A WOMAN's boob job saved her life when her implant stopped a bullet from tearing through her heart.

The 30-year-old woman, from Ontario, Canada, was lucky to escape what could've been a fatal gunshot after it was deflected by her silicone implant, according to a case study published in Sage Journals. 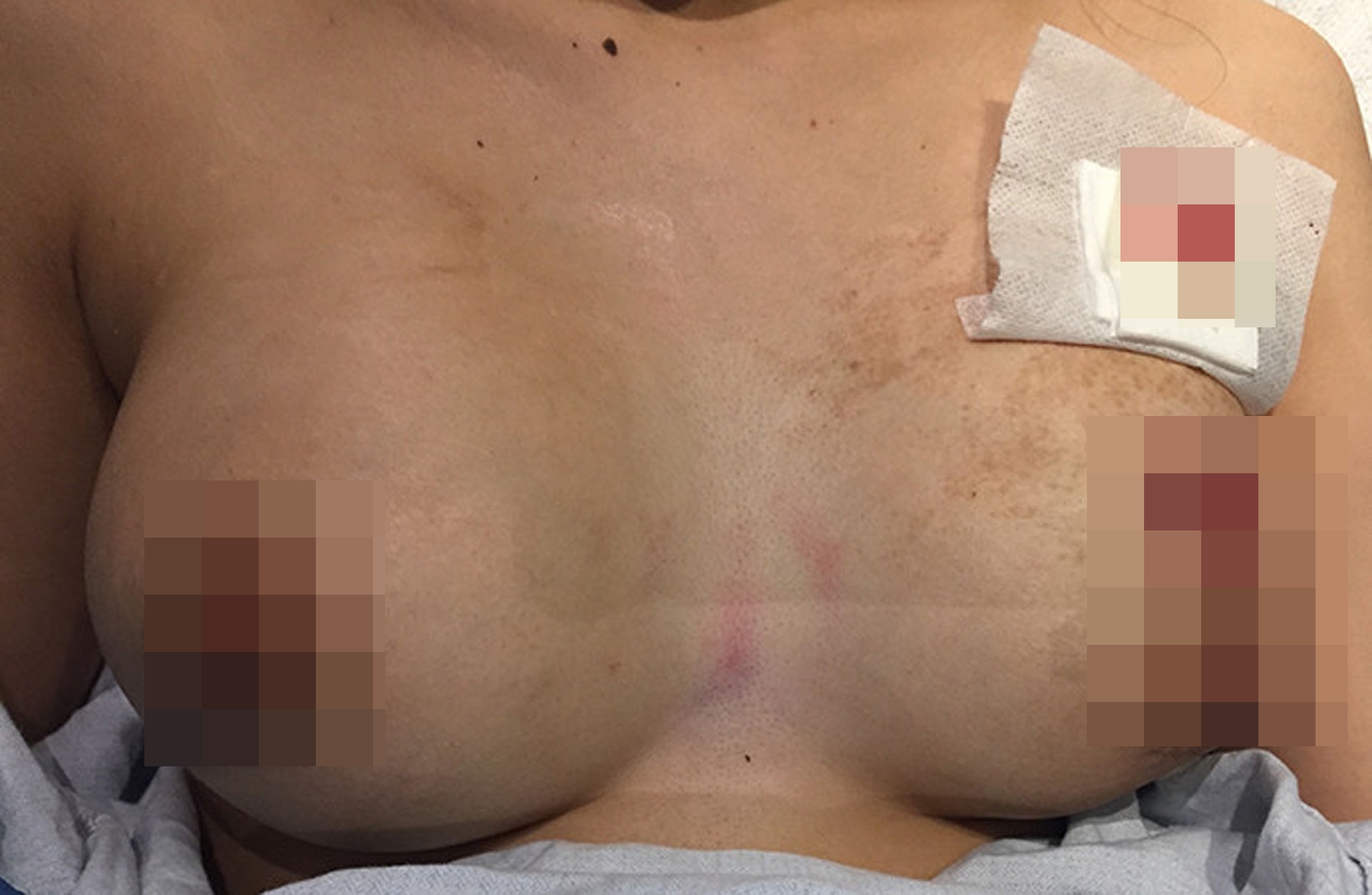 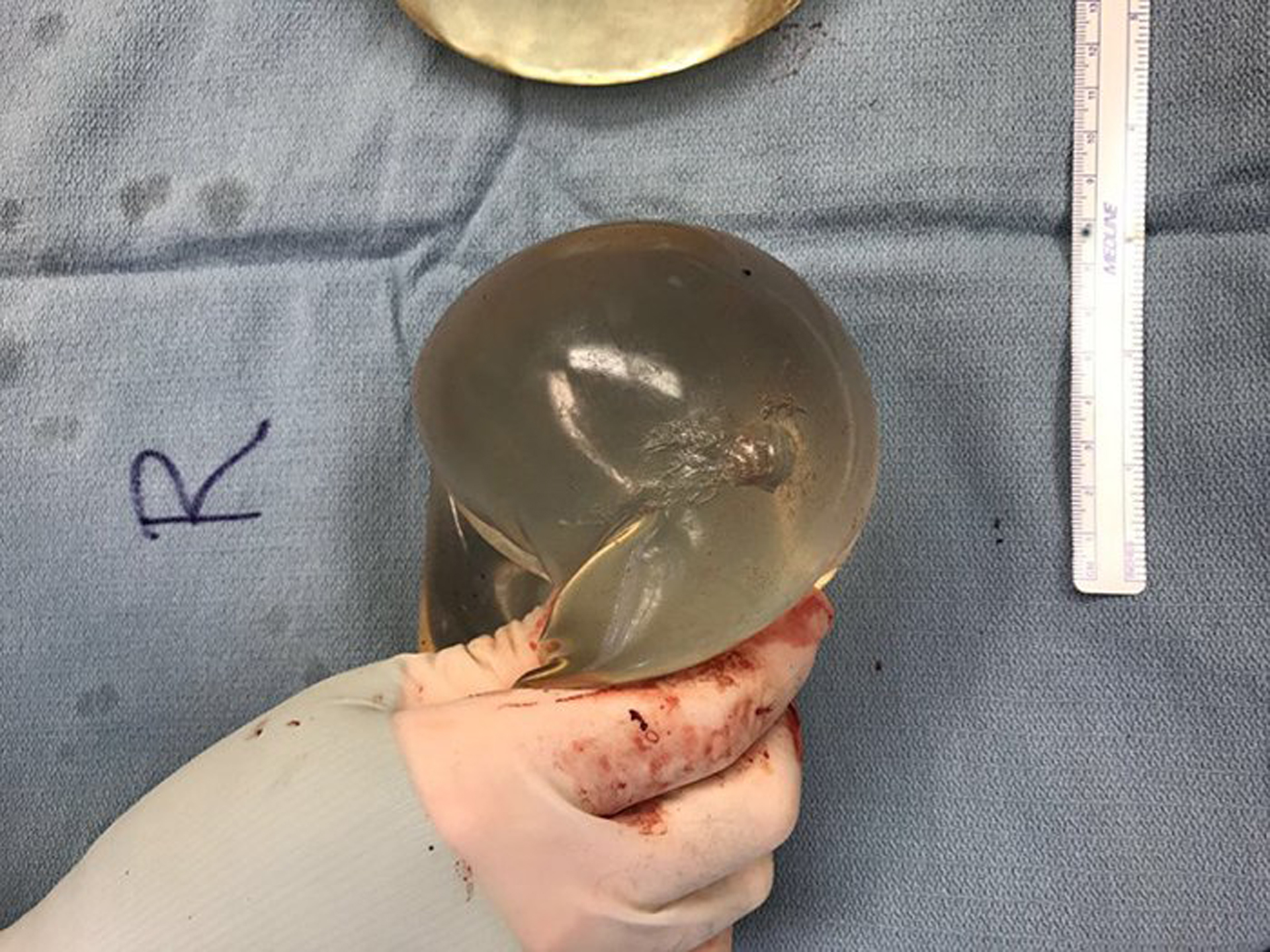 "The patient reported walking down [the] street and feeling heat and pain in her left chest, looking down and seeing blood," plastic surgeon Giancarlo McEvenue's research team explained in Plastic Surgeon Case Studies.

"The firearm was never recovered, and the shooter remains unknown."

The woman, who hasn't been named, was transferred to a trauma center in stable condition.

However, both her implants had to be removed and she was later found to have suffered a broken rib.

Referred to in the case study as a "comfortable patient in no distress," the woman's chest scans revealed the bullet first struct her left breast.

The projectile then ricocheted off the implant and made its way into her right breast – "which was found to be in a completely flipped position," according to the study. 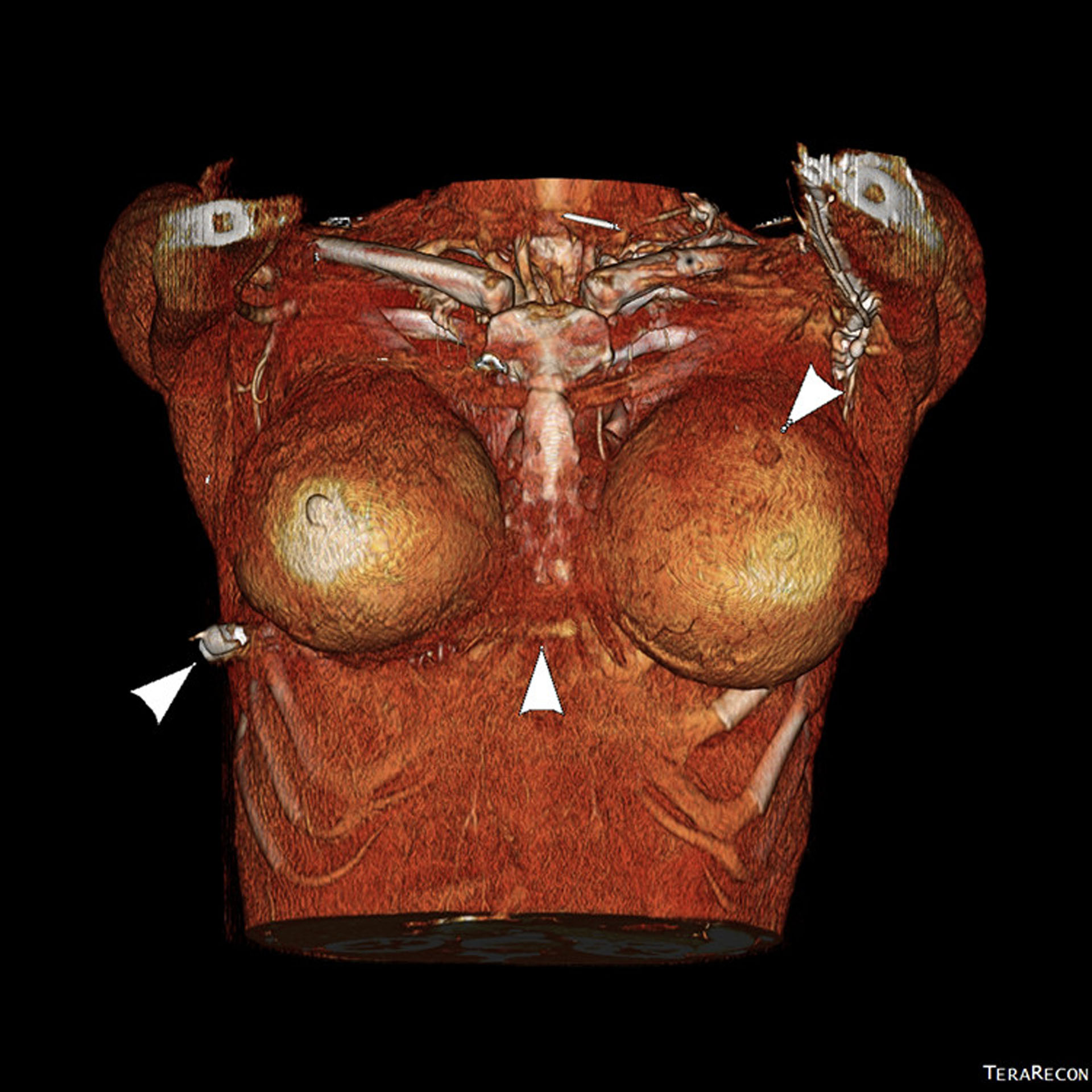 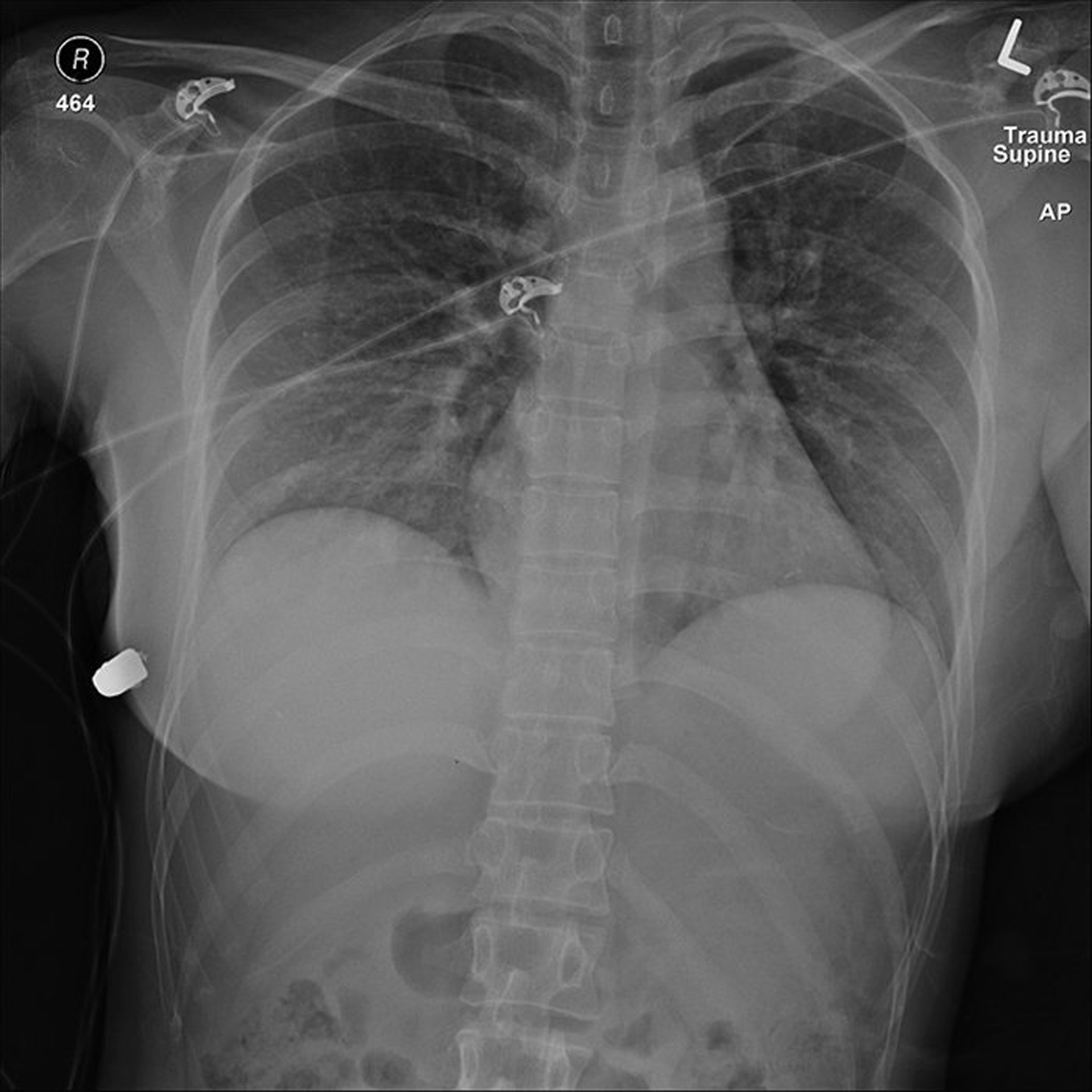 Police have been given the bullet to be forensically examined.

"Based on trajectory of bullet entry clinically and evaluation radiologically, the only source of bullet deflection of the bullet is the left breast implant," the study's author's said.

"This implant overlies the heart and intrathoracic cavity and therefore likely saved the women's life."

"This trajectory change could only have been due to the bullet hitting the implant in our patient's case, as the bullet did not hit bone on the left side (as evidenced by lack of left-sided fracture and a bullet that retained enough energy to cause right-sided fractures)," the authors added.

The case stated that four other patients, in other incidents, were also reported to have had their implants slow bullets down.

Two of those cases saved lives.

"Although rare, these observations lend support to the hypothesis that indeed breast implants can save lives," the authors said.