A boutique hotel in North Wales has been banned from installing solar panels to protect the view of an historic castle.

The architect of the Llety Arall hotel in Caernarfon, Wales, had drawn up plans for eco-friendly solar panels but planners in Gwynedd Council refused planning permission and said the panels would ruin the view of Caernarfon Castle.

The council has been accused of inconsistencies because their headquarters, only 50 yards away from the hotel, already has solar panels. 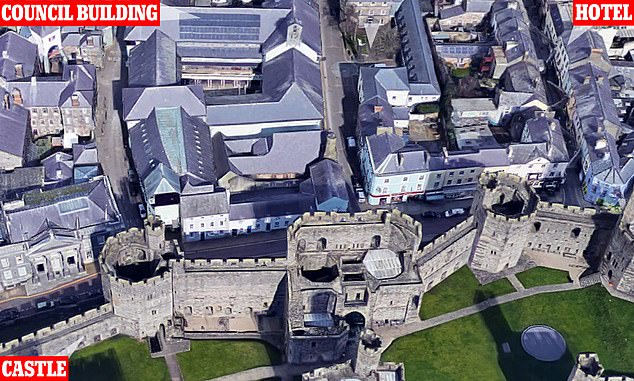 Close proximity: Gwynedd Council’s building refused permission for solar panels to be built on roof of the Llety Arall hotel, despite their own offices having panels in view of Caernarfon Castle 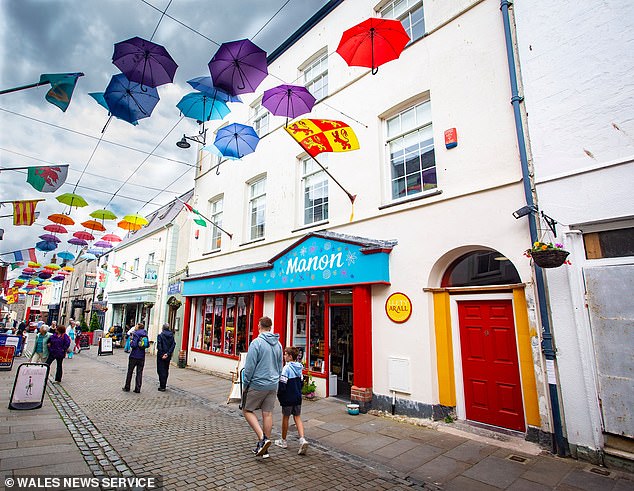 The Llety Arall hotel in Caernarfon, Wales, had pans for solar panels rejected by Gwynedd Council who claimed the panels would ruin the view from the castle

‘Our aim is to be as carbon free as possible. To contribute to this, it is essential to provide sufficient panels to generate as much electricity as possible.

‘But it that while it is acceptable for the council to install their own panels, it is not willing to allow other people to do it.’

Planning chiefs on Gwynedd Council said the addition of new solar panels would clutter the views from the 11th century castle’s Eagle Tower.

The hotel is appealing the decision and has pointed out that the council headquarters has similar panels – and is also in view of the castle. 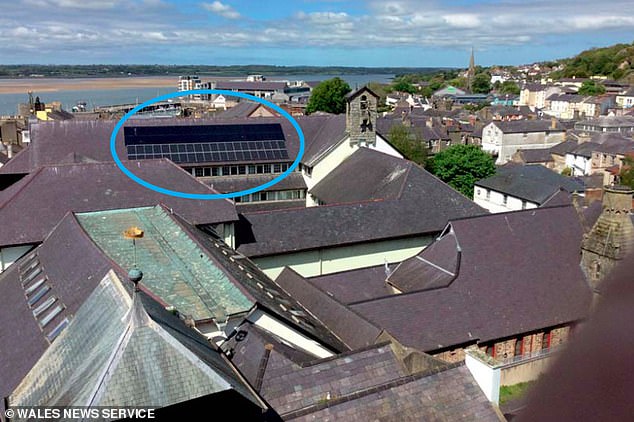 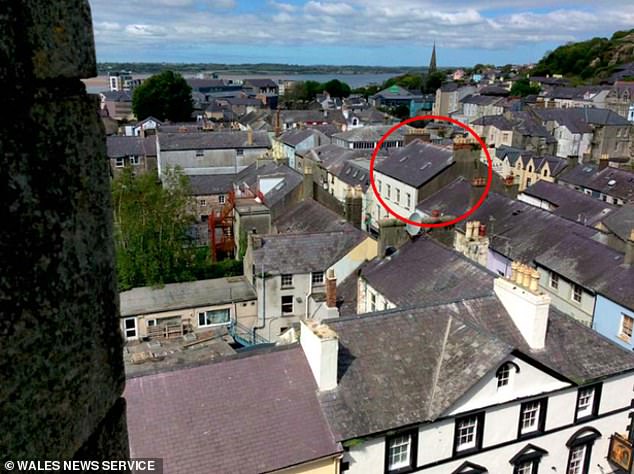 The appeal said: ‘The council appears inconsistent in applying this policy.

‘The council has also taken advantage of their permitted development rights as a local authority to approve the erection of an extensive collection of solar panels on their own headquarters building.

‘The location is part of an important view segment of the Eagle Tower at the Castle.’

The Llety Arall was transformed from a gym into a seven-bed hotel offering a unique ‘Welsh experience’ after being taken over by a community group. 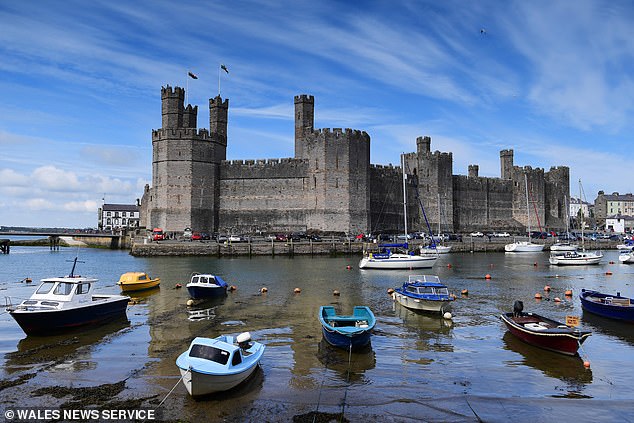 The proposed solar panels would ‘clutter’ the view from the castle’s Eagle Tower. The 11th century castle held the investiture of Prince Charles as Prince of Wales

It advertises itself as: ‘A Community enterprise which offers flexible accommodation for individuals, couples, families and groups in the heart of Caernarfon.

‘The ideal accommodation to discover the best of Caernarfon as the most Welsh speaking town in the world.’

An appeal will be heard by independent inspectors who are expected to make a decision later this year.