A MAN who licked a New York subway claims he used a fake tongue, saying he just wants YouTube views and didn't intent to spread the killer coronavirus.

YouTuber Zeeshan Ali, known as 'Princezee', faced a swift backlash when he posted a video appearing to lick a subway pole in New York City. 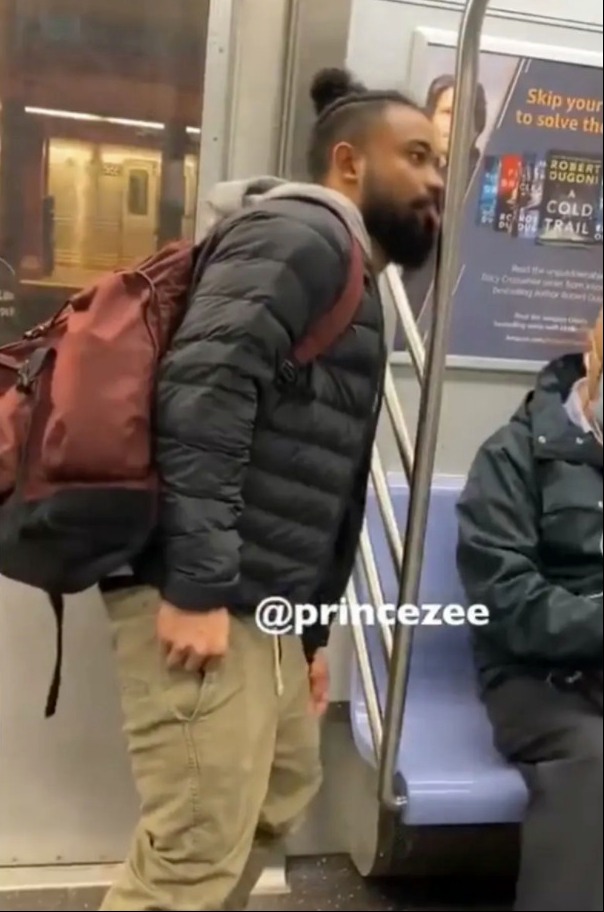 New York City has become the epicenter of the outbreak in the United States with 678 deaths and more than 33,000 cases reported as of Sunday night.

The footage shows the foolish prankster running his tongue slowly up one of the poles inside a subway car on the N train.

Disgusted passengers watch on as one wearing a surgical mask shuffles away.

The video, originally posted to Princezee's Instagram page on March 18 accompanied by a green-faced sick emoji, has since been shared and viewed almost two million times.

But the stunt man told Insider he used a fake tongue in the video and never placed his real tongue on the pole.

He said: "I don't want to be spreading the coronavirus to anyone, and I know I'm not going to lick a damn pole.

"I'm smarter than that, with all that's happening."

Instead, he says the ill-timed video was about bringing about a reaction and is part of his "content strategy".

He added: "My comedy is absurd comedy.

I just came to a point where I'm like, I'm just going to live me and I'm going to do me until I die.

"The content that resonates the most and got me to where I am today is the public reaction, bringing out emotions. If it's happy, even if it's dramatic, it always works."

He added: "I don't know, I'm just trying to make people laugh. I feel like that's just my constant, my job.

"I don't mean any harm to anybody, and I don't mean to scare anybody, but this is my type of content … I've been through so much s**t in the past.

"I just came to a point where I'm like, I'm just going to live me and I'm going to do me until I die."

Ali added the video was filmed the week of March 1, and "way before New York was shutting down and starting to panic".

But dropping the video two weeks after it was filmed roused outrage, including that of Piers Morgan who called him "another f***ing moron."

Princezee said he'd received death threats via direct message, and some on Twitter called for his arrest.

His stunt comes as officials in New York, Washington state, and California scramble to stop the spread.

New York City has quickly become the epicenter of the coronavirus outbreak in the US, where there have been more than 140,000 cases reported and 2,489 deaths.

Last week a subway passenger was filmed tugging off his coronavirus mask, licking his fingers, and then wiping his mucus on a carriage pole.

The entire train had to be taken out of service and disinfected after this disgusting act was brought to the attention of staff.

And footage emerged of a man licking grocery store products on Walmart shelves saying "who is scared of coronavirus" as he licks a shelf of plastic bottles.

Virginia man Cody Pfister, 26, was charged with making a terrorist threat following the "disgusting" act at a Walmart.

A TikTok user who licked a toilet seat in a "coronavirus challenge" has also been hospitalized with the deadly disease.

The disgusting video from earlier this month shows the man walking into a public restroom with a duffel bag before squatting next to a toilet seat and licking it twice. 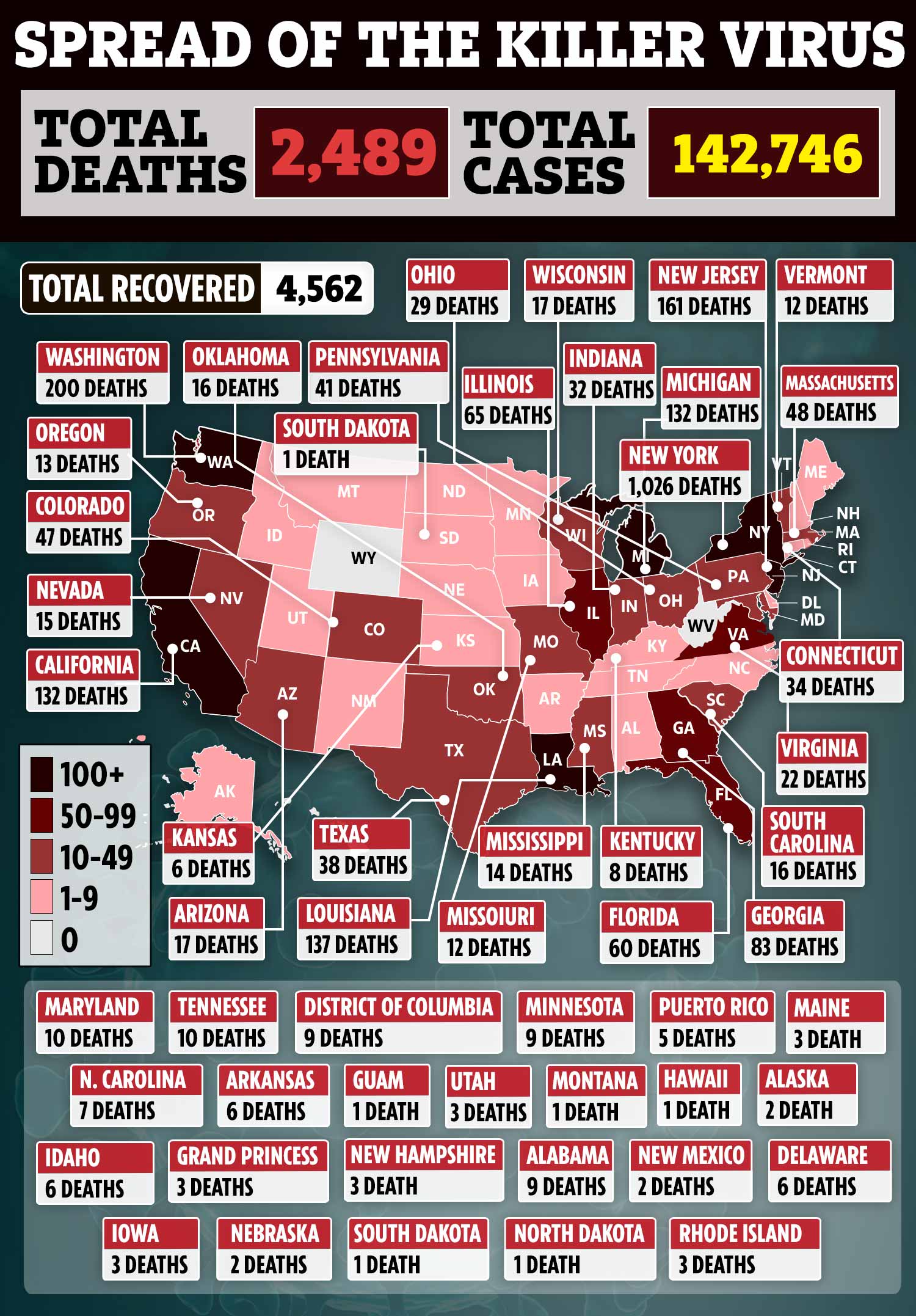 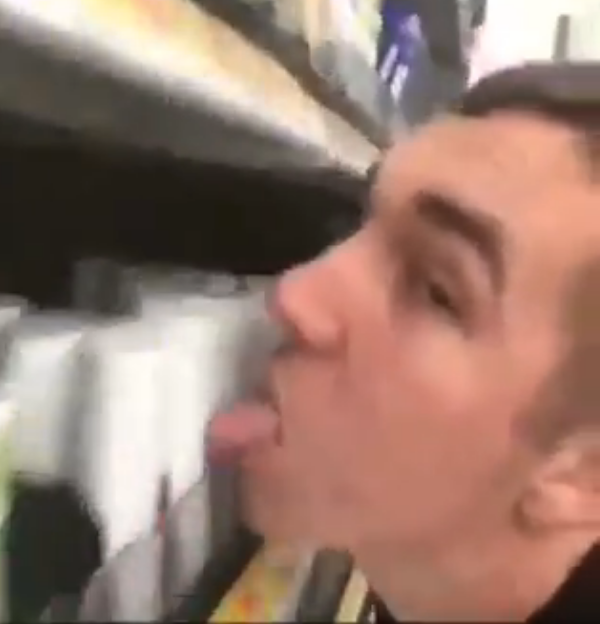