Dog owners across Britain were today warned not to let their pets eat hot cross buns this easter because the raisins can be toxic for them.

Vets have said that it could kill them and Nicole Hellyer from Surrey has backed the message.

Her dogs, four-year-old Labrador-cockapoo cross Timmy, and Sydney, a five-year-old Jack Russell, had to be rushed to the vets for life-saving treatment after they shared a packet of hot-cross buns they found on her worktop in Camberley.

Vets are keen to avoid the traditional spike in cases where pets have to undergo emergency treatment because of eating hot cross buns. 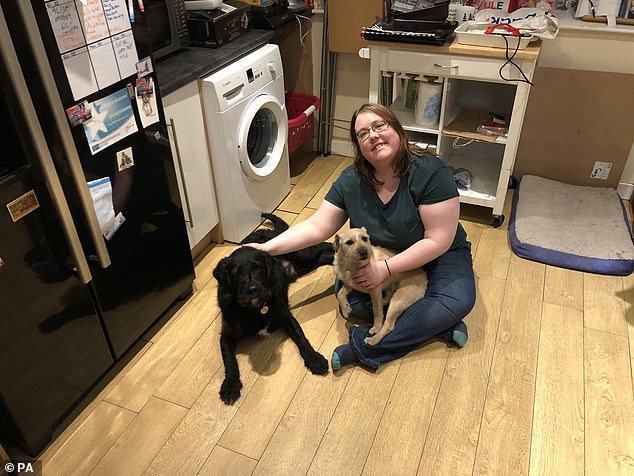 They can be deadly for dogs because they contain poisonous raisins.

Nicole said: ‘Although we have a stair gate on the kitchen, they got in there and Timmy obviously decided to do a bit of counter surfing and helped himself.

‘When I got in, the floor was covered in mess and when I walked into the bedroom, I found empty wrappers from the hot cross buns.

‘I got them straight in the car and although the dogs seemed fine – Timmy seemed full of beans, Sydney was just a little more worse for wear – I was so worried on the drive there.’

The dogs were given an injection to make them sick and were both later well enough to return home. 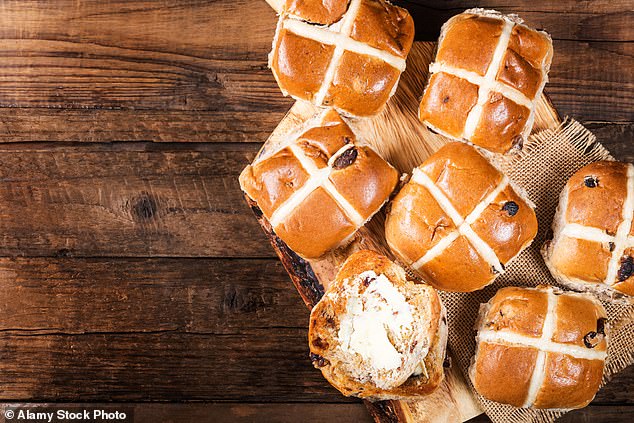 Nicole, 35, said ‘It’s a real wake-up call as to what can happen, especially as Timmy is a crafty one. I’d warn other owners not to leave hot cross buns around at any time.’

In another case, Amy James-Moore from Winchester took her 18-month-old Labrador Hetty to see the vet after she demolished half a pack of hot cross buns.

Why are raisins lethal for dogs?

The exact substance that causes the toxic reaction in dogs is not yet known.

However dogs of any age, breed, or gender may be affected.

One of the most serious complications of grape/raisin toxicity is it can cause severe kidney damage leading to kidney failure.

Symptoms include: vomiting, loss of appetite, dehydration and abdominal pain.

Amy said ‘I spotted the bag was empty and the children promised they hadn’t eaten them. I knew right away it was bad news.

‘The vet made her sick and you could see a huge amount of raisins coming up.

‘She was feeling a bit sorry for herself and it was so scary as you just don’t know what might happen.’

Dr Laura Playforth, professional standards director for out-of-hours pet care firm Vets Now, said ‘It’s unclear exactly what causes the toxic effects of raisins but just one can kill a susceptible dog so real caution should be taken with foods, like hot cross buns, that contain them.

‘The good news is the prognosis for grape and raisin toxicity is generally good if treated early.’