The United States has launched what it says are defensive airstrikes against Iran-backed militias along the Iraq-Syria border.

Two targets were attacked in Syria, with a third also bombed in Iraq. Kirby added that multiple Iran-backed milita groups including Kata’ib Hezbollah (KH) and Kata’ib Sayyid al-Shuhada (KSS) had been targeted.

Kirby said the targets had been chosen because they had previously launched drone strikes against US personnel and bases in Iraq.

It is unclear if anyone was injured or killed in those strikes. President Biden returned to the White House from Camp David on Sunday evening, and answered ‘Tomorrow’ when asked by reporters to comment on the strikes.

Unverified Twitter photos showed flames and smoke rising from the site of what one user claimed was a target site.

‘The targets were selected because these facilities are utilized by Iran-backed militias that are engaged in unmanned aerial vehicle (UAV) attacks against U.S. personnel and facilities in Iraq.

‘Specifically, the U.S. strikes targeted operational and weapons storage facilities at two locations in Syria and one location in Iraq, both of which lie close to the border between those countries. 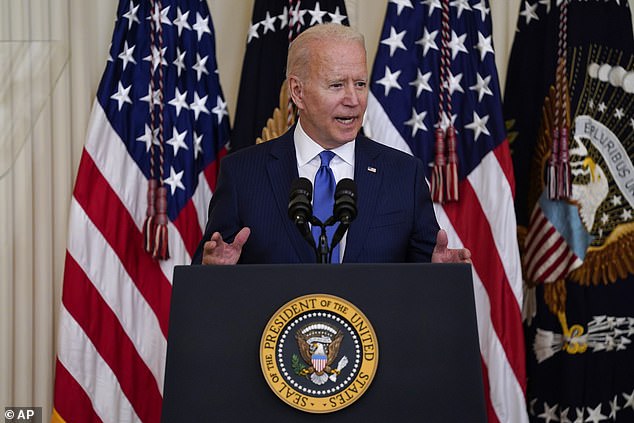 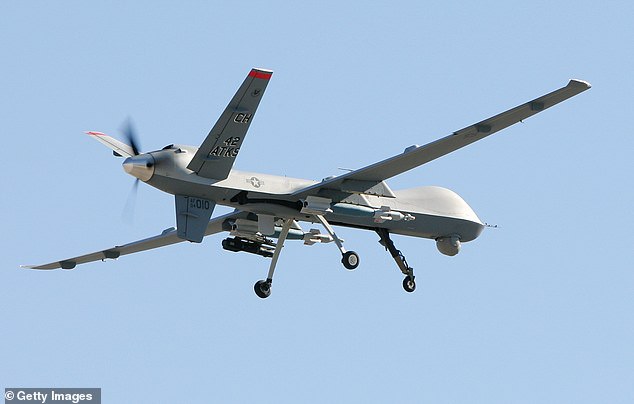 A US Air Force Reaper drone is pictured amid fresh airstrikes in Syria and Iraq on Sunday, which the Pentagon claimed were against groups targeting its personnel and bases in Iraq (File photo)

‘As demonstrated by this evening’s strikes, President Biden has been clear that he will act to protect U.S. personnel. Given the ongoing series of attacks by Iran-backed groups targeting U.S. interests in Iraq, the President directed further military action to disrupt and deter such attacks.

‘We are in Iraq at the invitation of the Government of Iraq for the sole purpose of assisting the Iraqi Security Forces in their efforts to defeat ISIS. The United States took necessary, appropriate, and deliberate action designed to limit the risk of escalation – but also to send a clear and unambiguous deterrent message.

‘As a matter of international law, the United States acted pursuant to its right of self-defense. The strikes were both necessary to address the threat and appropriately limited in scope. As a matter of domestic law, the President took this action pursuant to his Article II authority to protect U.S. personnel in Iraq.’