A University of Washington professor has been told that only prewritten “Indigenous land acknowledgement” statements may be used in the classroom after he published a syllabus with an opposing, allegedly offensive claim.

The school had recommended that faculty include on their syllabi an “Indigenous land acknowledgement,” an increasingly common gesture at left-wing institutions in which the speaker or writer acknowledges the native tribes believed to have occupied an area before colonial America.

The university provided an example statement that says, “The University of Washington acknowledges the Coast Salish peoples of this land, the land which touches the shared waters of all tribes and bands within the Suquamish, Tulalip and Muckleshoot nations.”

Professor Stuart Reges, who teaches at the university’s Paul G. Allen School of Computer Science & Engineering, objected to the school’s recommendation and responded by publishing his own version of a “land acknowledgement.” 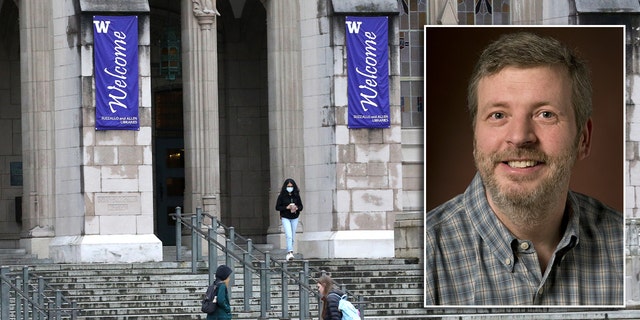 Reges’s version of the land acknowledgment, which he included on his syllabus, said, “I acknowledge that by the labor theory of property the Coast Salish people can claim historical ownership of almost none of the land currently occupied by the University of Washington.”

The labor theory of property is an academic theory that postulates authentic ownership of land or geographical area is determined by the use of labor to harness natural resources.

Reges explained in a faculty email that he was going to include his version “because the Allen School lists this as a diversity best practice. But I have my doubts about whether it really is a good idea to do so.”

Reges received an email approximately a month later in which the school director told him that his statement must be removed.

“It is offensive, and it creates a toxic environment in your course, which is a required course in our major,” Allen School Director Magdalena Balazinska wrote in the email to Reges. “You are welcome to voice your opinion and opposition to land acknowledgements, as you have, in other settings. The current statement in your course syllabus is inappropriate and must be removed.”

Not long after, a free speech advocacy group came to Reges’s defense.

“UW pays lip service to inclusivity, but censorship is incompatible with inclusivity,” Foundation for Individual Rights (FIRE) Education Program Officer Zach Greenberg wrote in a letter to UW. “UW needs to re-evaluate its list of ‘best practices for inclusive courses’ in light of its tolerance for viewpoint discrimination.”

Despite FIRE’s protestations, UW stands firm on its decision to remove the controversial statement, reiterating that while Reges has the right to express his viewpoint on other platforms, it is not permissible to include in his class, which is required for many students.

“The University of Washington is committed to providing an inclusive and equitable learning environment. The statement Stuart Reges included in his syllabus was inappropriate, offensive and not relevant to the content of the course he teaches,” Balazinska told Fox News on Wednesday in a statement.

In particular, Balazinska said that the labor theory of property exposed by Reges was an offensive and disrespectful lens through which to tell the native tribe’s history. 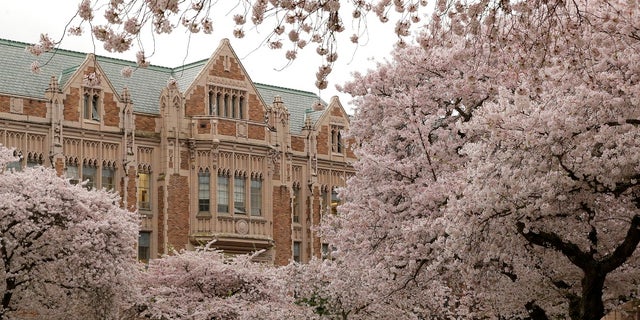 FILE – In this April 3, 2019, file photo, students walk between classes on the University of Washington campus in Seattle. (AP Photo/Ted S. Warren, File)

“The invocation of Locke’s labor theory of property dehumanizes and demeans Indigenous people and is contrary to the longstanding relationship and respect the UW has with and for the Coast Salish peoples and the federally recognized tribes within the state of Washington,” she wrote.

The school noted that it has received multiple complaints about the syllabus and believes it is unnecessarily hindering the course.

“The Allen School and the UW reserve the right to amend academic materials in this way, as the syllabus for an intro to computer programming course is not the appropriate place or manner for a debate about land acknowledgements,” Balazinska told Fox News via email.

The school director emphasized the voluntary nature of the land acknowledgment for faculty, who are not compelled to mention the topic at all in their classes.

Reges, similarly, is not backing down from the conflict.

“I believe that the remedy for speech we find offensive is more speech, not censorship,” Reges told FIRE. “We should be encouraging students to be anti-fragile rather than shielding them from ideas that they might find upsetting.”

Reges says that while other faculty members have largely stayed out of the conflict, he’s received some support in private.

“I have received a few supportive statements from faculty, but most faculty have not commented on the situation one way or the other,” Reges told Fox News via email Wednesday.

FIRE has requested response from UW by Jan. 25.