The amusing moment teenagers hold a ‘flex off’ in front of a tinted glass shopfront window without realising the store is full of people has sparked hilarity online.

In the viral clip shared by TikTok user debbiem63 the group of four boys and one girl dressed in beach gear and carrying towels stop at a window and watch themselves.

Two of the boys roll up their sleeves and flex their biceps while looking at their reflection before as third joins in.

A fourth appears to opt for a leg flexing pose. 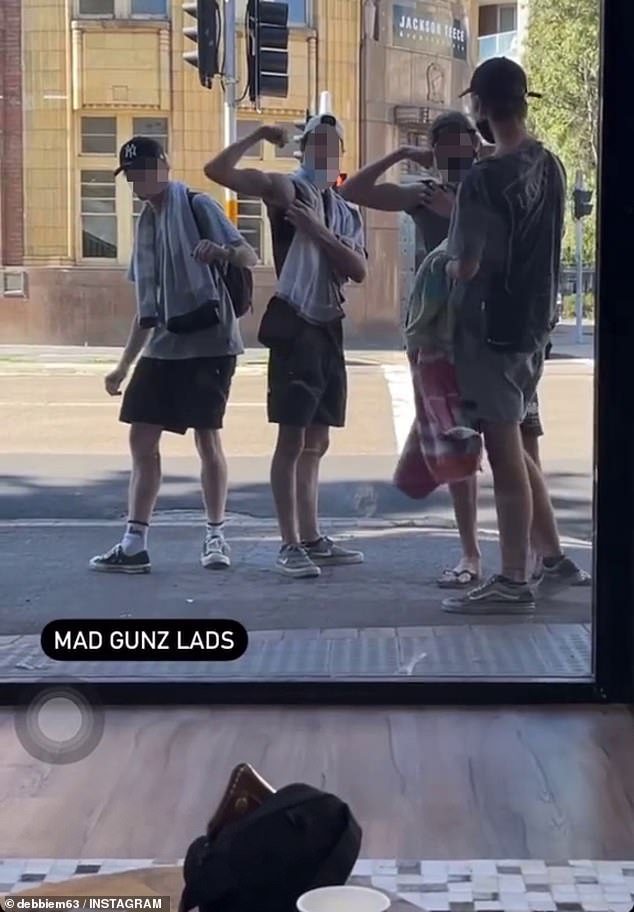 The girl checks her hair before trying some dance moves and one of the boys then decides he should probably check if anyone is in the shop and presses his face against the glass to get a better view.

‘My son has a tattoo studio with tinted windows where you can’t see in but you can see out and every day this is an occurrence.’ the user says on the clip.

‘Young people walk passed doing flex offs in his windows while he’s sitting on the other side watching. Taking selfies all sorts of amazing things to watch, it’s very, very funny.’

She added the store called New Traditions in Newcastle, NSW is a busy skate and streetwear shop that can have up to eight tattoo artists on shift inside. 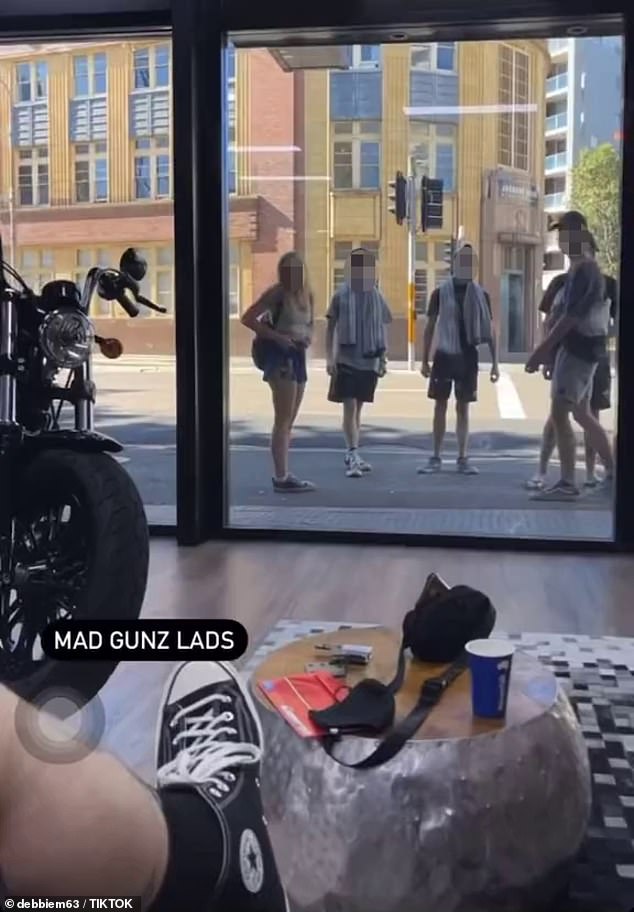 The video has been viewed by more than 156,000 people and liked by nearly 22,000 in less than a week, with many viewers commenting they found the video hilarious.

‘I used to have an apartment across the street and saw this every day’ one person said.

‘Would be so funny to knock on the window as they were doing that,’ another said.

‘One of them is my son, thanks for the laugh,’ added a third.

‘I check myself out in this window all the time on my way to Spotlight,’ a fourth said. 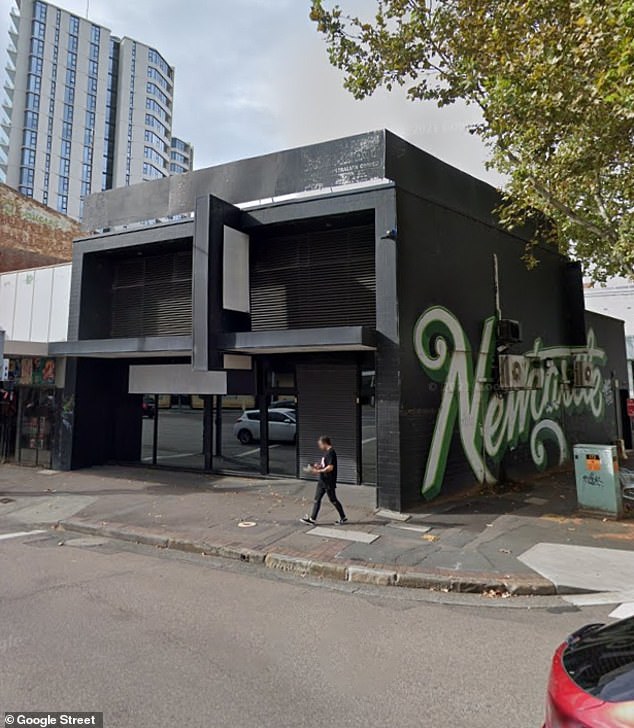 The shop, New Traditions in Newcastle, has a tinted glass window at the front of the store but the people inside can see out (pictured)