Taipei: Weddings are often said to be one of the most stressful events in life, but one Taiwanese couple recently decided to go through the process four times in a few weeks in a sneaky bid to extend their time off work for a honeymoon.

Over a period of 37 days, he and his wife got married four times – and divorced three – claiming the full period of time off for each wedding.

Their creative, albeit not very romantic, attempt to maximise their honeymoon was confirmed by Taipei’s Labour Department on Wednesday after the tale went viral on social media.

The man’s employer noticed his ploy and said it was only willing to offer eight days off, claiming the man had “abused” the law.

But in an unexpected twist, the bank was initially fined $862 by the Taipei city labour department for violating leave regulations.

That was because as far as the law goes, there is currently no restriction on how often an employee can apply for marriage leave.

After the case became public, an online backlash ensued against the bank employee for taking advantage of the loophole and against the labour department for fining the bank.

In a Facebook post earlier this month, Vivian Huang, deputy mayor of Taipei, said she was “speechless” about both the ruse and the ruling.

“In this case, it is obvious that the employee deliberately used marriage leave to profit from it. This obviously violates the principle of good faith,” she wrote, adding that the “dinosaur” judgement would hurt people’s trust in the system to show the right level of flexibility.

Last week, the labour department did a U-turn and cancelled the penalty against the bank.

However, the employee, who has since parted ways with the company, was unwilling to let the matter drop and has since complained to the authorities that his former employer still owes him 24 days of leave, according to AFP.

Like people in much of East Asia, Taiwanese employees work notoriously long hours.

According to a Ministry of Labour report in 2019, the Taiwanese worked the fourth longest hours out of countries belonging to the Organisation for Economic Cooperation and Development (OECD) group.

The calculation revealed an average of 2033 hours clocked in a year, trailing only Singapore, Mexico and Costa Rica. 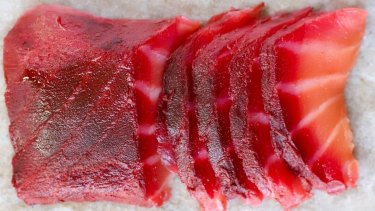 Marriages on the island of 23 million are also falling. Last year nuptials hit a new low, while the country’s population also declined for the first time in recorded history.

The bank employee’s antics have been compared to another scheme by innovative Taiwanese citizens last month when over a hundred people legally changed their name to Gui Yu or “salmon” on their ID card to take advantage of an all-you-can-eat sushi promotion.

Changing a name is relatively easy in Taiwan, although it is only allowed three times. The restriction was reportedly a shock to one student when he was informed that he had reached his limit and his name was now permanently “Salmon Dream.“