Facebook has banned the sharing or viewing of our news articles on its platform. For independent journalism straight from the source, download our app and sign up to our newsletters.

Infection control experts are calling for a national and transparent surveillance system to track and help prevent painful, debilitating and potentially life-threatening infections patients pick up in Australian hospitals.

An estimated one in 10 people admitted to Australian hospitals will acquire an infection during their admission, a 2019 analysis suggested. The most common being urinary tract infections, pneumonia and surgical site infections. 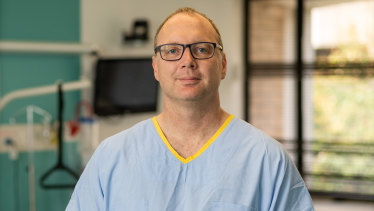 Infection control researcher Professor Brett Mitchell at the University of Newcastle is calling for a national surveillance system to help prevent infections in hospitals.

But when a group of Australian infection control experts attempted to piece together Australia’s rates of healthcare-associated infections (HAIs) and how patients acquired them across all states and territories, they found the data wasn’t available.

Instead, their report published on Thursday – the first peer-reviewed, evidence-based assessment of its kind – found a lack of transparency and publicly available data among the patchwork of state and territory surveillance systems.

HAIs are recognised globally as a major threat to patient safety and a significant burden on healthcare systems, leading to longer hospital admissions, more treatments and tests, and in severe cases long-term complications and death.

Many of these infections are preventable for the estimated 165,000 patients every year whose infections arose from hospital-acquired complications linked to poor hygiene measures, urinary catheter, joint replacement surgeries and caesarean sections.

“It is only going to become more difficult to treat infections in an era of anti-microbial [antibiotic] resistance,” he said. “We just don’t have good quality evidence to support infection control.”

“For instance, we didn’t have the level of training around personal protective equipment we have now. Why has it taken COVID to get to this point?” he said.

“We need to see continued investment and support for infection control activities at the national, state and local level. We also need targeted research providing evidence to prevent infections from occurring in the first instance.”

A national, publicly reported HIA surveillance system would pay for itself several times over if it helped prevent just a handful of infections, considering the cost of treating patients with serious complications, Professor Mitchell said.

“It doesn’t necessarily have to name individual hospitals. It’s not about naming and shaming but saying ‘what is our a problem? How do we compare and what can we learn from others?’”

Co-editor Professor Ramon Shaban, clinical chair of infection control and disease prevention at the University of Sydney, said “we need to understand where success is occurring and learn from this – as well as identify issues when they occur.” 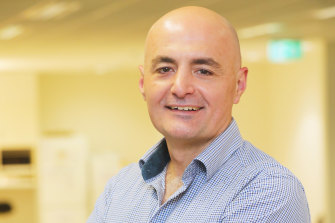 The report’s co-editor Professor Shaban, the Clinical Chair, Infection Control and Disease Prevention in the Faculty of Medicine and Health at the University of Sydney.

Australian National University infectious diseases physician and microbiologist Professor Peter Collignon said such a surveillance program had been done before, and it worked.

Australia’s rate of ‘Golden Staph’ bloodstream infections (Staphylococcus aureus bacteraemia) in Australian hospitals plummeted from 6000-8000 cases per year to roughly 1500 cases in the five years since the implementation of a national golden staph surveillance system, which publishes its findings on the government’s MyHospitals website.

The surveillance system and a national benchmark of two cases per 10,000 days of patient care was the turning point for Australia’s efforts to control the potentially deadly infection, Professor Collignon said.

The Australian Commission on Safety and Quality in Health Care (ACSQHC) also runs a national system that tracks hand hygiene among hospital staff.

“It had a huge impact,” Professor Collignon said. “You see a problem, you measure it, you fix it, you measure it again and that is how you improve patient outcomes … and we need to expand it,” he said.

Professor Collignon pushed for national surveillance systems and benchmarking to track hospital-acquired complications that lead to infections following common procedures such as hip and knee replacements and caesarean sections.

“You’d hear [hospital administrators and clinicians] say ‘we have sick people, you have to expect infections, there’s nothing we can do’ but I don’t accept that,” Professor Collignon said.

“A significant proportion of these infections are avoidable. We’ll never get to zero, but if you measure and intervene and measure again you can get a dramatic drop in infections.”

Professor John Turnidge, Senior Medical Advisor at the ACSQHC said the commission was developing an HAI Surveillance Framework to support a national approach to surveillance and data collection where appropriate.

“States and territories are responsible for the delivery of health services in hospitals, and it is appropriate that they have capacity to identify their local priorities for HAI surveillance, based on their local epidemiology,” Professor Turnidge said.

Get our Coronavirus Update newsletter

Stay across the news you need to know related to the pandemic. Sent Monday and Thursday. Sign up here.