China says a study into the spread of Covid-19 clears it of any blame as scientists claim there were cases in Italy as early as September last year.

The Italian Cancer Institute says it found the presence of coronavirus antibodies in blood taken from healthy patients in Italy as early as October last year. The presence of antibodies would mean the patient had already contracted the virus.

If correct, the findings would change the history of the pandemic and raise questions of when and where the virus emerged, after it was first identified in the central Chinese city of Wuhan in December.

China has seized upon the study, with the country’s foreign ministry spokesman Zhao Lijian telling state media: ‘This once again shows that tracing the virus’s source is a complex scientific question that should be left to scientists.

‘It is a developing process that can involve multiple countries.’ 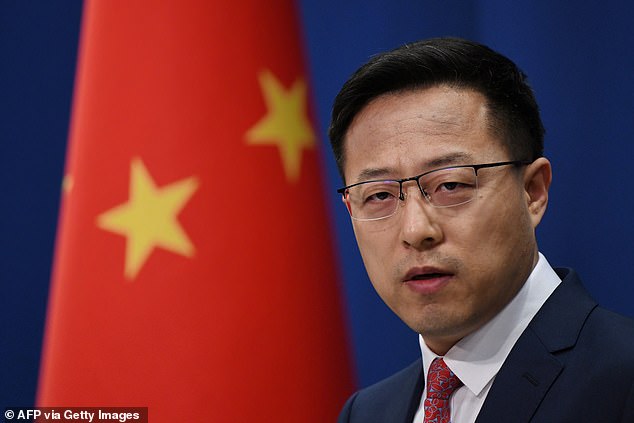 China’s foreign ministry spokesman Zhao Lijian welcomed the study from the Italian Cancer Institute, which found Covid-19 antibodies in blood samples taken in October last year. The presence of antibodies means the patients may have caught the virus the previous month

Professor Mark Pagel from the School of Biological Sciences at the University of Reading, said: ‘These results are worth reporting, but mostly should be taken as something to follow up with further testing.

‘All of the patients in the study were asymptomatic despite most being 55-65 years old and having been smokers. This would normally be a high-risk group for Covid-19, so it is puzzling why all patients were asymptomatic.’

A co-author of the study said he and his colleagues were planning further investigations and called for scientists worldwide to contribute.

The World Health Organization has said the new coronavirus and Covid-19, the respiratory disease it causes, were unknown before the Wuhan outbreak was reported.

But it has said the possibility that the virus may have ‘silently circulated elsewhere’ cannot be ruled out.

There have been at least 55,573,000 reported infections and 1,336,000 reported deaths caused by COVID-19 globally since the virus was first detected in China. 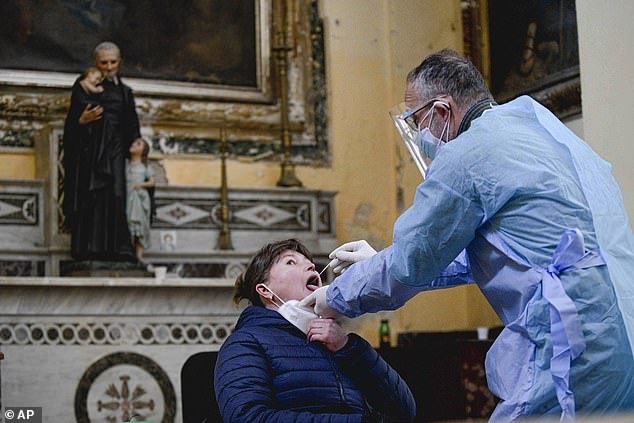 Italy’s first Covid-19 patient was detected no February 21, but this latest research casts doubt on that, claiming it could have been five months earlier. The country is currently living under a three-tier framework to curb the spread of the virus

Italy’s first COVID-19 patient was detected on February 21 in a small town near Milan, in the northern region of Lombardy.

But the Italian researchers’ findings show 11.6 per cent of 959 healthy volunteers enrolled in a cancer screening trial between September 2019 and March 2020 had signs of having already encountered the SARS-CoV-2 coronavirus, most of them well before February.

It showed that in six cases, the antibodies were able to kill SARS-CoV-2.

Four of the cases dated back to October 2019, meaning the patients had become infected in September.

‘This number (six) is fully compatible with test errors and statistical noise. For these reasons, it seems to me that the evidence brought to support such an extraordinary claim is not solid enough,’ said Enrico Bucci, biologist adjunct professor at Philadelphia’s Temple University.

‘Much ado about nothing,’ Antonella Viola, professor of general pathology at the University of Padua, told Reuters.

Both Italian scientists said the antibody test was in-house designed and never validated by other researchers in a peer review.

What was also noticeable was the very high seroprevalence in the research study’s population, they said, referring to the percentage of people who may have been exposed to the virus.

‘For there to be an epidemic (albeit apparently asymptomatic) on this scale in Italy a full year before the current pandemic that went unnoticed would be a serious issue indeed,’ said Stephen Griffin, associate professor at the University of Leeds.

Most of the scientists’ scepticism focuses on the so called specificity of the antibody tests, that, if not perfect, might reveal the presence of antibodies to other diseases. 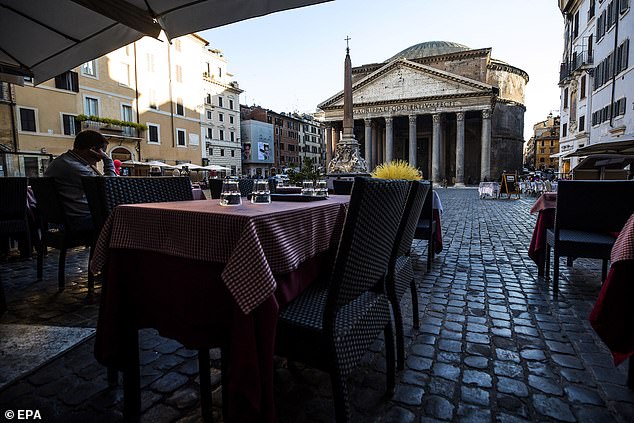 Scientists have cast doubt over the study, with one Italian biologist saying the evidence was ‘not strong enough,’ at this stage

‘I think we need a really conclusive demonstration that those samples are picking up the COVID-19 virus and that those antibodies were not actually triggered by another virus,’ Andrew Preston, reader in microbial pathogenesis at the University of Bath, told Reuters.

Preston said he was surprised that those requirements weren’t needed for the publication of a research paper.

‘But it is perfectly feasible to go away and do those extra tests and come back and show that,’ he added.

The INT’s scientific director and co-author of the study is planning further investigation into the study patients’ clinical history.

‘We need to understand if they had symptoms of illness. Where they had gone, if they had contact with China,’ Giovanni Apolone told Reuters, calling for colleagues globally to ‘open their databases and conduct retrospective researches’.