Drew Brees is out at NBC.

The former New Orleans Saints quarterback is done at the network after a single season working as a studio and game analyst for its NFL broadcasts, Andrew Marchand of the New York Post reports. Per the report, the decision was mutual. Brees preferred calling games over studio work while NBC "soured" on Brees as a color commentator after holding out hope that he could develop as the heir apparent to Cris Collinsworth on "Sunday Night Football" broadcasts, according to Marchand.

Brees joined the network after retiring from the NFL in 2021. He spent most of his tenure working as a studio and sideline analyst for "Sunday Night Football" games but worked some games in the booth, including a wild-card playoff matchup between the Cincinnati Bengals and Las Vegas Raiders. He also called Notre Dame games for the network. 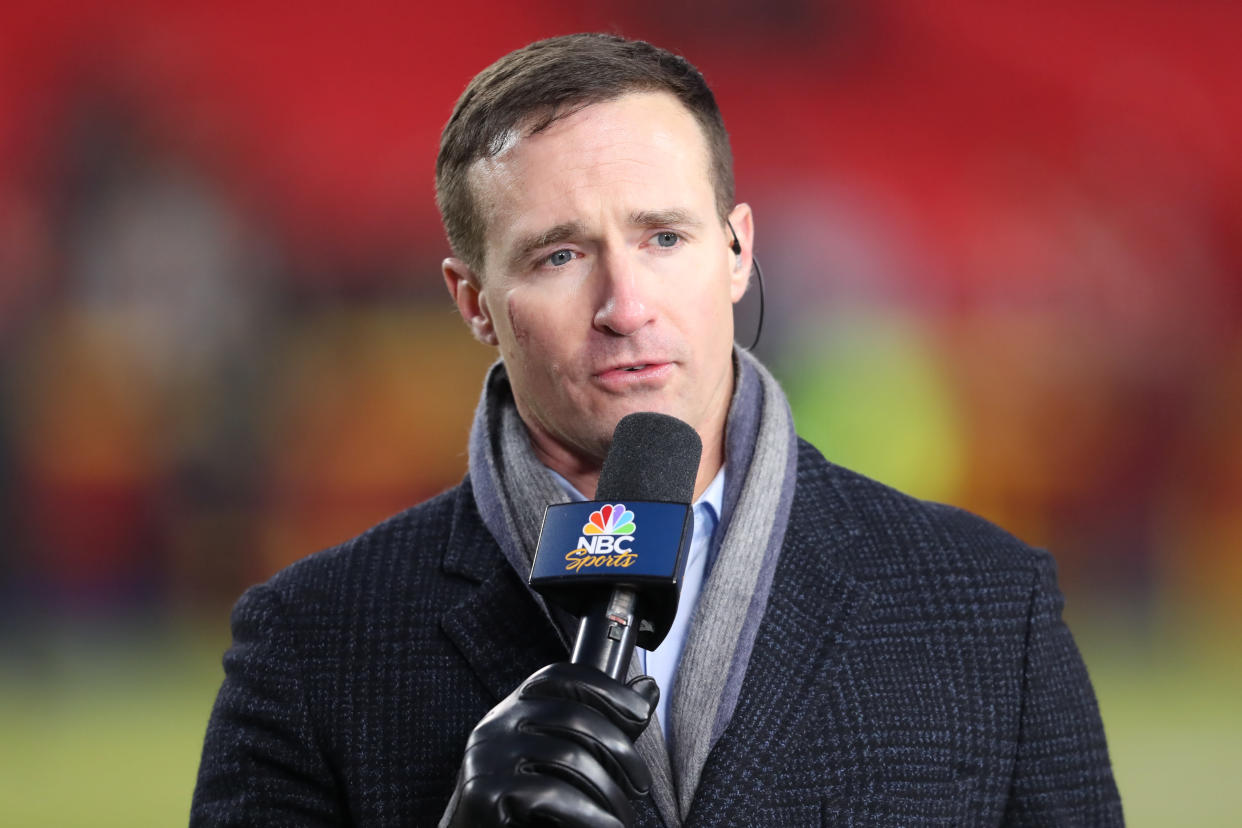 Per Marchand, Brees is a candidate to work at Fox after the departure of Joe Buck and Troy Aikman to ESPN for "Monday Night Football" shook up the network's broadcast rotation. Tom Brady reportedly signed a 10-year, $375 million deal last week to join Fox as an analyst for its No. 1 game coverage team when he retires from the NFL. Brady will remain with the Tampa Bay Buccaneers next season, leaving Fox with an opening for the 2022 season.

Per the report, Greg Olsen is a candidate to take over the No. 1 spot previously held by Aikman alongside play-by-play man Kevin Burkhardt. His promotion to the No. 1 team would leave an opening for Fox's No. 2 team.