A union boss has called Jacob Rees-Mogg a ‘bully’ for ‘trying to shame’ civil servants back to the office.

Jacob Rees-Mogg, who has been campaigning for civil service’s return to work and has recently started patrolling offices, left a note on empty desks at Whitehall saying he had missed them as they were not there.

PCS general secretary Mark Serwotka said his ‘Post-It note stunt has been exposed for what it is – an unprofessional and unfair political attack on our members’.

He said: ‘To try to shame them back into the office when they have been working hard and successfully at home throughout the pandemic is bad enough.

‘But, when there aren’t enough desks – when it’s not physically possible – looks like the action of a bully.’ 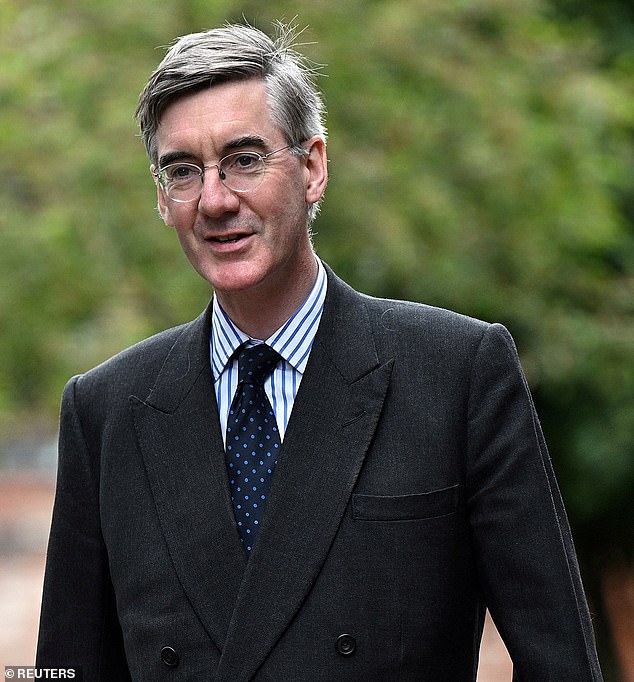 Jacob Rees-Mogg, who placed Post-It notes on the desks of colleagues who were working from home, has been labelled a ‘bully’ by the civil service union leader 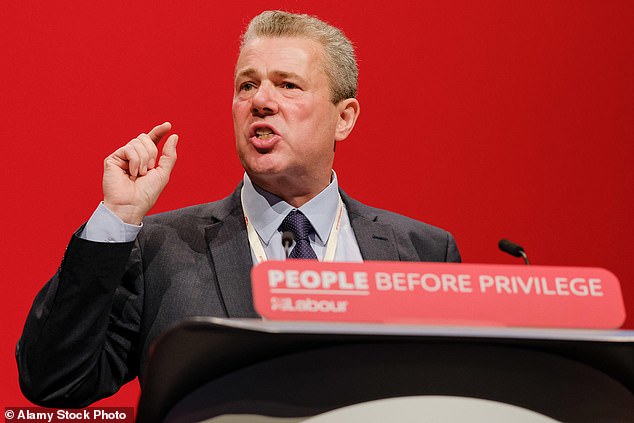 It came as staff at the Department for Education (DfE) have found themselves working in the corridor after there were twice as many employees as available desks on the return to the office.

As first reported by the website Schools Week, DfE staff had to sit in canteens or corridors after the Government ordered employees back to work.

Across the DfE’s 12 offices, staff outnumber desks by nearly two to one and in Leeds there are 24 desks for 110 staff, despite bosses stating that people should work at the office for at least 80% of the week.

Education Secretary Nadhim Zahawi said in April that he had told his team to return to pre-pandemic work arrangements in offices after figures showed just a quarter of staff were going in. 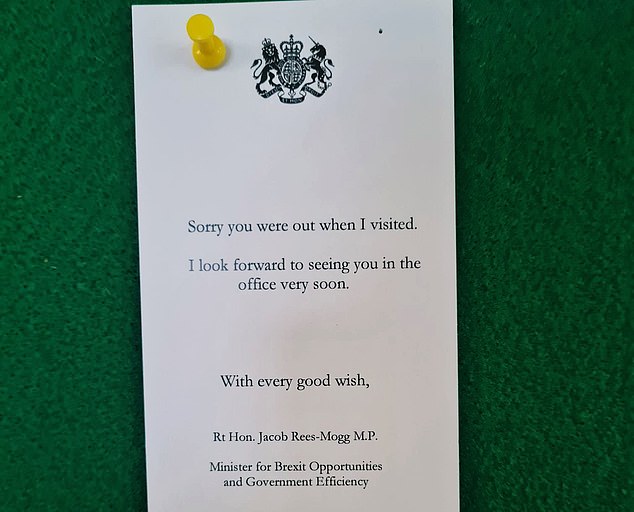 However, there are also fewer desks to go around, with figures released this week showing that the DfE now has 4,200 desks across its 12 offices, but 8,009 full-time staff.

Schools Week reported that some staff were sent home from the DfE’s Sheffield office, with some meetings held over Zoom because meeting rooms were full.

A Government spokesperson said: ‘Ministers have been clear that departments should make maximum use of office space and progress is being monitored.’

The Government said that hybrid working was not new practice for the department and did not stop offices being used at full capacity, with hybrid work arrangements in place prior to the pandemic.

The Government added that full occupancy in its offices did not mean that each civil servant had a designated desk and that hot desking was common in both the private and public sector.