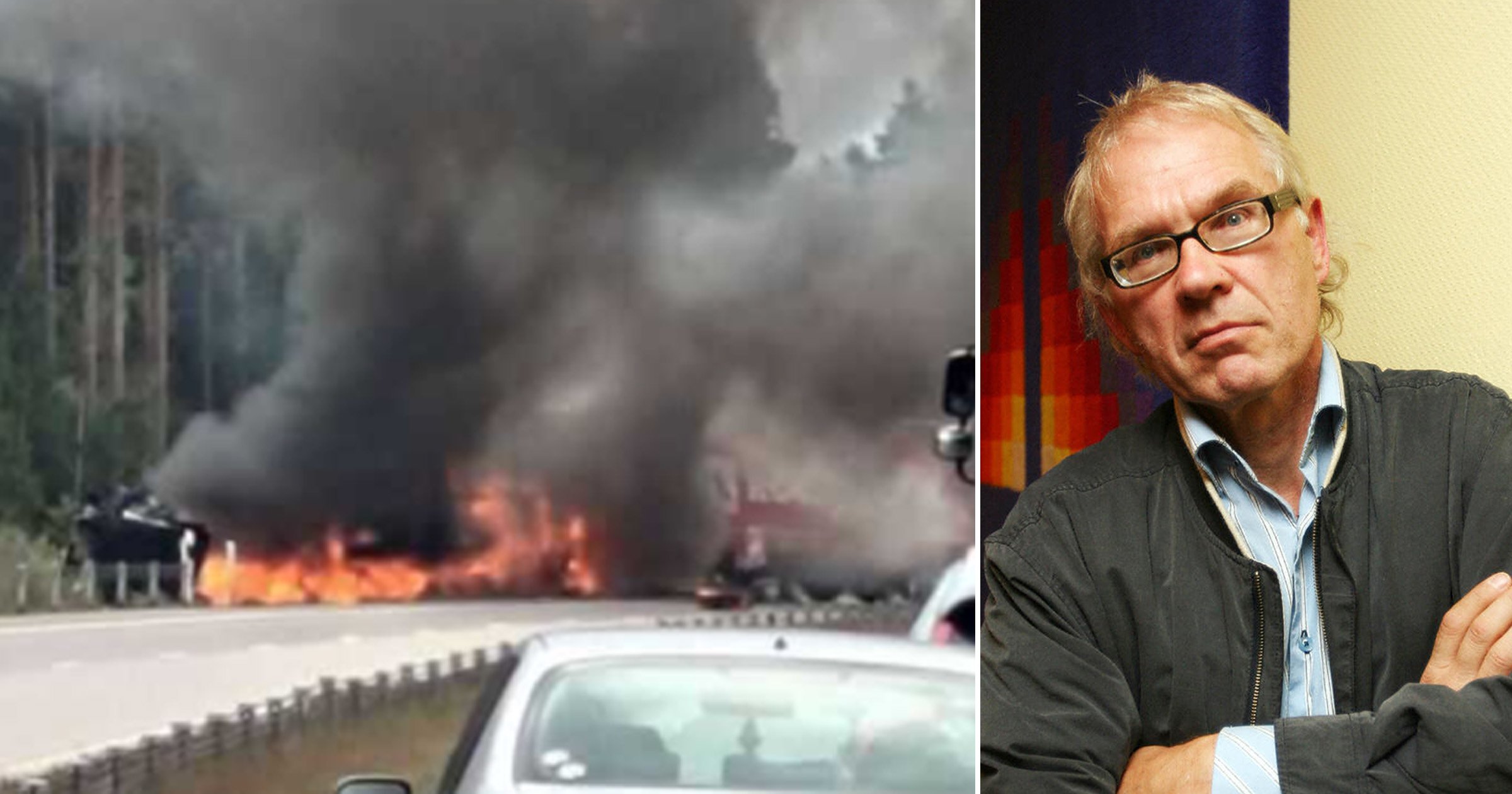 A Swedish artist who had survived two attempts on his life has died in a mystery car crash this weekend, reports say.

Lars Vilks – who had lived under police protection since 2007, when he sketched the Prophet Muhammad with a dog’s body – was killed along with two police officers.

The accident reportedly involved a truck colliding with the civilian police car in which Mr Vilks, 75, and his police protection were travelling, local media reported.

The cause of Sunday’s incident outside Markaryd is under investigation.

Pictures from the scene show flames and smoke, with the newspaper Dagens Nyheter saying that the artist’s partner had confirmed his death.

It comes 14 years after the sketch changed Mr Vilks’ life and brought a number of death threats.

The artist had been largely unknown outside Sweden before his drawing.

In his native country, he was best known for building a sculpture made of driftwood in a nature reserve in southern Sweden without permission – triggering a lengthy legal battle.

He was fined, but the seaside sculpture – a jumble of wood nailed together in chaotic fashion – draws tens of thousands of visitors a year.

But when he drew a sketch of Mohammed with a dog’s body, Al Qaida put a bounty on his head.

Dogs are considered unclean by conservative Muslims, and Islamic law generally opposes any depiction of the prophet, even favourable, for fear it could lead to idolatry.

In 2010, two men tried to burn down his house in southern Sweden.

And last year, a woman from Pennsylvania pleaded guilty in a plot to try to kill him.

Get in touch with our news team by emailing us at [email protected].