A "PROPER skint" driver left a cheeky note for a traffic warden urging them to not give him a ticket – but he failed miserably.

Jay Bentham left the desperate plea underneath his windscreen wiper last week urging the wardens to let him off as he didn't have enough money to pay for parking. 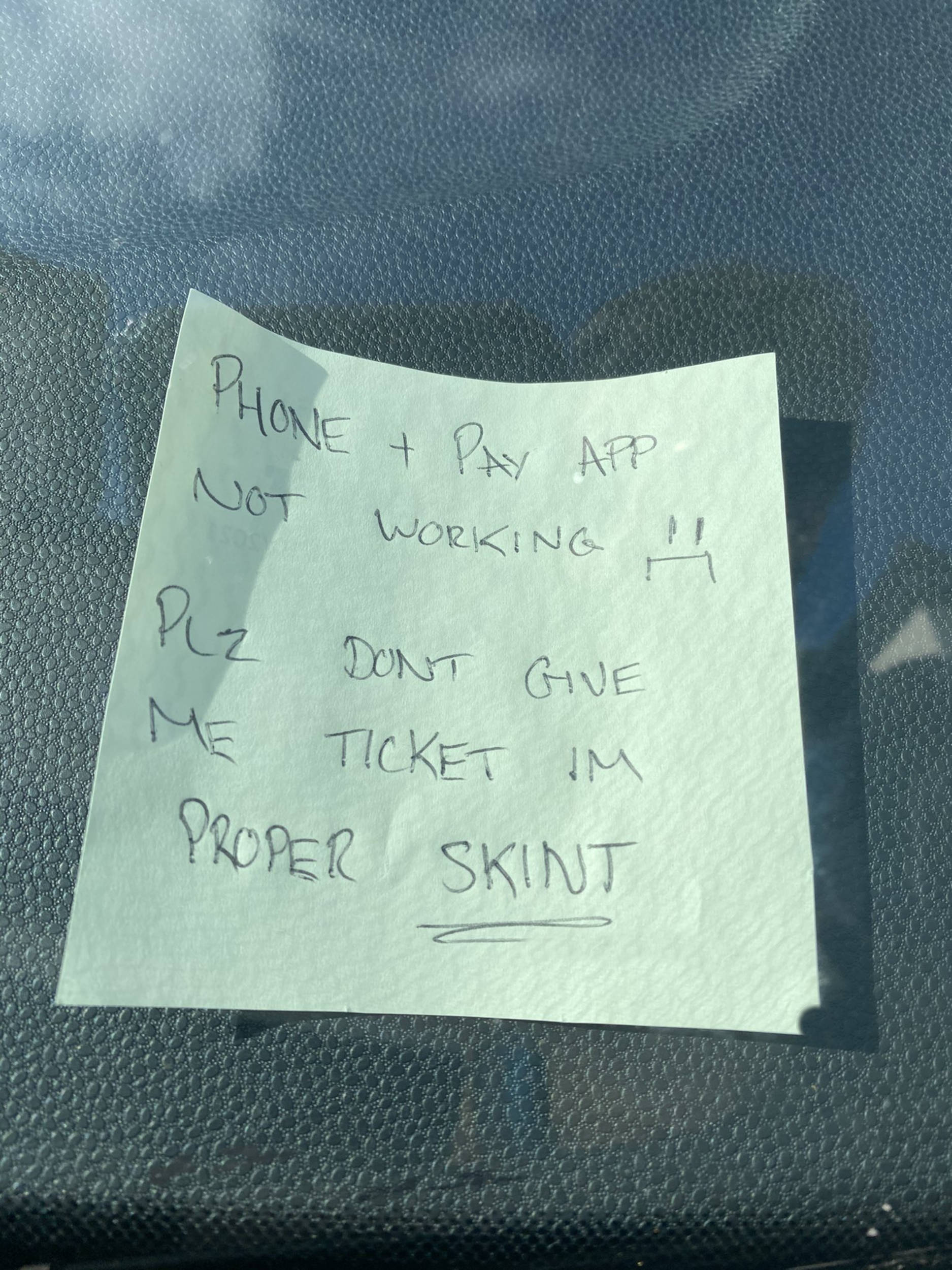 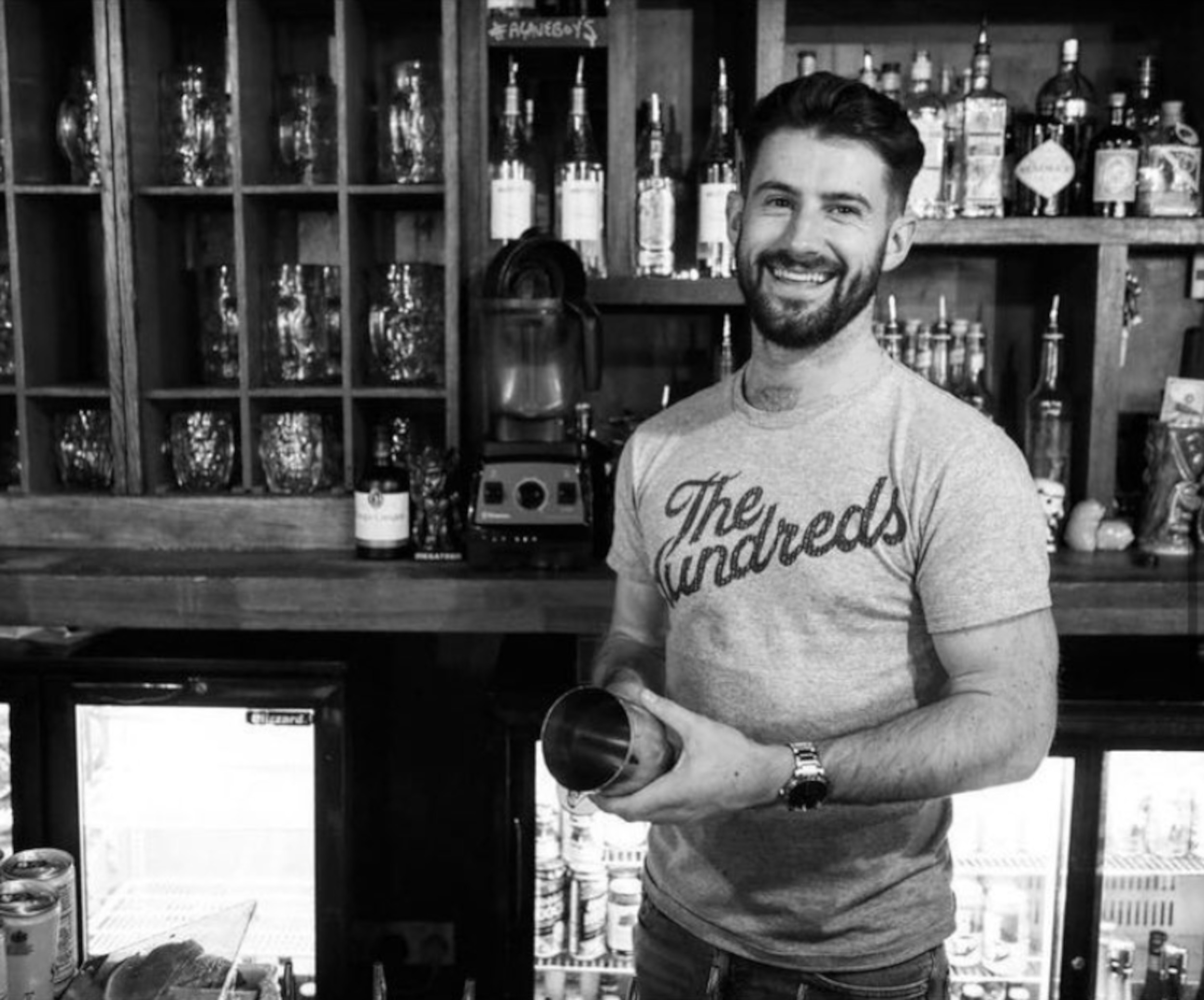 The 26-year-old from Mossley Hill in Liverpool was on his way to a work meeting when his parking app stopped working and he couldn't find any loose change.

The drinks company rep was furloughed last year and had only recently returned back to work so was short on cash.

In a bid to avoid a fine, Jay left a cheeky note hoping that any approaching parking attendants would show sympathy and let him off the hook.

On a Post-it note, he wrote: “Phone and Pay App not working.

“Please don’t give me a ticket, I'm proper skint.”

Jay's search for sympathy did not go down well at all – and he later snapped a photograph showing a black and white parking ticket placed next to his note.

The official Liverpool City Council envelope with “Penalty Charge Notice enclosed" was left waiting for Jay when he returned back to his car later that day.

The notice for the fine could be seen hilariously close to Jay's note, with half of the ticket overlapping the bid for a free pass. 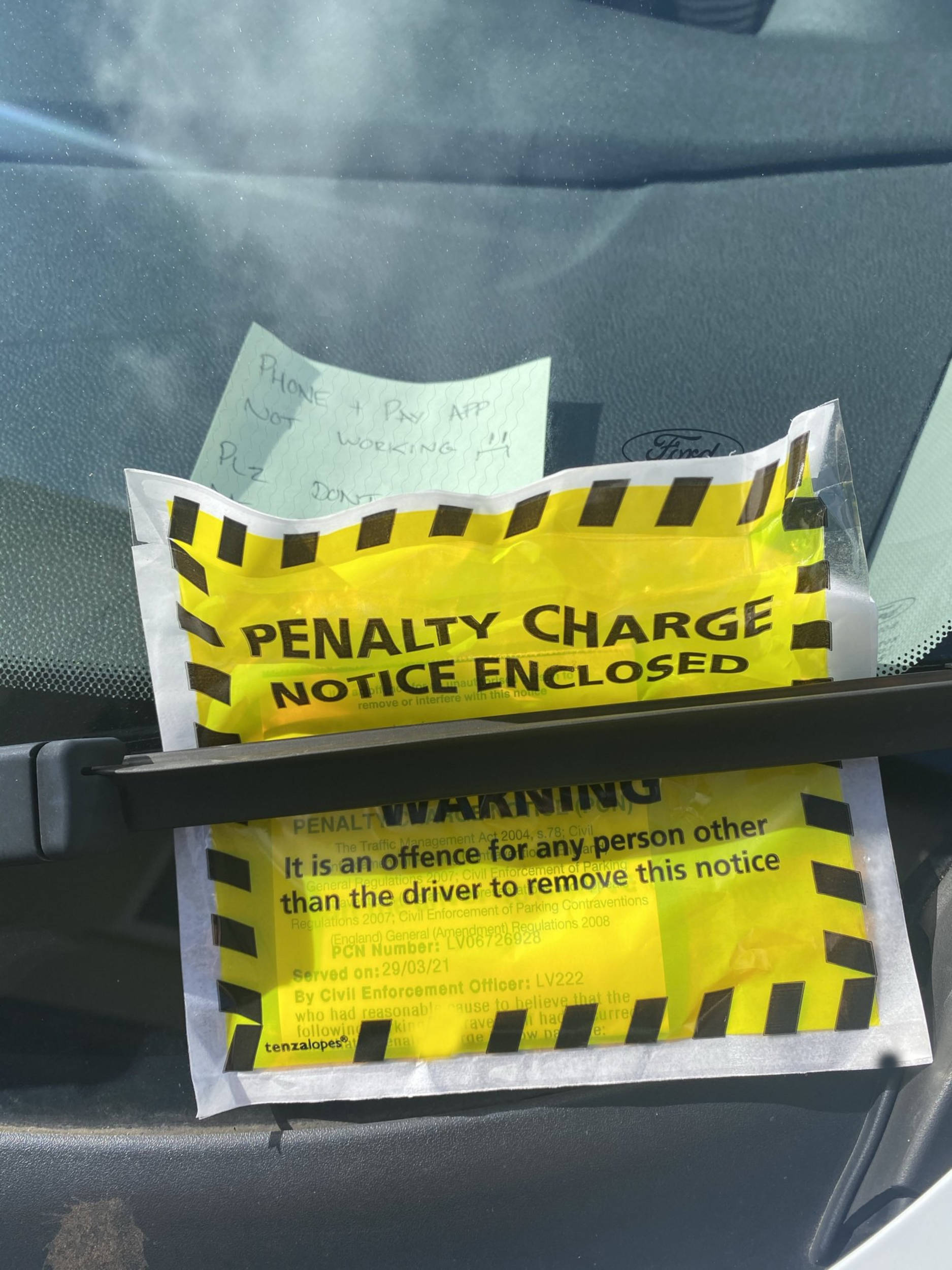 Jay later posted the humorous comparison photos to Twitter the following day, writing: “How it started.

Twitter users sympathised with Jay’s unfortunate fine and gave advice on how to avoid fines in the future.

One person wrote: “Contact the local authority, explain that you were unable to pay because of their lack of maintenance of the app and provide them with photos.

“It’s on the authority to make it fair and easy to pay for parking, otherwise you can claim unreasonable infraction.”

Another replied: “I paid for the wrong reg the other day, told a warden and he wrote me a note to stick on and said that will cover you till when you paid.

“Came back to a ticket.

They don't even listen to their own mates.”

A third commented: “Bet he/she was laughing there head off putting that ticket on.”

And another person joked: “Just take your number plates off when you park, they can’t do much about that.”

“Unless they clamp it, but that’s something in the future you will sort out so don’t worry.” 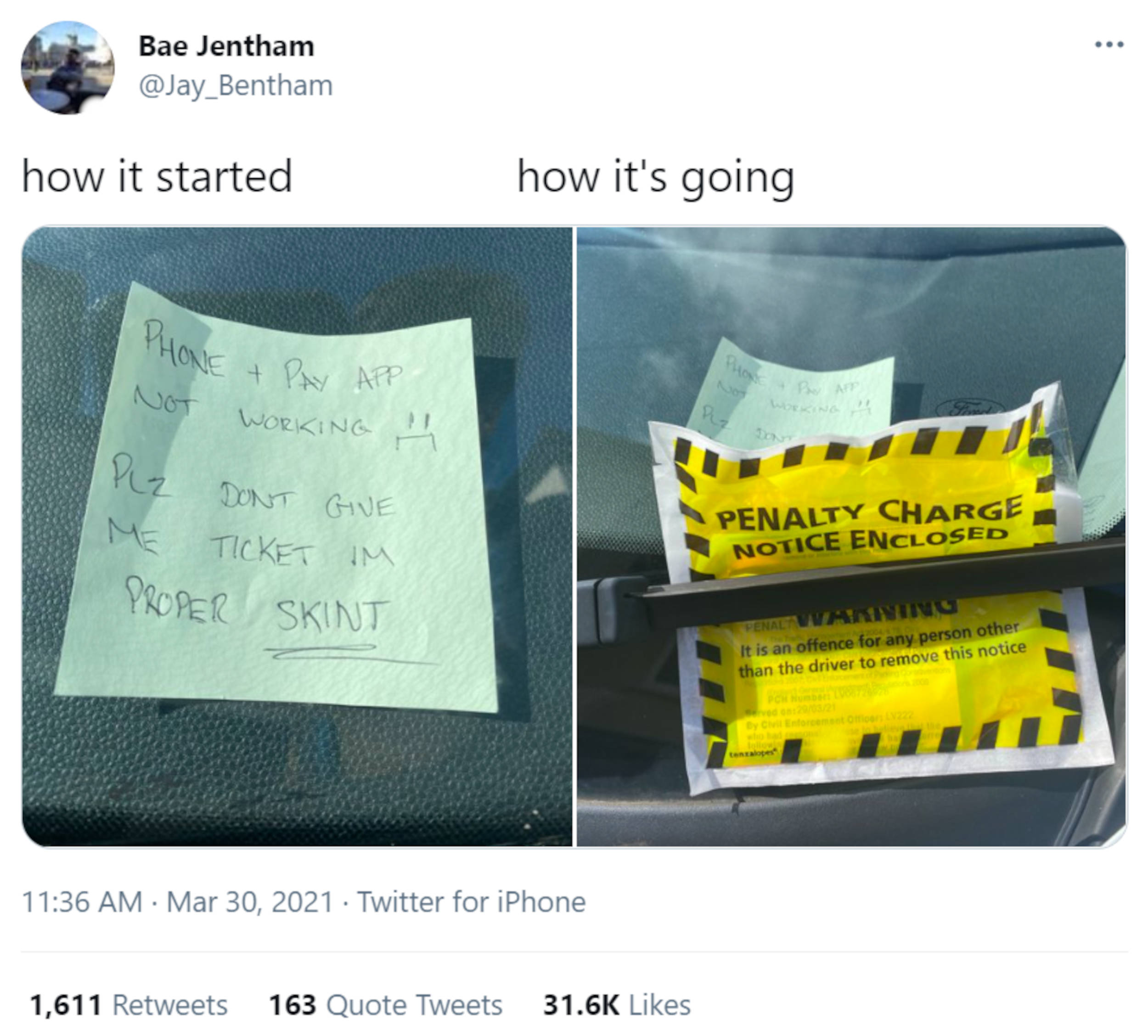 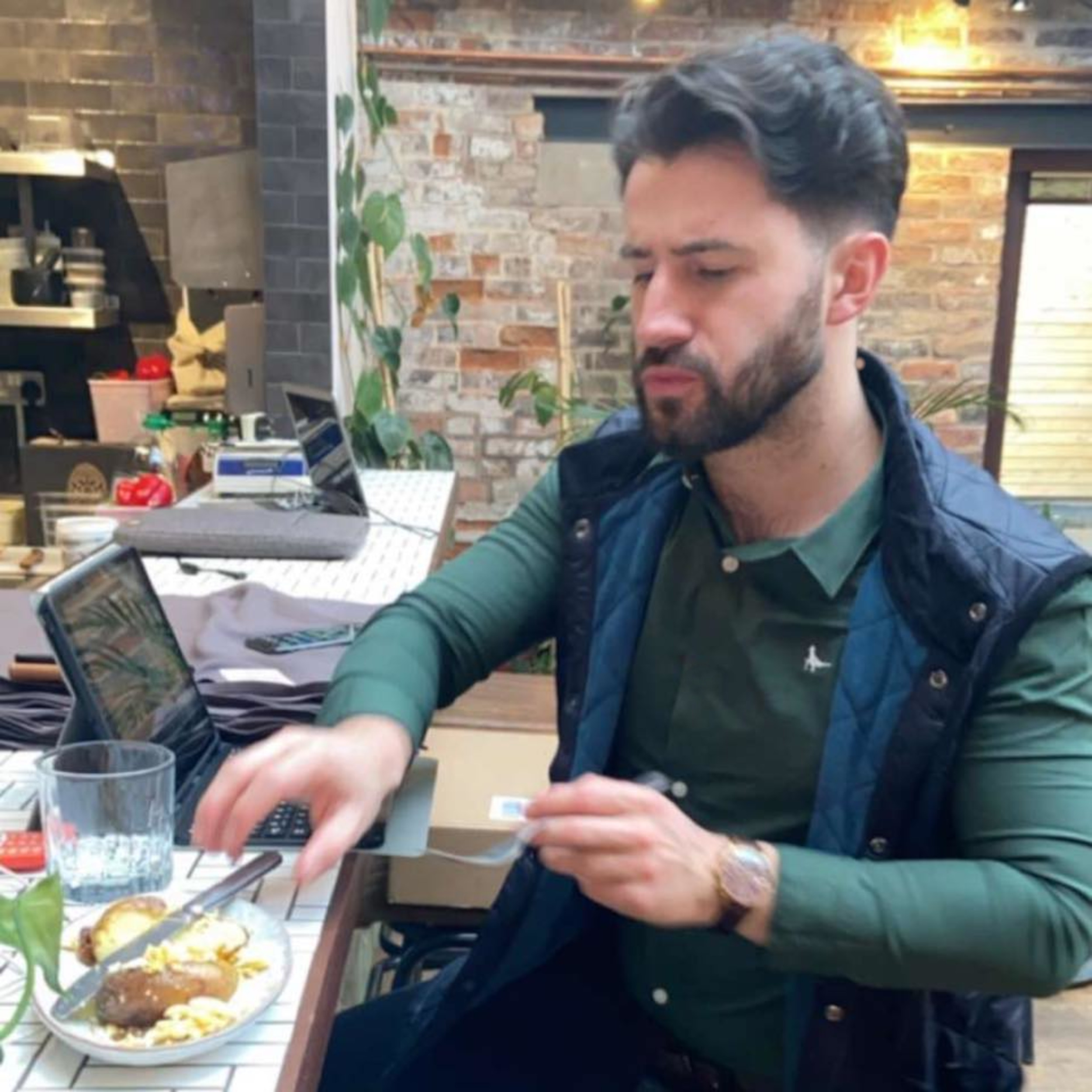 Speaking yesterday, Jay said: “I was heading to a work meeting and went to use the phone and pay app but it said there was an error.

“I don’t carry any cash or coins because it's the year 2021 and genuinely have not needed any with being stuck in the house for a year.

“My meeting was nearing and I just thought I’d write a polite note and see how I got on.

“To begin with I was a bit like this is typical of my luck to be honest… but then I saw the funny side of him just plastering it on top of the note.

“Literally slapped it on my heartfelt note.

“You would just like to see a bit more empathy and discretion from these people.

“Not everyone can afford to pay these fines, luckily I just about can."