THOUSANDS of supporters have taken painting the town red to another level as they filled the streets of New York City with every color of the rainbow for this year's Pride March. 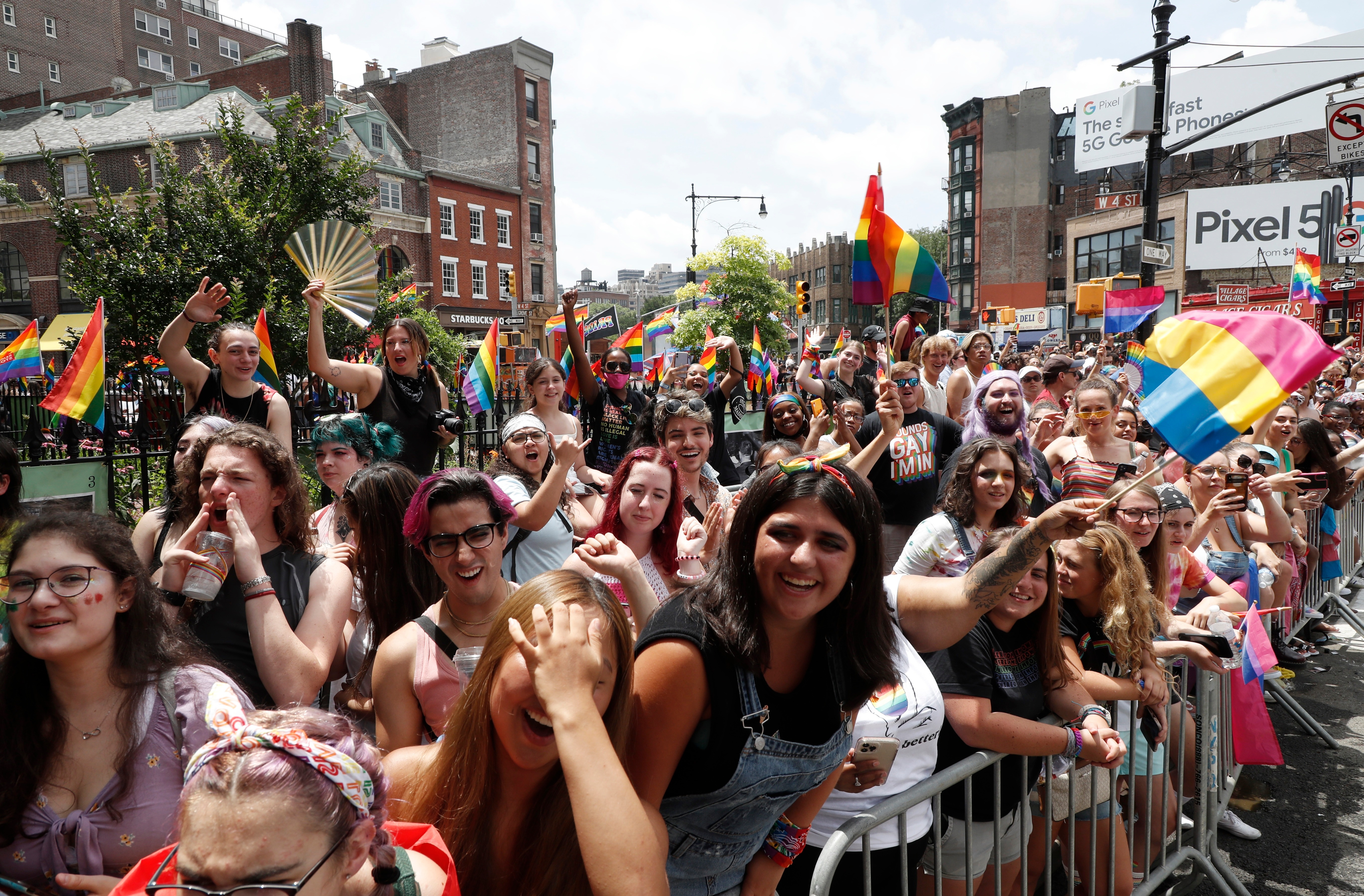 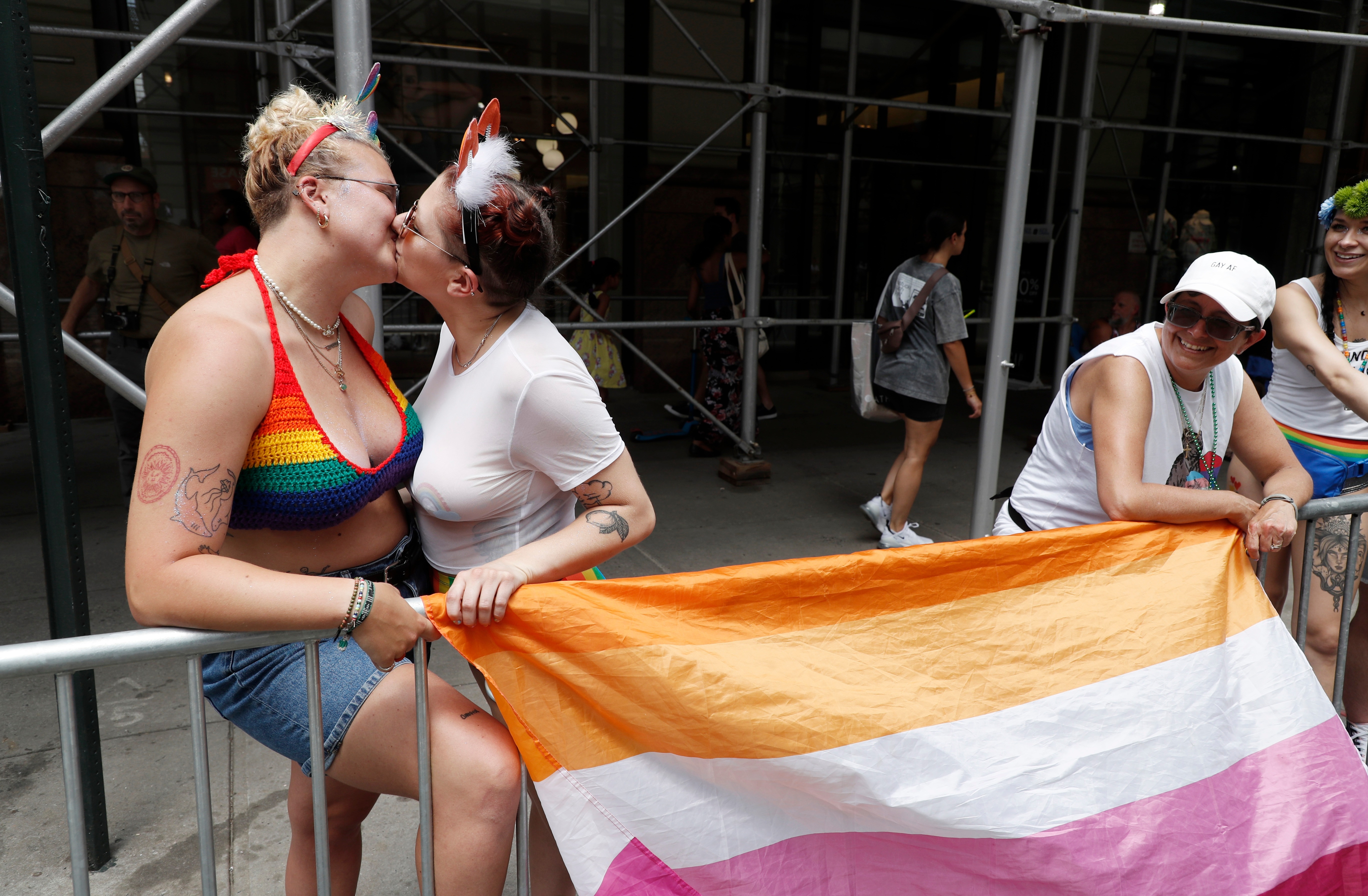 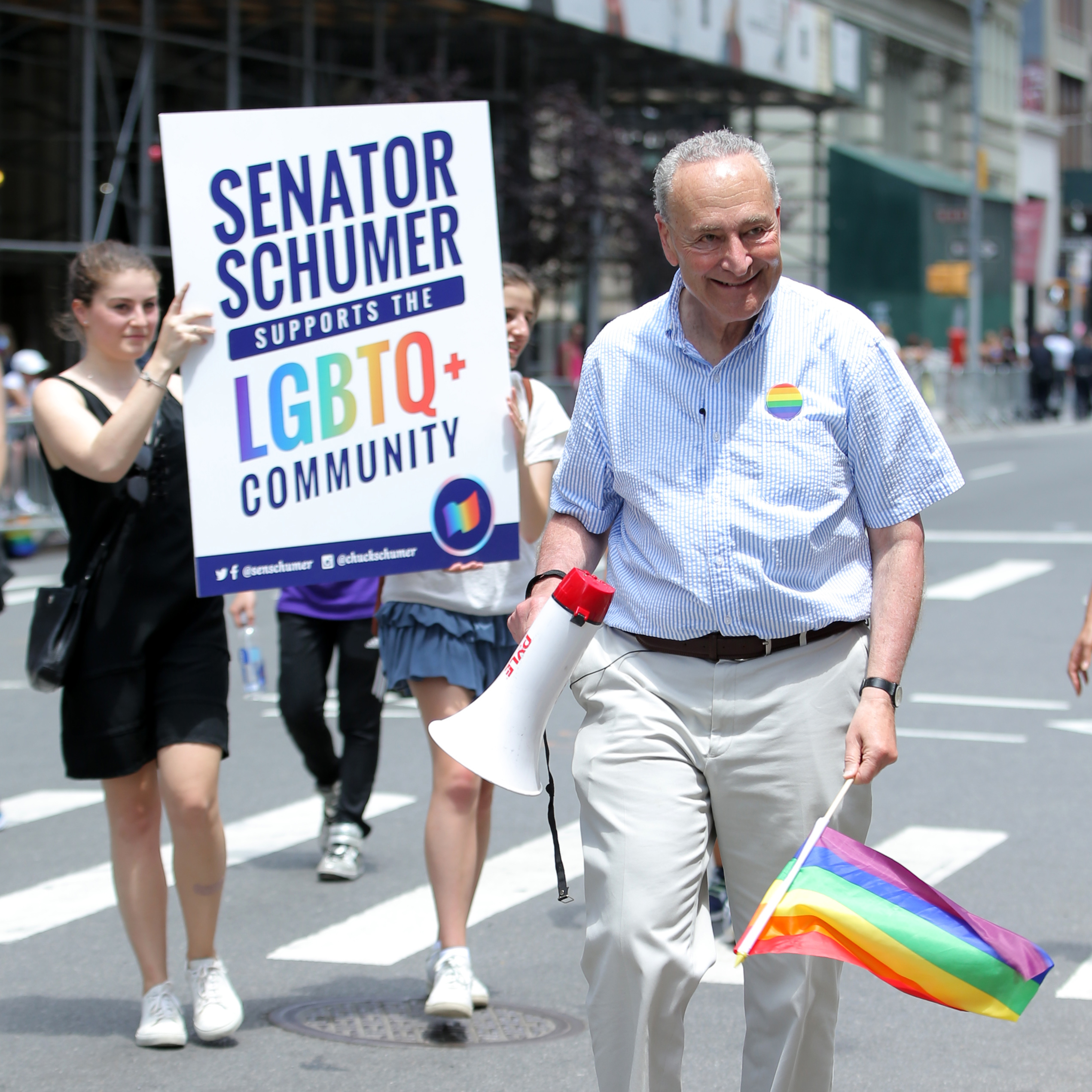 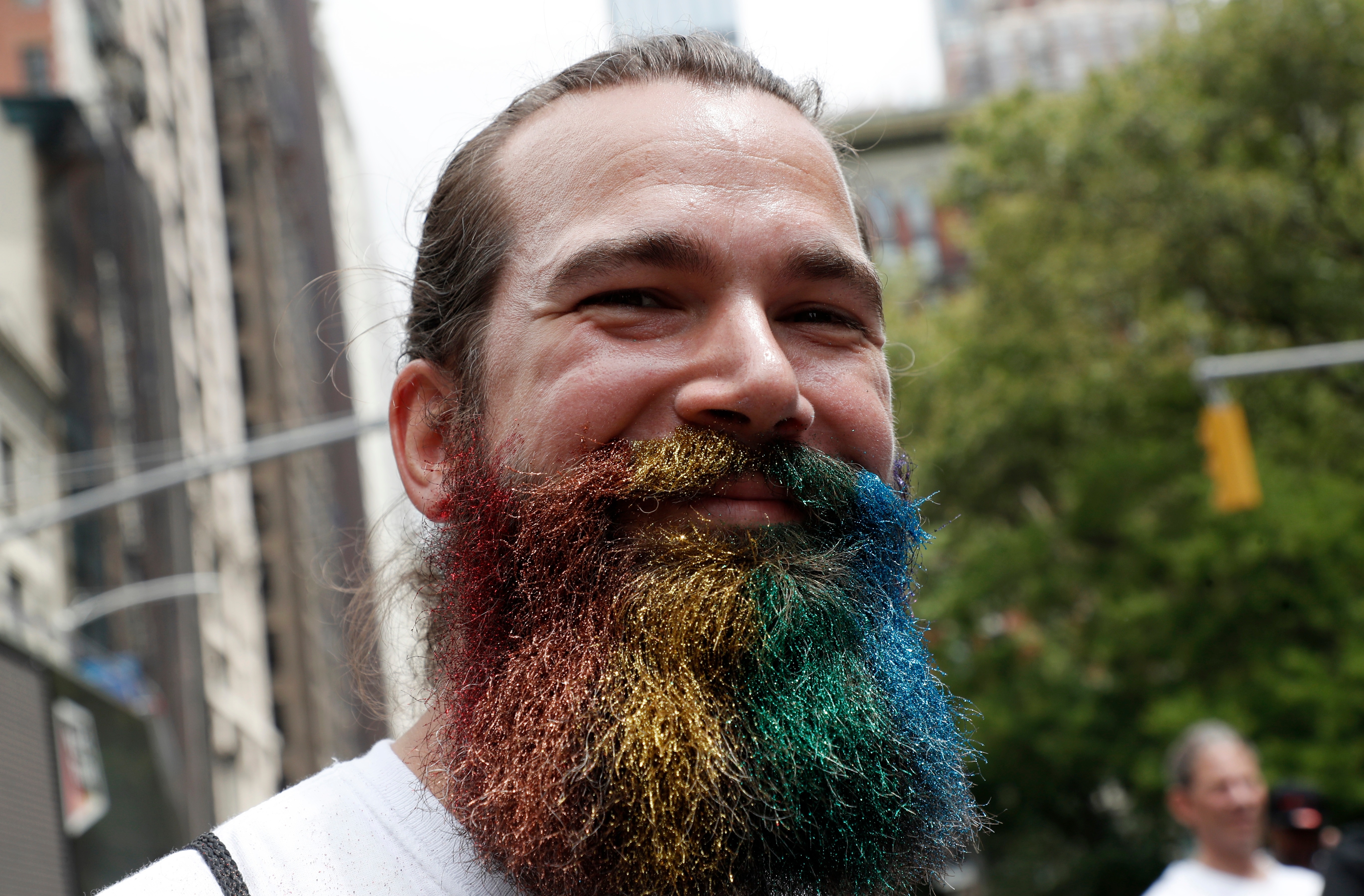 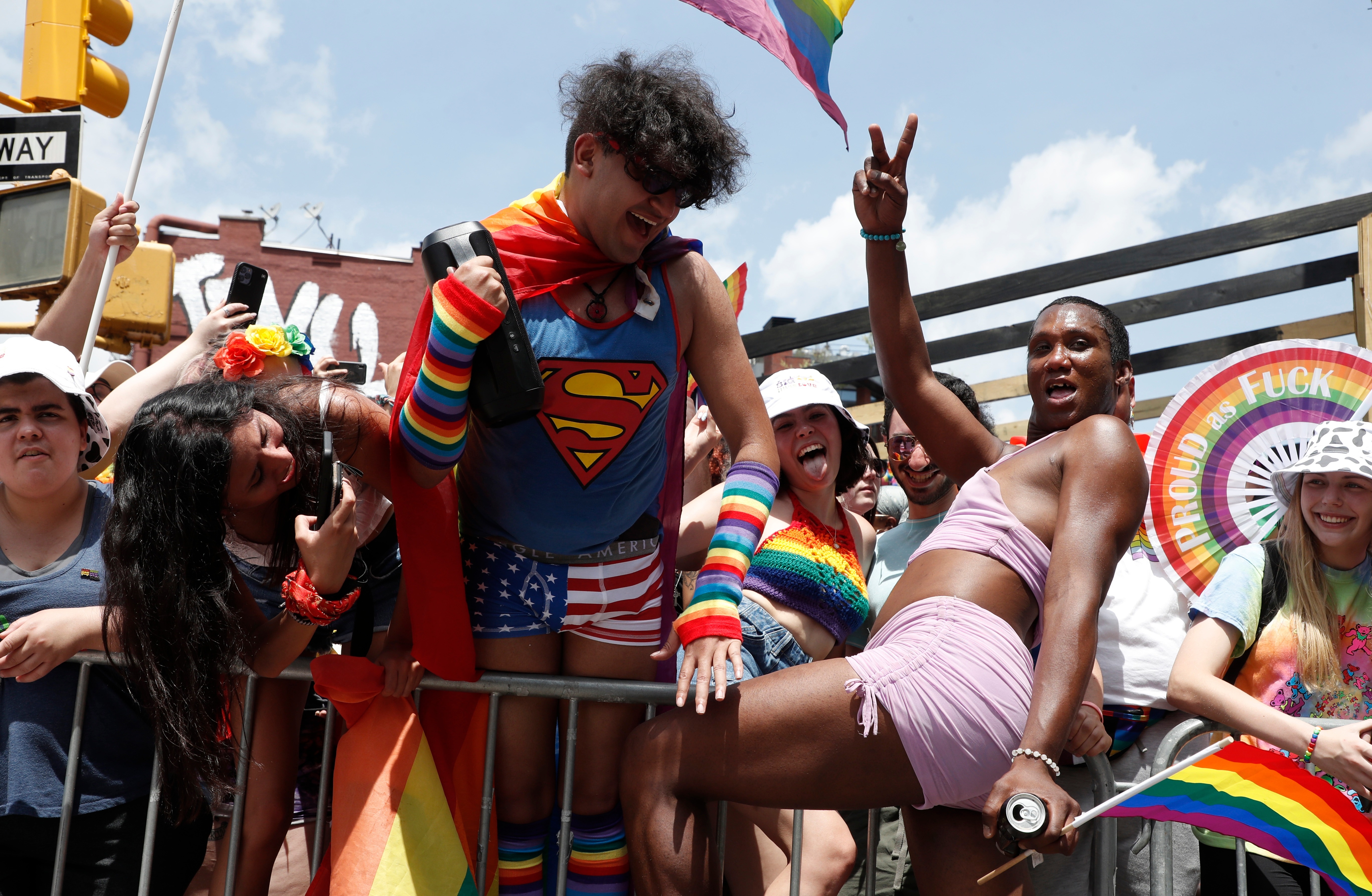 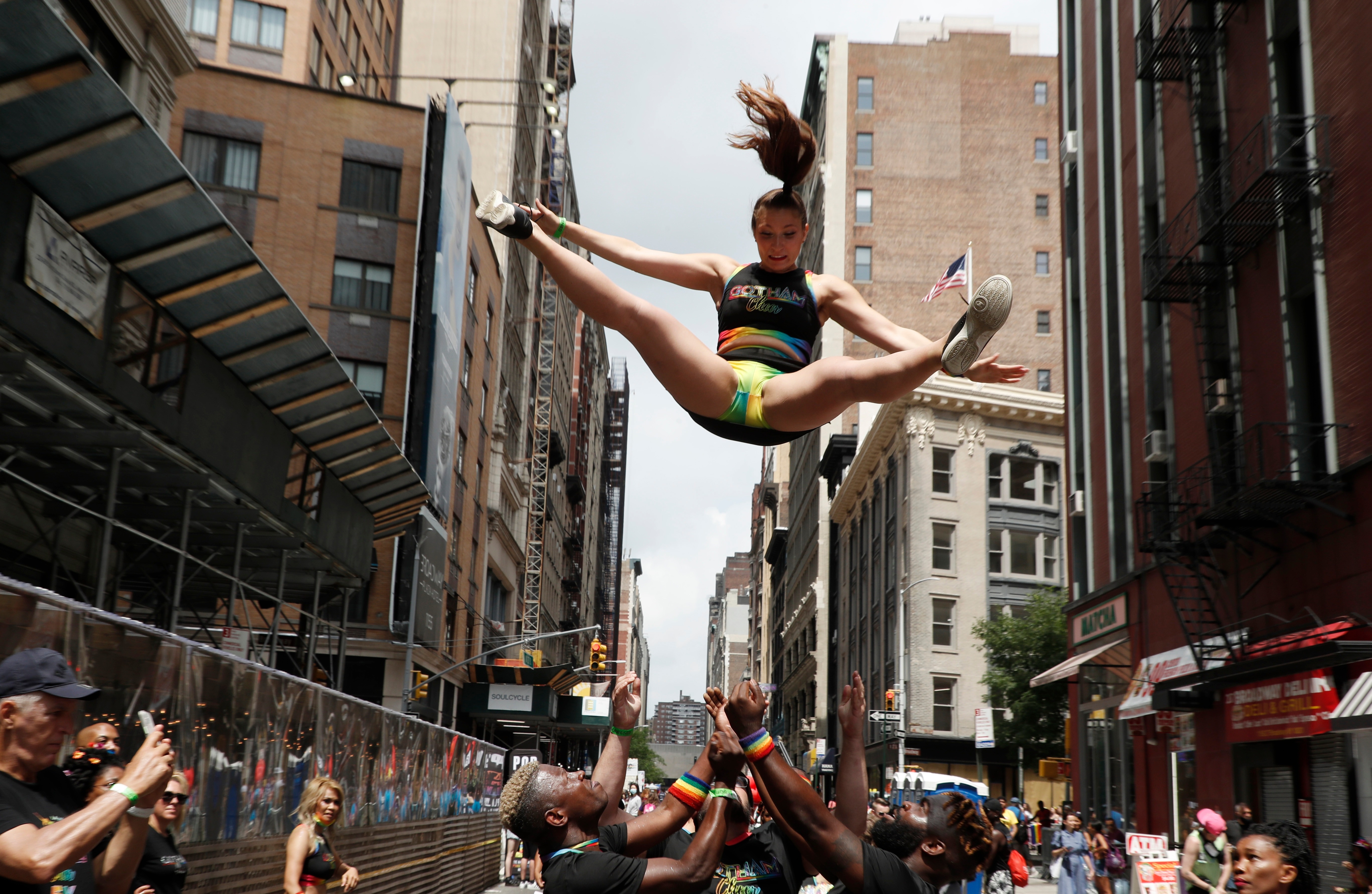 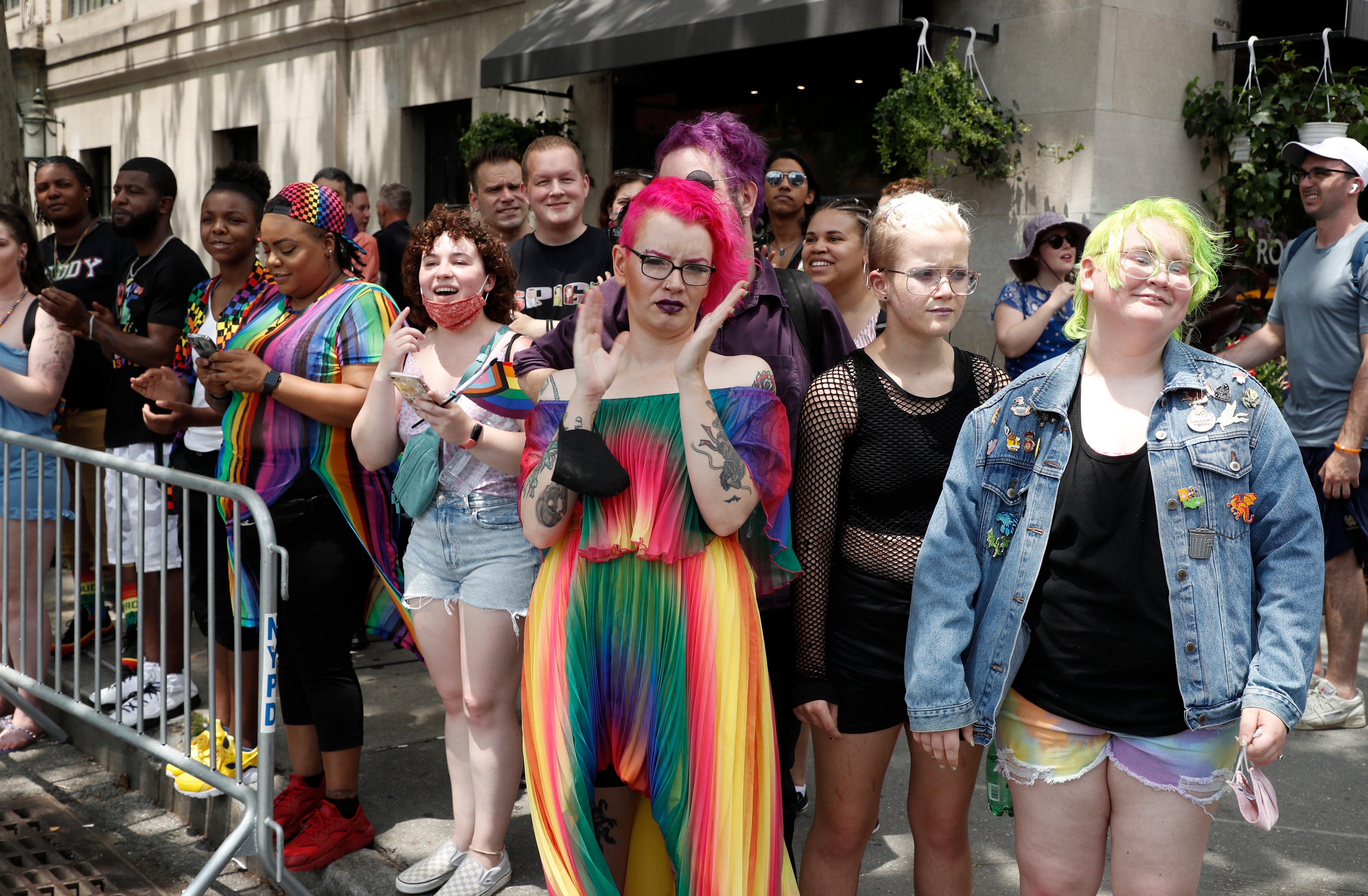 Crowds of people have been snapped on the streets of the city waving flags and LGBTQ signs – and one person even dyed their beard every rainbow colors for the occasion.

The annual parade is once again virtual this year and is being shown as a television broadcast special, since now-lifted pandemic restrictions were still in effect at the time it was being planned.

But thousands have still turned out for the Pride March donning colorful outfits as the sun streams down.

Senator Chuck Schumer has been snapped among the crowds, grinning while clutching a megaphone and rainbow flag.

The first event was held 51 years ago in 1970, to mark the one-year anniversary of the Stonewall riots. 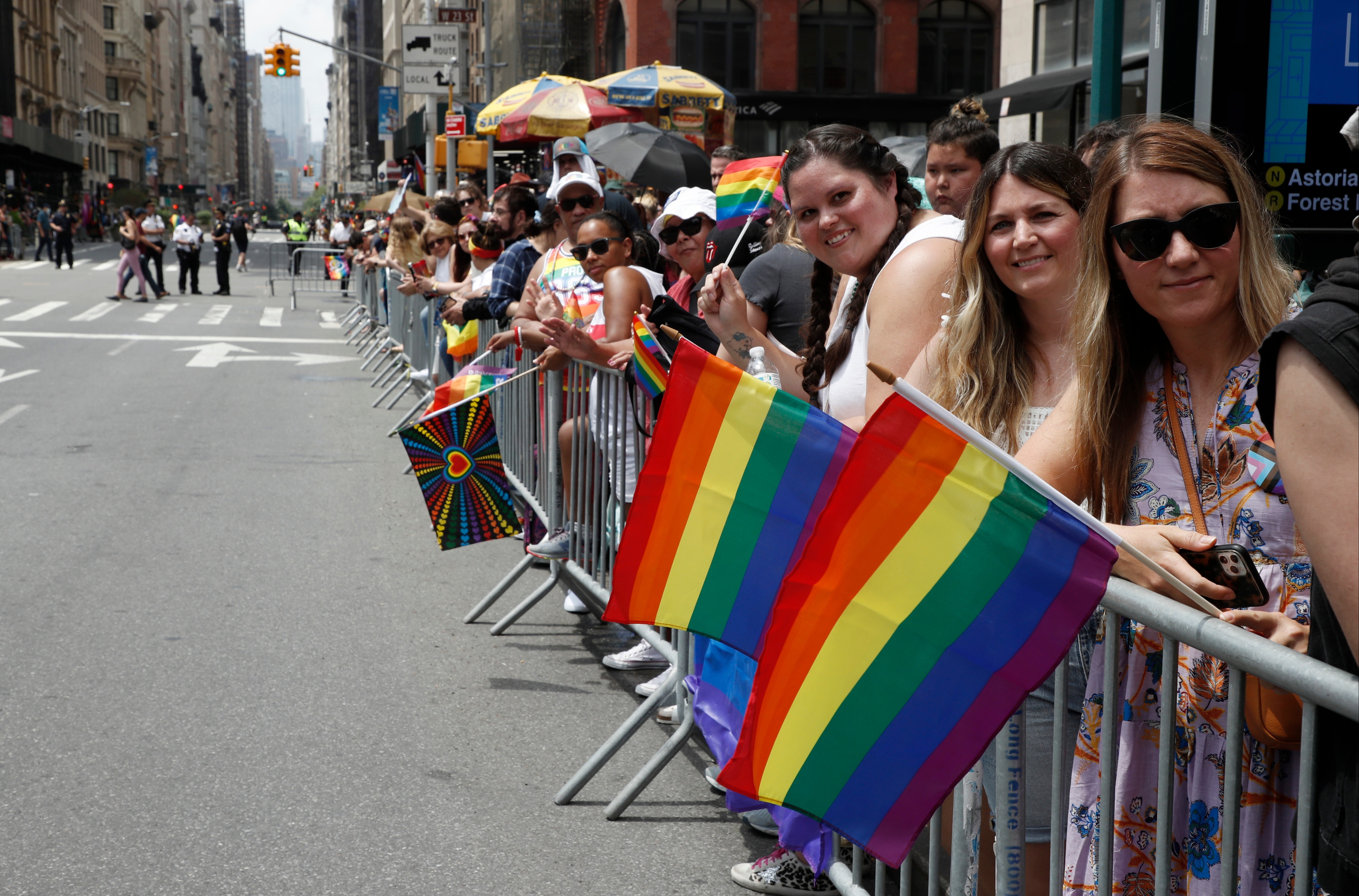 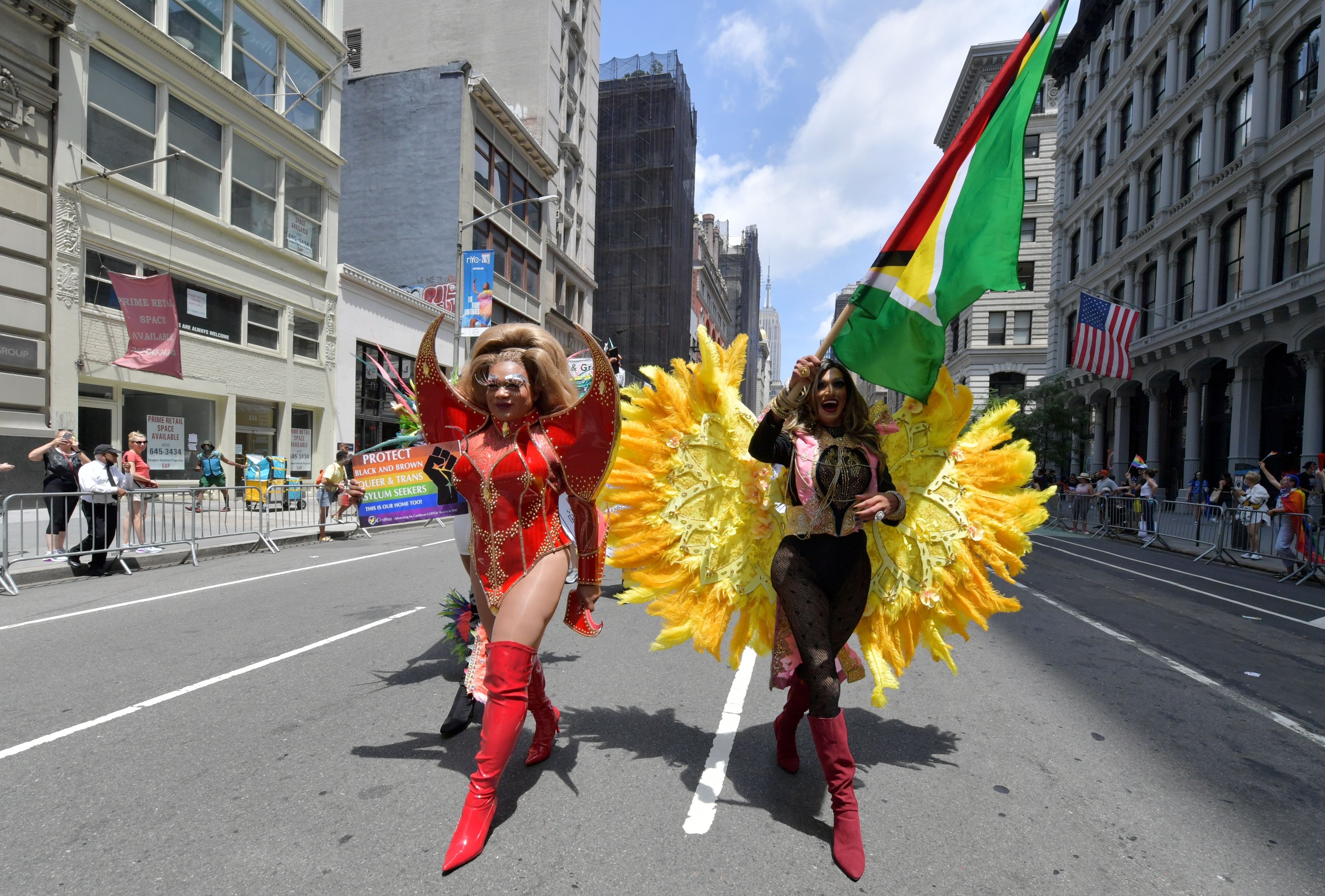 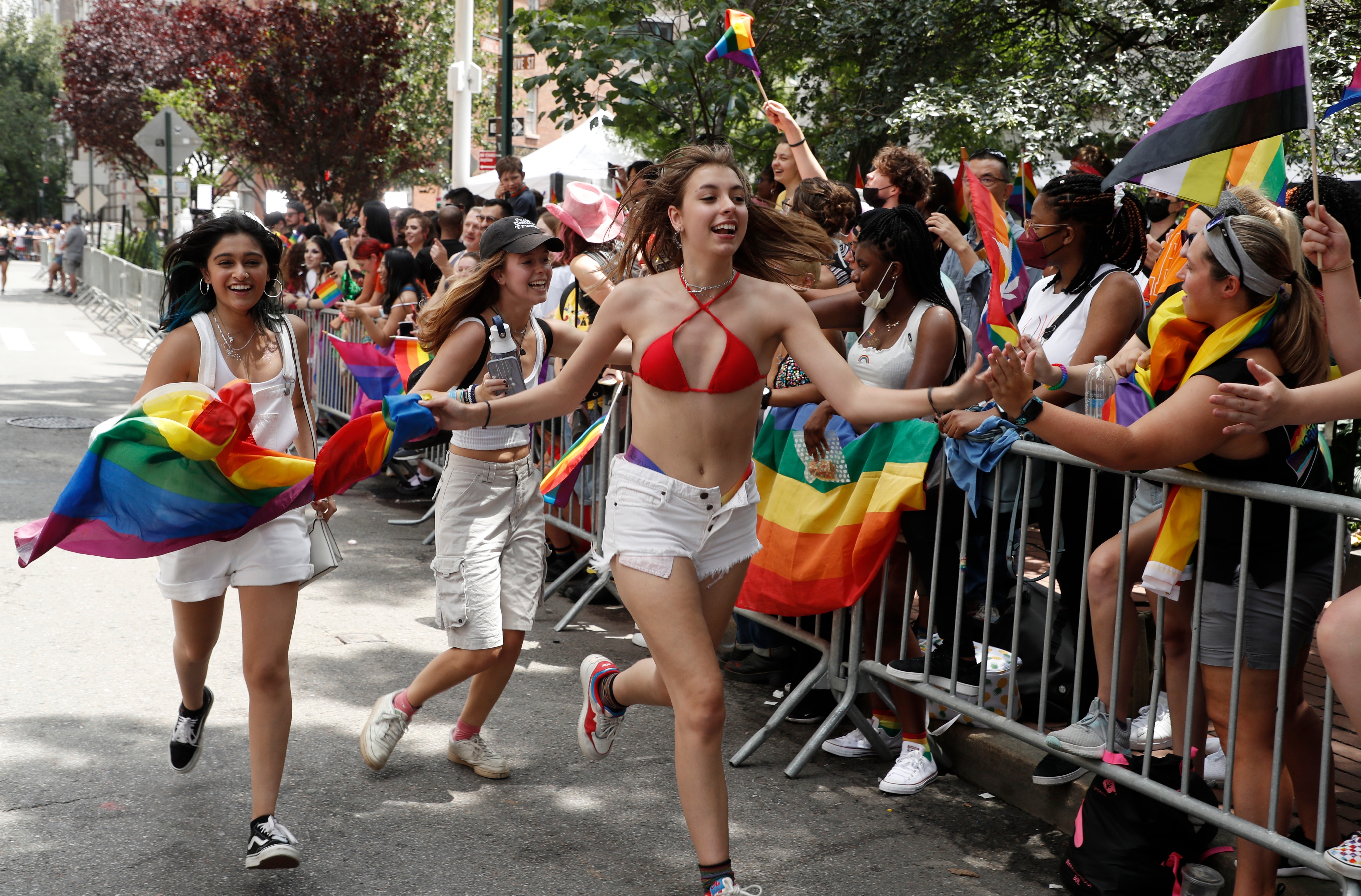 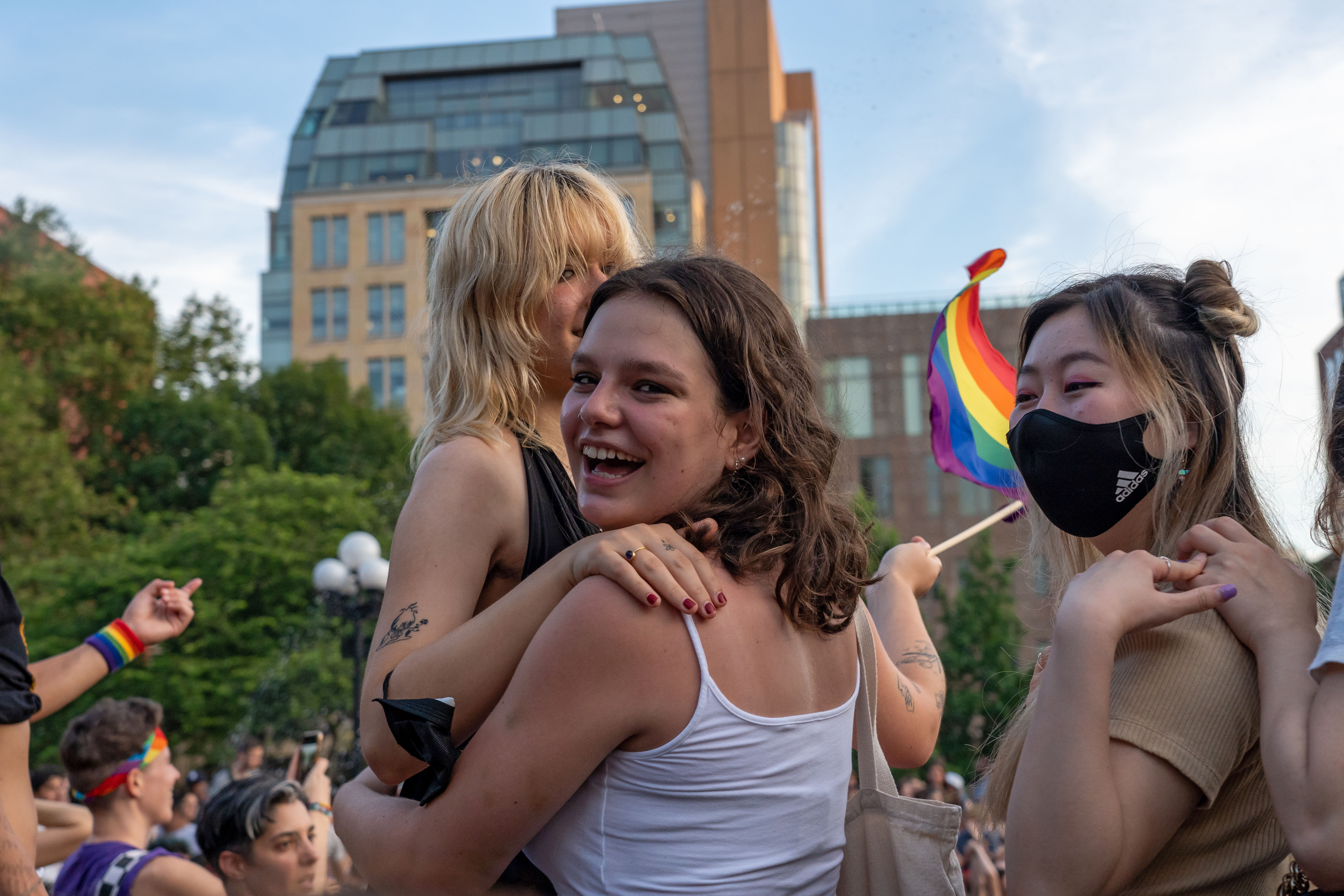 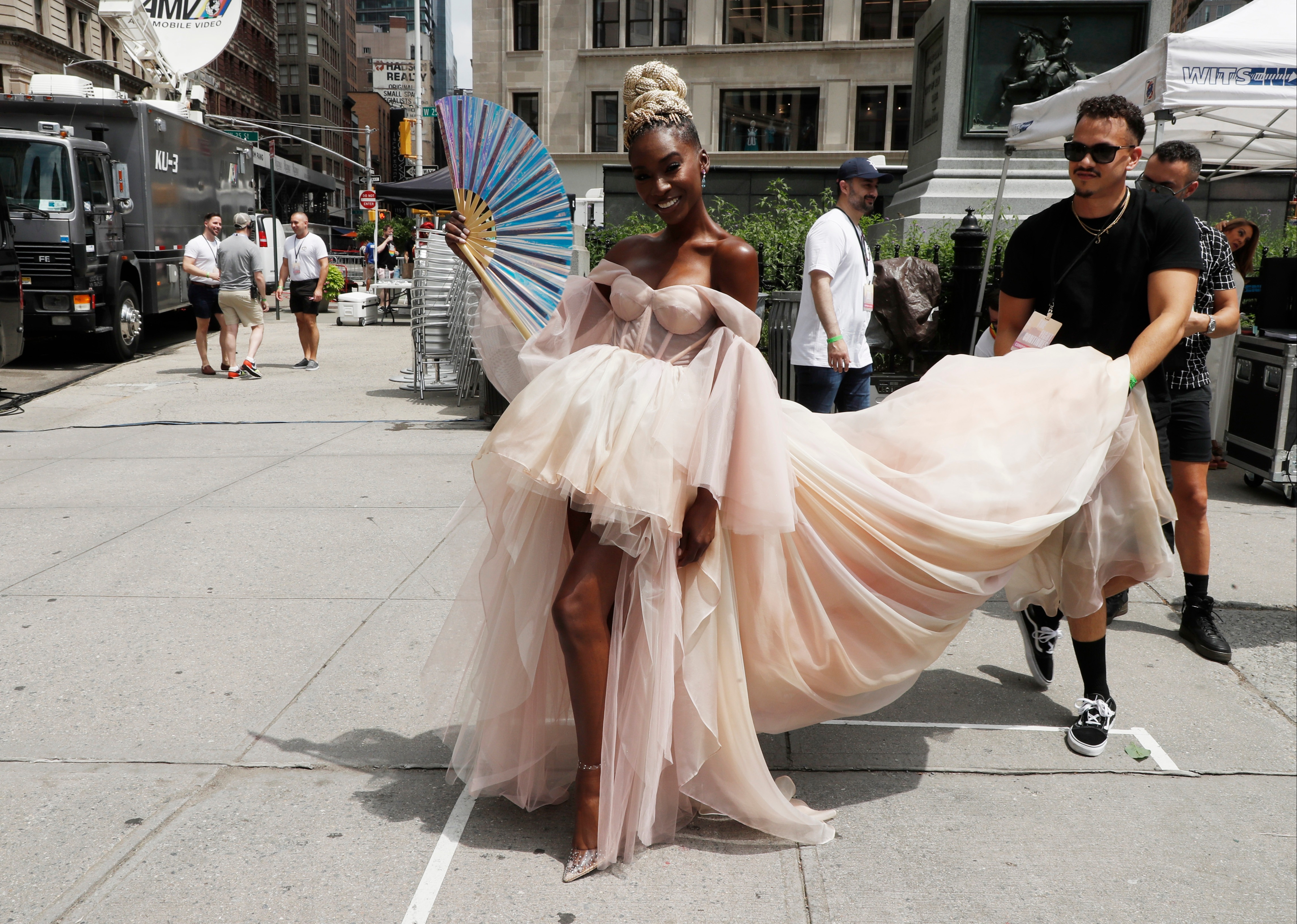 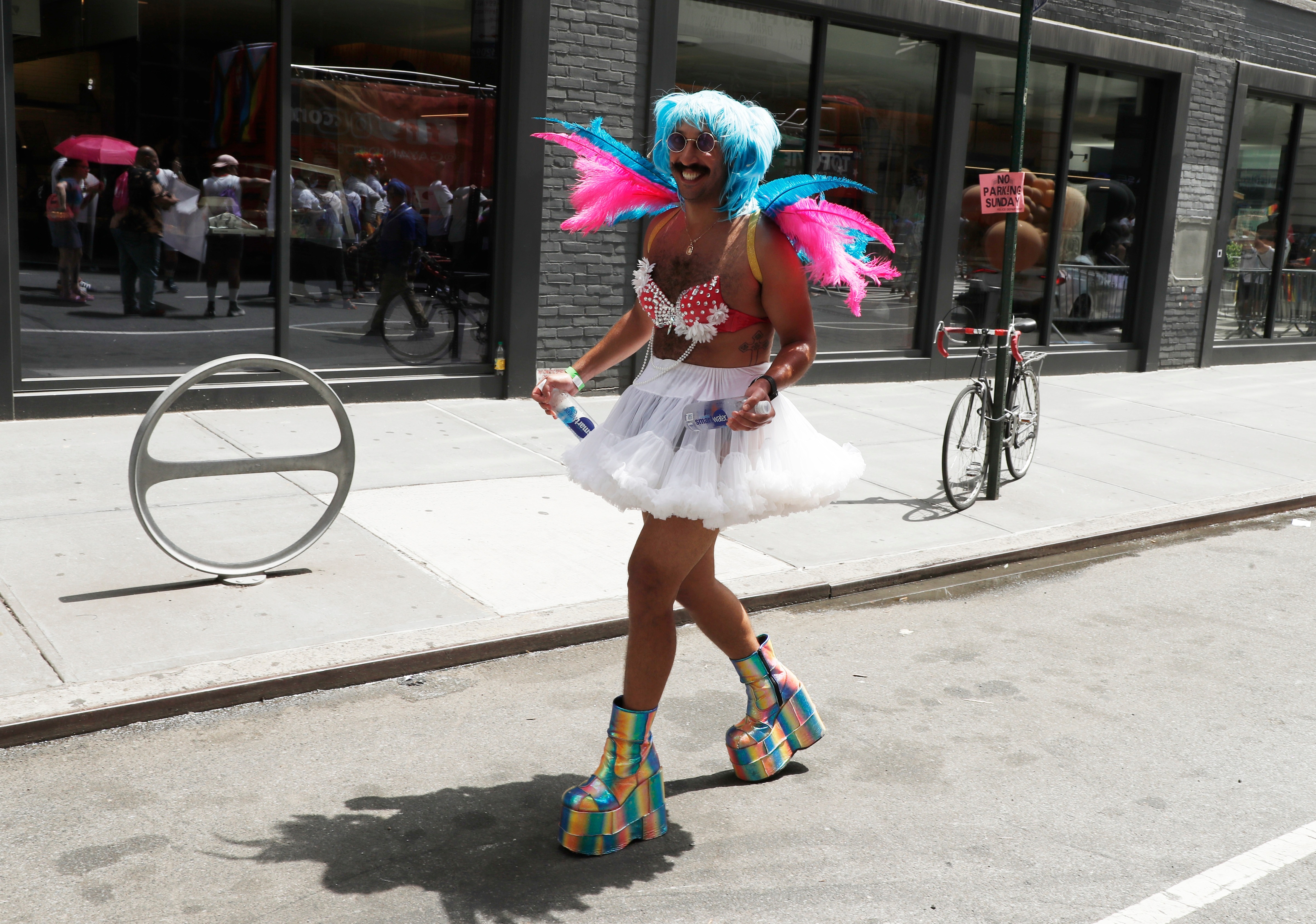 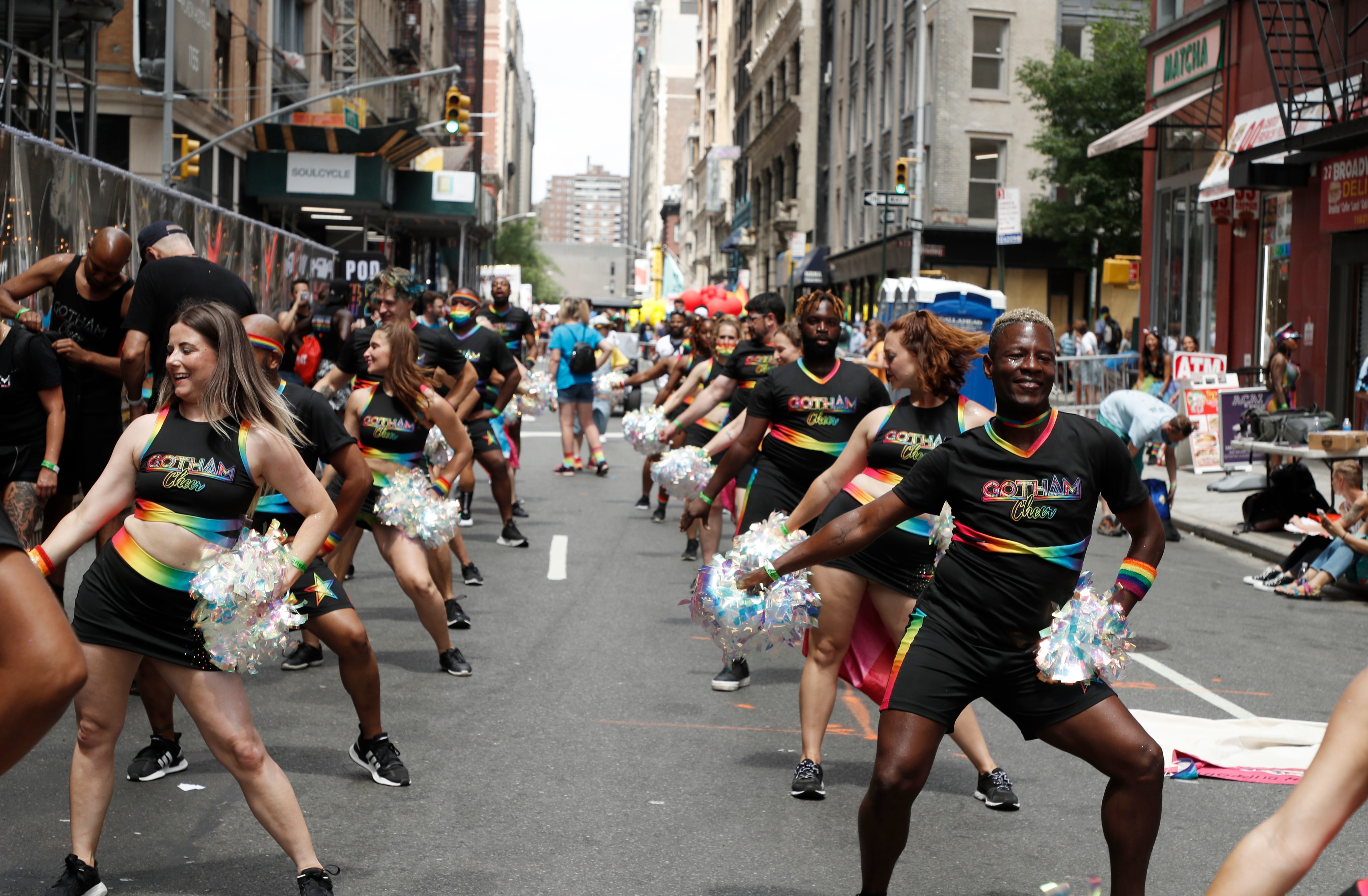 During the summer of 1969, police raided the Stonewall Inn, a bar in the city's Greenwich Village that was a haven for the LGBTQ community.

At the time, homosexuality was illegal and bars and restaurants could be shut down for employing gay people, or serving gay customers.

Although police raids on gay establishments were usual during that time, patrons decided to fight back on June 27 1969, when police targeted the bar for a second time in a week.

The rioting and protested lasted several nights, and marked a turning point for the gay rights movement.

Despite a lower Covid infection rate and with more than half of the US population vaccinated, organizers of the NYC Pride march said the improvements came too late to alter their plans for a televised and live-streamed performance.

"Because we will be broadcasting, we've been able to really highlight certain aspects of our community that you don't normally get to see in a regular march here," Sue Doster, co-chair of Heritage of Pride, which puts on the march, said.

The march's theme, billed as "the fight continues," focuses on the "fight for equal and equitable rights for all members of the LGBTQIA family".

Pride celebrators have also gathered for PrideFest – a street fair with vendors, food and entertainment in Manhattan.