A HERO policewoman was left in tears after sick yobs defied coronavirus lockdown rules to dump a pig's head on her car windscreen.

Laura, 24, who works for British Transport Police, said she felt "violated" when she found the pig's head as she headed out to her car for her early morning shift. 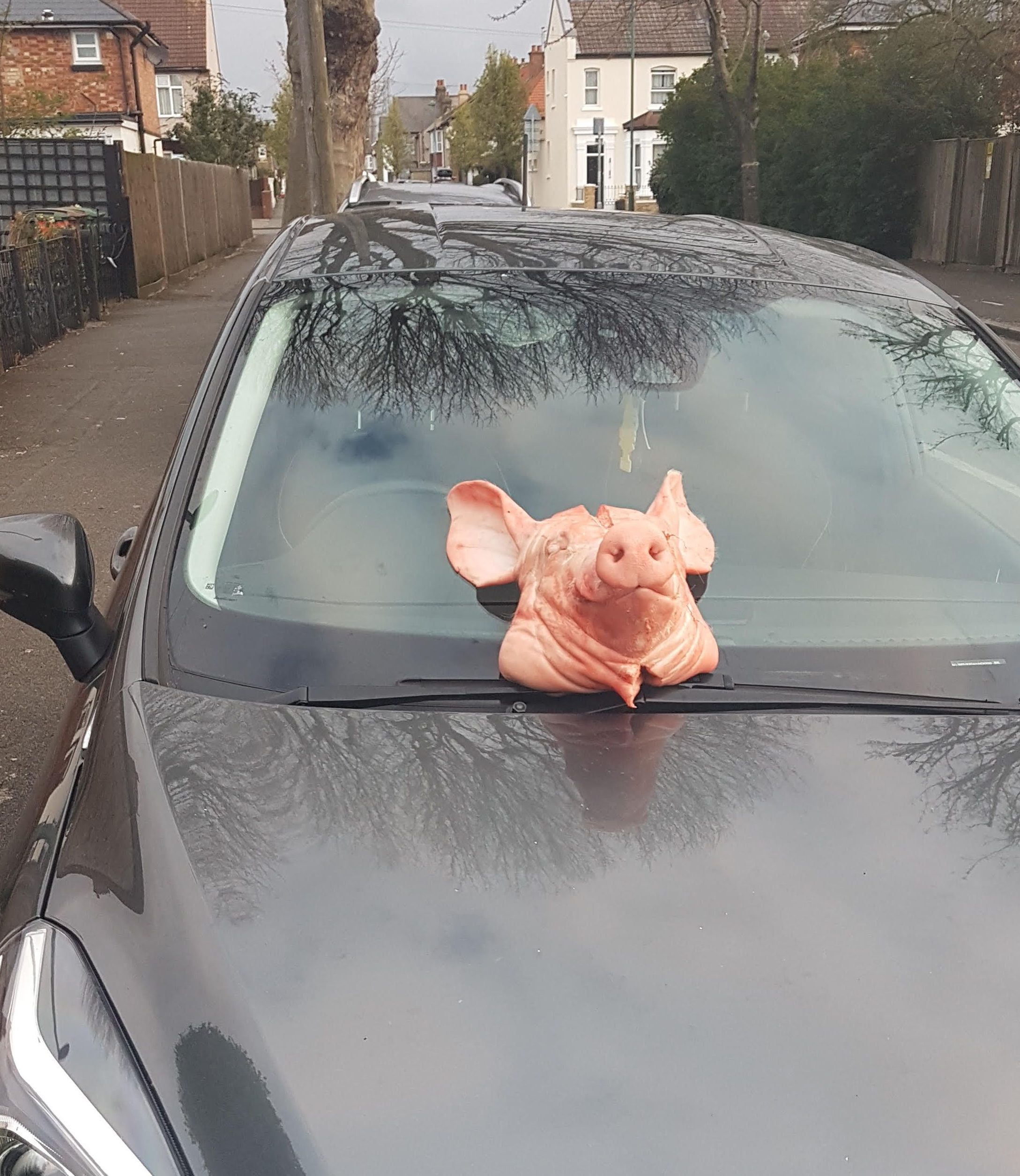 Laura, who joined the police aged 18, left the house at 5am this morning in her role as an essential worker during the coronavirus lockdown.

The inconsolable 24-year-old, who lives with her parents in Hackbridge in Surrey, then dashed back to the house in tears.

The Metropolitan Police said they were investigating and a 19-year-old boy had been arrested.

Dad Paul Taylor said: "She was just sobbing. As a Dad I'm just absolutely raging. Laura's only 5ft tall, there's nothing of her, this is the job she has always wanted to do since she was a child.

"What these fellas have done…to come round her home and put that on her car, she feels really violated. It's very sinister. She doesn't feel safe now in her own home.

"These guys may think this is a prank, but this is her house and she's off duty and she's just beyond herself on this.

Paul added: "These guys shouldn't have even been out the house anyway because of the lockdown.

"She's now worried that she's got to get rid of her car because it's been targeted. She relies on it to get to work. She's now got all these stress on top of the job she's doing.

"I'm at my wits end on this. Particularly at this time as well.

"Society needs to understand that it's a bad enough job they're doing when they're in uniform, but to be targeted off-duty, at night, in your own home, it's just disgusting."

A spokesman for the Metropolitan Police said: "Police were called at 06.12hrs on Thursday, 2 April to a residential address in Hackbridge with reports that a pig’s head had been left on a woman’s car.

"He is currently in custody at a south London police station. Enquiries are ongoing into the motive and circumstances of the incident.

"The victim has been spoken to and will be supported as the investigation continues."

The sick prank comes as essential workers have reported a rise in twisted thugs coughing at them and claiming they have Covid-19.

Adam Lewis, 55, was jailed for six months yesterday when he spluttered on a police officer and claimed to have coronavirus.