Paul Gascoigne ‘is self-isolating with glamorous single mother-of-two, 43, at her £65,000 Salford home’

Paul Gascoigne has been weathering the coronavirus storm by staying with a single mother of two.

The England legend, 52, was seen with Wendy Leech and her dogs near her £65,000 flat in Salford, Greater Manchester.

Gascoigne is believed to have met the glamorous 43-year-old when they were both on holiday in Spain. 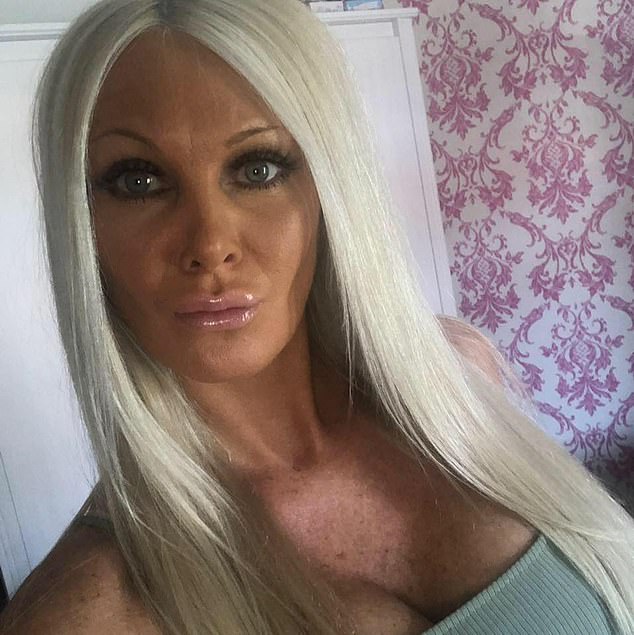 The England legend, 52, was seen with Wendy Leech (pictured) and her dogs near her £65,000 flat in Salford, Greater Manchester 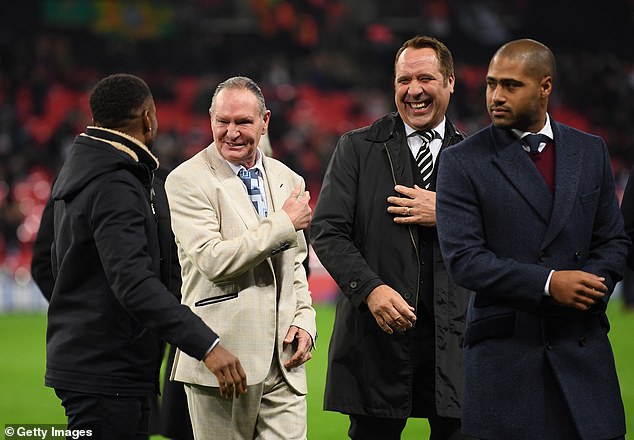 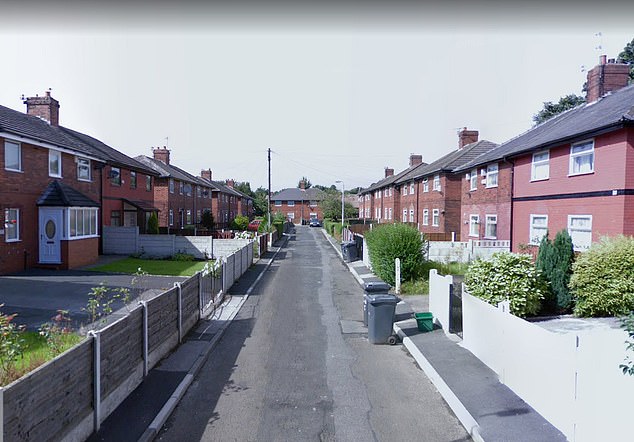 Gascoigne is understood to be staying with Ms Leech at her flat in Salford, Greater Manchester (pictured, the road)

A source told the Sun: ‘Paul looks happy with Wendy. They met in Spain while he was on holiday earlier this month and have been together now for a couple of weeks.’

The former Tottenham star has previously hinted he was seeing someone when he said: ‘There is a girl I like.’

It comes after Gascoigne stunned drinkers by visiting a Manchester pub and posing for selfies despite calls for social distancing last month. 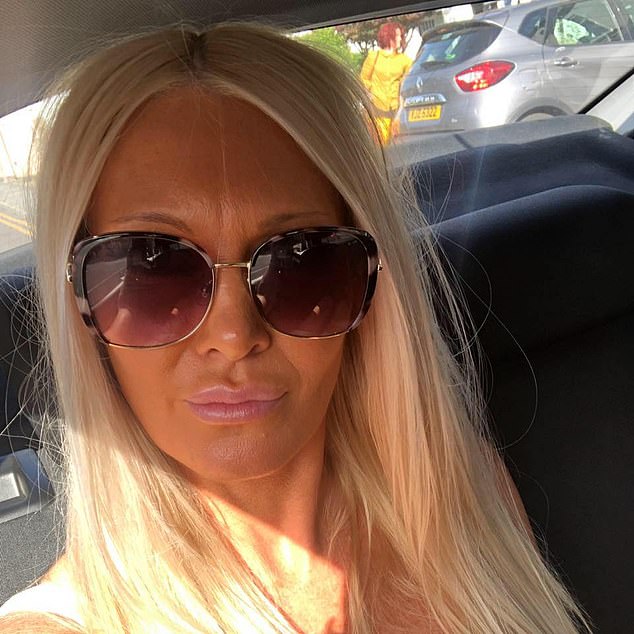 A source said: ‘Paul looks happy with Wendy. They met in Spain while he was on holiday earlier this month and have been together now for a couple of weeks’

The former midfielder had only recently got back from Spain, the second-worst European country affected by the spread of the killer Covid-19 illness.

‘Gazza’ spent a couple of hours at The White Swan in Swinton with friends, before turning up the music and partying.

‘I think he had come in with some friends after being out for a meal and came in for a night cap. He was in for a couple of hours and he was so nice. 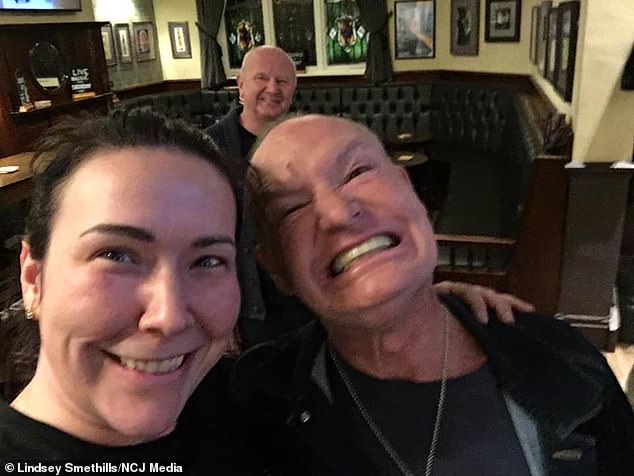 The former Tottenham star has previously hinted he was seeing someone when he said: ‘There is a girl I like.’ He is pictured with punters in Manchester last month 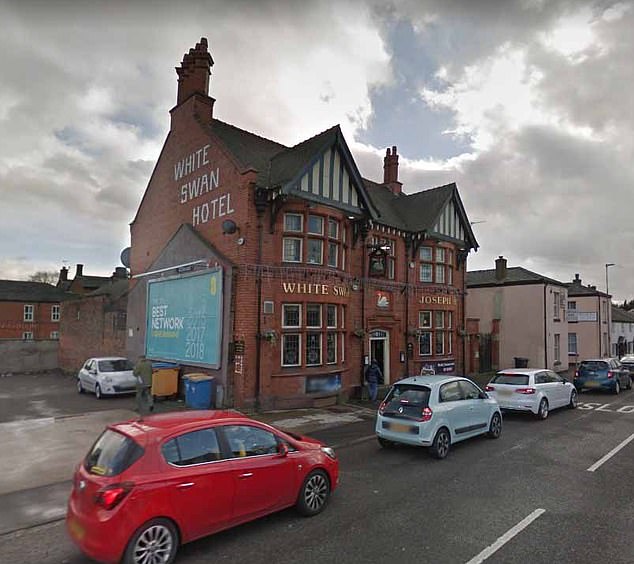 ‘Gazza’ spent a couple of hours at The White Swan in Swinton (pictured) with friends on Wednesday night, before turning up the music and partying

‘Some of the punters were coming in and were like big kids when they saw him.

‘We ended up putting the music on and had a bit of a party.

Gascoigne, who this year revealed he curbed alcoholism using anti-alcohol pellets, was pictured at Cocos Bar in Benalmadena on the Costa del Sol last week.

He appears to be ignoring Government calls to avoid pubs, restaurants, and theatres, as Boris Johnson claims the UK can beat the coronavirus in 12 weeks.

The former England star spent £20,000 on an operation to install anti-booze pellets in a bid to curb his unhealthy relationship with drinking.

He was allegedly considering the procedure in 2013 but it could not be carried out as the ex-England player had reportedly drunk in the seven days leading up to it. 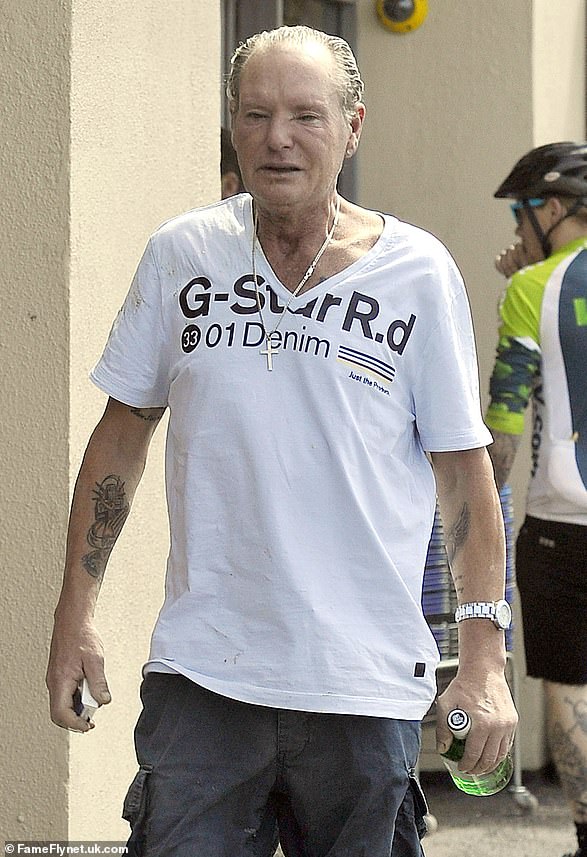 Paul Gascoigne looking frail and weak as he is escorted from his Bournemouth home by police to an ambulance in 2014. He was seen carrying a bottle of gin and cigarettes in Bournemouth’s town centre

Footballer George Best also had the pellets implanted into his stomach to help him kick the booze in 2005.

Best battled alcoholism since he left Manchester United in 1975. He was arrested for drink driving in 1985 and an interview with Terry Wogan in 1990 was cut short as he was drunk.

He previously visited Scandinavia where he was given the pellets but these wore out quickly, according to the former player.

Best allegedly got back on the booze and needed a liver transplant before he died at 59. 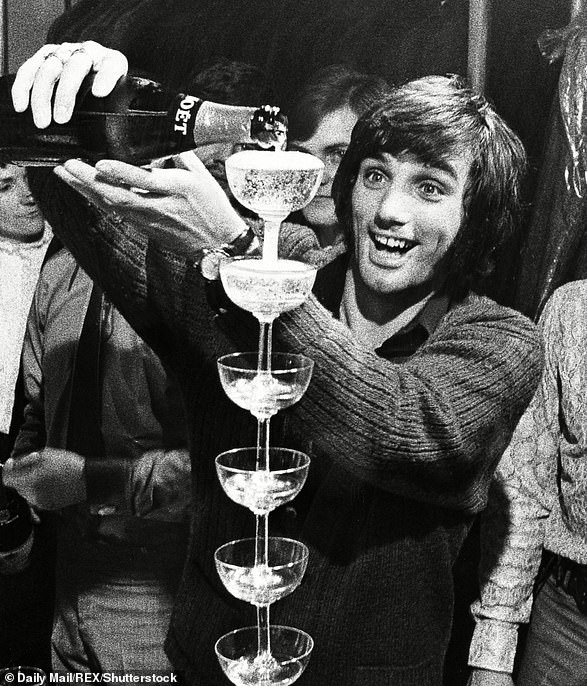 Former footballer George Best is seen pouring champagne into glasses. He was given Antabuse pellets to help kick his drinking habit in 2005

The Antabuse implants, which could have been given to Gascoigne, release a chemical called disulfiram which interferes with the break down of alcohol in the body.

It blocks the reaction which sees alcohol oxidised and causes the build up of a poisonous chemical acetaldehyde – leading to head aches and vomiting with even small amounts of alcohol consumed.

People will experience similar symptoms of a hangover with a drop in blood pressure, dizziness, severe sweating and shortness of breath upon drinking alcohol.

In extreme cases, continuing to drink with the implant can lead to heart failure, coma and death.