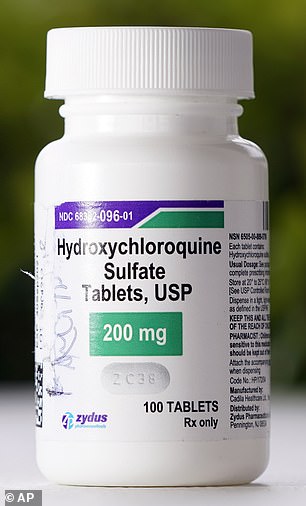 On Monday, the World Health Organization (WHO) announced it was suspending the hydroxychloroquine arm of its trial over safety concerns (file image)

Recruitment for a major British coronavirus trial of hydroxychloroquine has been halted over fears the drug raises the risk of death.

The UK’s drugs watchdog today called for Oxford University researchers to temporarily suspend the COPCOV trial today amid concerns about the safety of the antimalarial.

It comes after the World Health Organization (WHO) pulled the plug on its own global study of hydroxychloroquine on Monday.

Concerns were raised about the Donald Trump-backed tablets in a scientific paper published in The Lancet on Friday.

It linked the anti-malaria medicine with higher mortality and  heart arrhythmias in severely ill coronavirus patients.

Today, the UK’s Medicines and Healthcare products Regulatory Agency (MHRA) wrote to the Oxford researchers urging them to pause recruitment for their research.

The COPCOV trial is an international study investigating whether the malaria tablets can prevent coronavirus infection in the first place.

Hydroxychloroquine will be given to more than 40,000 frontline healthcare workers from Europe, Africa, Asia and South America.

The Oxford researchers believe their research is safe because it does not involve patients already ill with coronavirus. They remain confident their study will go ahead.

But the University said it had temporarily paused enrollment around the globe and would wait on the MHRA’s decision. 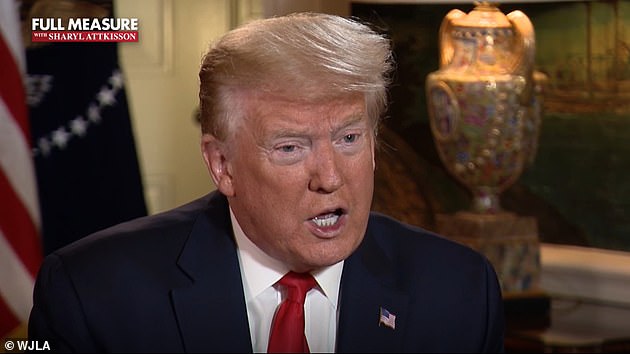 On Sunday, President Donald Trump said he had finished taking his two-week prescription of the anti-malaria medication, which he’d used as a prophylactic to stave off the virus

It’s unclear whether Oxford’s Recovery trial – which is testing five promising drugs, including hydroxychloroquine on NHS patients with Covid – will go ahead.

More than 10,500 Covid NHS patients are taking part in the Randomised Evaluation of COV-id19 thERapY (RECOVERY) trial at hundreds of hospitals around the UK

The medication has been touted by US President Donald Trump and he even revealed he took it for two weeks as a prophylactic (preventative).

Hydroxychloroquine was approved in the 1940s as a way to treat malaria. It is also prescribed for patients with arthritis and lupus.

Physicians, however, have urged that the medication shouldn’t be used without more testing.

The US Food and Drug Administration (FDA) has also warned doctors against prescribing the drug to treat coronavirus outside of hospitals following reports of serious side effects, including irregular heart rhythms and death among patients.

Preliminary results from a recent study done on coronavirus patients at US veterans hospitals showed no benefit, casting more doubt on the drug’s efficacy during the pandemic.

The Centers for Disease Control and Prevention (CDC) has removed guidance from its website informing doctors on how to prescribe hydroxychloroquine.

Initially, the CDC webpage had read: ‘Although optimal dosing and duration of hydroxychloroquine for treatment of COVID-19 are unknown, some US clinicians have reported anecdotally.’

It now says: ‘There are no drugs or other therapeutics approved by the US FDA to prevent or treat COVID-19.’

Commenting on the announcement, Professor Trudie Lang, director of The Global Health Network, Nuffield Department of Medicine, University of Oxford, said: ‘The WHO temporarily halting the use of chloroquine in Covid-19 clinical trials highlights why we need to run carefully-designed clinical trials during outbreaks.

‘This enables us to learn as quickly as possible about whether potential therapies can tackle the virus and are safe.

‘Properly designed and managed clinical trials are the only way we can see whether drugs might also cause harm. They are designed to assess the safety of the drug relative to the ability to bring any benefit.

‘We have long known that chloroquine can cause harmful cardiac-related side effects from the use of chloroquine in the treatment of malaria.

She added that using chloroquine ‘off licence’ or outside a trial does not help answer questions about its safety and can also present a risk to the patient.

Dr Stephen Griffin, associate professor in the School of Medicine, University of Leeds, said: ‘The WHO has taken the wise precaution of halting arms of their wide-ranging therapeutics trial relating to chloroquine (CQ) and hydroxychloroquine (HCQ).

‘This is largely based upon a study published last week that retrospectively analysed thousands of patients receiving these drugs as part of their Covid-19 treatment, either alone or in combination with antibiotics.

‘The study could find no evidence for a beneficial effect in patients taking these drugs.

‘However, worryingly, patients appeared to be at heightened risk of cardiac complications, especially when taking CQ or HCQ alongside macrolide antibiotics.’

President Trump was among the first to wax lyrical about the possible benefits of hydroxychloroquine for coronavirus patients in March.

Then last week he revealed he’d been taking the malaria drug for a week-and-a-half to stave off the virus.

In an interview with Full Measure with Sharyl Attkisson that aired on Sunday, Trump announced he’d finished taking his prescription.

‘Finished, just finished,’ the commander-in-chief said. ‘And by the way, I’m still here. To the best of my knowledge, here I am.’

‘I believe in it enough that I took a program because I had two people in the White House that tested positive,’ he said. ‘I figured maybe it’s a good thing to take a program.’

Last Friday, a study published in The Lancet looked at more than 96,000 people hospitalised with COVID-19, including those treated with hydroxychloroquine or its analog chloroquine.

Researchers found no benefit for coronavirus patients taking the drugs.

In fact, patients had a higher risk of death and heart rhythm problems than patients who were not given the medicines.

The authors suggested that hydroxychloroquine and chloroquine should not be used to treat COVID-19 outside of clinical trials until studies confirm their safety and efficacy in such patients.