Could the DUP come THIRD in Northern Ireland elections? Poll shows Sinn Fein in the lead and unionists neck-and-neck with Alliance Party just two days before votes are cast

A shock poll today raised the prospect of the DUP slipping into third place in Northern Ireland elections.

The latest survey found the unionists and the Alliance Party are level behind Sinn Fein ahead of the crunch vote in Thursday.

The republicans remains on course to emerge as the largest force after the ballot for the first time – although their support has dipped from 27 per cent to 26.6 per cent.

But the Institute of Irish Studies/University of Liverpool/Irish News research still put them well ahead of the DUP on 18.2 per cent, down from 20.2 per cent.

Sir Jeffrey Donaldson’s party was in danger of being overhauled by the non-aligned Alliance, headed by Naomi Long, after it surged from 14.6 per cent.

The poll conducted by Social Market Research Belfast has a margin of error of plus or minus 3.1 percentage points.

The Assembly election uses the single transferable vote system of proportional representation, which gives voters the opportunity to rank other parties in order of preference after selecting their first choice.

But if the findings are borne out this week Sinn Fein would displace the DUP as Northern Ireland’s largest party – a position it has occupied for almost 20 years. 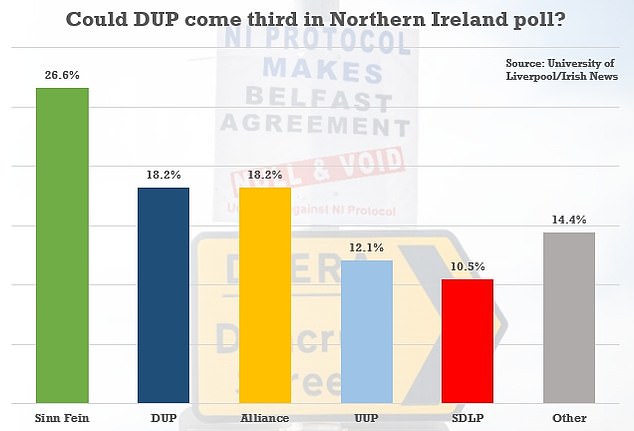 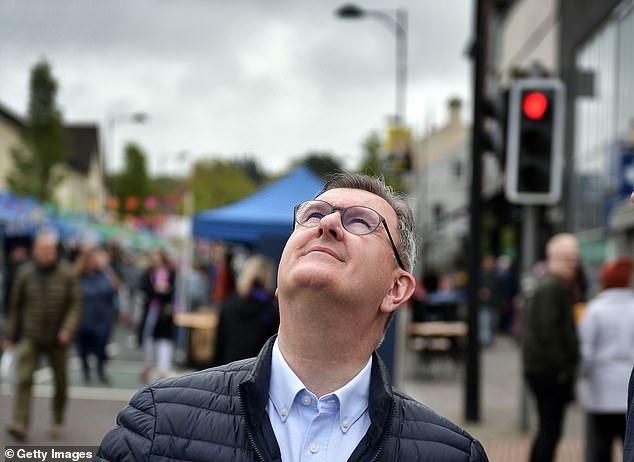 Sir Jeffrey Donaldson’s party was in danger of being overhauled by the Alliance, headed by Naomi Long, after it surged from 14.6 per cent

The republicans would be entitled to take the role of First Minister, but it is far from clear the DUP would agree to take the deputy post – meaning that under Good Friday Agreement rules an executive could not be formed.

Stormont collapsed in February when DUP First Minister Paul Givan quit in protest over Brexit’s Northern Ireland Protocol and the barriers it has created on the movement of goods between Great Britain and the region.

The DUP has made clear it will not be returning to an Executive before major changes are secured to the contentious Irish Sea trading arrangements.

The survey indicates that the Ulster Unionist Party has fallen back slightly to 12.1 per cent, while the SDLP has seen a slight increase at 10.5 per cent. Other parties account for 14.4 per cent of decided voters.

The poll indicates that 54 per cent of voters for Jim Allister’s TUV party plan to give the DUP their second preference, with 24 per cent of DUP voters stating they will do the same for the TUV.

Almost two-thirds of DUP voters (62.8 per cent) will instead give their second preference to the UUP. 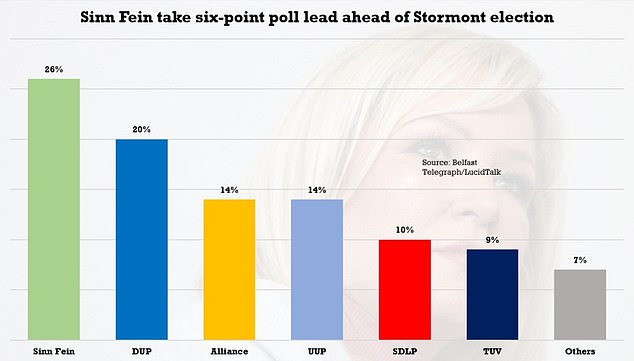 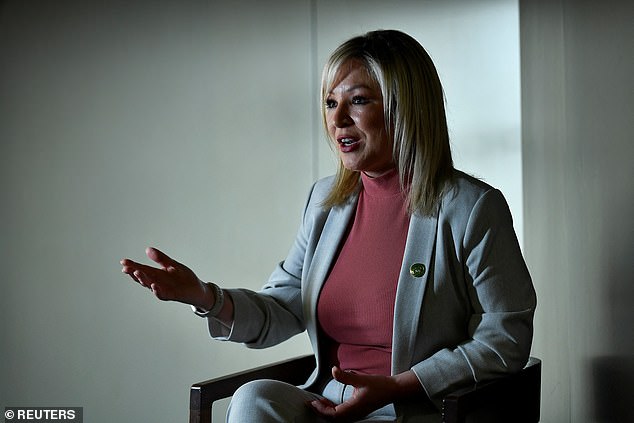