Asian woman’s suspected attacker had been paroled after murder

The man accused of attacking a Chinese immigrant Friday night in Harlem, leaving the 61-year-old man in a coma, was arrested Tuesday morning.

Authorities charged Jarrod Powell, 49, with two counts of felony assault in the incident.

Yao Pan Ma, 61, was collecting cans in East Harlem when he was pushed to the ground and kicked in the head. He was still in a coma as of Tuesday morning.

Video of the incident shows the attacker stomping and kicking Ma in the head at least six times while he was on the ground.

The incident is being investigated by the NYPD’s Hate Crimes Task Force, but it is unclear if Ma was targeted because of his race or whether Powell will face a hate crime charge.

Ma’s wife said that her husband was just collecting bottles and cans to help pay the rent and bills for his family.

“He is innocent. He did not do anything wrong,” she said, according to a GoFundMe that has raised more than $400,000 for Ma’s family, “He is a very kind person. He is quiet. He doesn’t cause trouble.” 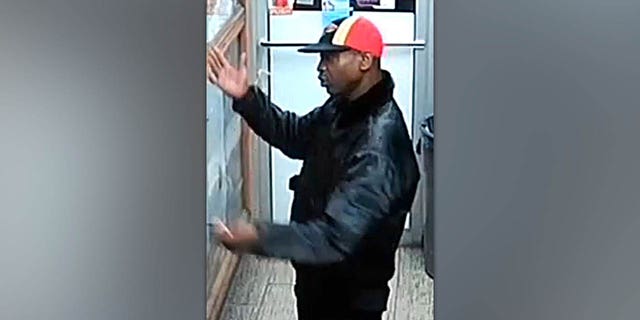 Jarrod Powell, 49, was arrested and charged with two counts of felony assault in connection with an attack on a 61-year-old Chinese immigrant last Friday.
(NYPD Hate Crimes Task Force)

Powell said while being taken into Manhattan criminal court Tuesday that he attacked Ma because he was maced.

“I was maced. I was maced and attacked,” Powell said, according to the New York Post. “Him and a couple of other Asians maced me — robbed me.”

NEARLY 3,800 INCIDENTS OF RACISM AGAINST ASIAN-AMERICANS IN PAST YEAR, STUDY SAYS

The attack is the latest in a surge of crimes against Asian Americans in New York City and the rest of the country.

A 38-year-old parolee who was previously convicted for murdering his own mother was arrested last month after he allegedly pushed a Filipina American woman to the ground and stomped on her near Time’s Square.

New York City had the most notable surge, with hate crimes against Asian Americans going from three in 2019 to 28 in 2020.

Ma’s 20-old-niece told the New York Post that the surge in crime and the attack on her uncle makes her afraid to venture out in the night.

“I’m scared and paranoid. I don’t feel safe,” she told the newspaper. “I’m afraid to walk on the streets when it’s dark. I go home before it gets dark. There are so many of these incidents happening. Now it’s close to home … It is so wrong that this happens and it’s not just one time.”

The Senate overwhelmingly passed a bill 94-1 last Thursday that would ramp up law enforcement’s ability to protect Asian Americans against hate crimes. The House is expected to take up similar legislation in the coming weeks.