“Once again, the People’s Republic of China is taking unnecessary risks with the uncontrolled rocket stage reentry of their Long March 5B rocket stage,” Nelson said in a statement.

“They did not share specific trajectory information which is needed to predict landing zones and reduce risk,” Nelson added. 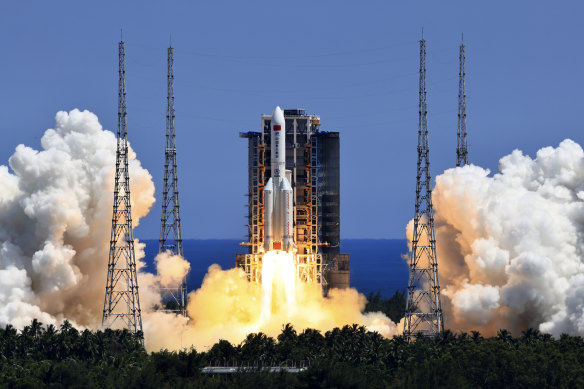 The Long March 5B Y3 carrier rocket, carrying Wentian lab module blasts off from the Wenchang Space Launch Center in Wenchang in southern China’s Hainan Province on July 24. Debris from it were found in the Philippines.Credit:Xinhua/AP

It was the fourth time a Chinese Long March 5B rocket has spiralled aimlessly down to Earth in the last two years, sparking concerns each time the debris hits Earth.

Nelson’s statement contradicts a Chinese Ministry of Foreign Affairs spokesperson, who told Bloomberg News on Thursday that Chinese officials were “releasing information to the international society with an open and transparent attitude”. 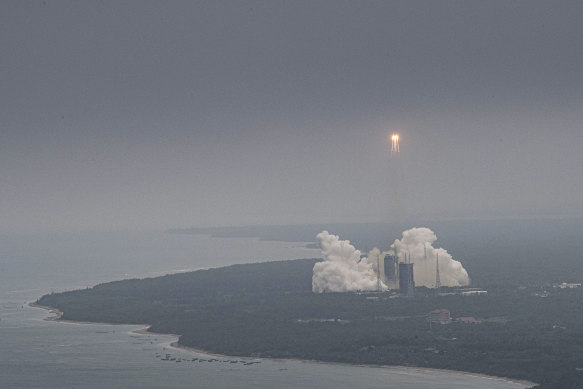 The Long March 5B rocket carrying a module for a Chinese space station lifts off.Credit:AP

China Manned Space agency said remnants from the country’s most powerful rocket re-entered the atmosphere at 6.08pm Beijing time, with most of them burning up and the rest touching down in the Pacific Ocean with coordinates 101.9 degrees west, 9.9 degrees north. That is almost 1000 kilometres south-west of Acapulco in Mexico.

The rocket blasted off on October 31 from southern China to deliver the last module of the Chinese space station.

No one appears to have been harmed by the falling debris, but uncertainty about where they would fall caused anxiety in several countries, with Spain alone briefly closing airspace over the northeastern region of Catalonia and three other regions, causing delays to around 300 flights, authorities said.

Nelson called on China to act more responsibly in future.

“It is critical that all spacefaring nations are responsible and transparent in their space activities and follow established best practices,” he said.

An uncontrolled reentry of large rocket debris “could very well result in major damage or loss of life,” he added. 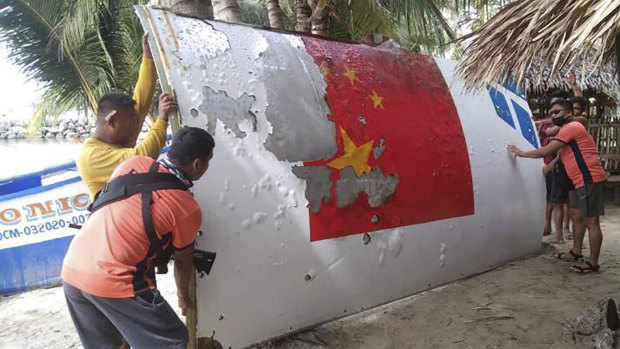 Debris from the Long March 5B launched in July was found in the Philippines in August.Credit:Philippines Coast Guard/AP

It was the fourth flight of the Long March 5B since its maiden launch in May 2020.

On its first deployment, fragments of the rocket’s boosters landed on the Ivory Coast, damaging several buildings in the West African nation, though no injuries were reported.

Debris from the second flight landed harmlessly in the Indian Ocean, while remnants from the third fell into the Sulu Sea in the Philippines.

A rocket’s re-entry into the atmosphere is a common international practice, Zhao Lijian, a spokesperson at the Chinese foreign ministry, said at a regular briefing on Friday when asked if China had taken measures to reduce the risks.

Zhao said the probability of causing harm to aviation activities and the ground was “extremely low”.