Poor writing could mean the prosecution against two women who organised a Black Lives Matter rally in Melbourne during lockdown is thrown out after a magistrate refused a police request to amend a charge against the protesters.

Lawyers for Amangu Yamaji woman Crystal McKinnon and Gunnai and Gunditjmara woman Meriki Onus will now apply for their charges to be withdrawn after Magistrate Andrew McKenna denied the prosecution’s application to remove a “fatal flaw” in the documentation two years after they were issued. 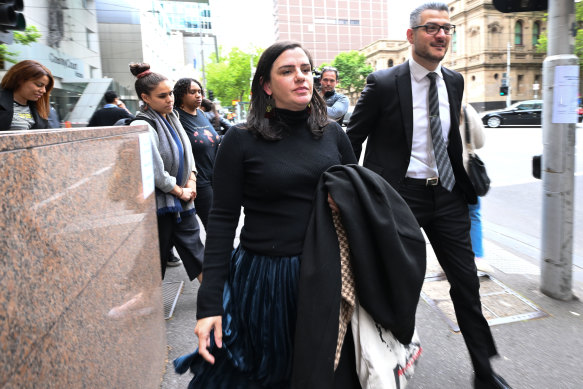 The pair were charged with breaching the chief health officer’s directions over their role in planning the march against Aboriginal deaths in custody, which attracted about 10,000 people in June 2020.

McKenna criticised the police’s case, saying some of the wording in the original charge was so difficult to understand or comprehend, it “may well have been made by a Martian”.

It was now up to the chief commissioner of police to decide whether the case would continue in its original form or if the entire case was withdrawn, he said.

The court heard a police prosecutor had notified the women’s lawyers earlier this year that the wording of the charge was “fatally flawed” and that the case would be withdrawn. 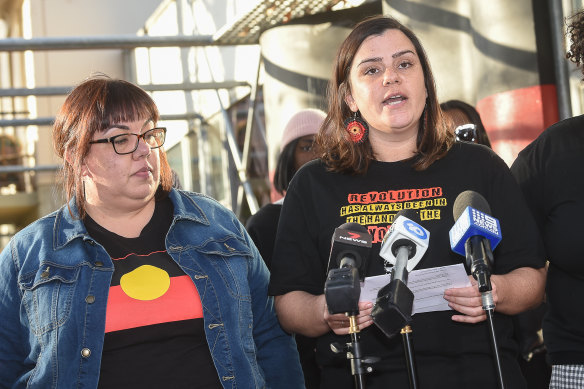 On Thursday, Crown prosecutor Francesca Holmes said this was a “significant and unfortunate miscommunication” by someone who did not have the correct authority to make that decision.

Despite this concession and agreeing that the original charge was “very badly drafted” and “barely plain English”, Holmes argued that changing the wording of the charge should be permitted because it would not create any injustice towards Onus and McKinnon.

But defence barrister Patrick Doyle, SC, submitted that other “defective” cases with the same fatal flaws had been withdrawn.

He also argued an accused person had the right to know and be able to interpret the case against them at the time, not two years later.

In the days before the 2020 protest, newly appointed Chief Commissioner Shane Patton said the organisers would be held accountable if they went ahead with the rally.

The organisers said the protest was intended to highlight systemic racism and Aboriginal deaths in custody and mirrored similar marches across the world following the police killing of American George Floyd in Minneapolis.

At the time, Victoria’s lockdown rules banned public gatherings of more than 20 people.

The protest was later criticised and incorrectly blamed for contributing to Victoria’s second COVID-19 wave.

The women were each issued a $1652 fine before their infringement notices were converted to charges when they chose to challenge the penalty in court.

During an earlier hearing, a lawyer representing the activists unsuccessfully fought to access more than 50,000 police files to determine whether similar cases had earlier been withdrawn, raising the possibility that other COVID-19 lockdown fines could also have had the same fatal flaws.

Court documents released to the media show the charge each woman is facing is: “The accused at Melbourne on 6 June 2020 did fail to comply with a direction made of the person the direction being – An individual must not arrange to meet with more than 19 other persons (that they reside with) at an open public place unless exception applies having being given by the Chief Health Officer Victoria.”

Close to two dozen people were in court to support Onus, with McKinnon appearing via video link from overseas. Outside the court, their supporters hugged after the application to amend the wording of the charge was refused.

The matter will return to court in February when the prosecution will be asked if they plan to continue the case.