Lansing, Michigan: US President Donald Trump's allies are trying to contain a politically risky election year fight with Michigan Governor Gretchen Whitmer, who is considered a leading vice presidential prospect for his opponent.

Efforts to tone down Trump's rhetoric come as he struggles to balance presidential politics with a global pandemic in one of the nation's most important swing states. 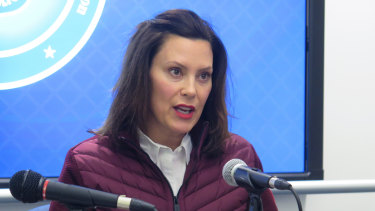 Trump's supporters in particular sought to downplay tensions that ratcheted up over the weekend when the Republican president unleashed a social media broadside against Whitmer, a Democrat who had been critical of the federal government's response to the coronavirus outbreak.

Trump has clashed with other Democratic governors as well, but he saved his most aggressive insults for the first-term female governor, who is considered a leading vice presidential prospect for his opponent.

"Everyone should be shedding the partisanship and coming together," Republican National Committee Chairwoman Ronna McDaniel said in an interview, suggesting that some of Trump's criticism had been mischaracterised.

"I am rooting for Governor Whitmer," said McDaniel, who lives in Michigan. "I think she's done good things. … I just didn't like her trying to lay every problem at the president's feet."

The backpedaling underscores the nature of the dispute, which comes seven months before Election Day in a state that could make or break Trump's reelection bid.

Michigan is an elite presidential battleground that has historically celebrated bipartisanship and pragmatism while rewarding candidates who rally behind key institutions in crisis. Four years ago, Trump eked out a win by about 11,000 votes out of more than 4.5 million cast in the state.

Mitt Romney, the 2012 Republican presidential nominee and McDaniel's uncle, lost his home state of Michigan in 2012 after opposing federal efforts to rescue the automotive industry. And Trump, by unleashing a personal attack against the state's governor in the midst of a pandemic, has sparked new fears that he, too, may be hurting himself and his party on the eve of the next election. 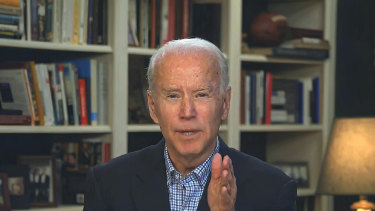 "I did relay to the administration that I didn't think it was helpful and why play that game," Mitchell said in an interview. "These are times when the American people look for leaders. Leaders don't whine. Leaders don't blame."

He said he raised similar concerns with Whitmer's office, suggesting that her criticisms about the federal response have not necessarily been accurate.

"This is not the time where we need more drama in this country," Mitchell said.

While political fights are common for Trump, Whitmer's rise in Democratic politics has been defined by her decision usually not to attack the president.

Whitmer, a 48-year-old longtime state legislator and attorney, ran for governor as a pragmatic liberal, emphasising her bipartisan work while pledging to fix Michigan's crumbling roads. She rarely talked about Trump before the election or after.

When she gave Democrats' response to Trump's State of the Union speech in February, she pivoted from his impeachment to issues concerning working-class voters, including health care, and made only passing references to his behaviour.

But as a frequent guest on national media in recent weeks, Whitmer has criticised the federal response while pleading for ventilators, personal protection equipment and test kits as Michigan has emerged as one of the hardest-hit states.