A Labour mayor who was expelled from the party after saying Boris Johnson ‘completely deserves’ his intensive care battle with coronavirus has now been suspended from her job and faces a disciplinary hearing.

Councillor Sheila Oakes, who is currently mayor of Heanor in Derbyshire works as a paralegal for Nottingham law firm VHS Fletchers who were quick to distance themselves from her hard-hitting comments, revealing that she is now under investigation.

In response to several complaints from members of the public, VHS Fletchers revealed in an email and via social media: ‘The views expressed by Ms Oakes are not shared by the partners of this firm. The news about Mr Johnson is terribly sad and we join with the nation in wishing him a speedy recovery. Our thoughts are with him, his family and indeed everybody else who has been affected by this terrible virus.’ 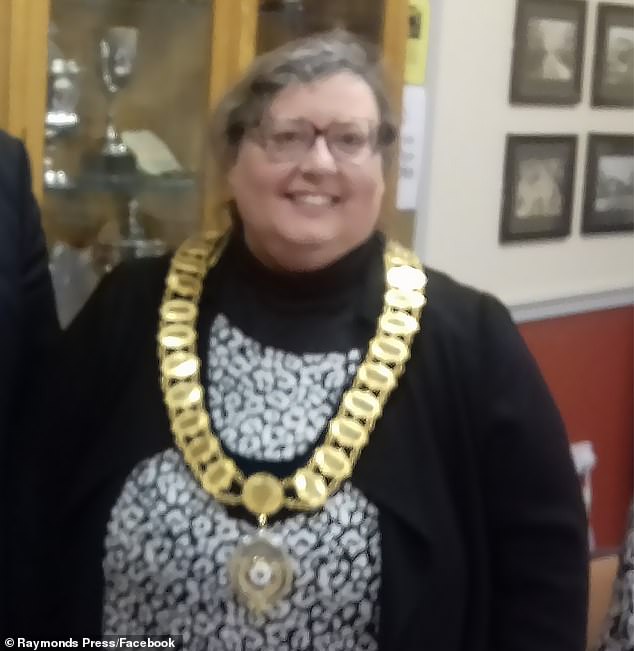 Councillor Sheila Oakes (pictured above), who is currently mayor of Heanor in Derbyshire works as a paralegal for Nottingham law firm VHS Fletchers who were quick to distance themselves from her hard-hitting comments

It added: ‘A disciplinary process will now be invoked that will follow expected legal standards and procedures and until that has been completed we are not in a position to comment further, except to say that Ms Oakes was not part of our small team who, from the 1st April, have continued to provide legal advice to members of our community.’

Writing on Facebook in response to the news that Mr Johnson was transferred to an ICU at St Thomas’ Hospital in Westminster on Monday night as his symptoms worsened, Ms Oakes declared: ‘Sorry he completely deserves this, and he is one of the worst PM’s we’ve ever had.’

She later apologised ‘unreservedly’, but the Labour Party withdrew the whip from her, effectively kicking her out.

Miss Oakes will keep her seat until the next election, but she is now an independent politician.

Twitter users called on VHS Fletchers to take swift action against Ms Oakes, who had been working from home because of the coronavirus lockdown. The firm is one of the biggest in the East Midlands and specialises in a range of areas from criminal defence, prisoners’ rights, sport and education. 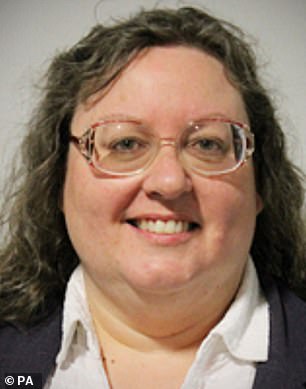 One user Tweeted: ‘I feel for you, I really do and I hope you will deal with this vile employee to full extent of your disciplinary powers, to have such a vile human representing your firm is no fault of yours, politics aside, I am truly disgusted that one human can say those things to another.’

In response to the social media criticism, the company Tweeted: ‘We employ 60 people across 6 offices and are the only legal aid provider in 2 towns we are in.

‘Are you content for the business to fold and those people to lose their jobs, and local people to lose access to justice, because of one person’s comments?’

A separate district council standards inquiry may also follow for Ms Oakes, an Amber Valley councillor since 2014, if formal complaints are made to the local authority.

‘This means that Cllr Oakes does not currently sit as a Labour councillor and further due process will follow.

‘We wish the Prime Minister, and all who are suffering with this awful disease, a speedy recovery and send love and solidarity to them and their families.

‘It would be inappropriate to comment further until due process has taken its course.’