Eighteen trainee doctors at one of Japan’s most prestigious hospitals have contracted coronavirus after attending a party with colleagues – despite being repeatedly asked not to join large gatherings.

The hospital confirmed that 40 trainees had attended a drinking party after work. 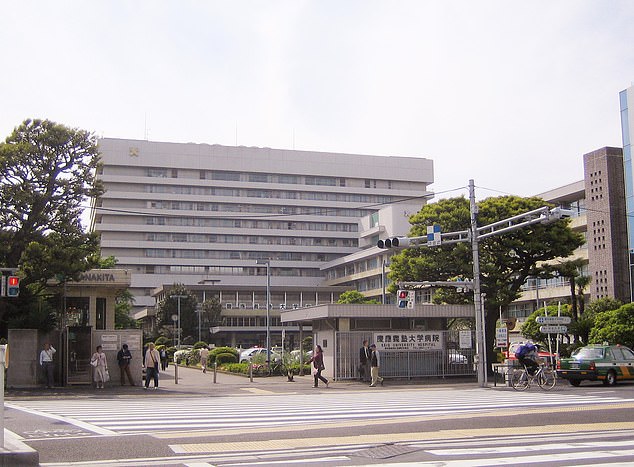 Keio University Hospital (pictured) director admitted that 40 trainee doctors had attended a drinking party, and nearly half have now tested positive for Covid-19

A statement issued by hospital director Yuko Kitagawa said: ‘What happened was an unforgivable blunder on part of our trainee doctors.

‘They sorely lacked the self-awareness necessary for being a doctor.’

Despite calls from Tokyo governor Yuriko Koike for people to stay home on weekends and refrain from evening gatherings, life in the Japanese capital has continued largely as usual during the coronavirus outbreak.

The hospital admitted that the party took place on March 26, a day after Koike’s first call for restraint.

Her message had gone largely unheard, with many people still regularly spotted dining out and gathering in parks.

That may soon change, though, following Prime Minister Shinzo Abe’s declaration of a state of emergency to fight new coronavirus infections sweeping across major areas of the country. 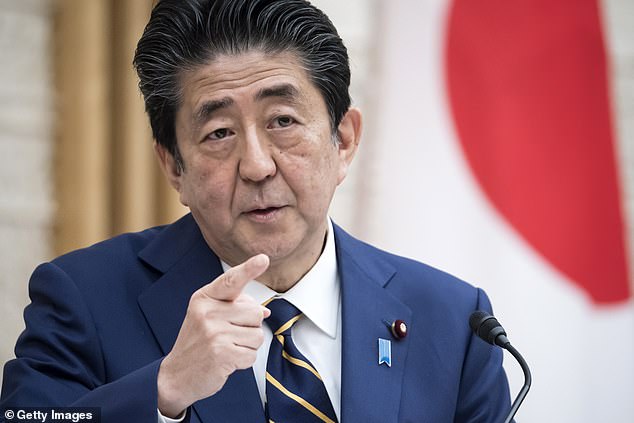 The month-long state of emergency will target Tokyo and six other prefectures – accounting for 44% of Japan’s population – to ramp up defences against Covid-19.

Coronavirus infections in the capital more than doubled to about 1,200 in the past week, with more than 80 new cases reported on Tuesday. That accounts for the highest number in the country.

Nationwide, cases have climbed past 4,000 with 93 deaths as of Monday.

There are fears, however, of hospital bed shortages and ICU units for patients with severe symptoms. 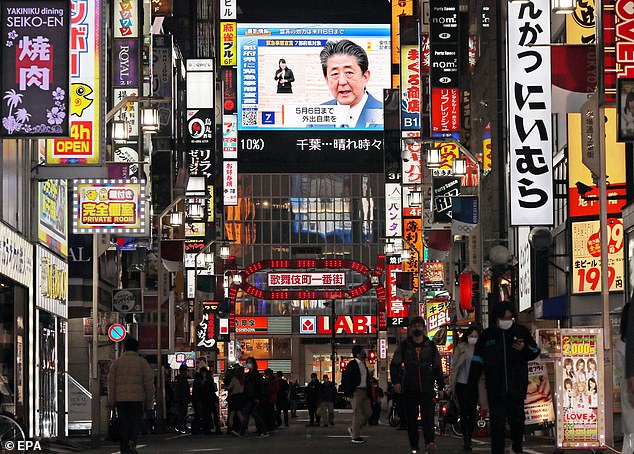 Osamu Nishida, chairman of the Japanese Society of Intensive Care Medicine, noted that Japan has only five ICU beds per 100,000 people, compared to 12 in Italy and about 30 in Germany.

Abe has said the central government has secured 25,000 beds and 8,000 ventilators.

Mr Abe also unveiled a stimulus package he described as among the world’s biggest in a bid to soften the economic blow caused by Covid-19.