Female flight attendants working for Japan Airlines will be allowed to wear trousers and abandon high heels next month, the company said on Thursday, after a feminist campaign took off.

The airline becomes one of the first major Japanese firms to announce the shift after a campaign known as #KuToo last year called to reject mandatory high heels at work, drawing more than 32,000 signatures in an online petition.

The campaign is part of a wider feminism movement in socially conservative Japan, with Japan Airlines saying the new policy was aimed at boosting a ‘diverse working environment’. 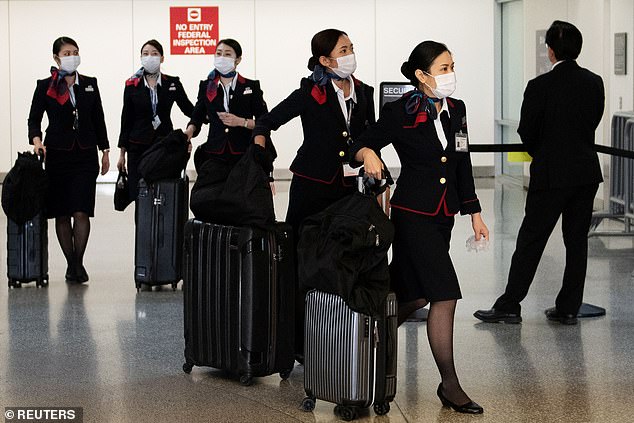 Japan Airlines’ 6,000 female cabin crew will no longer be forced to wear high heels and skirts from next month following a campaign by feminists 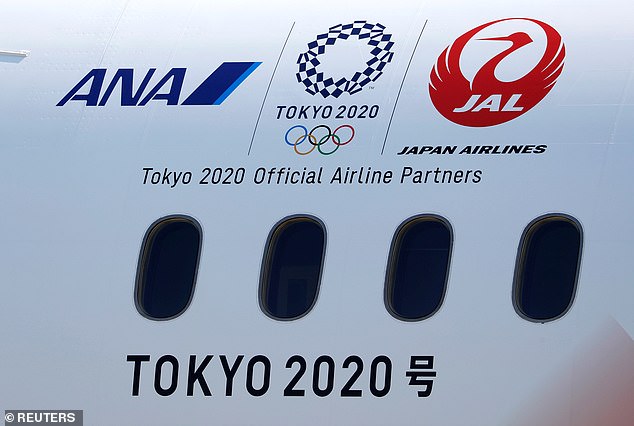 Airline spokesman Mark Morimoto said: ‘This will be the first time to introduce trousers and to provide additional options for footwear.’

The change – to take effect in April – will allow nearly 6,000 female crew members to choose footwear that ‘best fits their needs’, with or without heels, the airline said.

The #KuToo campaign has highlighted the rigid beauty standards on women in Japan, ranked 121 out of 153 countries in the World Economic Forum’s latest Global Gender Gap index.

The hashtag is a play on the Japanese words for shoe – ‘kutsu’ – and pain – ‘kutsuu’.

It was started by actress and activist Yumi Ishikawa who took to Twitter about being forced to wear high heels for a part-time job at a funeral parlour.

Ishikawa said: ‘It’s a great step given that Japan Airlines is such a big company.

‘It’s not only airlines – there are also hotels, department stores, banks and a lot of other companies with this requirement. I hope they follow this example.’

Prime Minister Shinzo Abe said this month women should not suffer from dress code requirements, according to local media, although a minister previously said they were ‘necessary and appropriate’ in the workplace.

In another social media outcry, Japanese women took to Twitter to demand the right to wear glasses to work in November, after reports employers were imposing bans.