A SEA of beds can be seen inside the sprawling 160,000sqft coronavirus field hospital set up in New York City, where 134 people died in a day.

NYS Governor Andrew Cuomo announced the Jacob Javits Convention Center would be converted to hold 1,000 beds after it was constructed by the US Army Corps of Engineers. 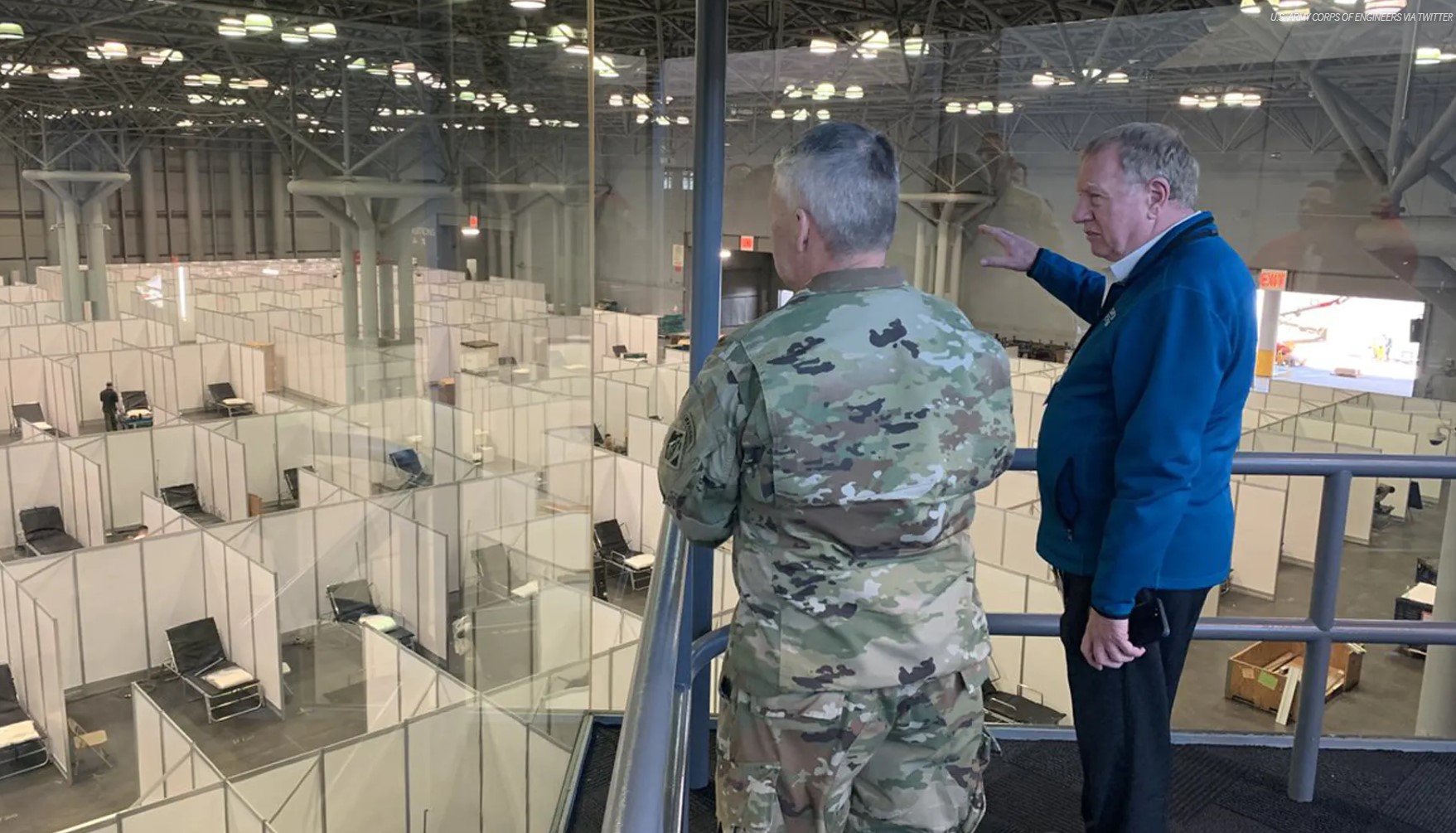 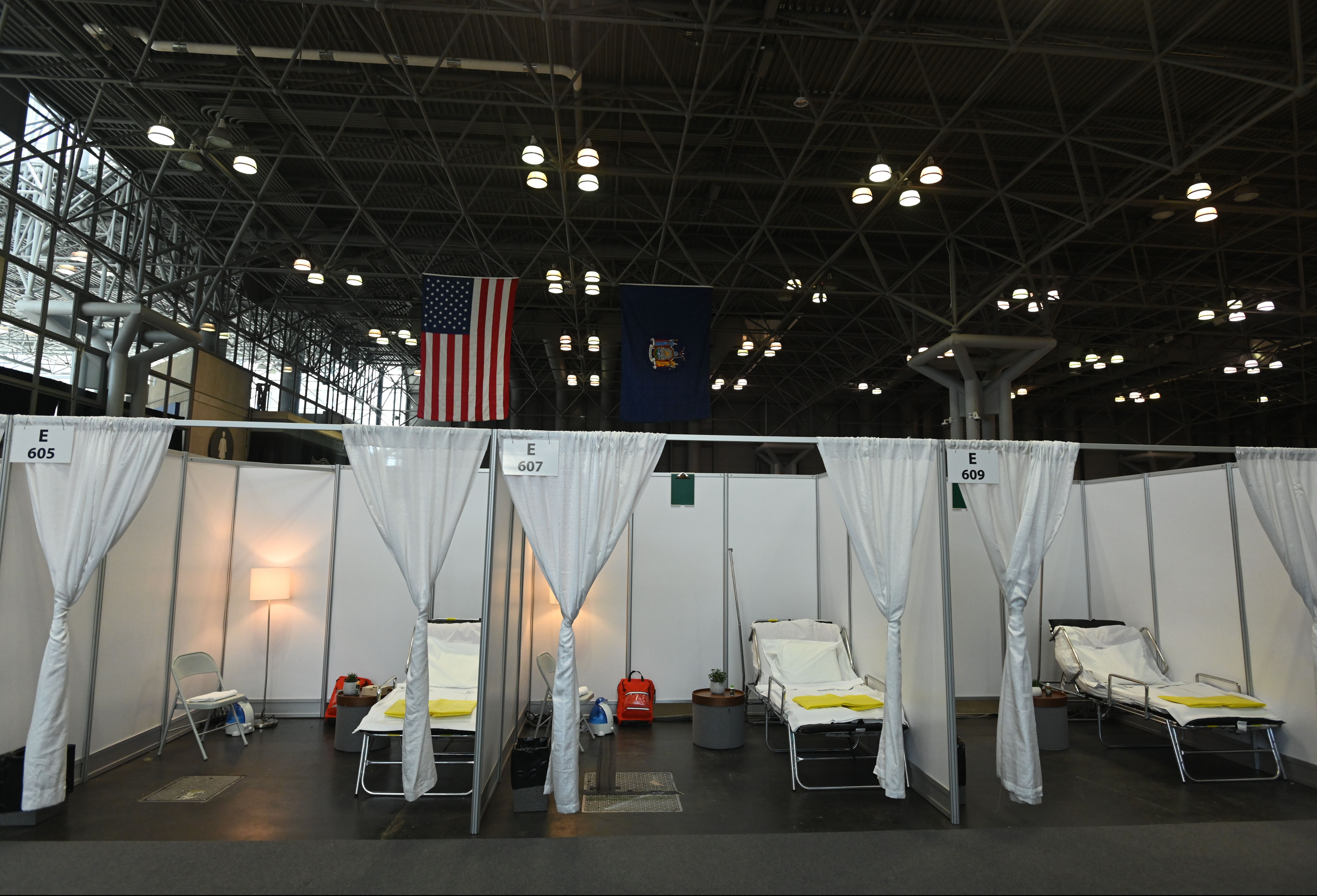 Lt. Gen. Todd Semonite surveyed the makeshift hospital on Friday, which has multiple floors to provide the hundreds of beds needed for non-COVID-19 patients,

After praising the Army Corps for their efforts in NYC, Cuomo hit back at Trump after the President accused him of "exaggerating" the state's need for coronavirus ventilators. 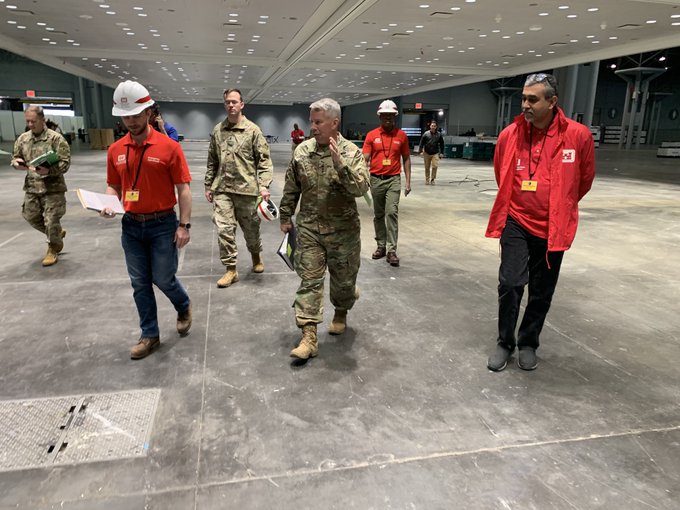 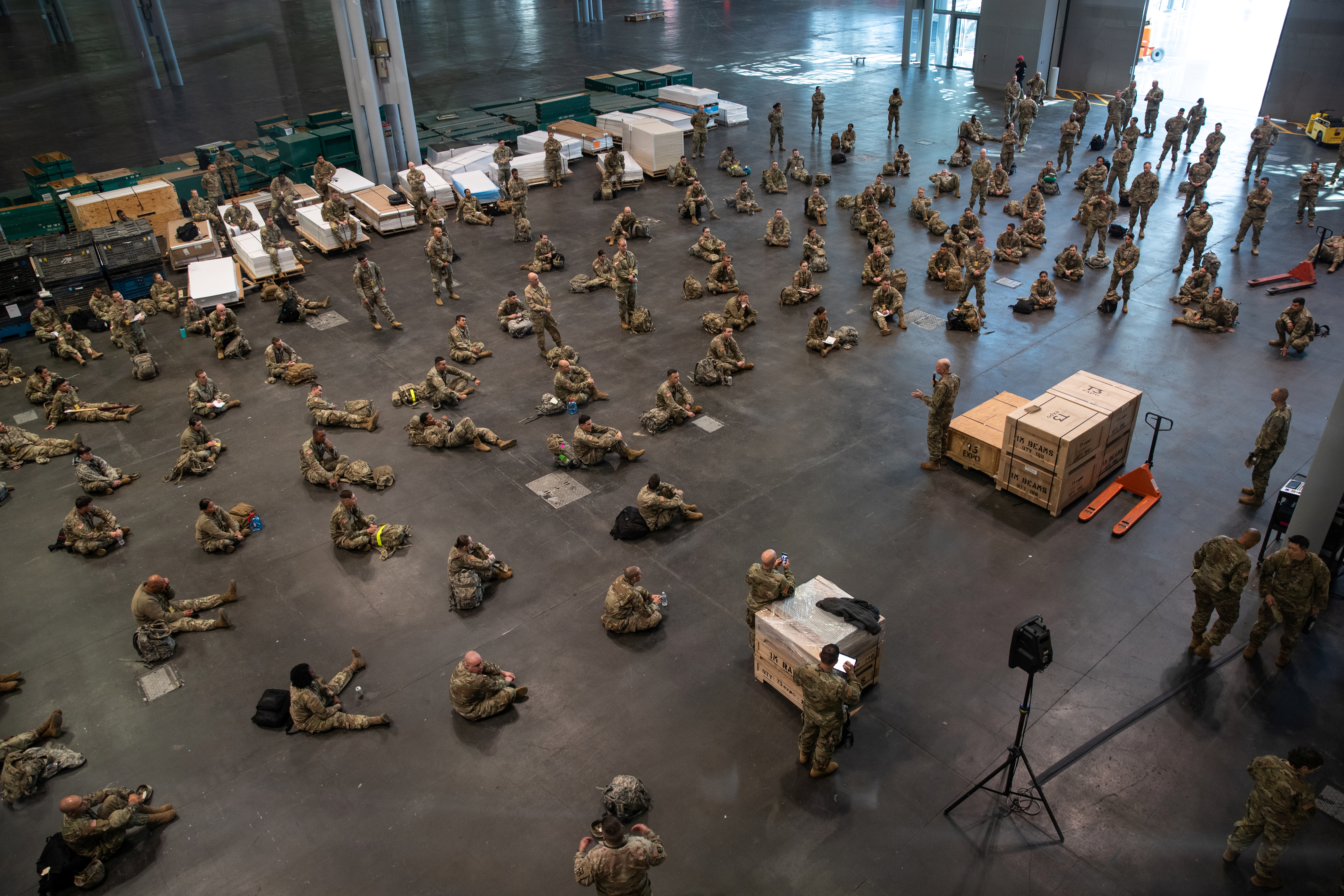 The president later announced that he was enforcing the Defense Production Act "to require General Motors Company to accept, perform, and prioritize contracts or orders for the number of ventilators that the Secretary determines to be appropriate."

GM will join a host of other car manufacturers to produce the critical machines as the peak of the disease looms in just 21 days for New York.

"Our negotiations with GM regarding its ability to supply ventilators have been productive, but our fight against the virus is too urgent to allow the give-and-take of the contracting process to continue to run its normal course. GM was wasting time," Trump said in a statement.

"Today’s action will help ensure the quick production of ventilators that will save American lives." 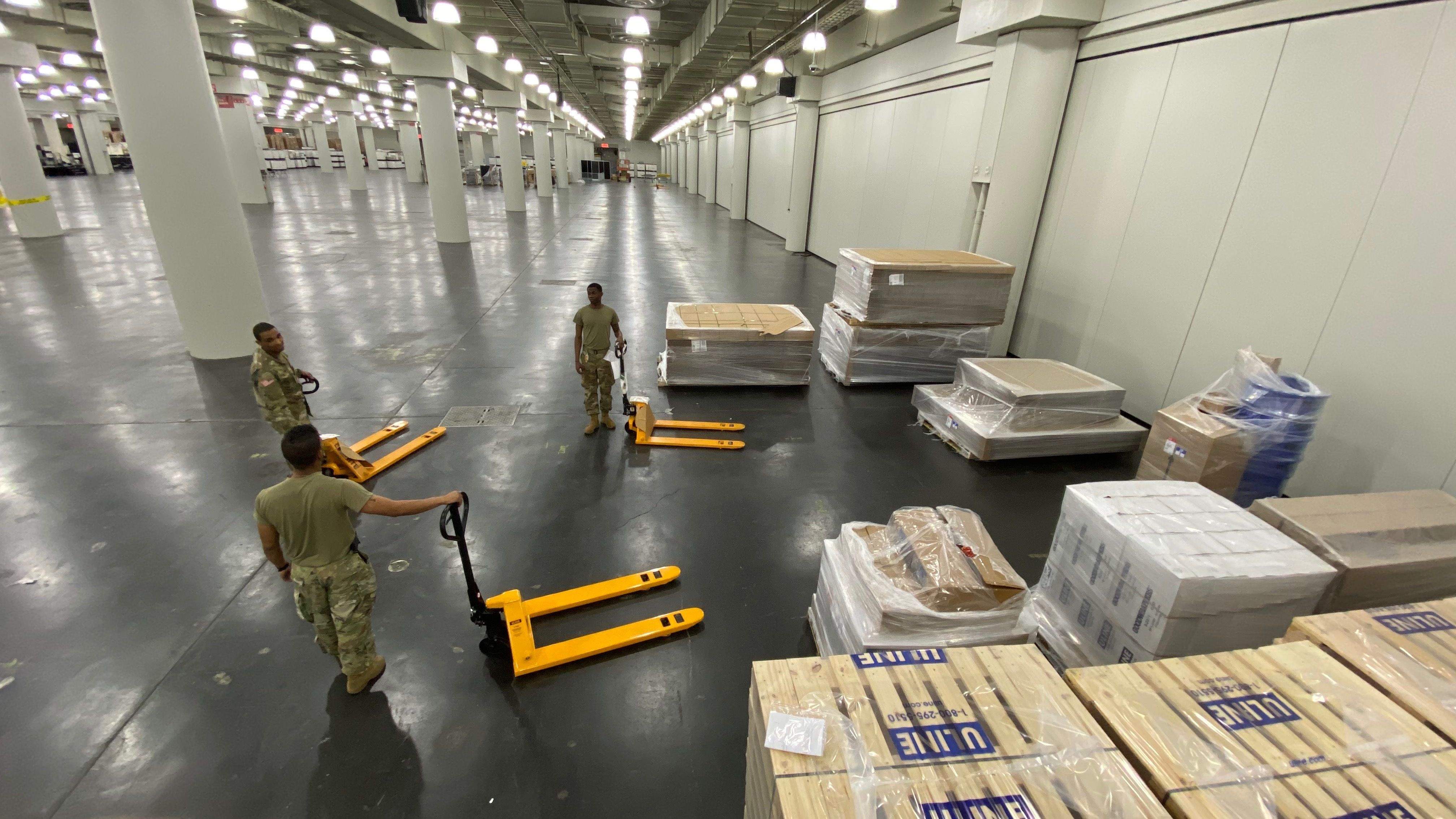 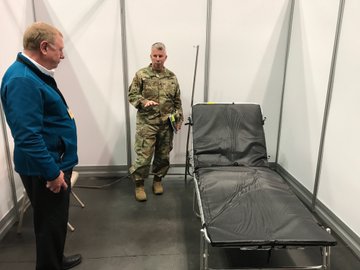 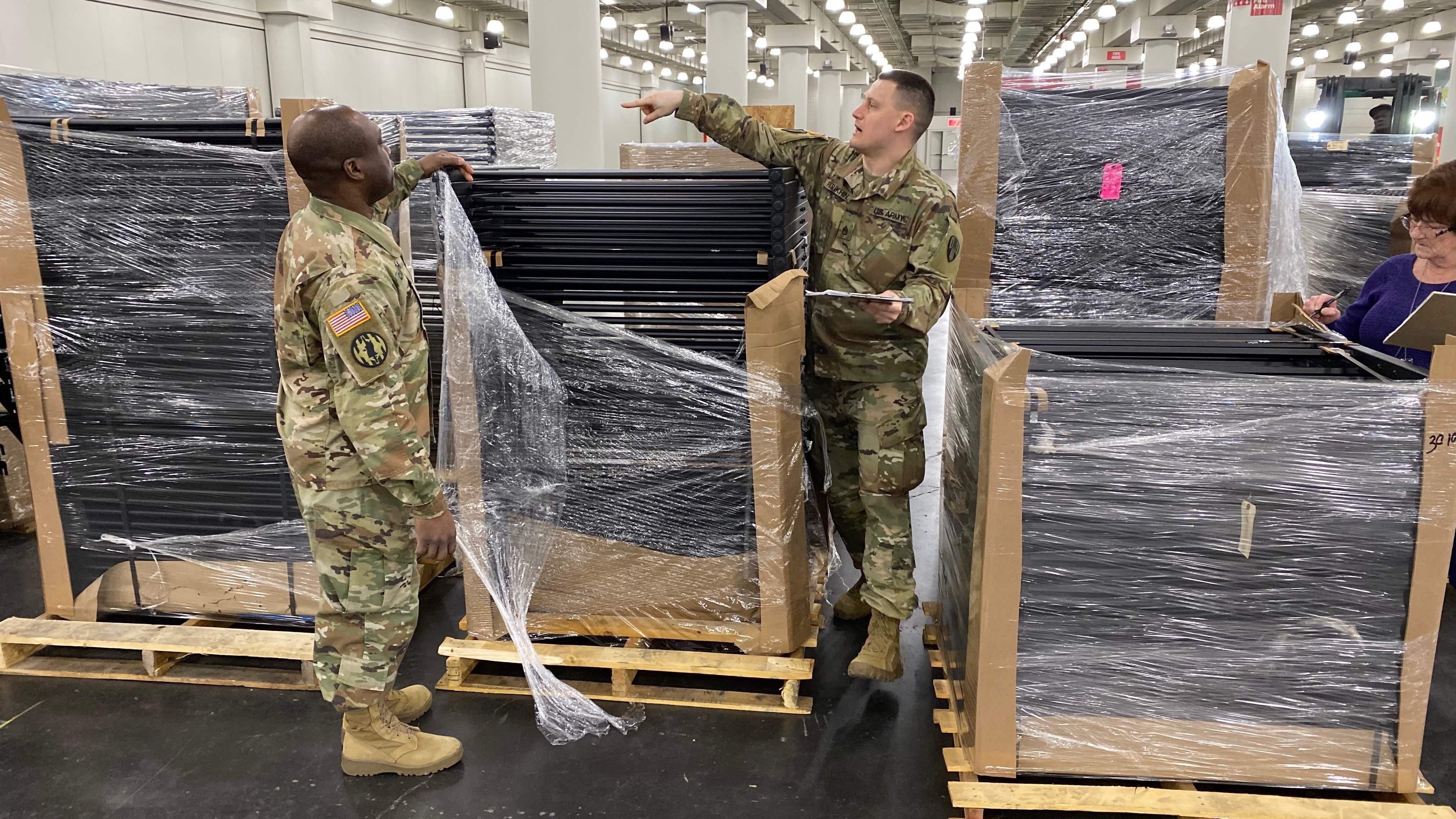 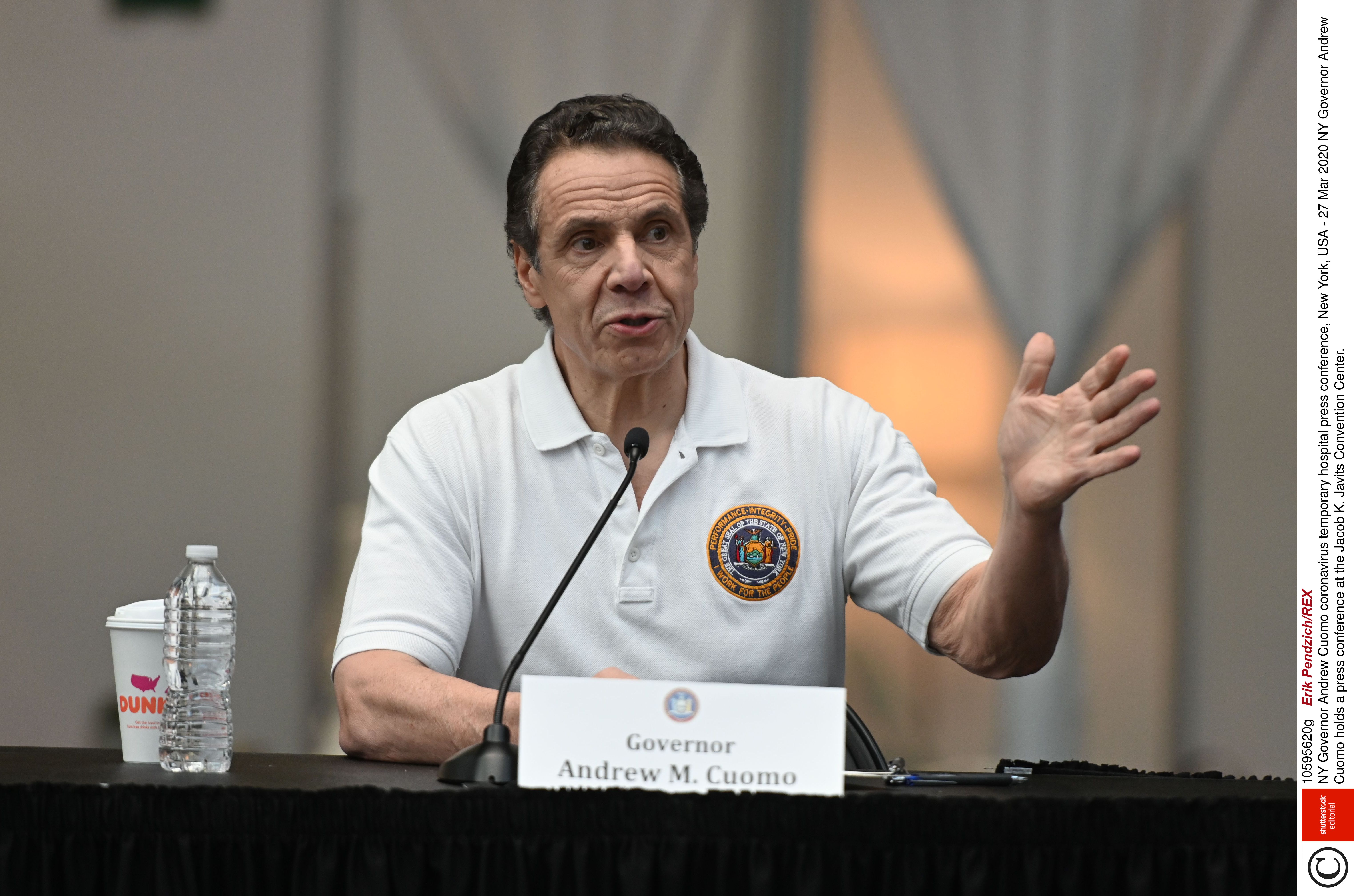