AN URBAN explorer has captured eerie images inside an abandoned farmhouse where mannequins were left posed up for a tea party and a message 'written in faeces' was daubed on a box.

YouTuber Daniel Sims, 32, also discovered a diary from 2000 in a stable block detailing everything its author ate and drank, as well as board games covered in dust and horse riding trophies from the 1950s. 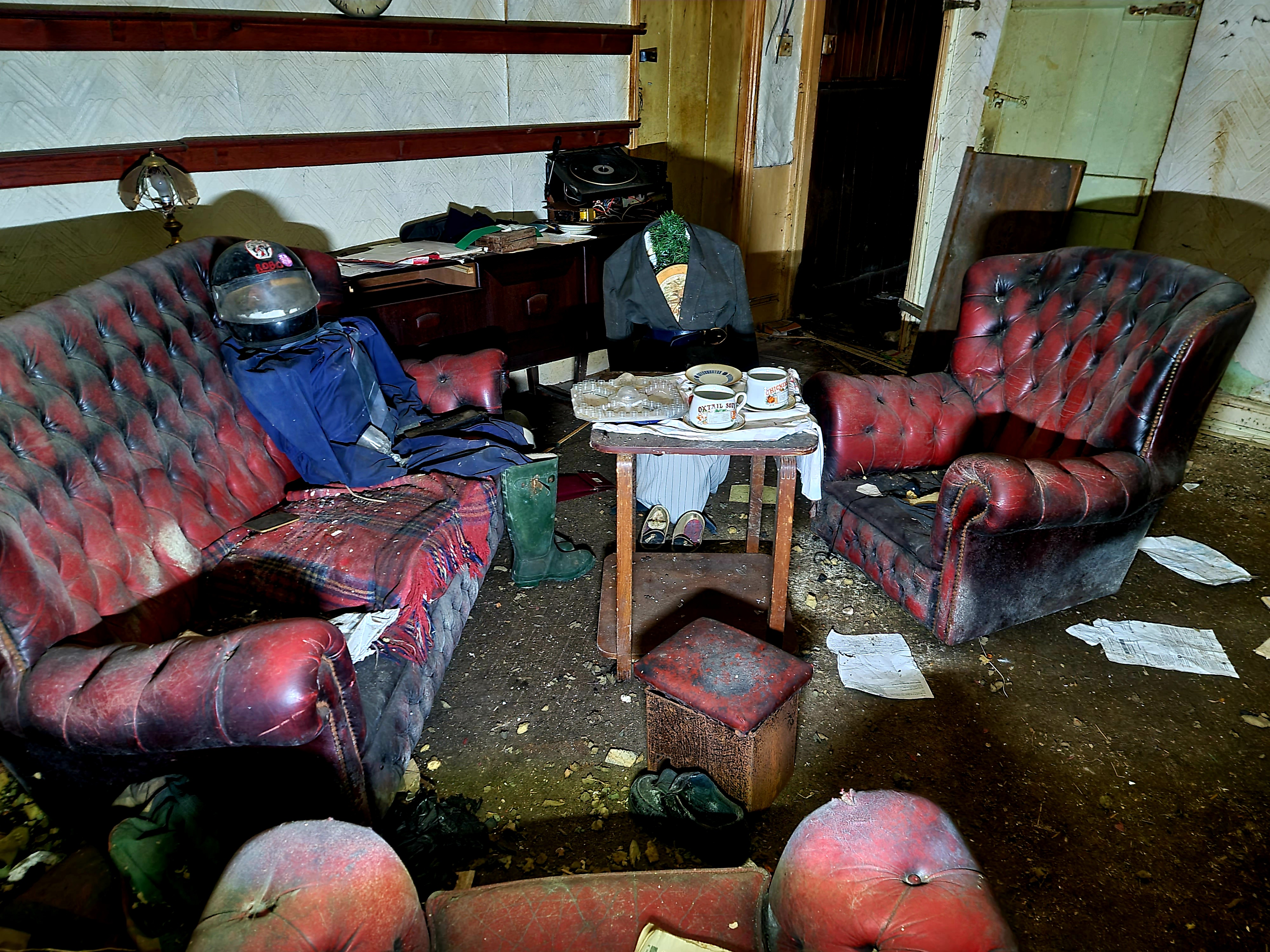 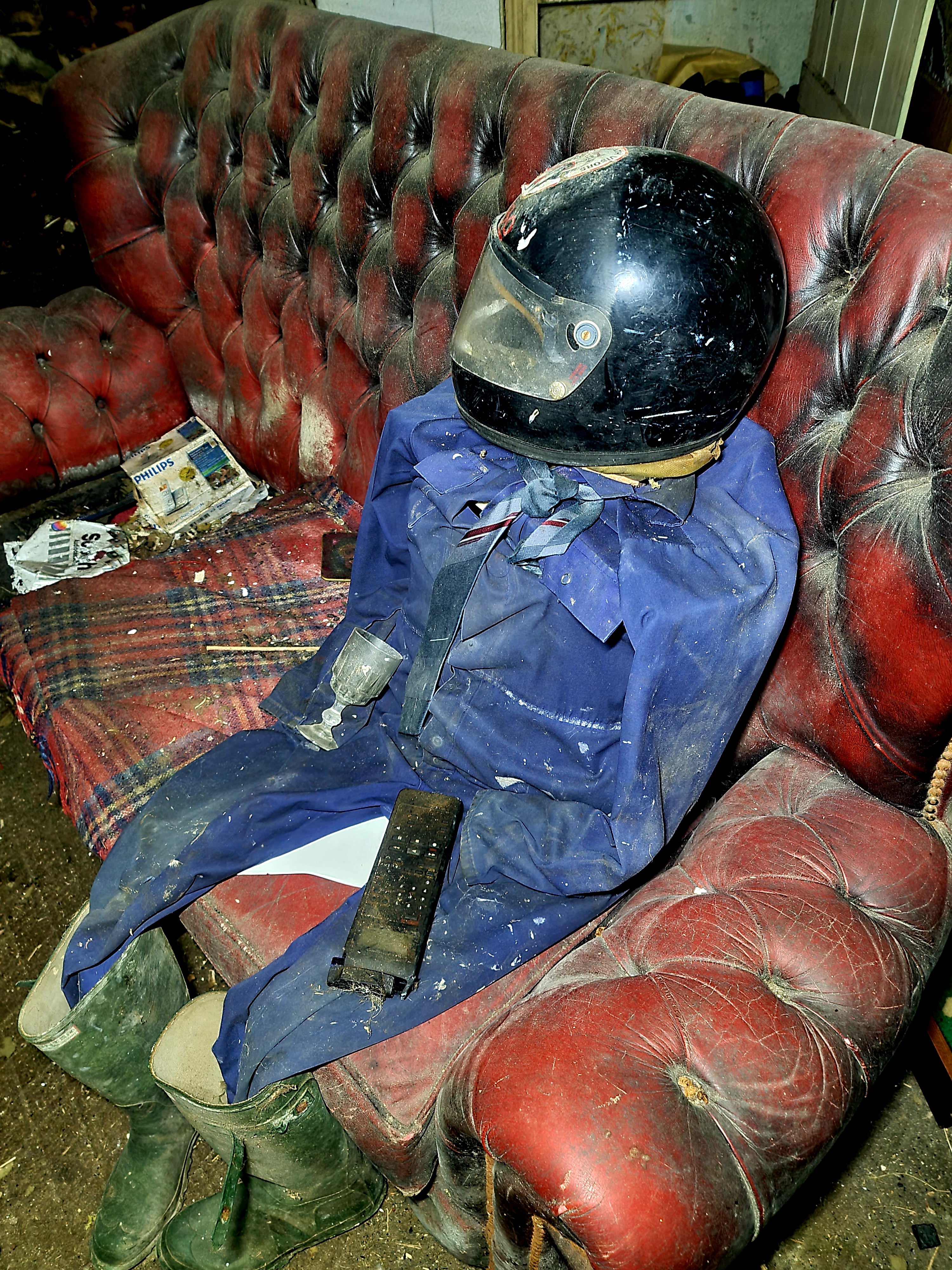 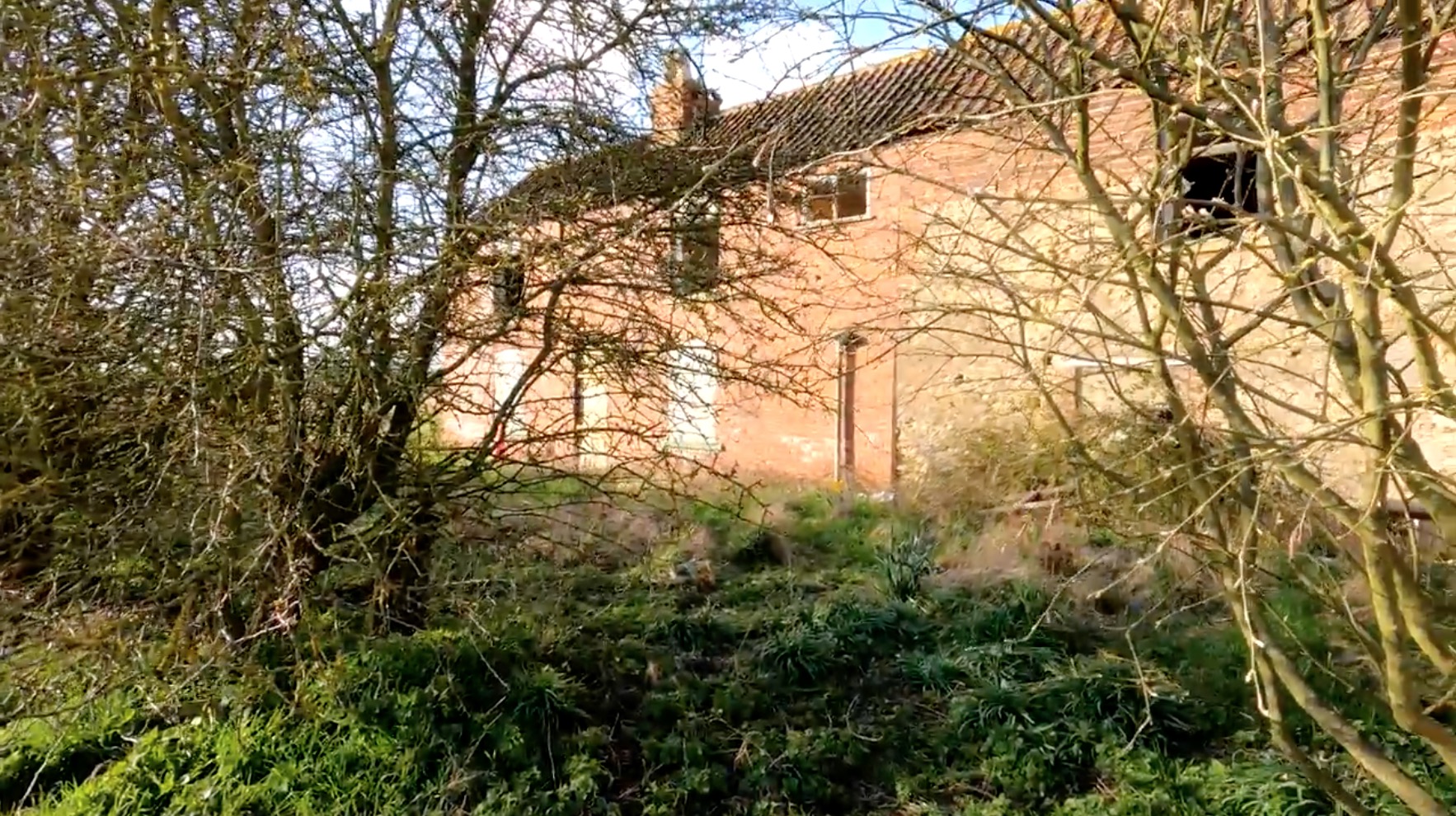 Daniel, of Huddersfield in West Yorkshire, decided to visit the property in rural Lincolnshire after getting a tip-off from a fellow explorer.

And in a video posted to his channel, Bearded Reality, Daniel can be seen walking around the derelict site – before making a series of creepy discoveries.

Initially, he can be seen walking into a stable block, where he discovered the letters 'B' and 'R' smeared on a white box. He said he believed faeces had been used to write the message.

In the next stable, he recorded the moment he found a diary dated from 2000.

The journal contains detailed descriptions of the author's days, including the time they awoke and everything they ate, as well as information about the weather.

Daniel then filmed himself leafing through a yellowing photo album containing black and white snaps of a family.

He found more photo albums inside the home, as well as trophies and medals from horse competitions between the 1950s and early 2000s and an extensive comic book collection dating from the 1970s. 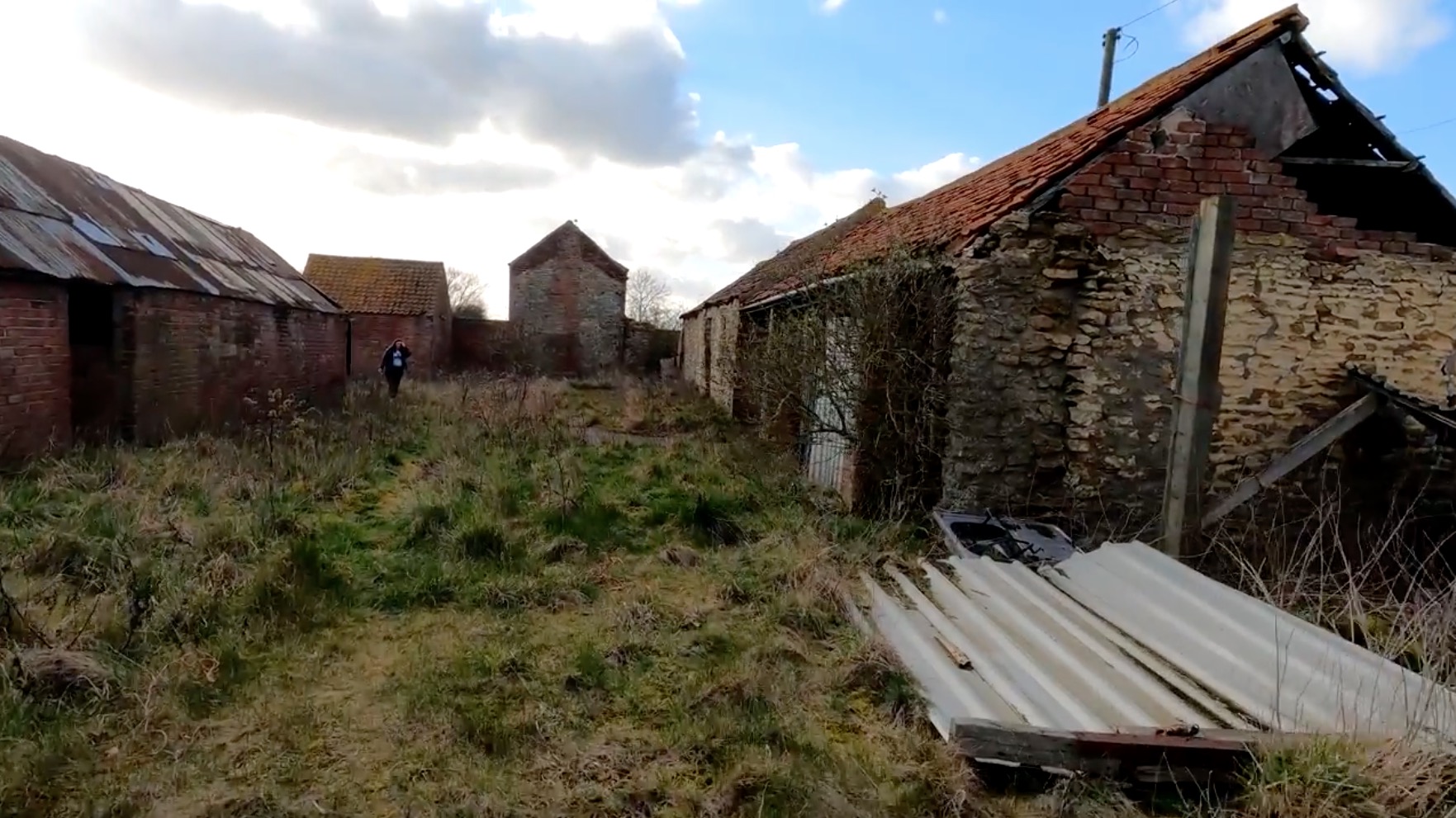 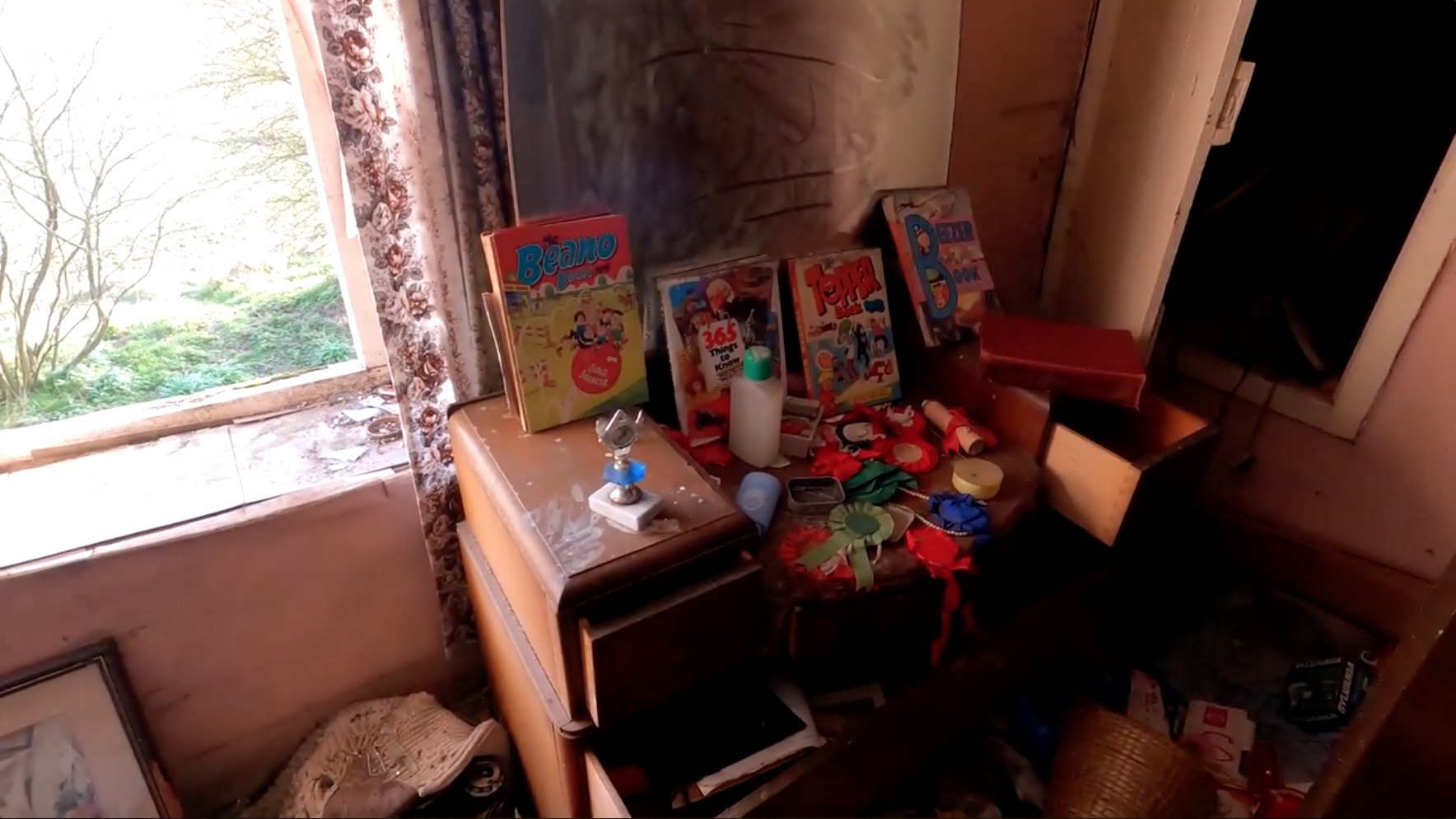 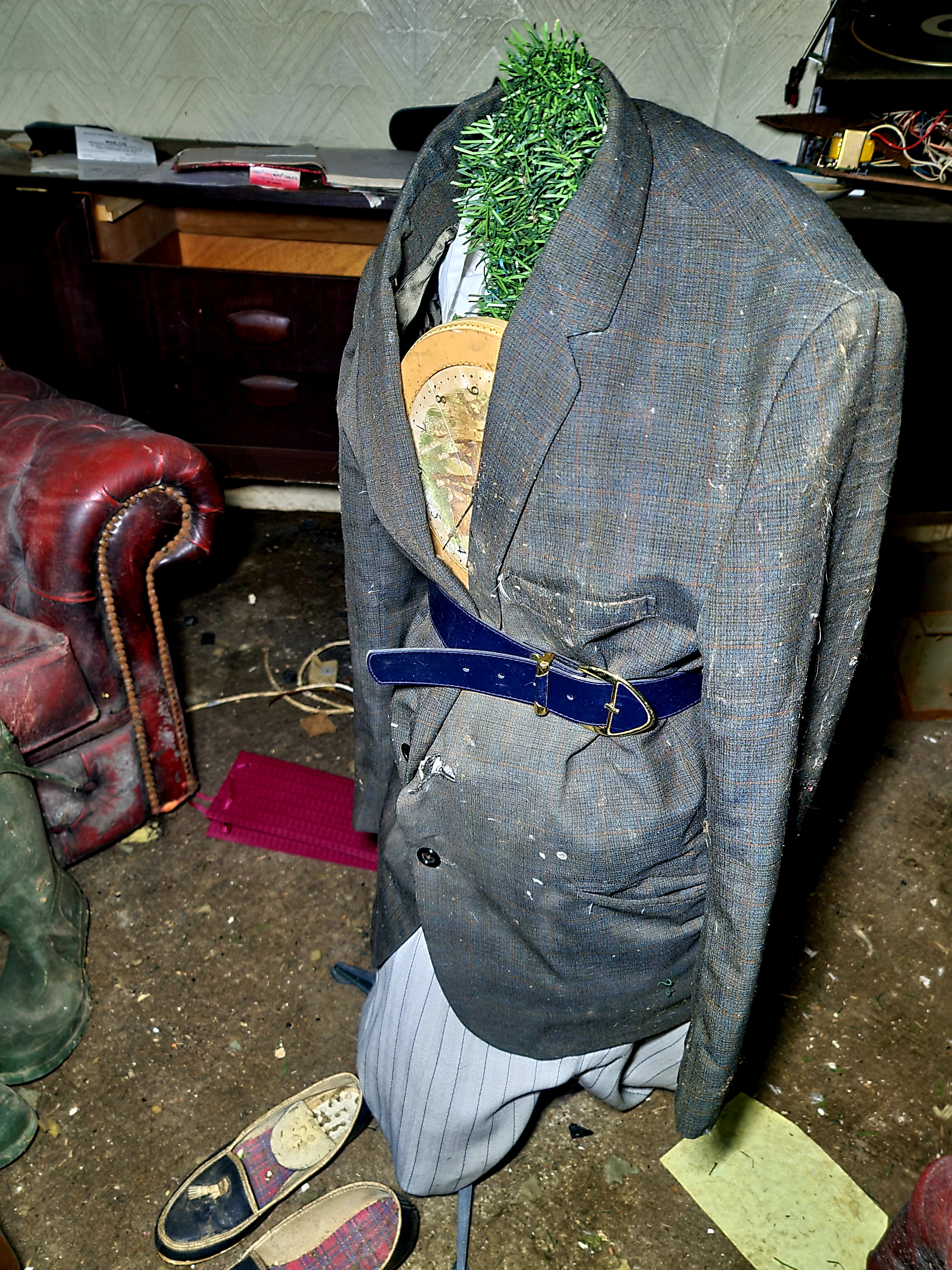 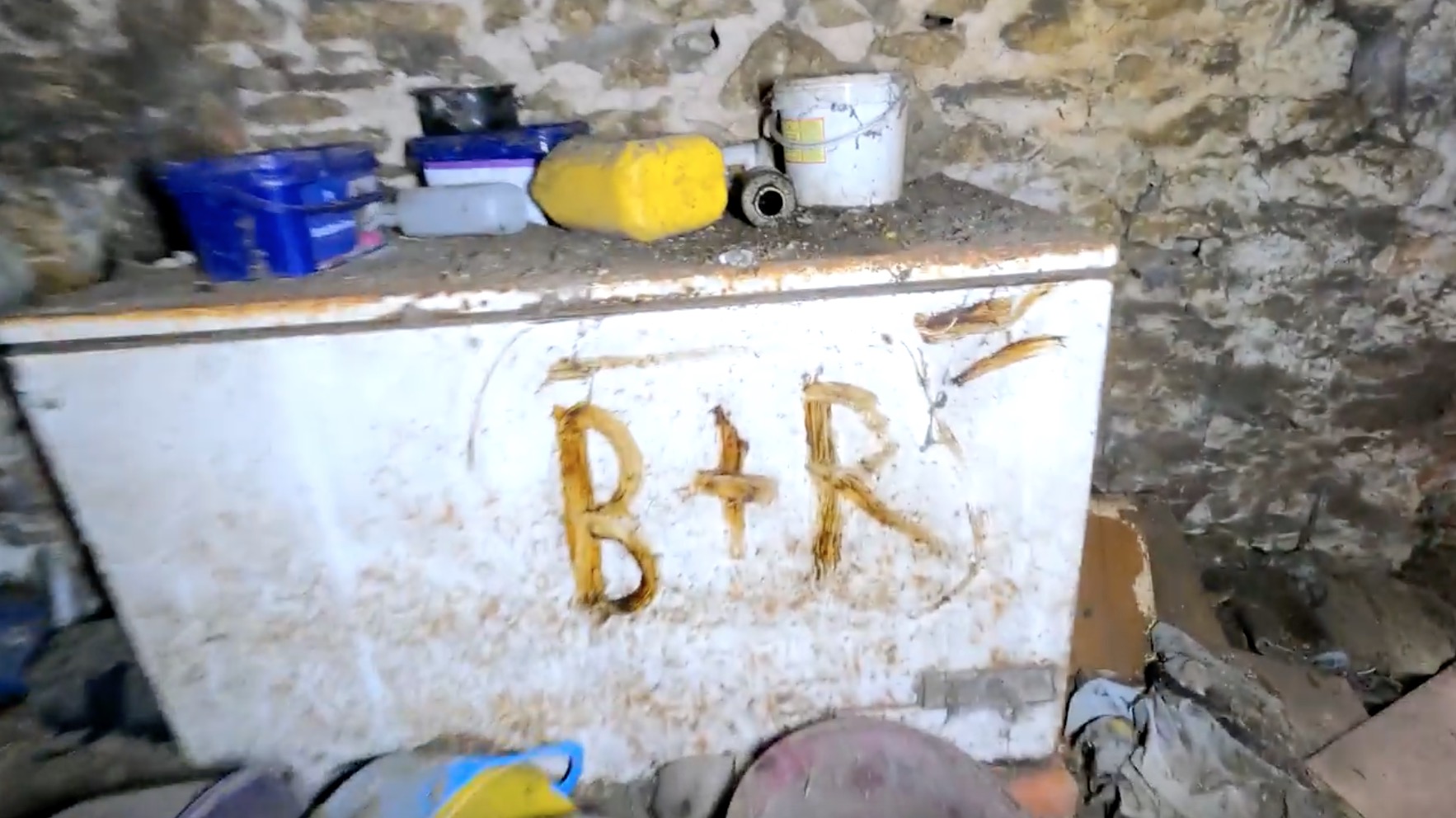 And most mysteriously of all, he then stumbled across a mannequin's tea party.

The two figures were posed up in the dingy living room, with one sitting in an armchair and the second propped up next to a table laid with a tablecloth, teacups and saucers.

One of the dummies had been dressed in a blue waterproof suit with green wellington boots and a motorbike helmet, while the second – made out of a Christmas tree – was given a formal grey suit, striped trousers and shoes.

Daniel, who can be seen in his footage panning around the silent room with a torch before turning and leaving, said: “It was really creepy to see.

“I was not expecting to see that set-up at all and honestly thought it was just some people sat on the coach.

“My mind had spotted something crazy, and that’s why I retreated back into a different room to compose myself."

Elsewhere in the room, Daniel found a dusty board game, while beside one of the mannequins was a copy of the Scunthorpe Evening Telegraph from 1996 and heavily watermarked photographs. 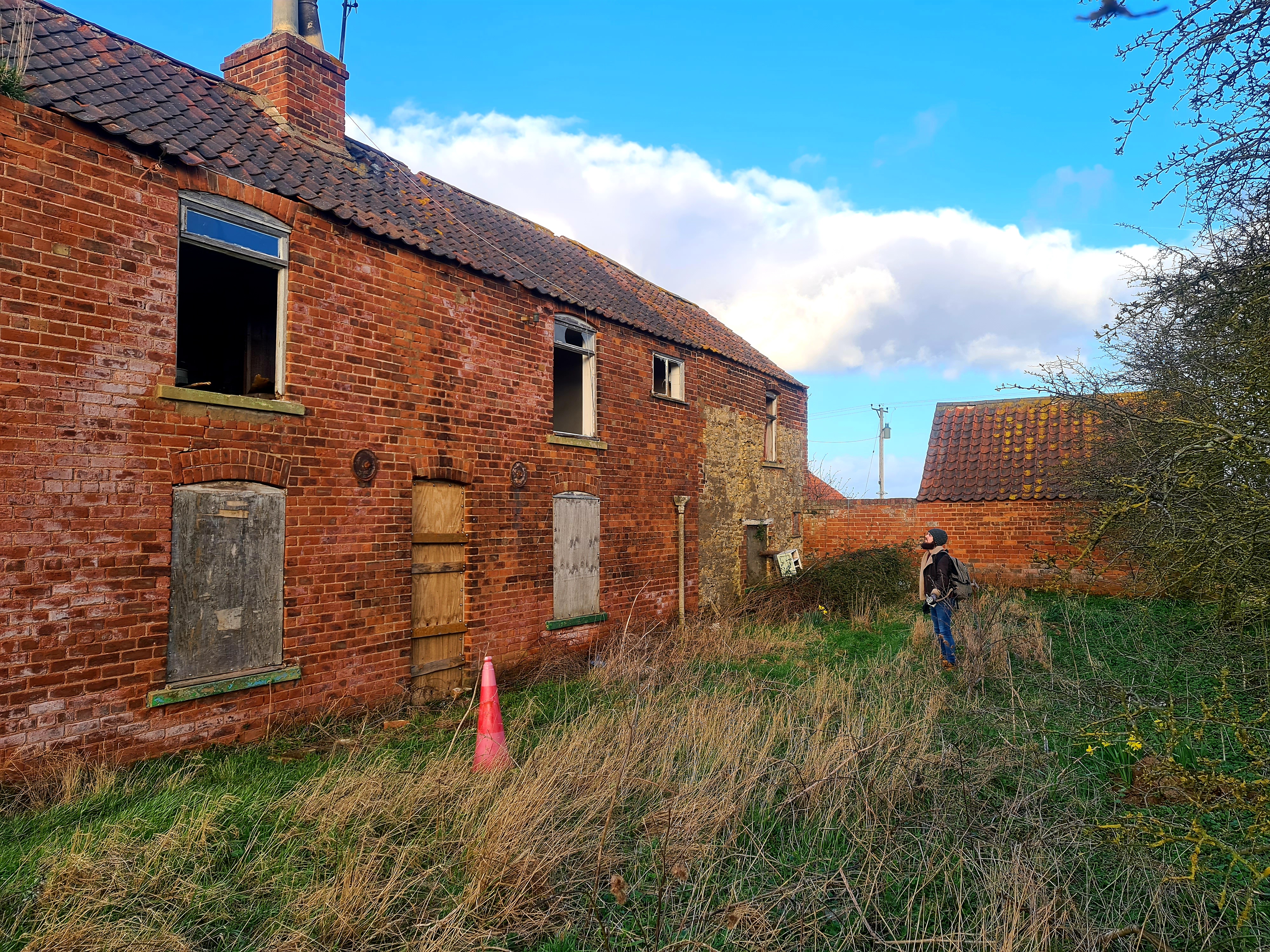 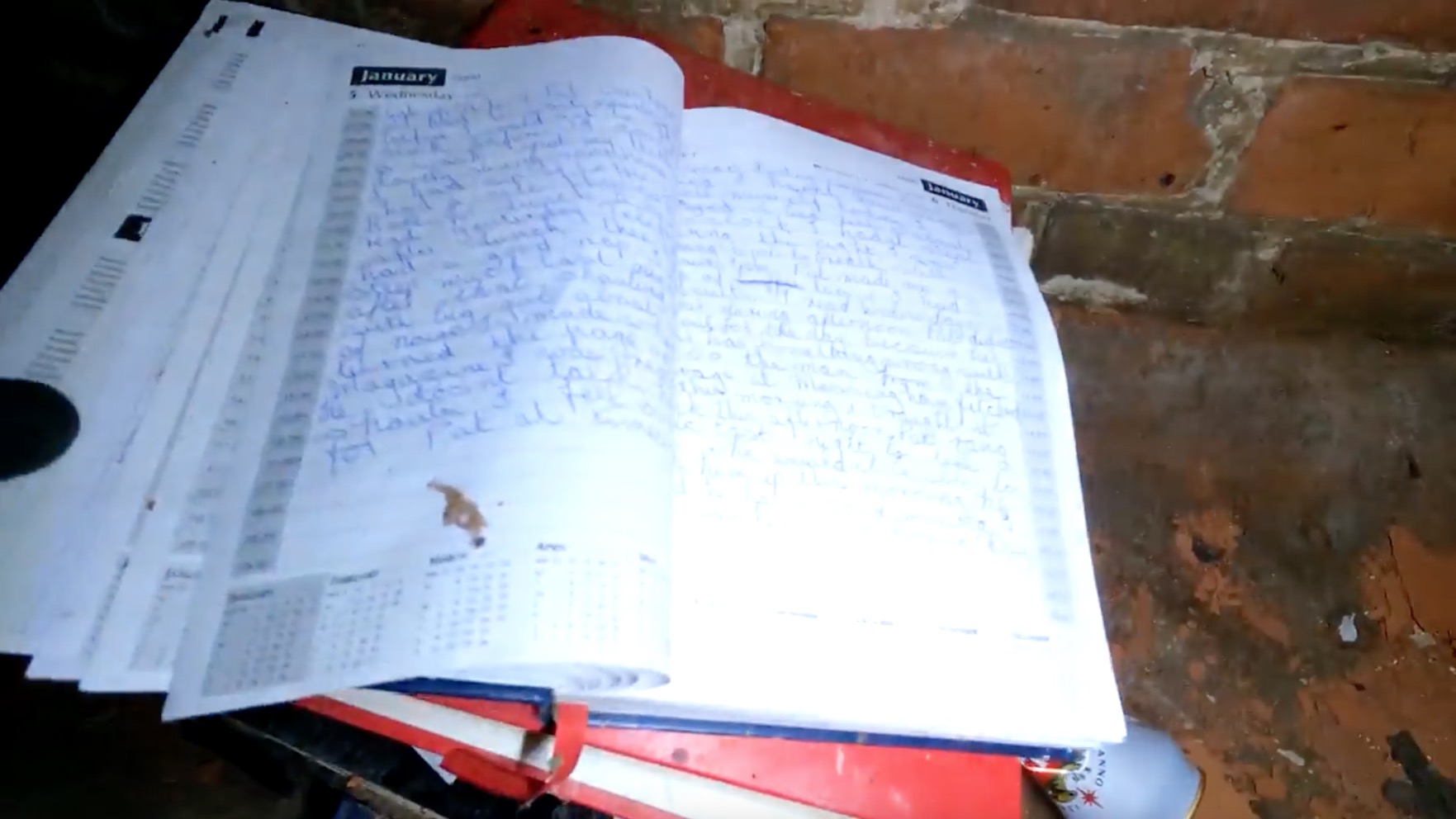 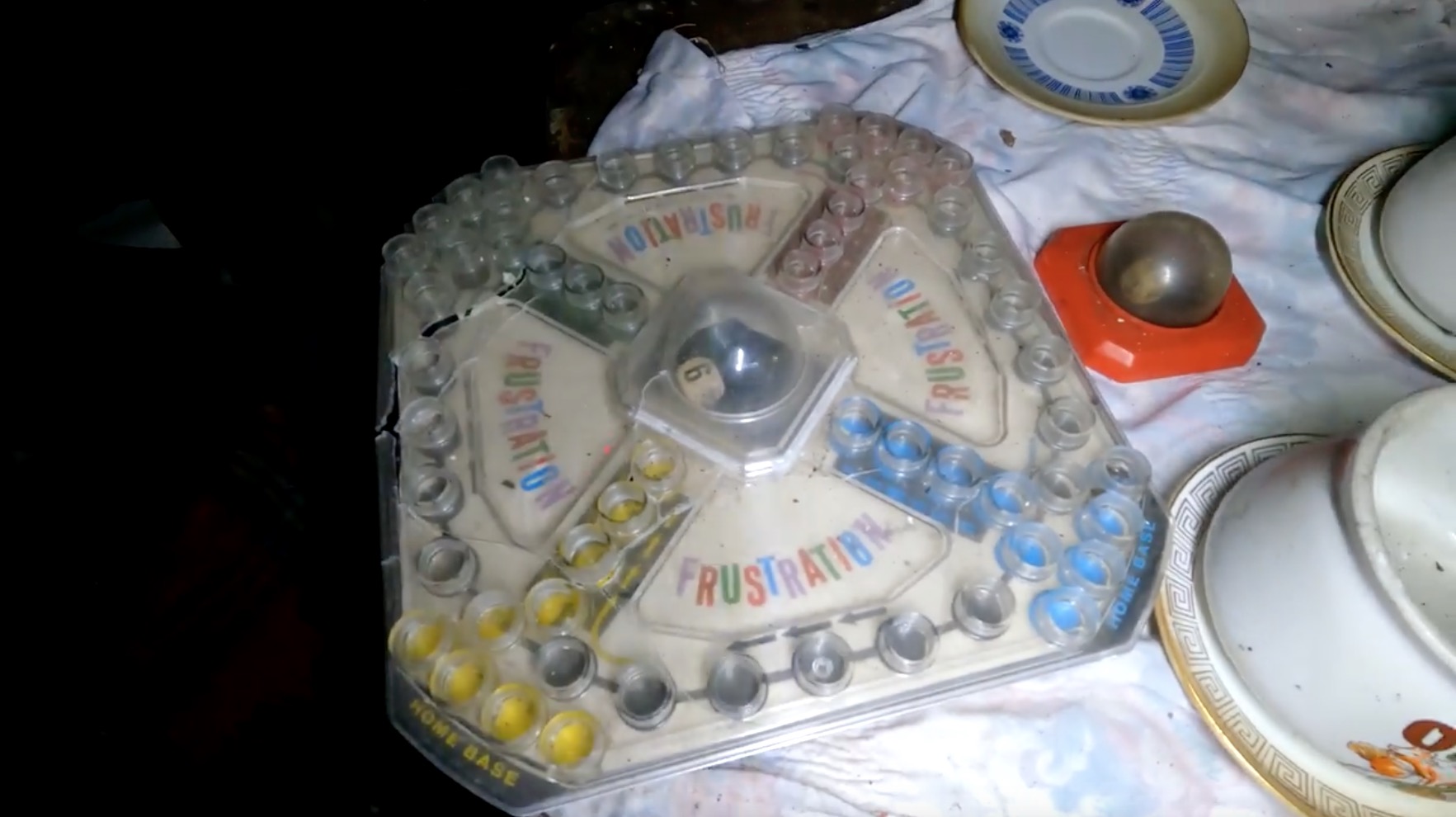 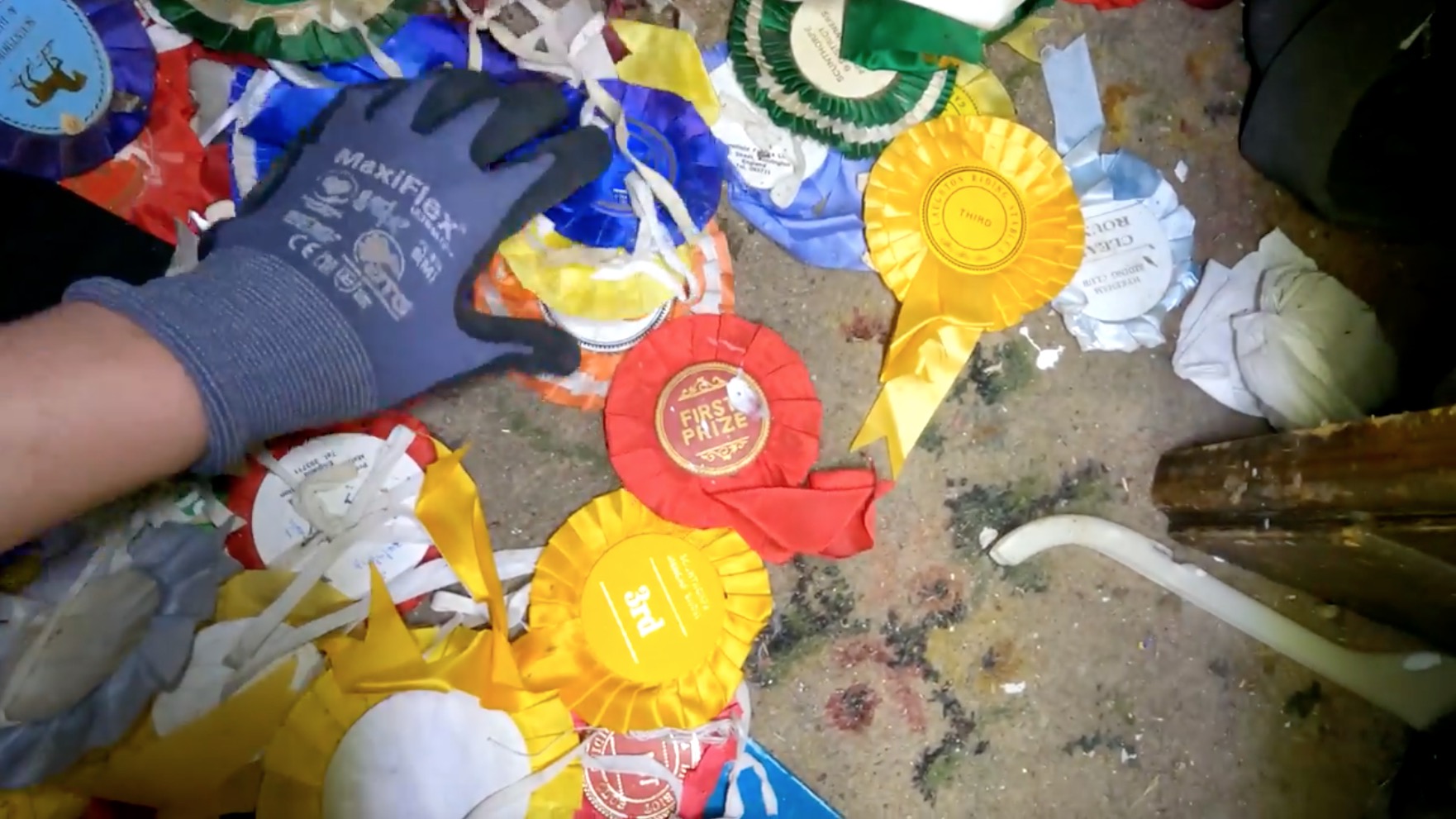 He said he's been unable to find out who owned the property, but believes it was a couple.

"From going through the possessions left behind, they seem to have owned quite a few award-winning horses," he said.

And he admitted being unusually nervous as he explored the home.

"From a distance, it didn't look abandoned," he said.

"My initial impression was that it was just an abandoned farm with some ruins and stables left behind.

"I wasn't expecting to find much.

“But as I entered the property, I found some trophies and pictures which suggested there was more to the place." 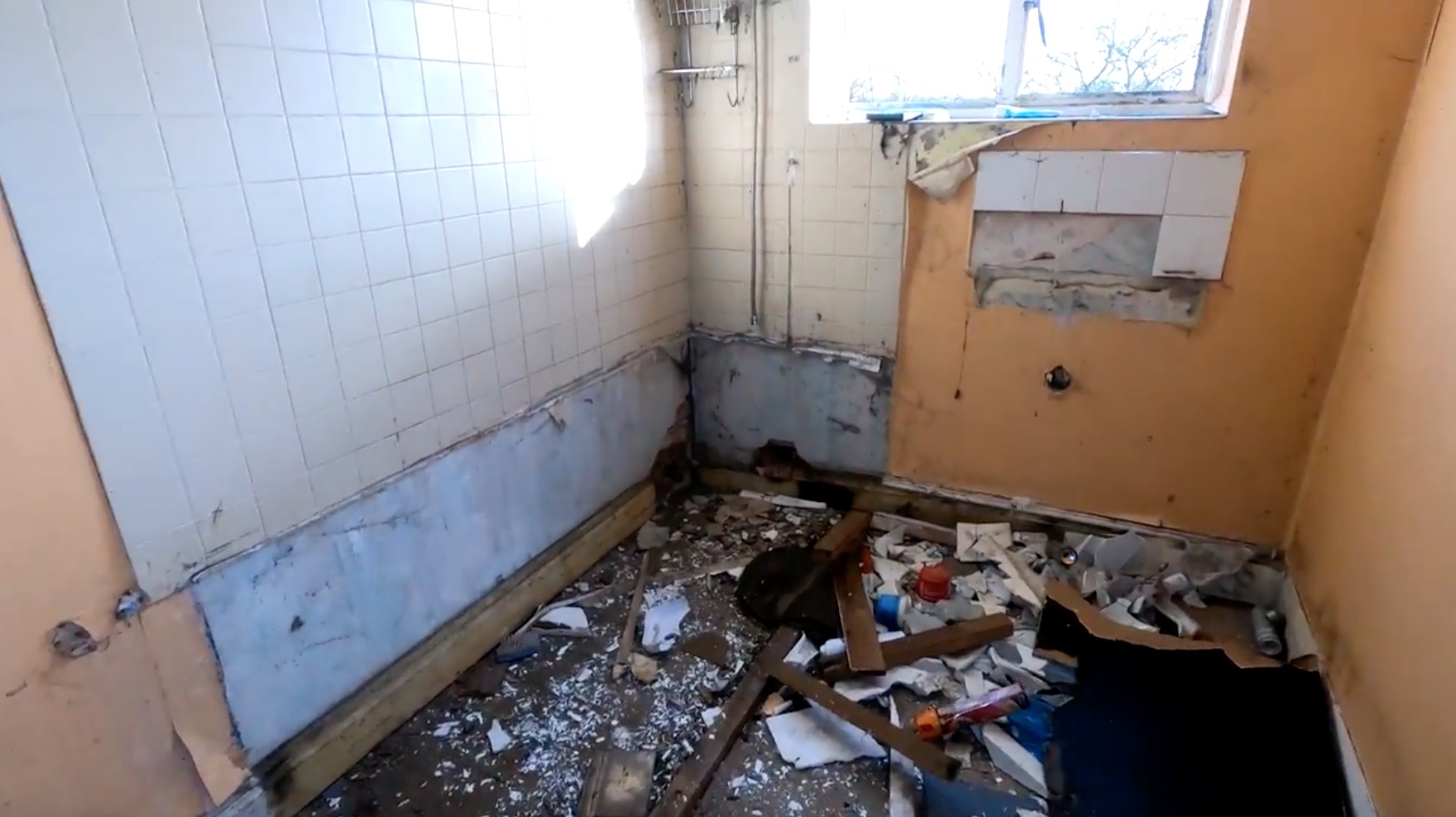 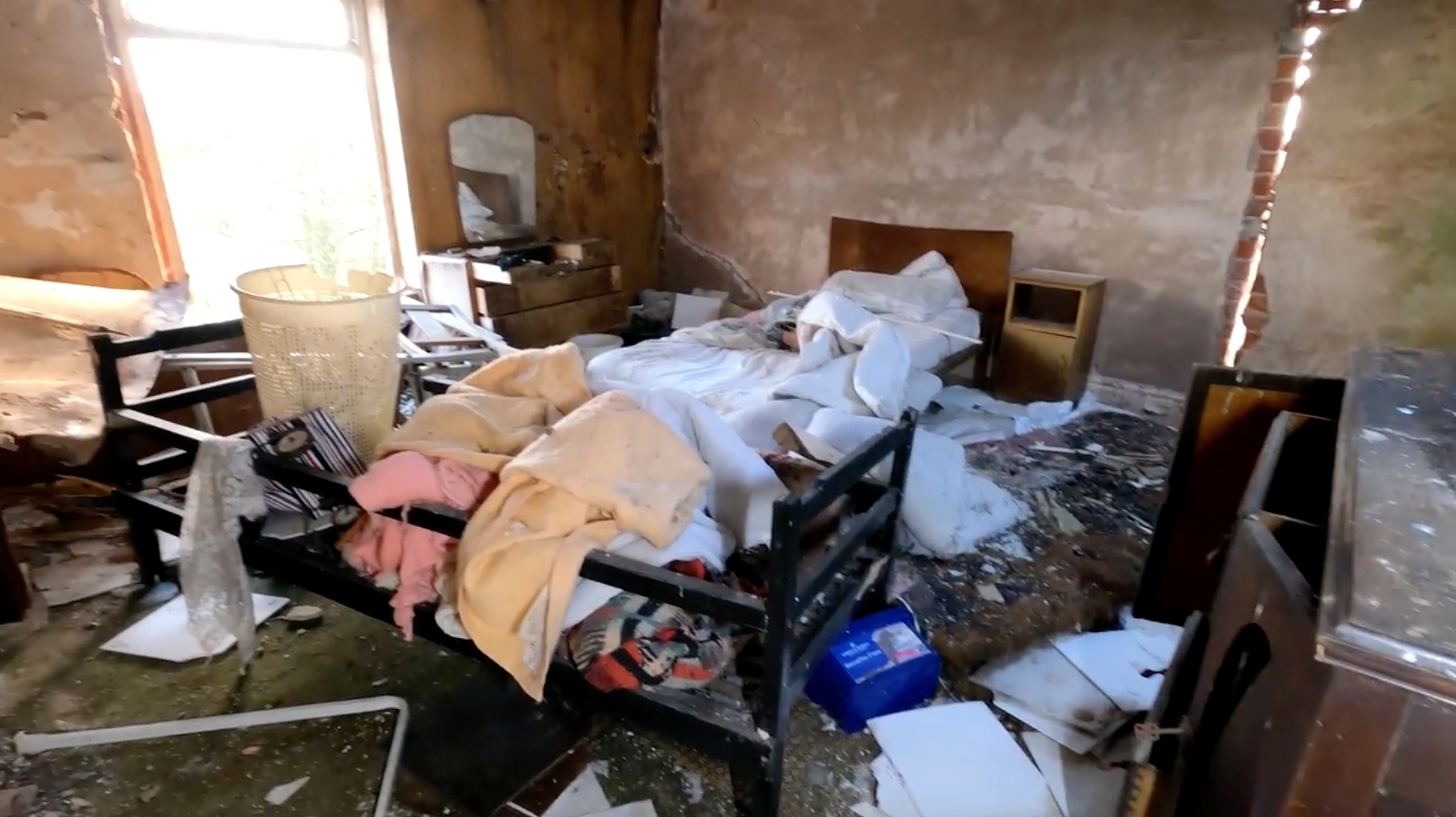 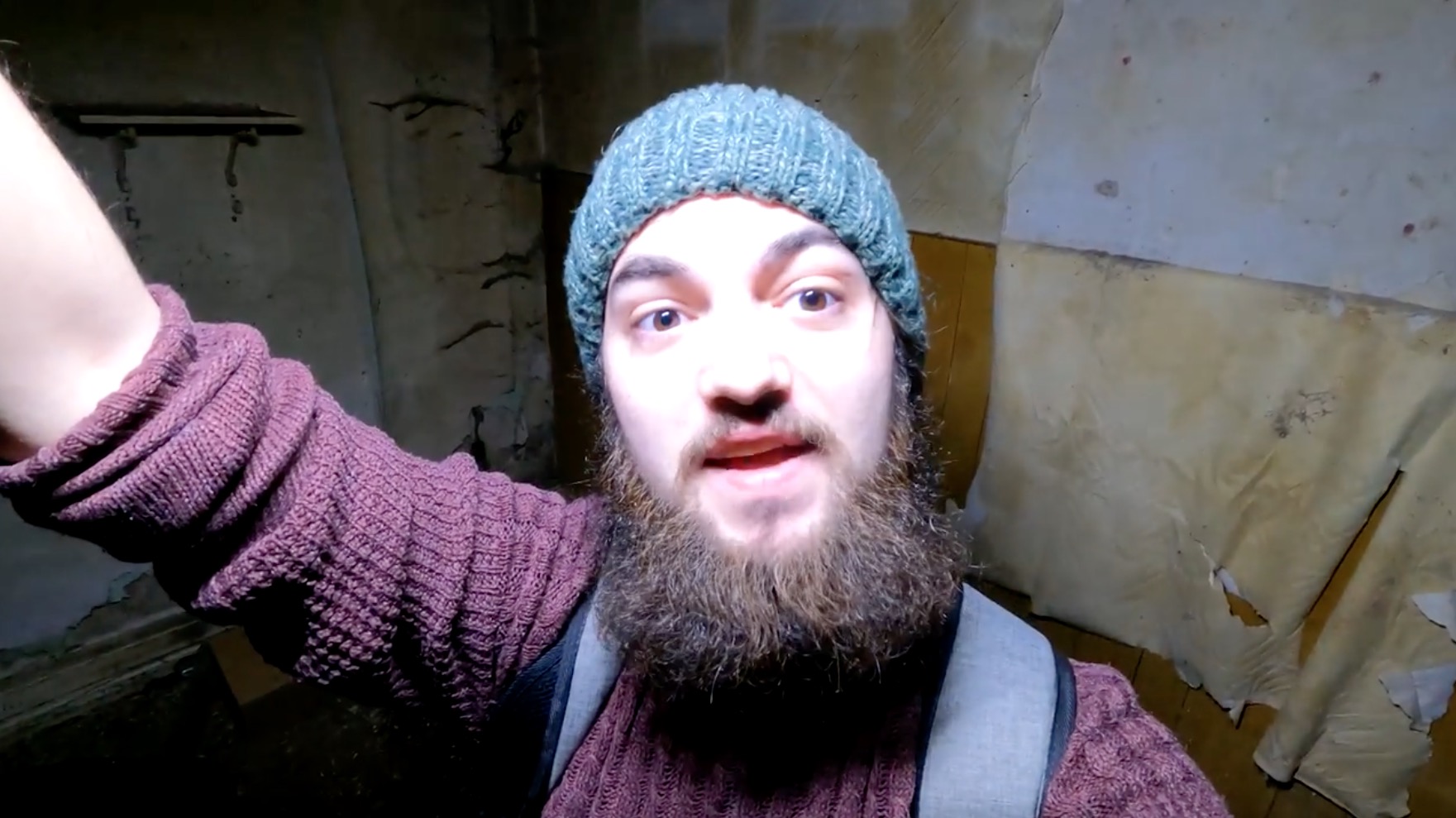 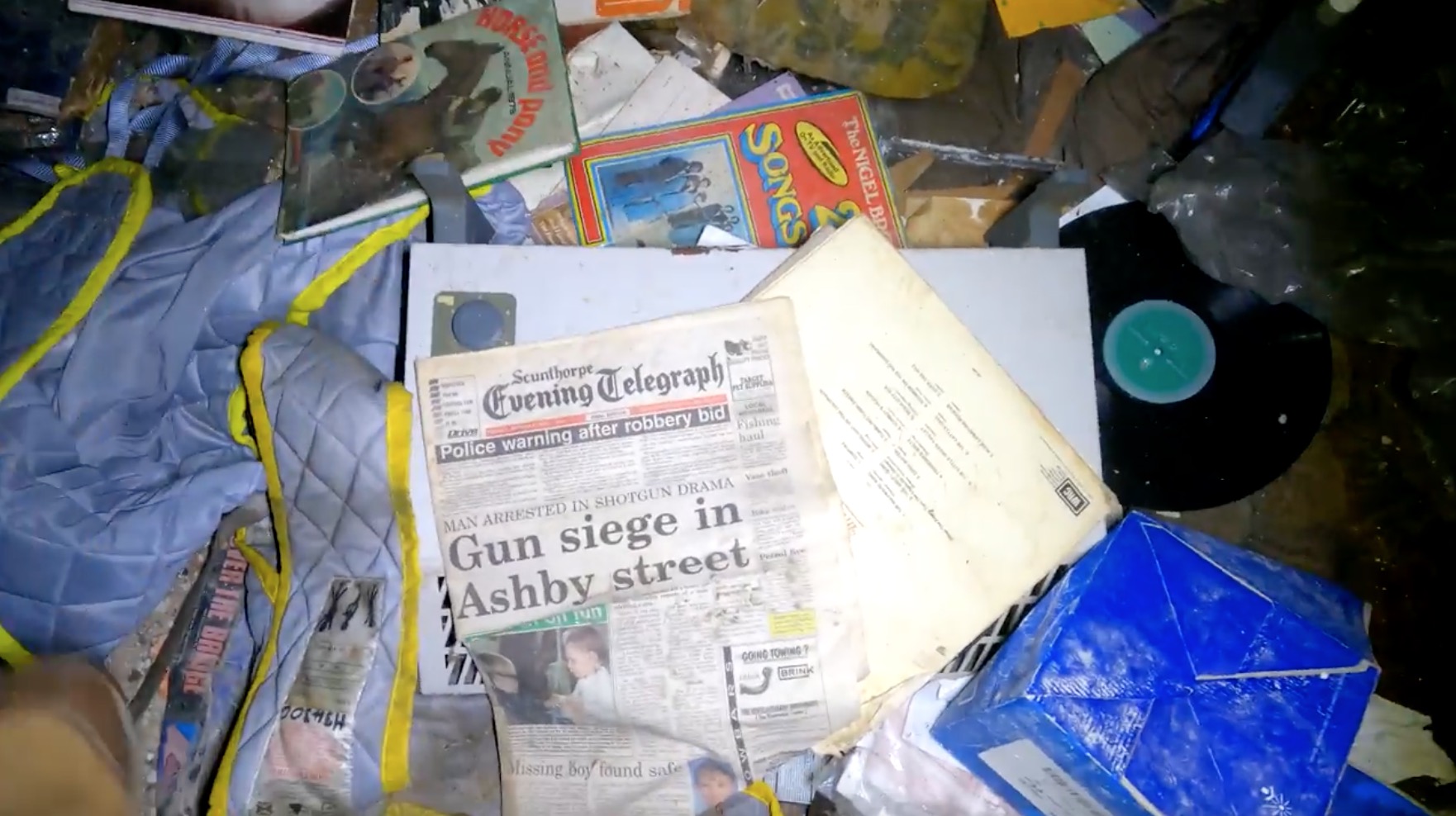 In the video, Daniel looks around the entire property, climbing the stairs in darkness to find derelict rooms littered with rubbish and abandoned soiled furniture.

Last year, urban explorers discovered a mansion left to rot on the outskirts of London.

The huge home appeared to have been left in a hurry, with the previous owners leaving a watch stuck in time on the bedside table.

Designer clothes bearing the labels Yves St Laurent, Gucci and Louis Vuitton had been left stacked up on rails in a bedroom.

A dishwasher stacked with empty plates was still waiting to be unloaded – although the kitchen ceiling had since caved in.

And bizarrely, a game of chess was found half-finished on the dining room table.

Meanwhile, Lennox Castle in Scotland has been abandoned for many years. The property, built in 1812, was converted into an asylum in the 1930s.

But reports of squalid conditions and cruel treatment of patients began to leak out as the institution, built for 120, became grossly overcrowded and conditions were described as “wretched and dehumanising”.

By the 1980s Dr Alasdair Sim, the hospital’s medical director at the time, said he had never worked in a “worse pit”, adding that he was “sick to the stomach about the plight of these poor people”.

There are plans to knock the building down and turn it into flats.