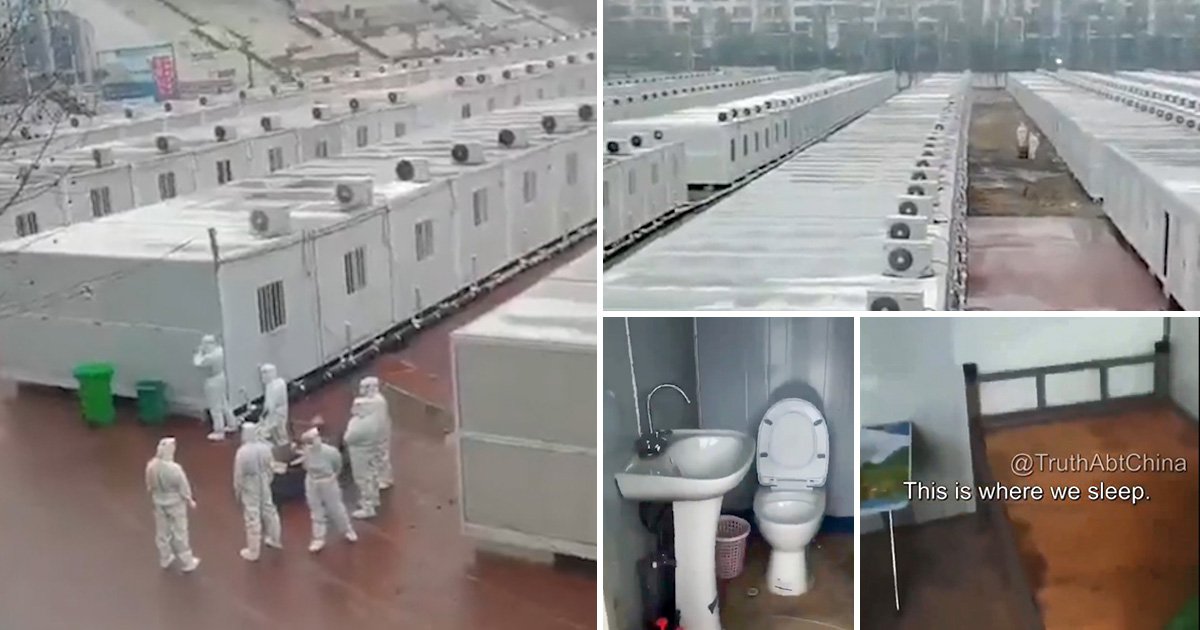 The bleak reality of China’s Covid lockdowns has been revealed as the country continues its attempts to eradicate the virus ahead of the winter Olympics.

Pictures have emerged of the basic conditions hundreds are living in while being forced to stay in cell-like rooms at ‘quarantine camps’.

Three major cities have gone into strict lockdowns in recent weeks after cases of the Omicron variant were confirmed.

Millions of people are being subjected to multiple rounds of mass testing while transport systems have ground to a halt and stay-at-home orders are in place.

Camps for people self-isolating either because they are suspected of being infected or have recently travelled abroad have been built in China since the start of the pandemic.

Video being shared on Chinese social media purports to show the camps set up in the locked down cities of Xi’an, Anyang and Yuzhou, which have been affected by outbreaks.

It features row upon row of small metal boxes, equipped only with a toilet, desk and bed where people have to live 24/7 for up to two weeks.

The footage shows workers in hazmat suits attending to those staying at the camp, including two staff members leaving trays of food at the barred windows of each pod.

Several reports have quoted people who say they have been transferred to one of the camps on a bus in the middle of the night.

Pregnant women, children and the elderly are believed to be among those sent to the camps, with family members sometimes being separated.

Those posting pictures of the facilities say they are too cold and they have not been given enough food.

Elsewhere, there have also been reports of people being beaten by pandemic workers for leaving their homes to buy supplies.

Footage of a man being attacked because he was outside in Xi’an to buy steamed buns went viral, prompting authorities in the city to punish those involved.

Last week, rules in Xi’an were tightened further so that people are only allowed to leave their homes to get a Covid test.

The Government has been supplying households with food but many say supplies are running low.

Before the rules began, crowds rushed to supermarkets and fought over supplies in chaotic scenes.

It is not yet known when the lockdowns will end but restrictions of some kind are likely to last up to the Olympics start date of February 4.

In total, China announced 166 new cases of Covid in the 24 hours before Wednesday.

Other cities including Tianjin and Zhengzhou have stopped short of implementing full lockdowns but are enacting measures including mass testing and travel bans after cases were detected.

In the capital Beijing, where the games will take place, a ‘closed loop’ has been sealed off for thousands of athletes and Games staff.

They will not have any direct physical access to the outside world for weeks while competing.

Anyone entering the bubble must be fully vaccinated or face a 21-day quarantine when they arrive. Everyone inside will be tested daily and must wear face masks at all times.

The city has barred entry to people travelling from places that have recorded Covid cases in the last two weeks and requires all arrivals to show a negative test from the past 48 hours.