A 66-year-old man has become the second UK prisoner to die of coronavirus after the infection killed a paedophile, 84, on Sunday.

The inmate at HMP Manchester, who had an underlying health condition, died in hospital today, according to reports.

Edwin Hillier, 84, who was jailed for sex attacks on young girls in the 1970s, was the first UK prisoner to die of coronavirus when he passed away in hospital on Sunday. 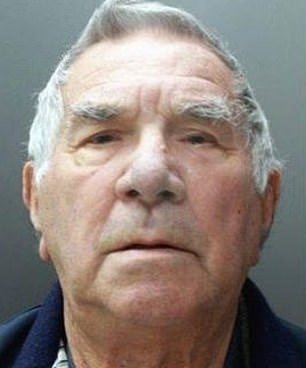 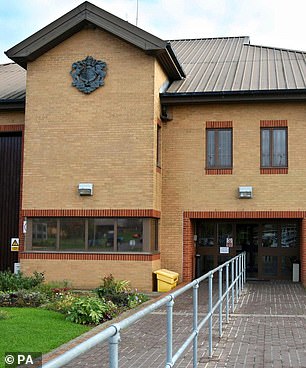 Edwin Hillier (left), 84, from Hertfordshire, was one of the country’s oldest inmates at HMP Prison Littlehey (right) in Cambridgeshire. A spokesman confirmed Hillier died on Sunday

The convict was rushed to hospital with suspected sepsis last Friday but post-mortem results showed he had also contracted coronavirus, which likely caused his death, according to reports.

A source told The Sun last night: ‘The real concern is how he picked it up, who else he’s come into contact with and how he died.’

A Prison Service spokesman said: ‘A 84-year-old prisoner at HMP Littlehey died in hospital on March 22.

‘Our thoughts are with his family at this time. As with all deaths in custody, there will be an independent investigation by the Prisons and Probation Ombudsman.’

Hillier, from Hertfordshire, was was serving an 8 and a half year sentence for abusing girls in the 1970s.

He was sentenced in February 2016 at St Albans crown court by Judge Stephen Warner, who told him that he had subjected the victims to ‘repeated and systematic abuse’ for his own ‘sexual gratification.’

Hillier, who had received a suspended jail sentence for a sexual offence against a girl in the 1970s, told one of his victims: ‘Nobody believes a 10 year old when she speaks.’

Prosecutor Beverly Cripps told St Albans Crown Court that the offences were first reported to the police in 2002 by the boyfriend of one of the victims. She did not want to proceed at that time, but she eventually made a statement in 2014.

Edmund Vickers, defending, told the judge: ‘He seeks to apologise to his two victims for his appalling behaviour all those years ago. He was in tears in a very difficult police interview. He has done his best to make amends by pleading guilty at the earliest opportunity.

‘He said he was a fully grown man and he should have known better. He said it was his “filthy brain.”‘

It follows the Ministry of Justice confirming yesterday that 19 inmates across 10 UK prisons have tested positive for coronavirus. 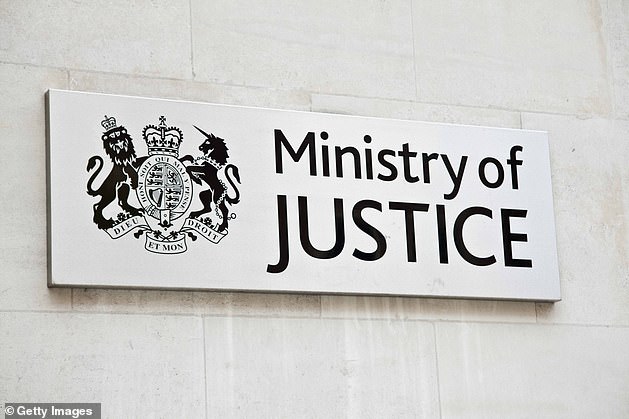 On Tuesday the Ministry of Justice confirmed that visitors would no longer be allowed to enter the establishments in an effort to keep staff, inmates and families safe

Earlier this week it was announced prisons across England and Wales would be shutting down jail visits in an effort to reduce the spread of COVID-19.

A number of prisons have already confirmed cases of the virus as figures soared across the UK and Boris Johnson ordered Britons to stay inside.

But anxiety inside jails over coronavirus continues to grow due to the close proximity of prisoners and fears staff will go off sick with the disease.

On Tuesday the Ministry of Justice confirmed visitors would no longer be allowed to enter the establishments in an effort to keep staff, inmates and families safe and protect the NHS’s ability to cope with the surge in coronavirus cases.

HMP Oakwood , HMP Manchester and HMP High Down have all confirmed cases of coronavirus.

On Monday, police were called to Addiewell Prison in West Lothian, Scotland, after rioting prisoners carrying metal bars were said to have ‘smashed up’ part of the jail and stabbed a prison officer who had been taken hostage.

A Scottish Prison Service spokeswoman said the incident had been dealt with.

She said: ‘An incident took place yesterday in HMP Addiewell where a small number of individuals were involved in a disturbance in one section of the establishment.

‘The incident was brought to a safe conclusion and the prison was secured on Monday night. The individuals involved have been reported to Police Scotland.’