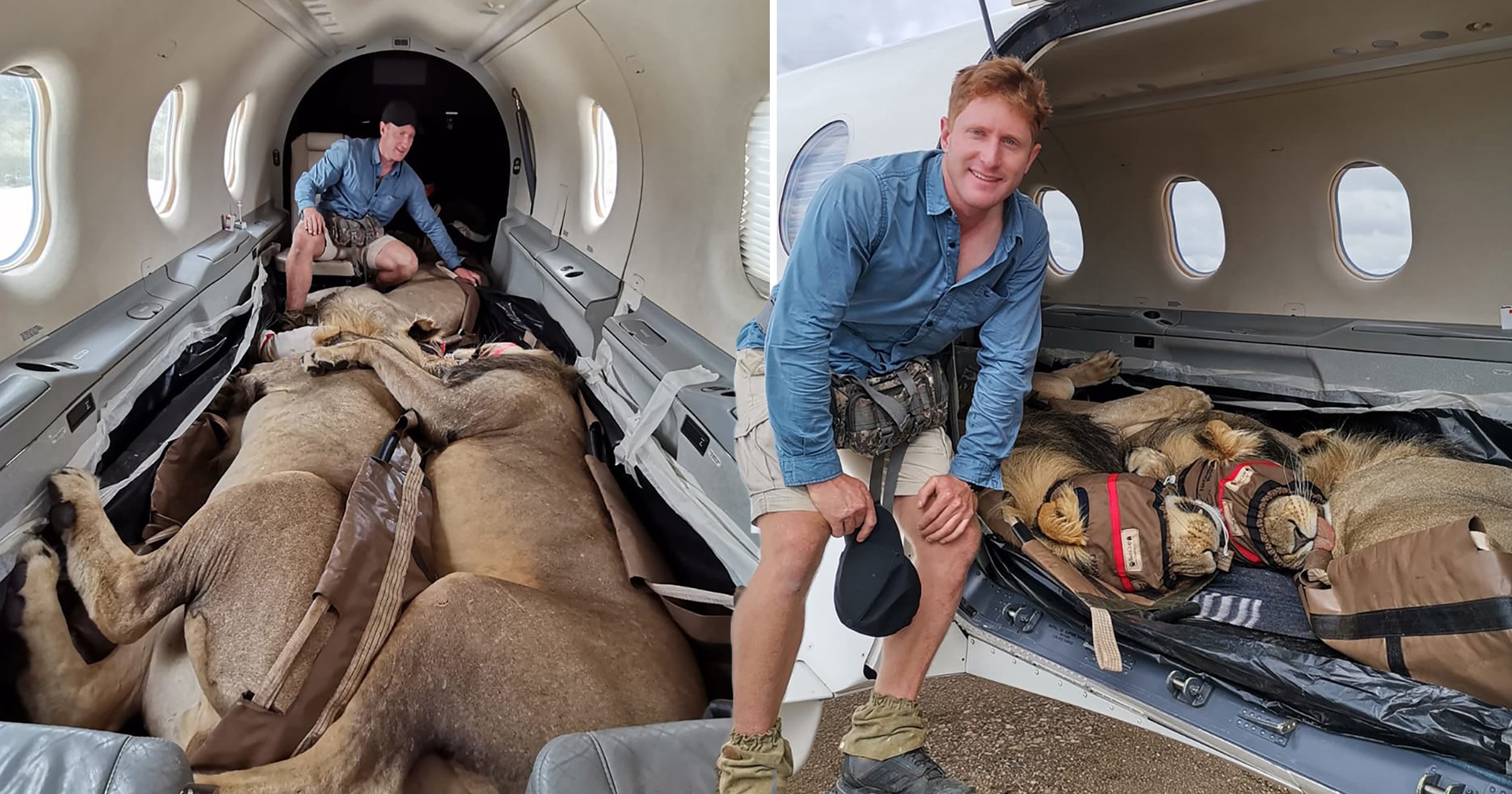 Three huge lions, weighing 30st each, have been flown by private jet across South Africa to help with breeding efforts.

Pictures of the Kalahari lions, the biggest on the continent, cuddling while sprawled out on the floor of the plane have been shared by conservationists.

They travelled from the Khamab Kalahari Reserve, on the border of South Africa and Botswana, to the Mabula Game Reserve north of Pretoria.

The lions were moved by non-profit group The Bateleurs, which has 200 volunteer pilots who provide support to conservation and environmental groups.

They needed to be moved to a new part of the country to reduce inbreeding among the species. The Bateleurs said the move will increase ‘genetic diversity and reduce population subdivision.’

The beasts were tranquilised and strapped into the private jet for the trip.

A statement said: ‘Kalahari lions are renowned for being the largest of Africa’s lions.

‘These three prime specimens with their highly sought-after genes, weighed in at approximately 200kg each, a heavy load handled superbly.

‘Thank you to pilot Menno Parsons who flew the three lions from Khamab Kalahari Reserve to Mabula Game Reserve.

‘Dr Andy Fraser was responsible for the darting and the monitoring of the lions.

Lions are currently listed as ‘vulnerable’ on the International Union for the Conservation of Nature Red List of Threatened Species.

In some parts of Africa, they are classified as ‘critically endangered’ because lion populations are still plummeting at an unprecedented rate.

The lion population in Africa has decreased by 90% per cent in the last century – however conservation efforts are helping protect the magnificent creatures.