AFTER three rounds of stimulus checks, some Americans who make up to $111k have earned almost the same amount as those who make under $21k.

According to new data from the Institute on Tax and Economic Policy, most Americans received around $3,000 from the Covid economic relief checks. 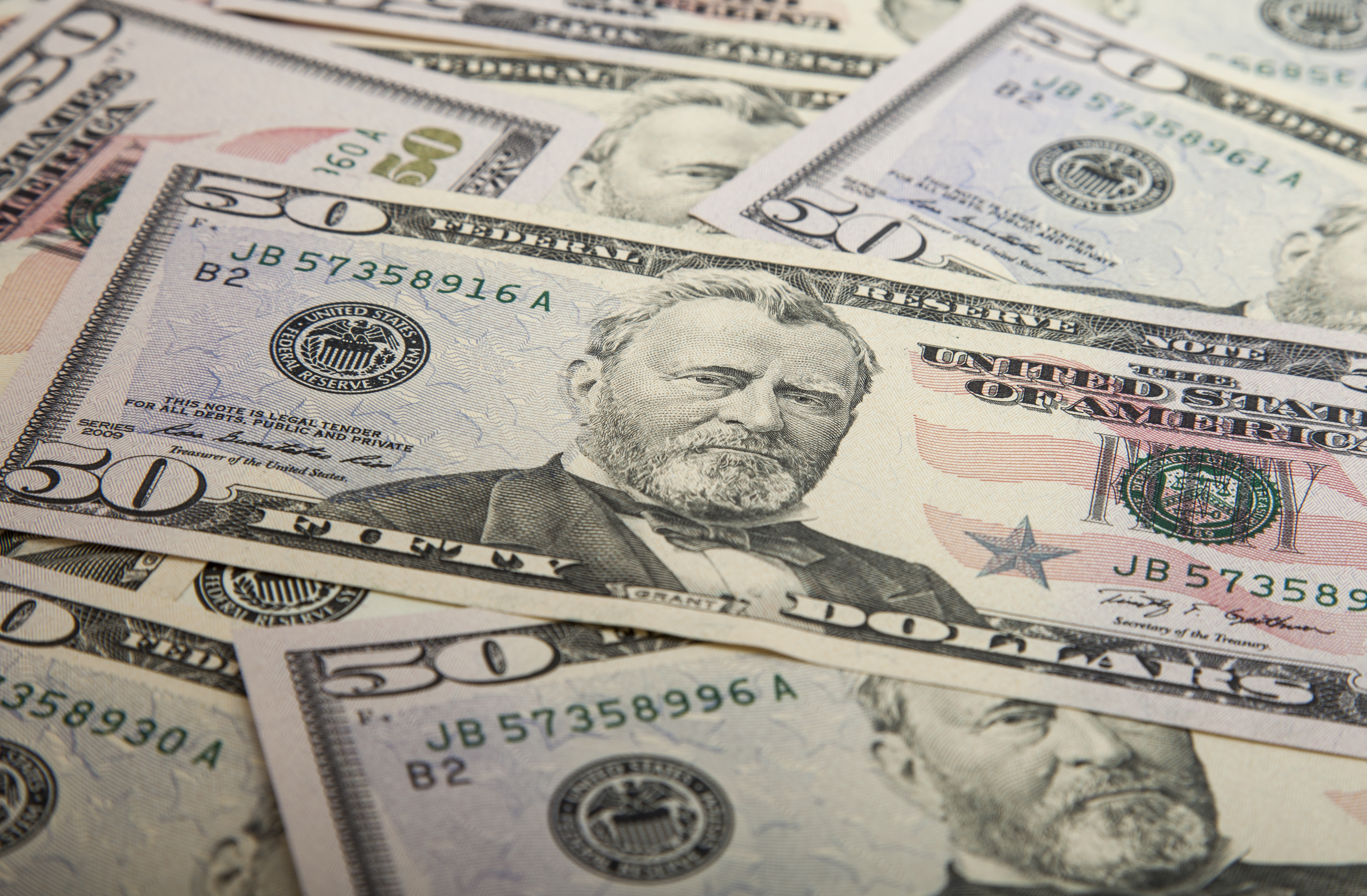 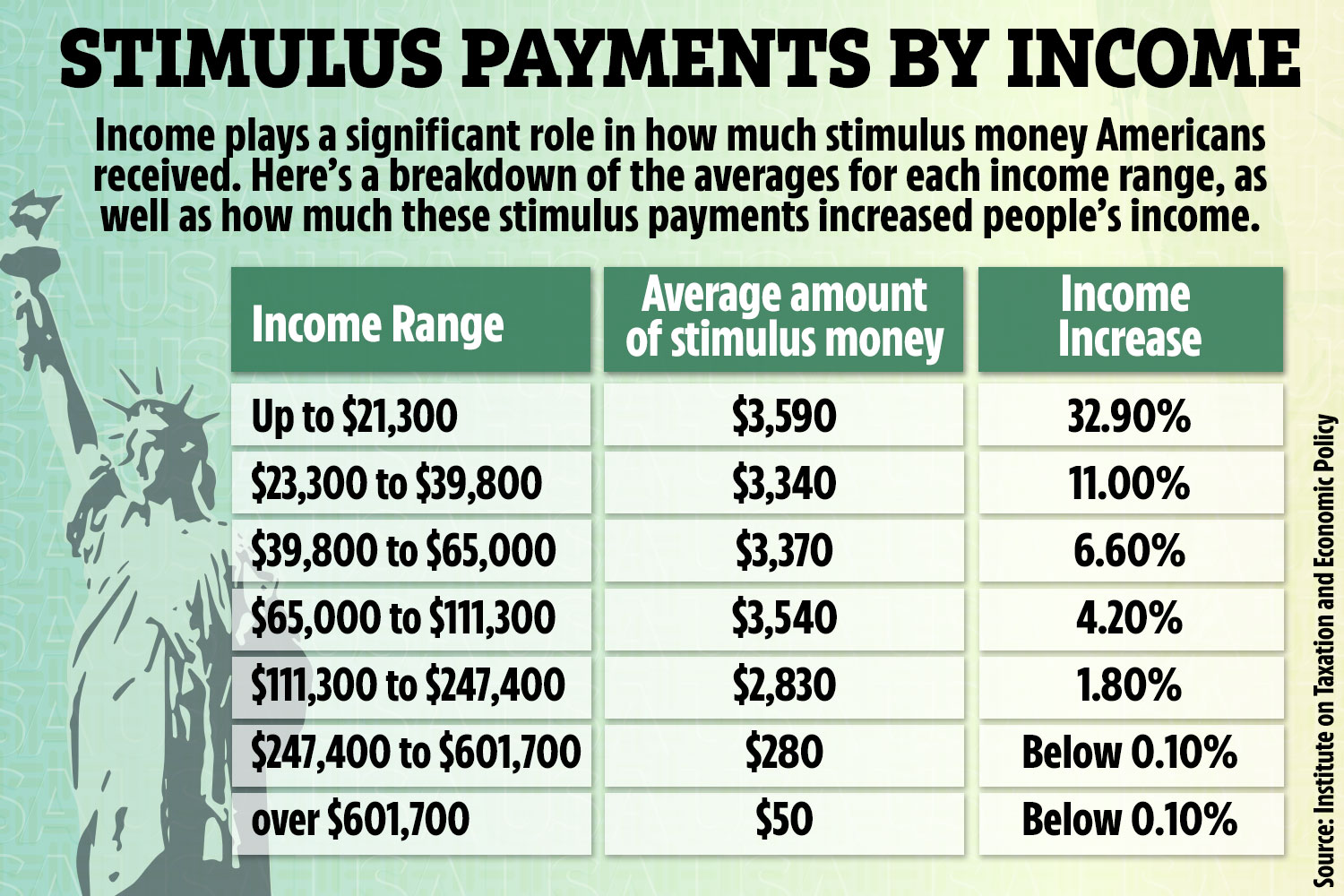 How much each person received was dependant on how they filed their taxes.

Each stimulus check came with income limits which disqualified high earners from collecting the cash.

For the third round of checks, which was for $1,400, Joe Biden's administration lowered the cap.

Presumably, a high-earning head of household could have taken in just as much in stimulus money as a person on the lower end of the income spectrum.

Still, according to the Institute on Tax and Economic Policy's data, low-income Americans benefitted the most from the stimulus programs.

The average amount of stimulus cash for Americans with incomes in the bottom 60 percent was $3,450.

That number includes all Americans who make less than $65,000 per year.

CALLS FOR A FOURTH STIMULUS CHECK

As Covid-19 cases continue to surge in the US thanks to the Delta variant, there have been renewed calls for a fourth stimulus check.

However, another round of checks appears to be unlikely at this time.

The Biden administration seems to be prioritizing the child tax credit rollout expansion.

Unemployment rates also fell from 5.9 percent to 5.4 percent as more than 900,000 jobs were added to the labor market in July, according to Yahoo Finance.

This means that the economy could expand by as much as 6.5 percent this year – which would be the best performance since 1984.

Politicians are on their summer recess until mid-September, which also reduces the odds of a further stimulus check before the fall. 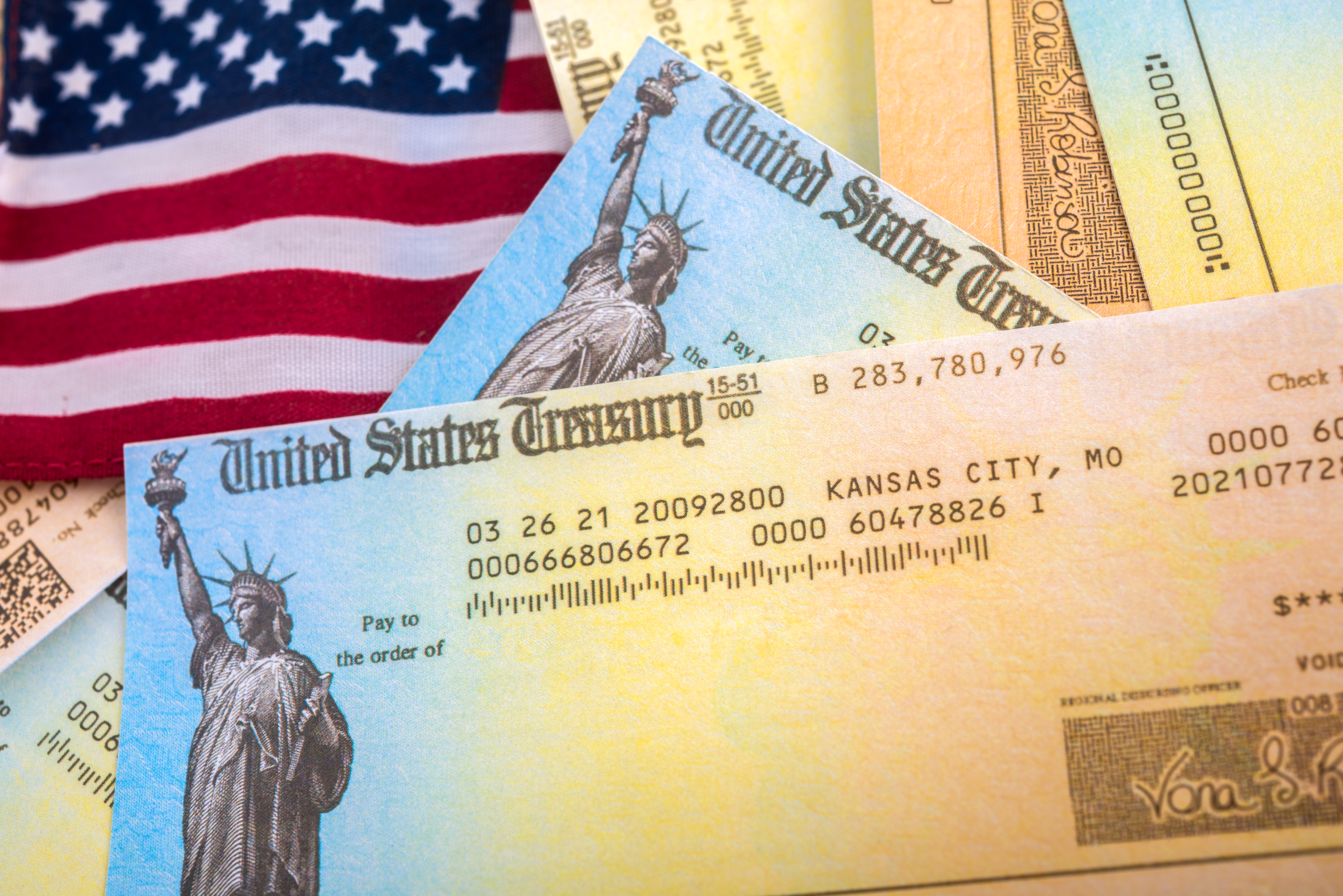