Government’s ‘pitiful’ £1.4 billion fund for school Covid catch-up in autumn will be ‘too late’ to help pupils, Institute for Fiscal Studies warns

Any measures to help pupils catch up on lost learning could arrive ‘too late’ if the Government delays announcing new funding until autumn, the Institute for Fiscal Studies (IFS) has warned.

The London-based research institute slammed the current proposals and warned any delay would be to the detriment to pupils across the country.

Further analysis by the group recommends a £15billion education recovery package over three years that could help mitigate the future lost earnings of schoolchildren.

It came after the education catch-up tsar quit with a stinging condemnation of the Government’s £1.4 billion recovery fund for children who have been affected by school closures due to the pandemic.

Sir Kevan Collins resigned on Wednesday as education recovery commissioner as he warned the support package ‘falls far short of what is needed’ to meet the scale of the challenge.

IFS researchers warned: ‘If new spending is only announced in the autumn, the actual measures could be delayed well into 2022 – potentially too late to effectively make up for lost learning.’

‘If these losses are not properly addressed, then the long-run costs could easily run into the hundreds of billions as a result of lost skills and productivity,’ the observation adds. 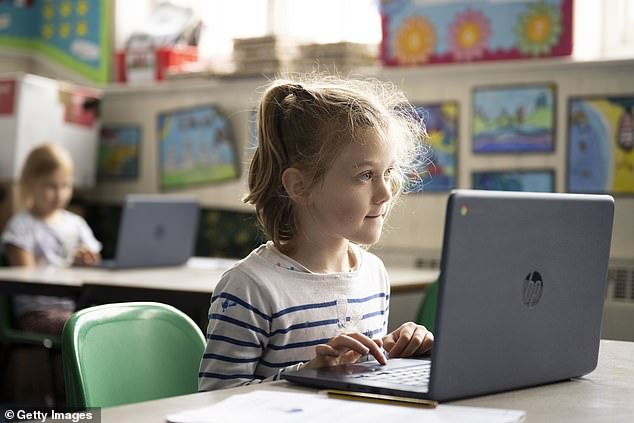 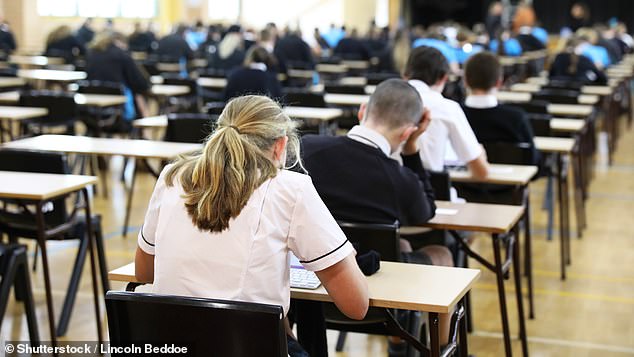 London-based research group warned if losses are not properly addressed, long-term costs could run into the ‘hundreds of billions as a result of lost skills and productivity’ 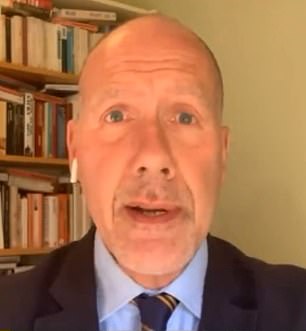 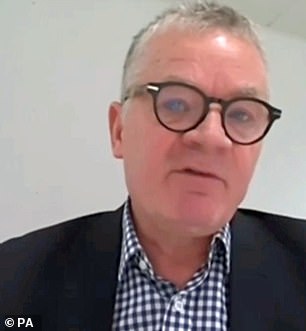 Sir Kevan Collins (right) resigned from his position as he hit back at the Government’s £1.4 billion recovery fund, while Geoff Barton (left), general secretary of the Association of School and College Leaders described the proposals as ‘pitiful’

In his resignation letter, Sir Kevan Collins blasted the proposed catch-up plan for schoolchildren as being ‘too narrow, too small and will be delivered too slowly’.

‘A half-hearted approach risks failing hundreds of thousands of pupils,’ he said.

‘The support announced by Government so far does not come close to meeting the scale of the challenge and is why I have no option but to resign from my post.’

The funding announcement sparked a furious backlash from across the political spectrum.

Labour said Sir Kevan’s resignation was a ‘damning indictment’ of the Government’s plan while Robert Halfon, Tory chair of the education select committee, said it was a ‘blow’ to lose someone of Sir Kevan’s stature.

Geoff Barton, general secretary of the Association of School and College Leaders (ASCL), told Sky News: ‘It’s pretty dispiriting, here I am as somebody who is leading a trade union, and for all my colleagues it feels this morning as if we have got higher ambitions for the nation’s children and young people than the Education Secretary.

‘It’s pretty pitiful, only yesterday we were hearing stories about extending the school day and even if some people disagreed with it, at least there was a sense of ‘let’s do something radical, let’s do something different’. 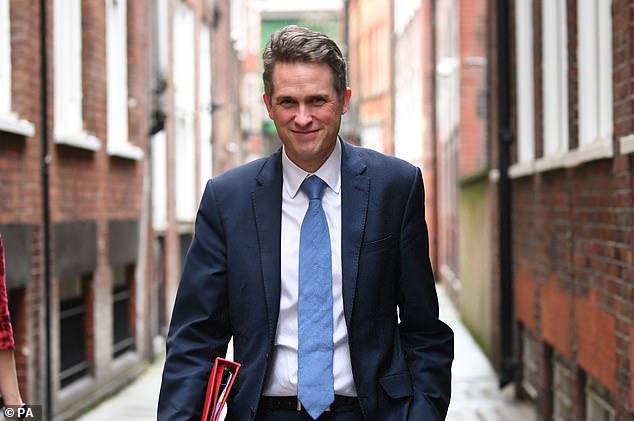 Education Secretary Gavin Williamson (above) initially announced that only an initial £1.4billion would be pumped into the catch-up system 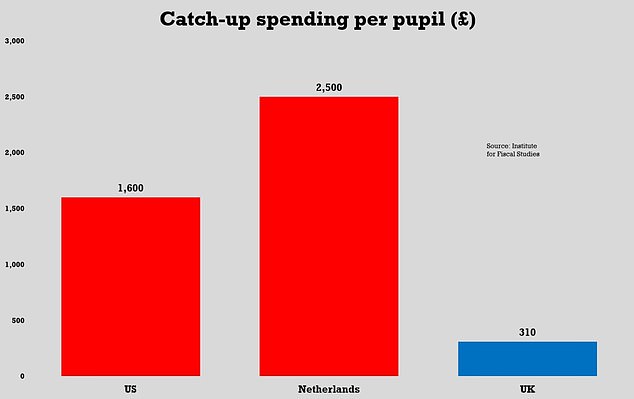 It has been previously reported that Sir Kevan had called for £15 billion of funding and 100 extra hours of teaching per pupil as part of his recommendations for addressing lost learning.

Sir Kevan also recommended that schools and colleges should be funded for a flexible extension to school time, the equivalent to 30 minutes extra every day.

The Prime Minister was forced to pledge that more money would be ‘coming through’ as he tried to fend off anger at the ‘pitiful’ funding.

The Department for Education (DfE) has committed to a review of time spent in school, with findings due later in the year to inform the spending review.

Boris Johnson faced pressure to pump more money into the schools Covid catch-up today as experts said other countries were being ‘much more ambitious’ than the UK.

Luke Sibieta, a research fellow at the Institute for Fiscal Studies, said the government’s total package so far was worth around £3.1 billion.

The education researcher said there was ‘value’ in staggering funding for schools and that the prospect of clawing back lost learning in the space of two years was ‘a bit fanciful’.

But he said education recovery commissioner Sir Kevan’s idea of longer school days had been ‘pushed into the long grass’ as the Government had failed to pilot the idea.

Comparing the UK Government’s outlay on school catch-up programmes internationally, he added: ‘The Biden administration in the US has proposed about £122 billion – about £1,600 per pupil, over five times more than we’re spending in the UK.’

On the additional £1.4 billion of funding for pupils in England – which is on top of the £1.7 billion already pledged for catch-up – the IFS researchers highlighted that the recovery package is smaller than other countries.

The IFS report says: ‘The fund equates to just over £300 per child in nurseries, schools and colleges, spread over three years (so about £100 per pupil per year, or 1.7% of annual school spending per pupil).

‘These figures are well below the £15 billion reportedly recommended by the education recovery commissioner, and much smaller than those being implemented in some other countries (about £1,600 per pupil in the US, and £2,500 per pupil in the Netherlands).’

It added: ‘£15 billion sounds like a lot of money to spend on education recovery. But spread over three years, it would have averaged about £5 billion per year, or just over 10% of annual spending on schools pre-Covid.

‘If it genuinely helped to mitigate the future lost earnings of today’s schoolchildren (which could easily run into the hundreds of billions over the coming decades), it could also prove to be a terrific investment.’

Earlier this year an IFS report estimated the cost of lost schooling to a generation of children at a shocking £350billion, with the impact of Covid-19 potentially lasting a lifetime for pupils.

On Wednesday Education Secretary Gavin Williamson sidestepped questions about reports of a row with the Treasury over the funding, but he did admit ‘there will be more that is required’.

Ben Zaranko, a research economist at the IFS, said: ‘A one-off injection of education spending could prove to be a fantastic investment if it helps to mitigate losses from disrupted learning in the pandemic.

‘From the Treasury’s perspective, the question is whether this programme would truly help to mitigate those losses, and whether it would truly be a one-off.

‘There are some good arguments for delaying decisions until the autumn spending review, but the risk is then that any measures would arrive too late to help the pupils most in need of support.’