A SCOTS lad has begged Nicola Sturgeon to lock down hairdressers again after his first cut in four months turned into a nightmare.

Thomas Haggarty waited patiently as his local barbers was closed in line with government restrictions due to the coronavirus pandemic. 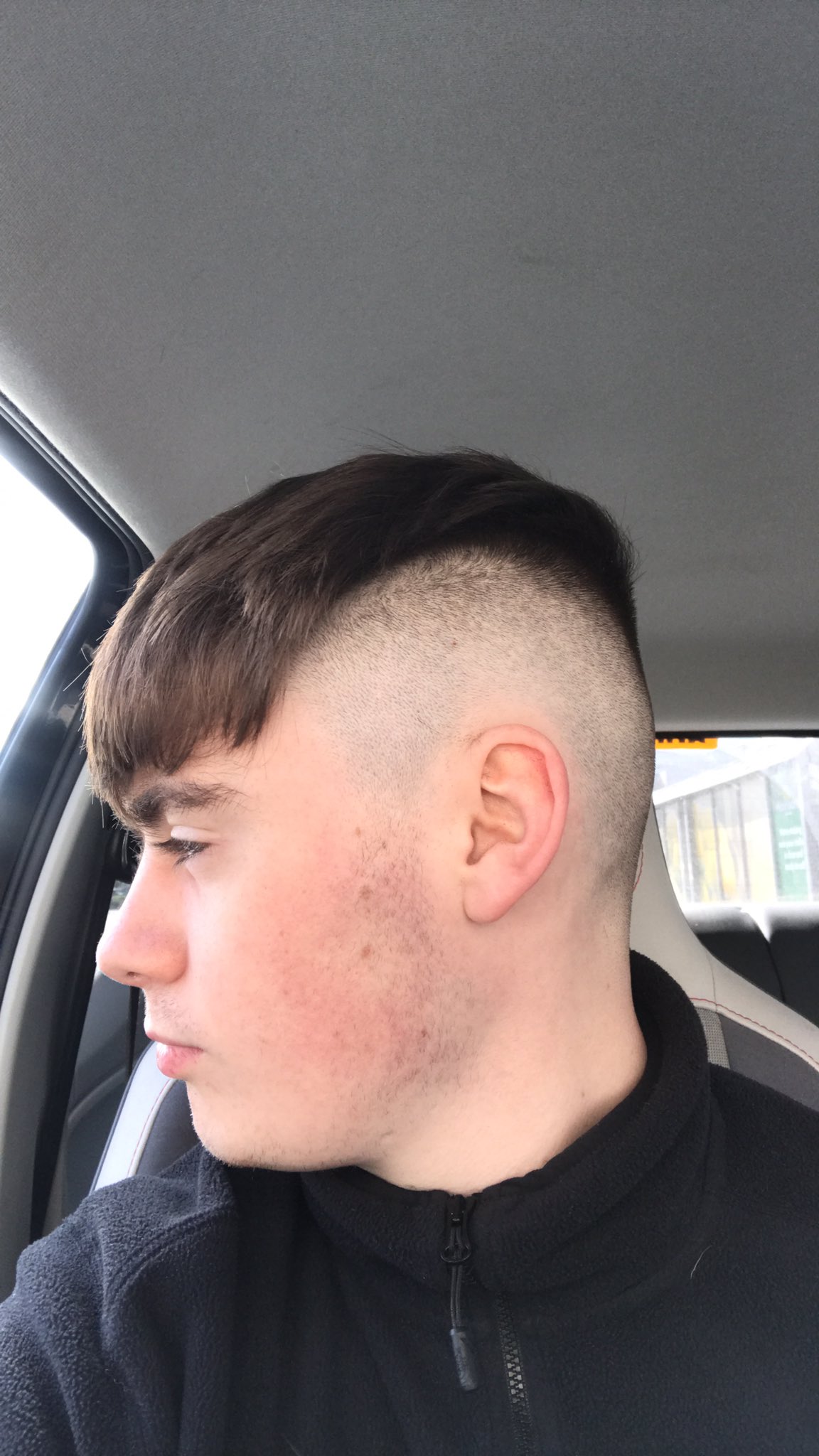 So, like the rest of the country, he was buzzing to finally be able to get a chop and get his barnet sorted out as crimpers around the country finally got the go ahead from today.

But after the barber completely shaved off one side of his hair, leaving the rest fairly long in comparison, it wasn't long before he was wishing the reopening hadn't happened.

And he took to Twitter to plead with the First Minister to do him a favour, and save the rest of the country from a similar butchering, by shuting down the industry once more.

He wrote: "Four months av been waiting for a haircut.

"Only to be hit with [email protected] do us all a favour and close them again love."

The photo, taken from the passenger seat of a car, shows Thomas with his head tilted to the side as he looks out the window.

This shows the camera the massive shaved patch, which takes up the entire left side of his head, all the way from front to back.

Social media users found it hilarious and weren't shy in revelling in his misery, with the tweet racking up over 33,000 likes.

One said: "I feel so bad for laughing, but I'm creased at your Tweet."

Another asked "What did you do to deserve that mate?"

Another added: "You know what you made huge mistake you gotta go week after opening when the barbers are used to it again. This is normal."

And many said it was proof that no matter what you're left with on top, when you're barber asks if you're happy you will ALWAYS say yes.

One said: "Proof if ever it was needed that no matter how bad your barnet is, when the barber holds up the mirror at the end to show you we never say anything but 'yes , great thanks'."

Another wrote: "The dummy nod when the mirrors getting waved at the back. Bealing inside."

Hairdressers and salons opened back up again after four months of being locked down with the First Minister's own Covid rules preventing them from opening.

Meanwhile, Nicola Sturgeon hailed today as a "happy day" as she FINALLY got her hair cut by a pro after months of lockdown.

It comes after she faced claims that she was having sneaky trims done against her own rules, but she always insisted she was doing it herself.