A LITTLE girl was left dangling 50ft in the air being hoisted up on a powerline by oblivious workmen.

Video shows the girl screaming for help as she hangs on for dear life during the ordeal in Curug, Indonesia. 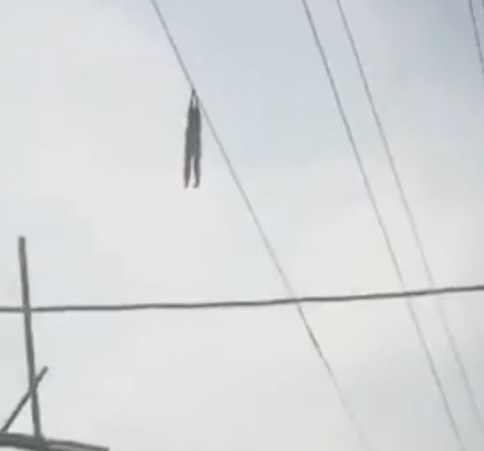 The child, 9, was playing near the powerlines while they were still being installed, reports the Jakarta Post.

She grabbed hold of one of the cables while it was still hanging low when the workmen raised it into the air – leaving her hanging on.

Desperately clinging for her life, she was raised higher and she was too scared to let go.

Quick-thinking locals noticed and rushed to help, getting a mattress and placing it beneath the girl to catch her as she fell.

Miraculously, she survived the eventual fall with only minor injuries and was taken to hospital.

The 66 second long video has horrified onlookers desperately trying to work out how to save the child.

In the clip, she screams: "Help, I can't hold anymore.

The video has been viewed more than 1.4million times since it was uploaded on Friday, April 17. 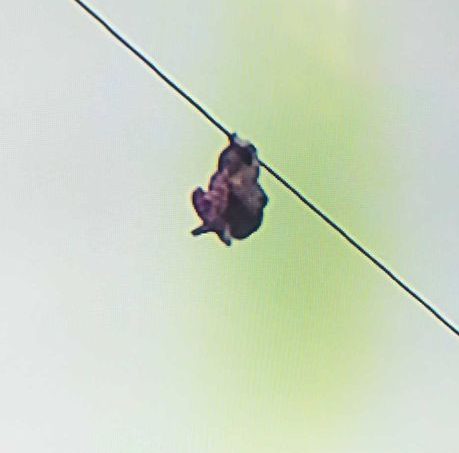 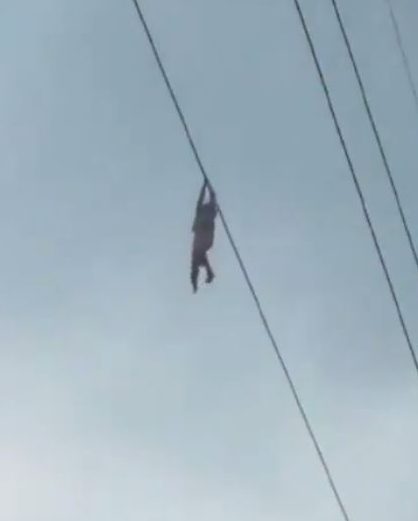 A tweet featuring the video was retweeted almost 17,000 times and liked nearly 37,000 times.

Some social media users questioned whether the clip was real, but local authorities have confirmed the incident took place last Thursday.

A spokesman for the Tangerang Disaster Mitigation Agency (BPBD) said the girl had been playing with friends when the incident occurred.

He said: "She did not know that the cables were being installed. She hang on to the cable when it was still low."

The authorities confirmed she had suffered only minor injuries following the terrifying fall.

Rizki Aftarianto, of the Tangerang branch of state-owned electricity firm PLN, apologised for the incident.

He said workmen will increase supervision around their sites to stop such an ordeal happening again.

Mr Aftarianto also urged children not to play in or around worksites.

It comes as tragedy struck in Florida when a boy, 4, who "always wanted to fly" plunged to his death from a 16th floor window last week.