Fraud and blunders in Covid support schemes has cost taxpayers more than £30bn… and more huge losses are to come, MPs warn

Up to £27billion in ‘bounce-back loans’ may never be repaid because businesses went bust or cheated in their applications, a new report claims.

Blunders and over-claiming of Universal Credit payments rose to an all-time high of £5.5billion in the year to March.

The Commons public accounts committee fears further vast sums could also have gone missing over the past year from funds designed to protect businesses and individuals hit by the pandemic.

Councils are responsible for delivering several Covid support schemes, but the committee said there was ‘worrying evidence’ of their inability to investigate potential misuse of cash.

The eye-watering deficit come on top of the £51.8billion in public money that the Government believes is lost to fraud and error annually even before coronavirus struck. 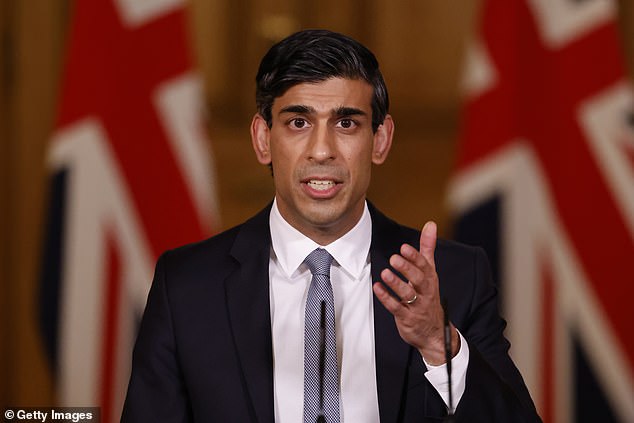 Up to £26.8billion is wasted each year in the tax and benefits system, and a further £25billion is lost in other areas of public spending where exact figures are not measured.

Committee chairman Dame Meg Hillier said last night: ‘The Government knows it is losing over £26billion a year to fraud and error in the tax and benefits systems, but admits to another £25billion it can’t even detect.

‘That’s over £50billion worth of public services a year given to fraudsters and by mistakes in payments – before the frightening losses racking up in our Covid spending so far and against the backdrop of a massive surge in need.

‘Fraud is never acceptable and when so many were suffering as a result of Covid, the Government needs to tackle the fraudsters robustly.

‘The committee has long been concerned about the impact of departments’ own errors – including overpayments which need to be clawed back – which leads to further hardship for the already vulnerable.’

It comes after the Mail revealed how scammers were helping people fraudulently obtain bounce-back loans worth up to £50,000 by providing fake tax returns to hoodwink officials and creating bogus bank accounts for non-existent businesses.

In one incident, a conman took out one of the loans in the name of a luxury car dealership in an attempt to buy a £41,000 Porsche from the same firm.

Critics say one of the key loopholes in bounce-back loans is that the Government promised to underwrite loans from banks – encouraging the lenders to make minimal checks because they wouldn’t lose out if business failed and were unable to repay the cash. 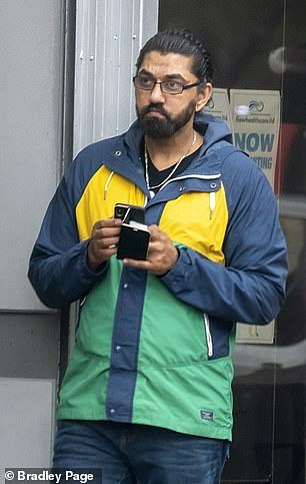 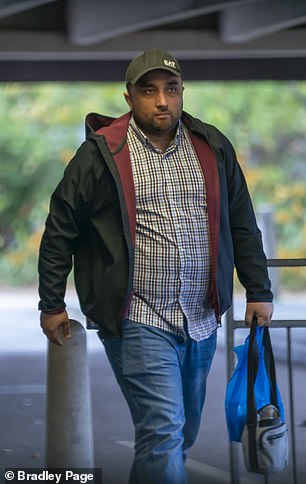 It comes after the Mail revealed how scammers were helping people fraudulently obtain bounce-back loans worth up to £50,000 by providing fake tax returns to hoodwink officials and creating bogus bank accounts for non-existent businesses

Crooks who charged £6k to doctor the paperwork

Illustrating how easy it is to swindle Covid finance schemes, the Mail exposed two fraudsters who offered to arrange fake loans worth tens of thousands of pounds a time – with almost no questions asked.

Reporters posing as businessmen facing financial difficulties were offered fake tax returns so that they could show they had a turnover of £200,000 – meaning they could apply for the maximum £50,000 Government-backed bounce-back loan.

Working from a south London office block, ‘consultants’ Zohaib Butt and Imran Khan demanded £6,000 in cash to submit these false accounts to HM Revenue and Customs to get the loan processed.

The scammers promised to ‘eliminate’ the paperwork as soon as the £50,000 loan was handed over to avoid the client being liable for tax on the figures on the bogus return.

Khan assured the undercover reporter he had done it before and there would be ‘no problem’.

The Government also made it clear that it wanted money paid out quickly to stop businesses going bust.

Now the MPs are calling for the names of businesses that were awarded Covid loans and grants to be published, demanding that the Treasury sets out new transparency guidance for Government support in the next six months.

The committee said this would provide ‘the opportunity for whistleblowers and others to report suspicious claims’.

In a report, it demanded to know how the Treasury would ensure Whitehall took a ‘zero-tolerance’ approach to fraud and error following the pandemic.

It said all departments should report on estimated levels of fraud and error within their Covid schemes, how they are being tackled and what they plan to do to claw back lost taxpayers’ money.

The committee said it was ‘unacceptable’ that it took the Treasury 12 months to approve funding for HM Revenue and Customs’ taxpayer protection taskforce to investigate misuse of Covid assistance schemes, even though it knew there was a heightened risk of fraud.

The Department for Business did not consult Cabinet Office counter-fraud experts when designing the bounce-back loan scheme, and HMRC does not intend to measure fraud in the self-employed income support scheme and Eat Out to Help Out – both set up to mitigate the effects of the pandemic.

The committee said: ‘HM Treasury and Cabinet Office should, within six months, introduce mandatory fraud-impact assessments that require formal sign-off… for all Government “major project portfolio” programmes and for all other schemes that departments identify as having a moderate to high risk of fraud or error.’

Around 16,000 civil servants work for the ‘counter fraud function’ in the public sector to find and fight fraud – mostly in the Department for Work and Pensions and HMRC.

But the Cabinet Office admitted it was ‘not able to give a view’ on whether they were working in the right areas.