FOUR gray whales have "alarmingly" washed up dead in San Francisco Bay in little more than a week – with experts unsure how two of them died.

It has sparked fears that the number of recorded whale deaths is just a drop in the ocean of the true figure, as biologists branded the recent spate turning up dead on Californian shores as "shocking". 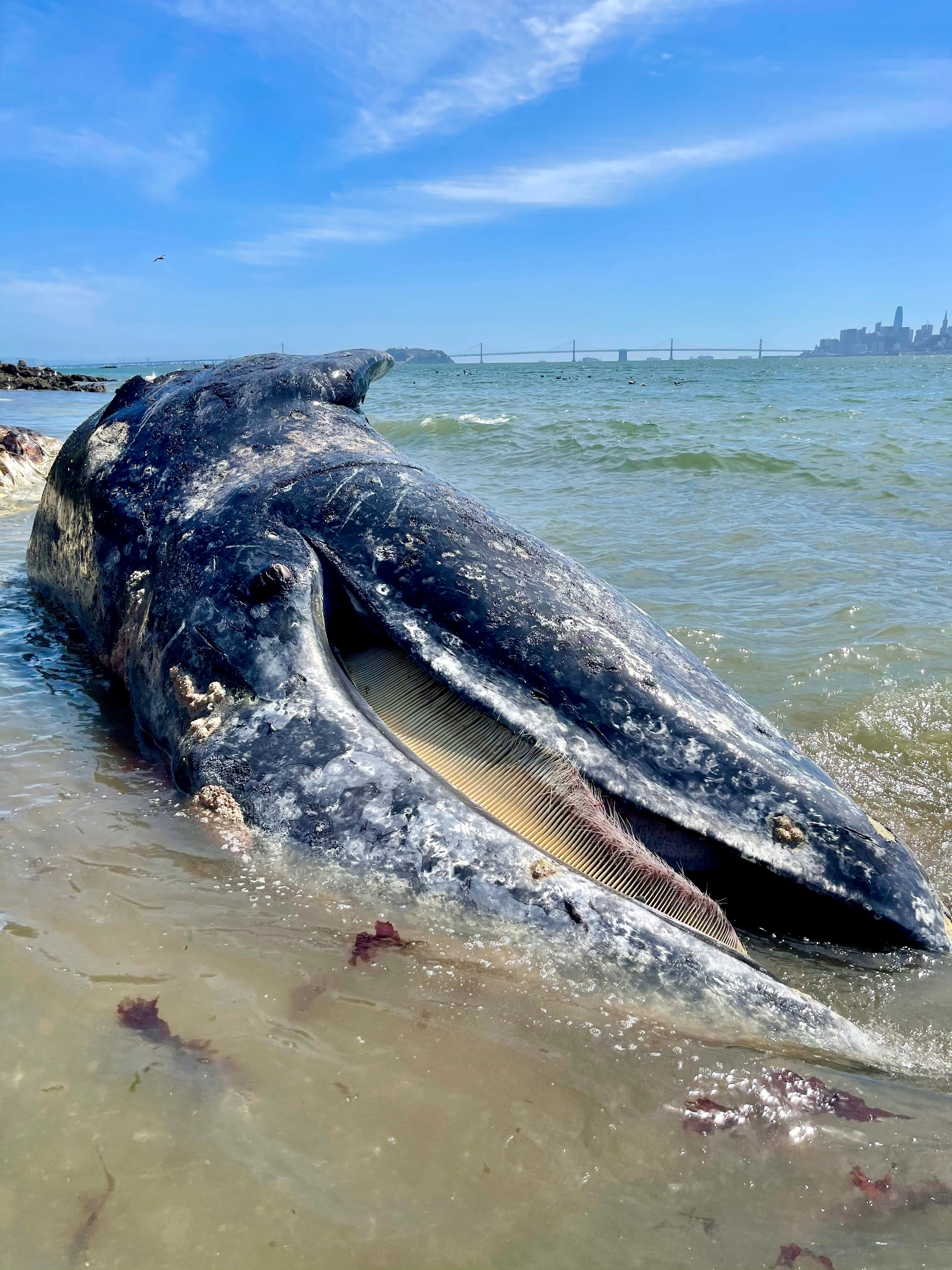 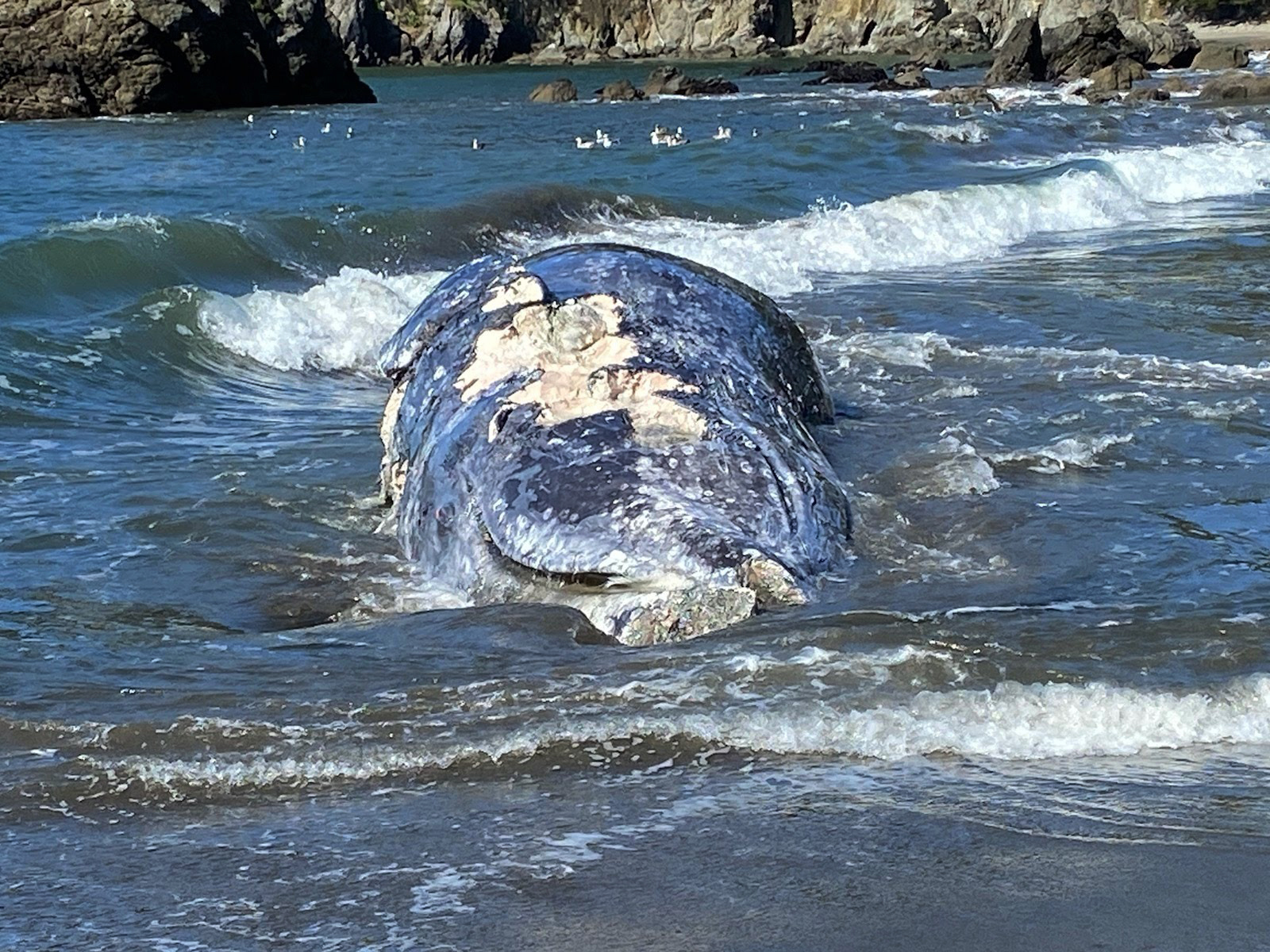 Then, a third was found Wednesday floating near the Berkeley Marina and the following day one washed up in Marin County's Muir Beach.

An investigation into how the other two died is still ongoing.

"It's alarming to respond to four dead gray whales in just over a week because it really puts into perspective the current challenges faced by this species," Padraig Duignan, director of pathology at the center said.

A necropsy of the whale found at Muir Beach revealed significant bruising and hemorrhaging to muscle around the whales jaw and neck vertebrae consistent with blunt force trauma due to ship strike. 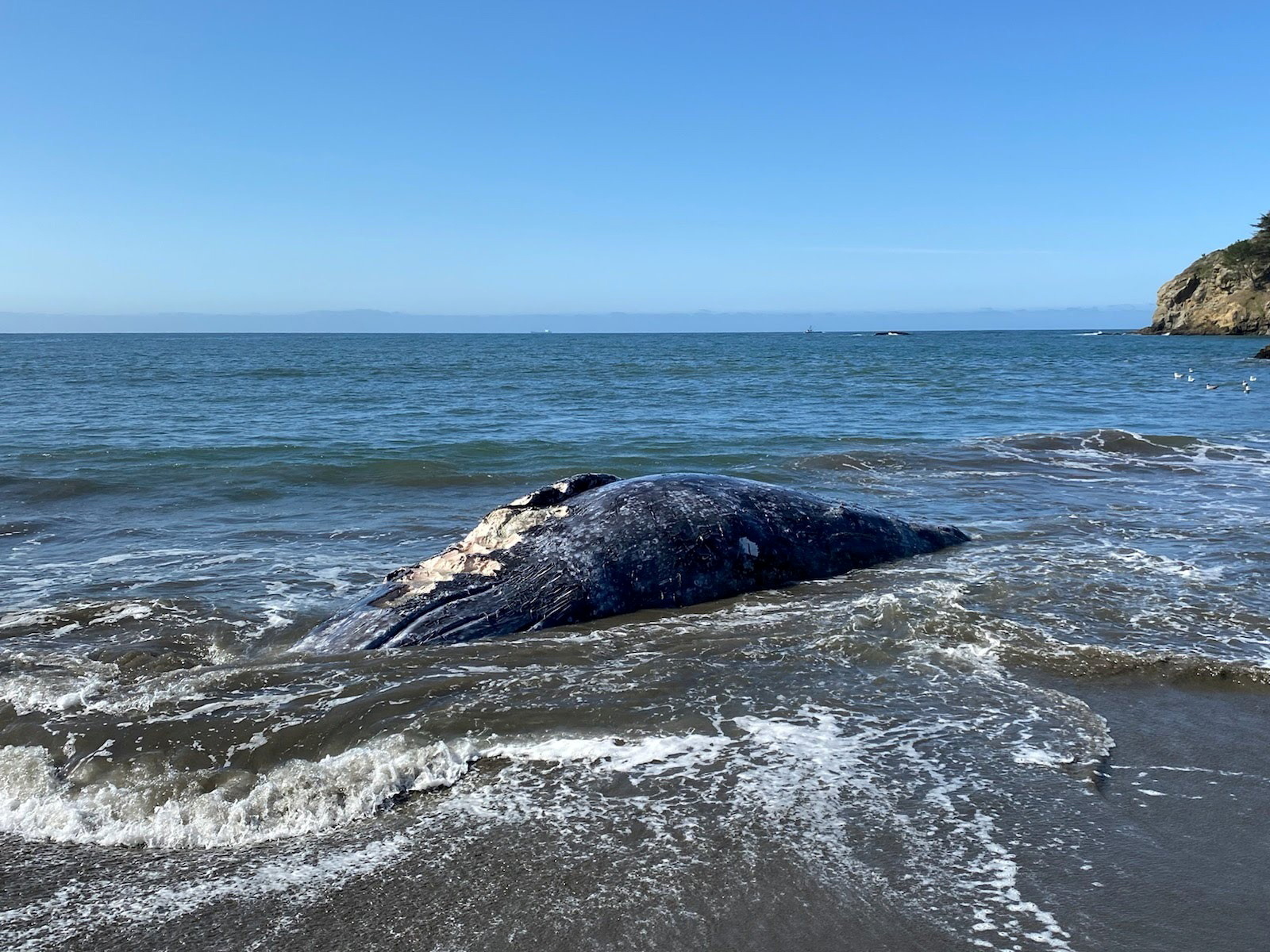 But experts noted the whale was in good body condition based on the blubber layer and internal fat levels, the center said.

Other common causes of gray whale deaths include starvation and complications from becoming entangled in deep sea fishing lines nets and other equipment, the center said.

The center's experts were joined by biologists from the California Academy of Sciences to perform the necropsies, according to Reuters.

Climate change can affect water temperatures which impacts the availability of food for the whales, which can grow to nearly 50 feet long and migrate about 10,000 miles every year between feeding grounds in the cold, north Pacific waters and breeding grounds in warm-water lagoons of Mexico's Baja California Peninsula.

The species is not currently considered endangered but is protected by the Marine Mammal Protection Act in the United States.

Its last published study in 2016 found a population of 27,000 gray whales. Data from a 2020 study is still being analyzed, according to the NOAA website.

In 2019, at least 13 dead whales washed ashore in the Bay Area and scientists said they feared it was because the animals were starving and couldn't complete their annual migration from Mexico to Alaska.

Biologists have observed gray whales in poor body condition during their annual migration since 2019, when an unusual mortality event was declared by NOAA.

Nearly one in four gray whales migrating along the U.S. West Coast has died since the last recorded population assessment in 2015 and 2016, according to NOAA.

"This many dead whales in a week is shocking, especially because these animals are the tip of the iceberg," said Kristen Monsell, legal director of the Center for Biological Diversitys Oceans program.

Experts estimate the washed-up whales represent just 10 per cent of the total number of the dead, with the rest sinking into the sea unnoticed by humans.

"Ship strikes and fishing gear entanglements kill many whales that we never see," she said.

Her organization is suing the federal government to get speed limits in shipping lanes off California, Associated Press reports.