Five thousand shops have shut due to the coronavirus lockdowns, research has found.

Almost one in five stores closed in the hardest hit shopping centres and in parts of the country including the North East and Wales.

The national vacancy rate is now 14 per cent – one in seven – the British Retail Consortium warned.

Chief executive Helen Dickinson said: ‘The forced closure of shops during the first quarter of 2021 has exacerbated already difficult conditions for the retail industry. Many stores may never reopen.’ 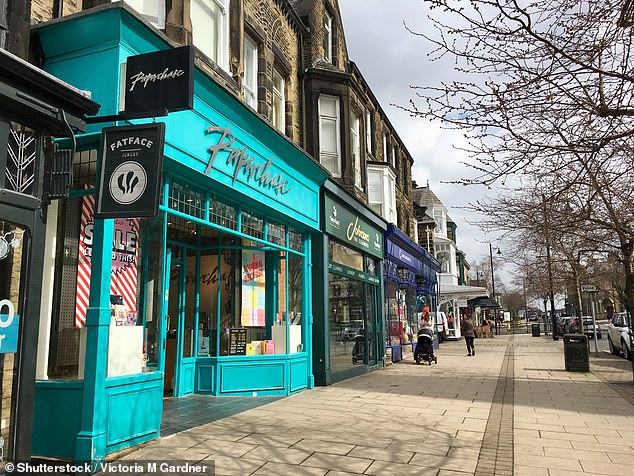 The data also showed a particularly high proportion of empty units in the north of England. (The high street in Ilkley, West Yorkshire) 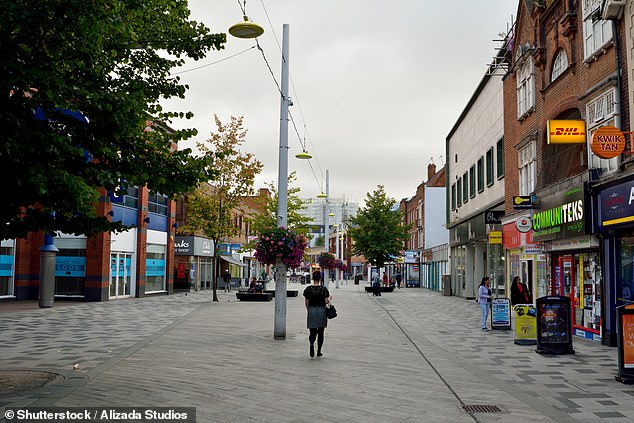 She said the situation could worsen as protections including business rates relief and a moratorium on aggressive debt recovery by landlords are due to end this summer.

Lucy Stainton of the Local Data Company, which compiled the figures, said further closures are expected. ‘We have not yet seen the true impact of this third lockdown,’ she said.

Ms Stainton added: ‘The number of vacant units has continued to increase in the first three months of this year across the country, despite much of the market being temporarily closed during the third lockdown.

‘With this in mind, and despite these percentages increasing significantly, we would argue that we have not yet seen the true impact of this third lockdown and this will only be obvious once the market has had the chance to reopen fully.

‘We have seen a number of household names announcing further store closures or indeed disappearing from our high streets entirely, showing how challenged physical retail continues to be.’

The latest BRC-LDC shop vacancy monitor has revealed that the vacancy rate across the country increased to 14.1 per cent in the quarter to the end of March, from 13.7 per cent in the last three months of 2020.

All types of shopping locations reported an increase in vacancies for the period, with a particularly sharp rise at shopping centres.

The figures revealed that the proportion of empty units at shopping centres increased to 18.4 per cent from 17.1 per cent in the previous quarter.

On the high street, the number of vacancies was in line with the overall average, with about 14.1 per cent of store fronts laying empty before the reopening of non-essential retail earlier this month.

The data also showed a particularly high proportion of empty units in the north of England.

In the North East, vacancy rates rose to 19.3% for the quarter, with rates of 17.3 per cent in the North West.