THIS is the chilling moment a fraudster exposed himself as a monster who murdered five people in a botched insurance scam with a "blink sandwich". 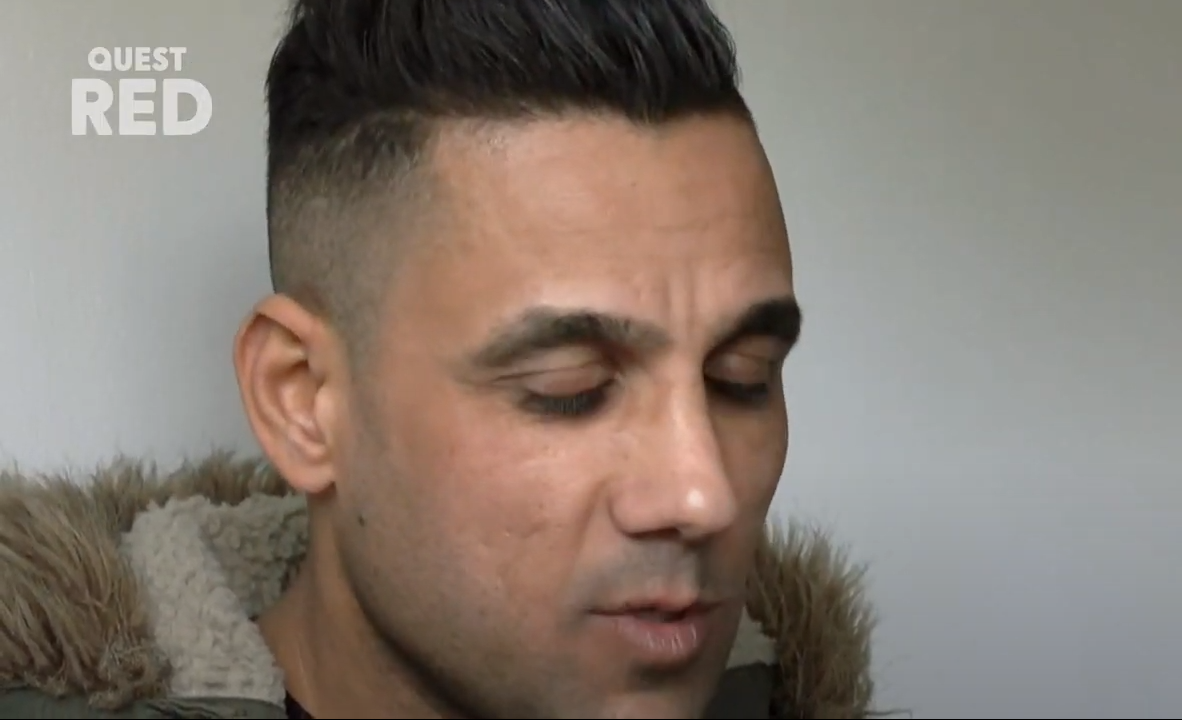 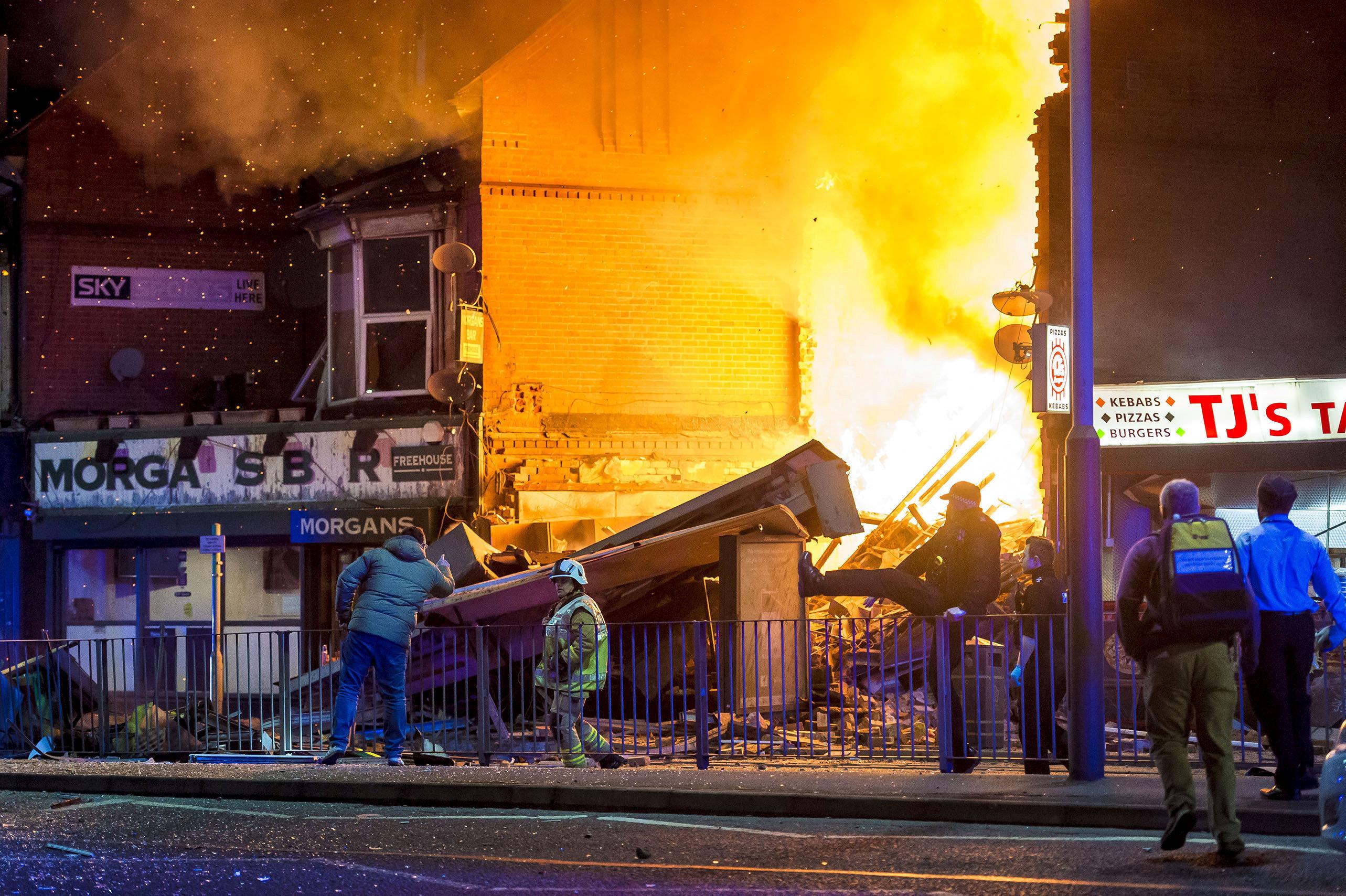 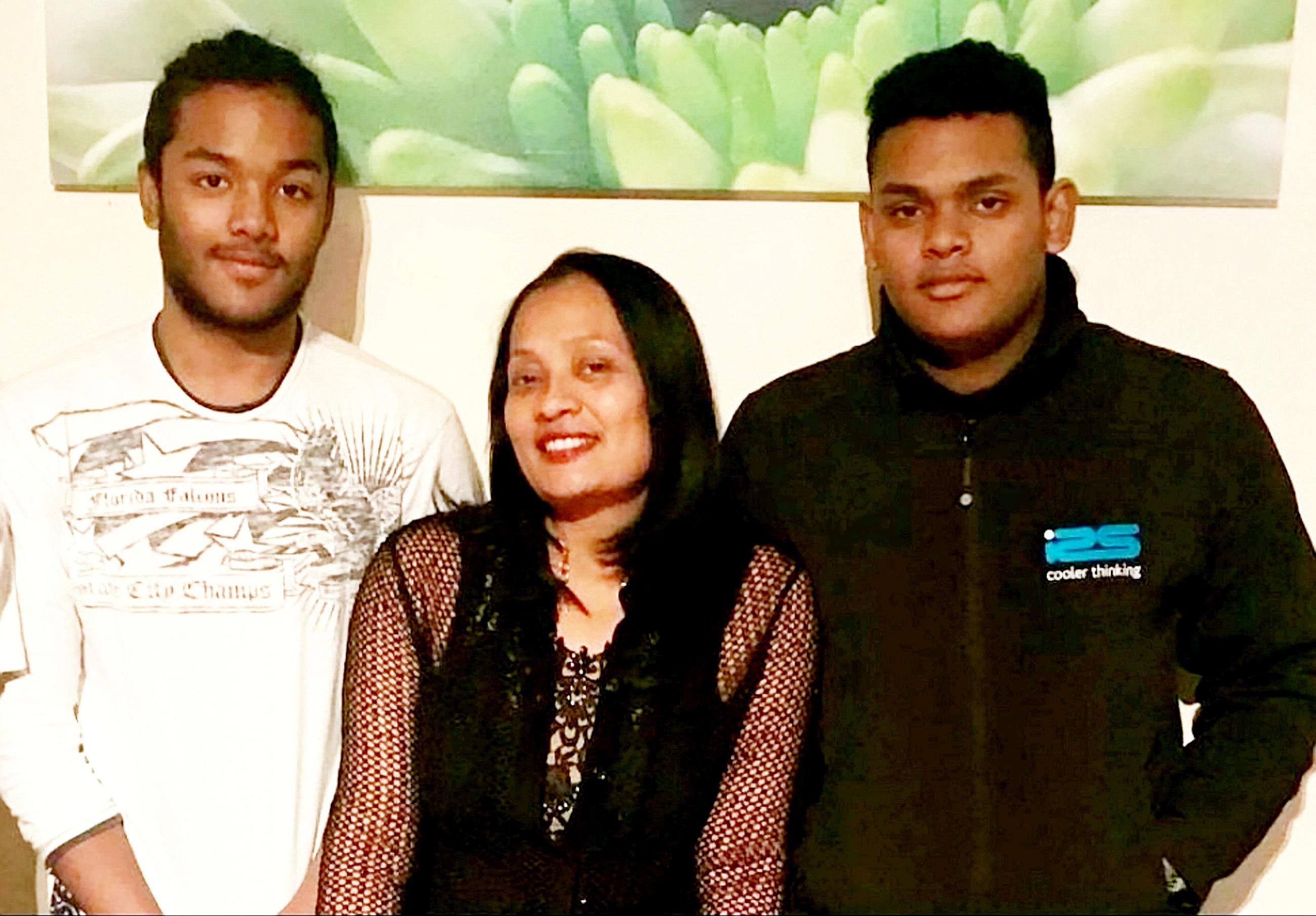 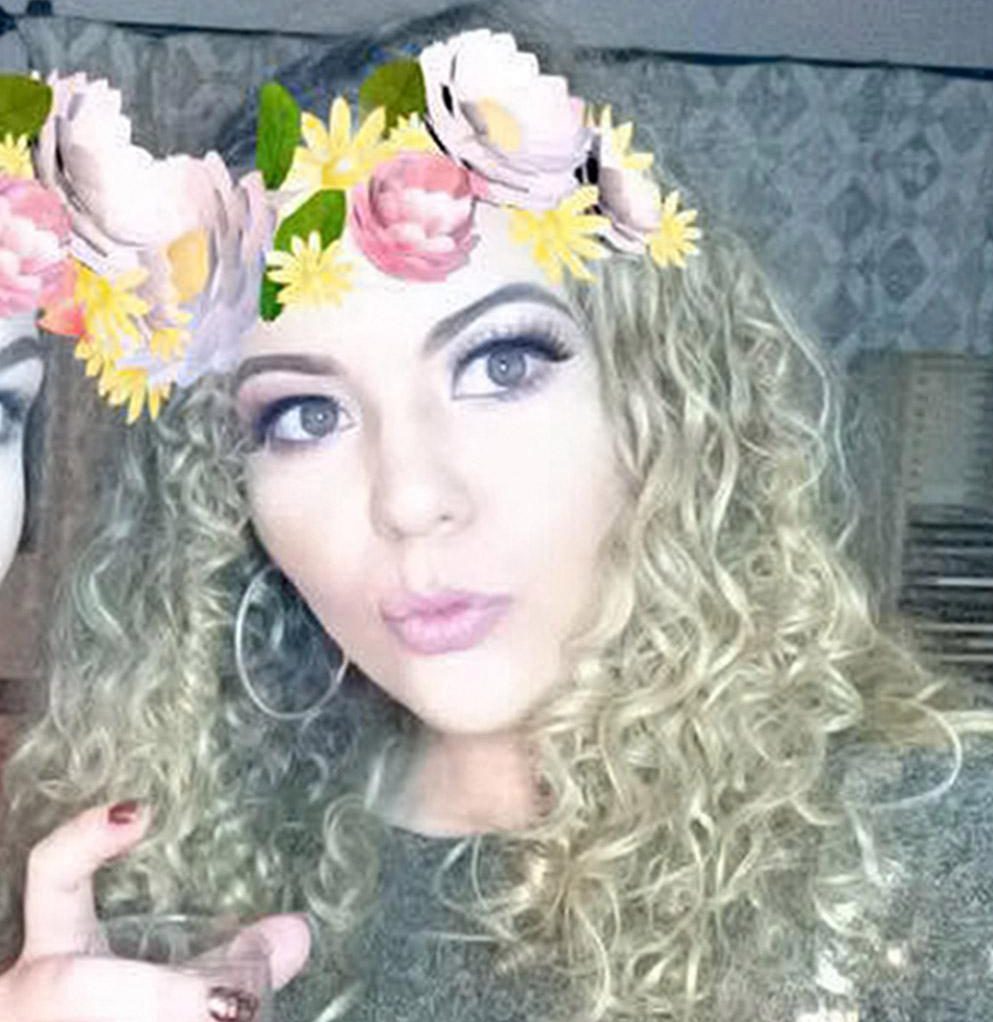 Following the deadly explosion, shopkeeper Aram Kurd appeared on TV saying he "felt sorry" for "the family who lost their lives".

He also revealed his miraculous escape to cops the day after the blast and denied knowing what could have caused the fatal blast.

But the lying killer had actually waited for darkness to fall with accomplices Hawkar Hassan and Arkan Ali before dousing the shop with 27 litres of petrol.

The trio then torched the building to swindle £300,000 from insurers as the innocent family slept upstairs. 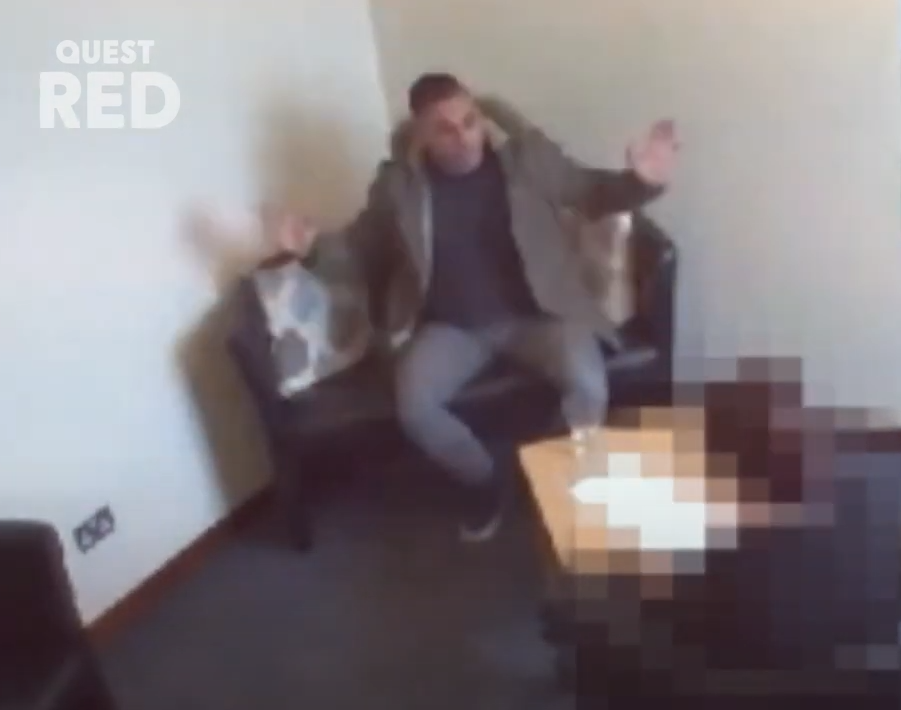 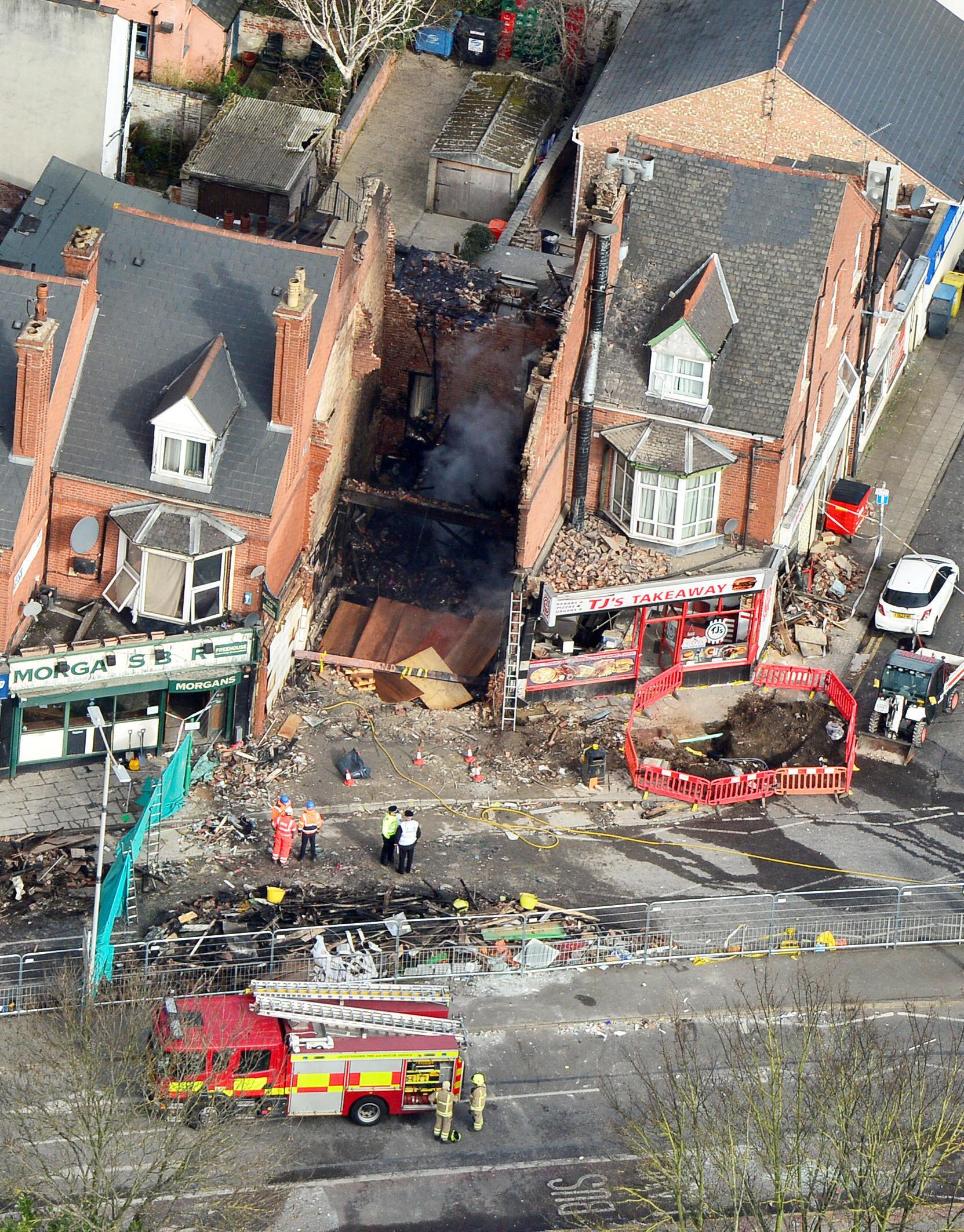 Experts on TV show Faking It: Tears of a Crime have revealed the tell-tale signs Kurd was lying to police and the media.

Body language expert Cliff Lansley says: "So, what we’ve just seen is what we call a blink sandwich. We get some rapid blinking, maybe 10 blinks in one second, which is a signal of cognitive load.

“He’s thinking hard, and he’s maintained an eye contact without blinking as he’s making that statement and trying to convince it to be true. Then, at the end of the statement, he recovers with rapid blinking.

The experts say Kurd becomes "almost comical" in his gestures as he leans forward in his chair trying to dupe cops into believing his grisly lie.

He can be seen telling cops he was watching YouTube with new worker Viktorija Ijevleva, 22, when the explosion tore through the shop as he went to grab beer. 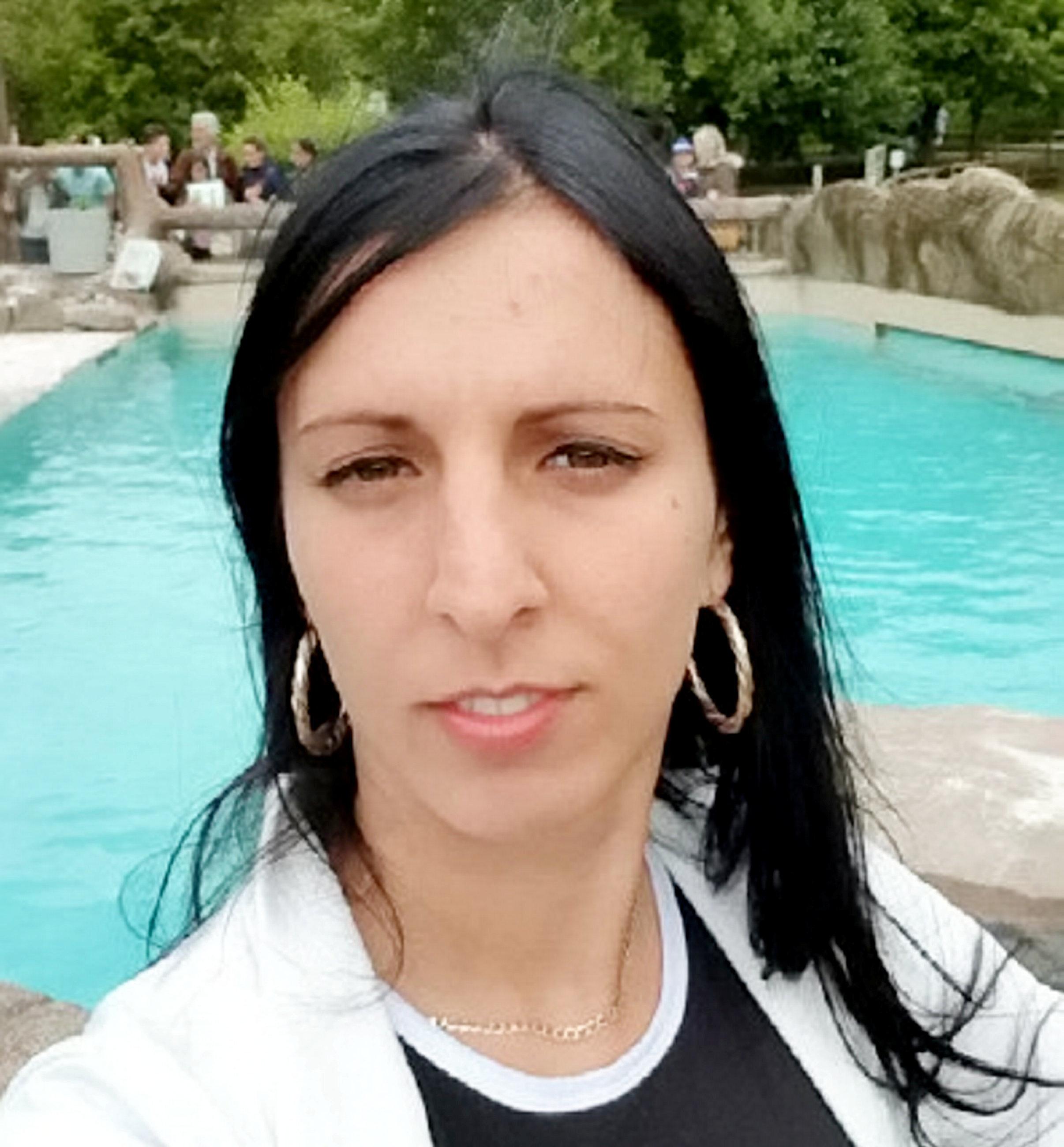 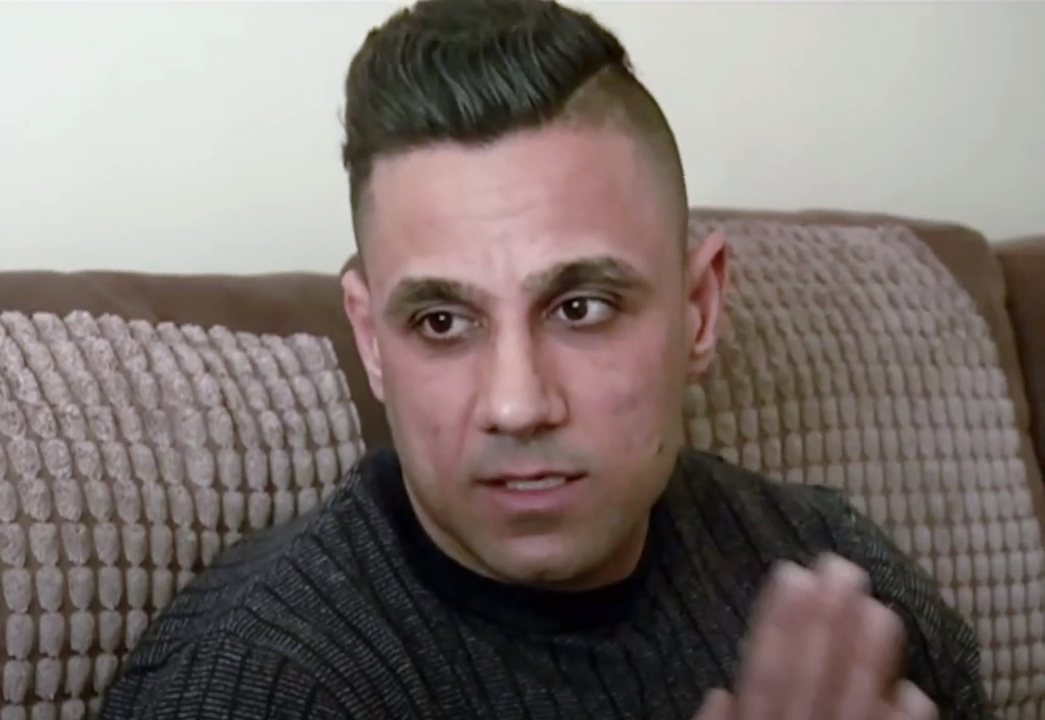 It later emerged Viktorija was in on the scam and was killed in the blast because she "knew too much".

The show also reveals how Kurd tripped himself up with officers as he tried to maintain he barely knew the employee.

But he then contradicts himself saying it was "normal" for them to joke around at work.

"You don’t have normal with someone who only started two days ago. I think this is him slipping up. This is fabricated.”

The shameless fraudster even appeared on the TV news the day after the devastating blast praying for Viktorija to turn up alive – despite leaving her to die. 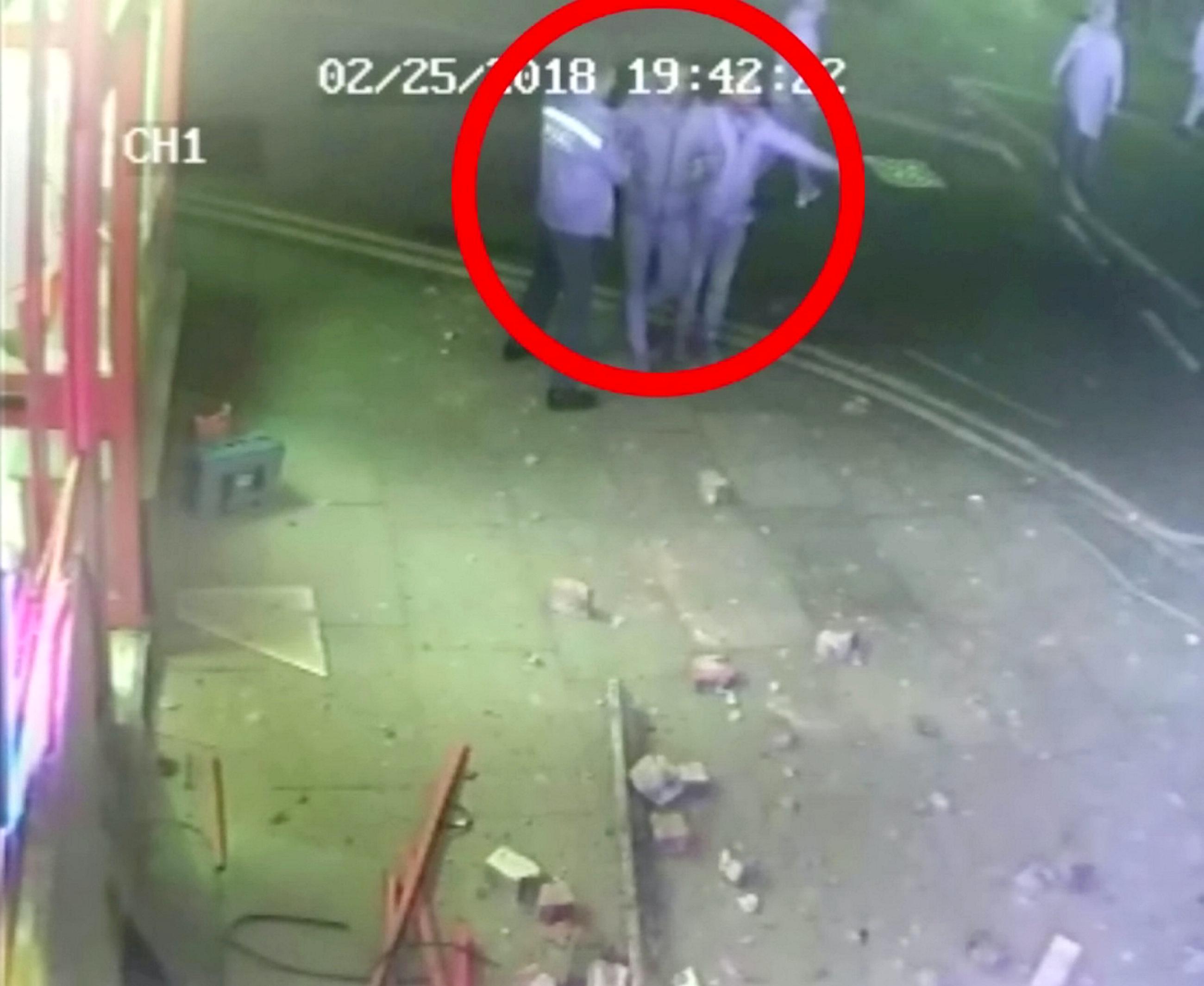 Presenting himself as a victim, Kurd said: "To hear that four people have died is tragic. I have no idea what to do with myself and I can’t face leaving the house.”

But Cliff says: "This is the prayer gesture showing concern, and you’ll see him quickly move into an inward take of breath and the wide eyes.

“Wide eyes are quite a good reliable indicator of either surprise or fear. In this case I believe it to be fear. Why Is Kurd fearful? Because he killed her.”

Kurd continues his shameless lies – telling reporters he was "flung in the air" as the inferno tore through his shop.

He added: "For some reason God has decided to keep me alive. I know I am extremely lucky.”

As emergency crews in Leicester sifted through the rubble of the blast, police began to unravel Kurd's version of events.

Officers trawled through 700 hours of CCTV footage and examined 1,000 witness statements and 4,000 different lines of inquiry. 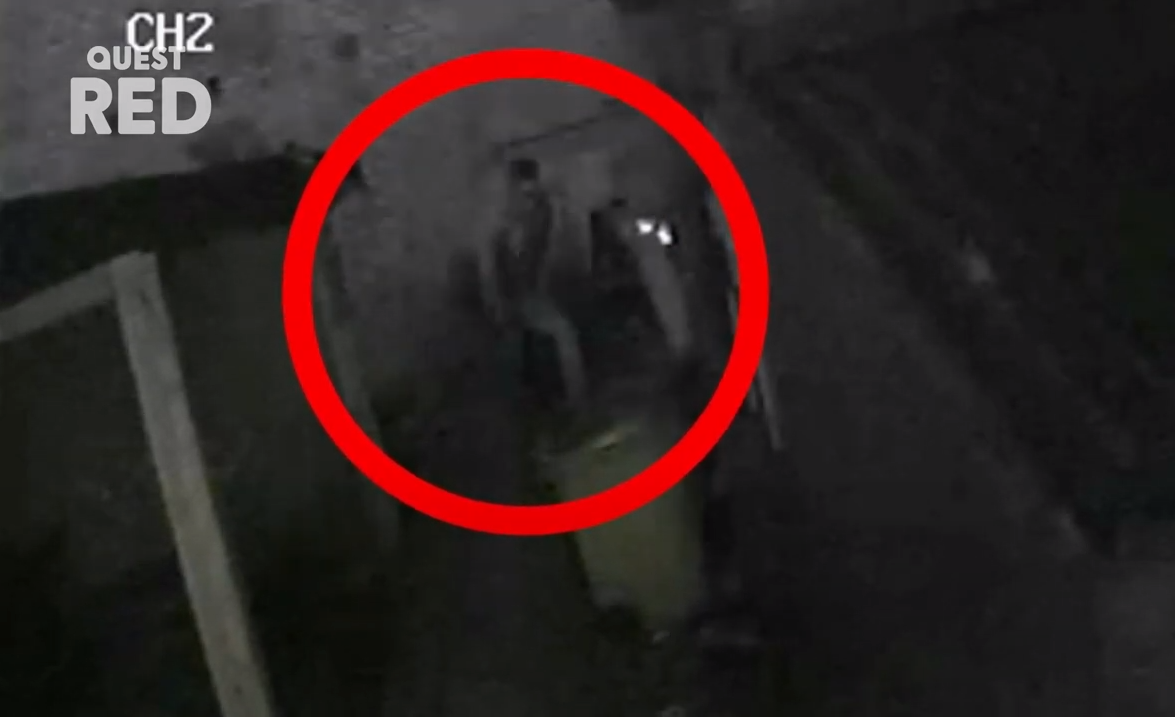 Kurd then told an associate he had been the one who blew apart the building as part of a £300,000 insurance scam taken out just days before.

It later emerged the killer and his co-defendants had bought 27 litres of petrol and lit a fire in the basement.

Hassan then waited outside to drive Ali away, while CCTV showed Kurd running from the shop after leaving Viktorija to die in the blast.

Neighbours thought a bomb had gone off as the blast rocked nearby houses and left rubble strewn across the street.

Mary, her two sons and Shane's girlfriend were all killed as the fireball erupted 25ft in the air.

Scotty Ragoobeer, the 15-year-old brother of Shane and Sean, was rescued from the rubble and survived. Passer-by Thomas Lindop, 56, was also seriously injured.

Shameless Kurd pleaded not guilty to murder so heartbroken family members – including Mary's husband Jose – were forced to endure a trial.

But he was convicted along with Hassan and Ali of five counts murders and conspiracy to commit insurance fraud.

Kurd and Ali were jailed for life with a minimum of 38 years in January last year, while Hassan was caged for 33 years.

Sentencing, High Court Judge Mr Justice Holgate said: "None of the defendants has shown the slightest bit of remorse for their wicked crimes.

"They were exceptionally callous and deceitful. They pretended to be concerned about the victims and even to grieve for Ms Ijevleva.

"Kurd had his prepared story ready for the media and the police. Ali and Hassan pretended to comfort and help the mother of Ms Ijevleva.

"In truth all three were only concerned to try and save their own skins. They repeatedly lied both inside and outside court." 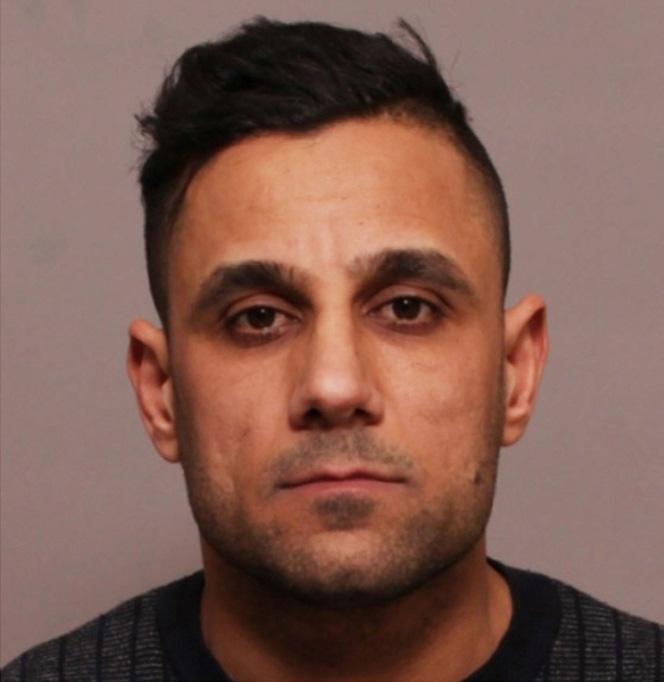 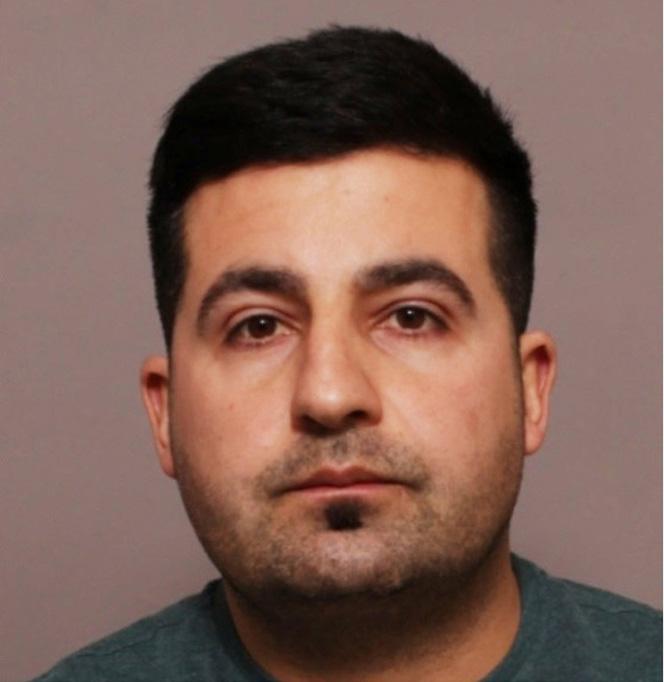 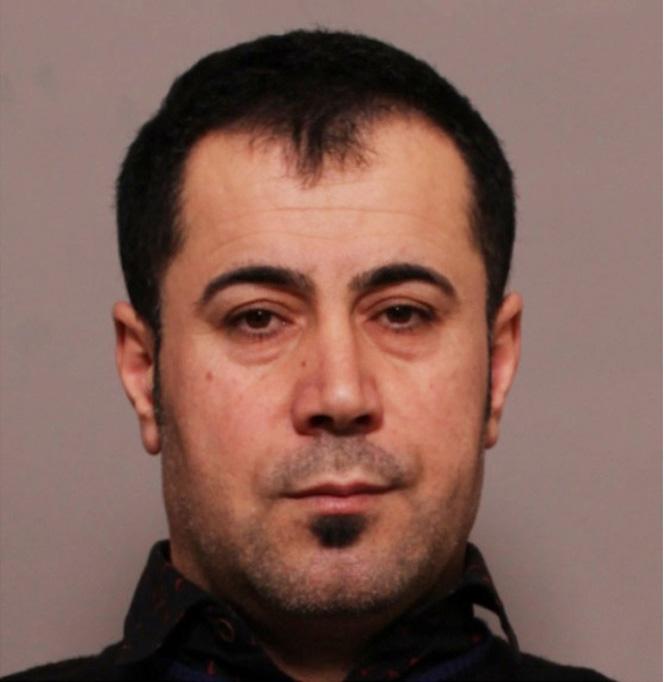