Ex-special branch police officer, 99, thanks ‘wonderful’ medical staff as she becomes oldest person in UK to recover from coronavirus

An ex-special branch police officer has thanked ‘wonderful’ medical staff after she becomes the oldest person on the UK to recover from coronavirus.

Carrie Pollock, 99, was admitted to Queen Alexandra Hospital in early March, after getting hallucinations and suspected pneumonia.

She also had a temperature – who is the symptoms of Covid-19 – as was tested by a doctor who confirmed the family’s fears.

But the former PC, who was  special branch officer in Kenya, saw off the disease and is now back at home in Hayling Island near Portsmouth. 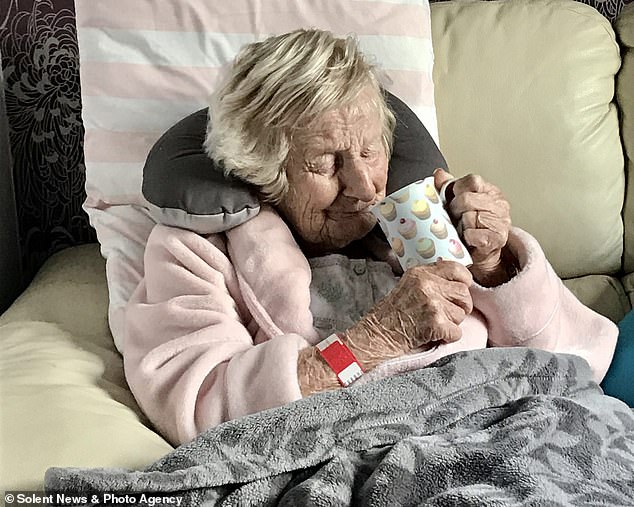 Carrie Pollock, 99, was admitted to Queen Alexandra Hospital in early March after getting hallucinations and suspected pneumonia

She said: ‘I had malaria twice while I was in Africa and that was probably a little worse than coronavirus.

‘I am really happy to be back at home now though listening to all my audiobooks. I listened to Radio 4 a lot while I was in hospital but I am happy to be out.

‘I am doing very well. I would like to say thank you to all the doctors and nurses who helped me.

‘They are wonderful people, they were really kind, and they talked to me about Africa a lot so I liked that.’

Carrie shares her home with Peggy Hitchcock, 73, whose husband William was her nephew.

She will turn 100 in November. Her husband Bill, who worked as an engineer, passed away in 2013 from heart problems.

Mrs Hitchcock said Mrs Pollock was like a mother to her and added: ‘We didn’t want her to go into hospital as we were quite worried but the staff were absolutely amazing and couldn’t have done more for her. 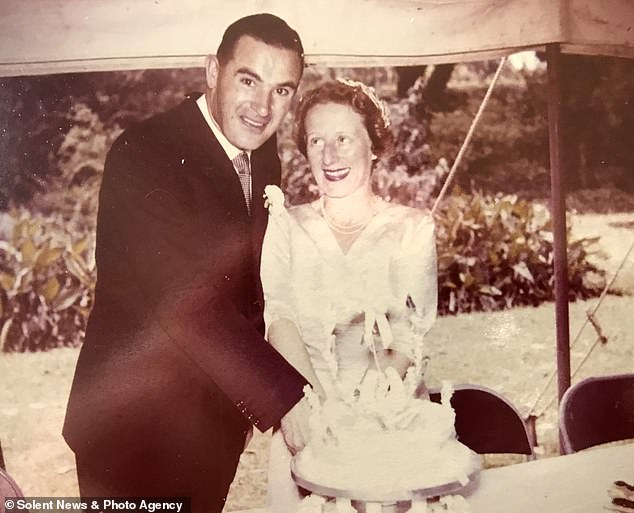 ‘We visited her every day when she was being treated for her hallucinations and pneumonia but when the doctor called to tell us she had Covid-19, we were devastated because we couldn’t see her and worried we wouldn’t again.

‘For her it was horrible as well as she is nearly blind but blow me down she is still going.

‘Carrie is like a mother to me because I came from such a big family. She helped me make my bridesmaid dresses for my wedding and she has always been there for me. I can’t thank the staff enough for how they treated her and I think they are all angels.’

Mrs Pollock, who has no children, returned to the home she shares with Mrs Hitchcock last Thursday and is now relaxing at home with her audiobooks.

She said: ‘I am so grateful to the hospital staff. They were so kind and now I am doing very well.’

Mrs Hitchcock’s granddaughter Jess Keeley said: ‘She is an absolute fighter and we are so proud that she has done so well. She is already back at home and walking to strengthen her legs again.

‘She loves her audiobooks and loves a natter. She is an inspiration to our whole family.

‘The hospital staff did an amazing job to care for her and nothing was too much trouble. We were able to call her when she was in isolation which was lovely.’

Karen Clarke, senior sister at Queen Alexandra Hospital said: ‘It was wonderful to see Carrie going home to her family as they had all really missed each other.

‘These are worrying times for many and to see her leaving hospital after recovering from Covid-19 gave the staff a real boost.’