AN ENGLAND fan was caught sleeping on a car bonnet with his boxers hanging out after the team's triumphant win against Ukraine on Saturday.

Nicola Boycott couldn't believe her eyes when she found the snoozing man "snoring his head off" face down on her neighbour's red Nissan the morning after Saturday's sensational 4-0 Euro 2020 quarter final. 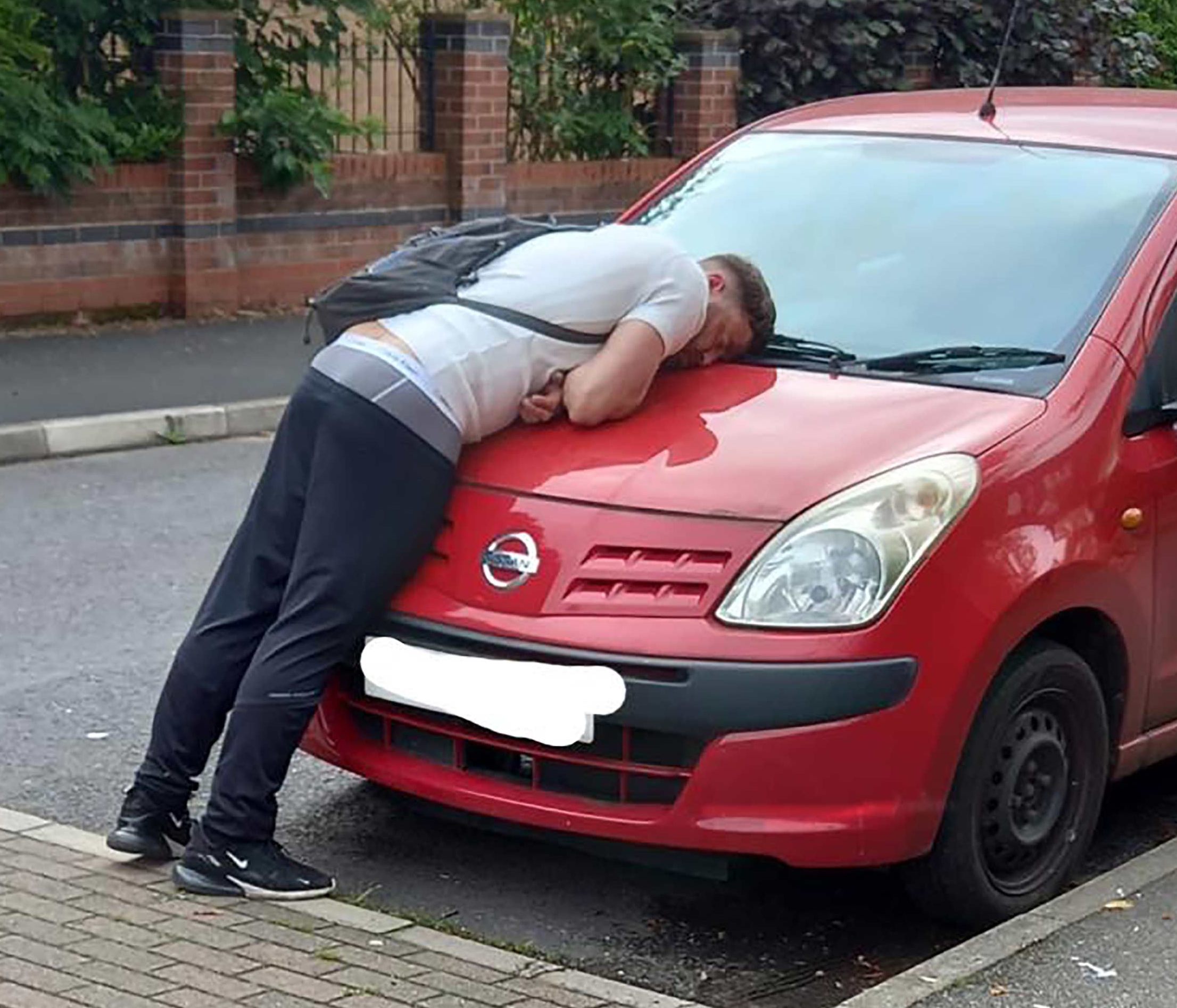 The 28-year-old housewife and her husband Brad, 30, had tried to move the man on from outside their house in Northwich, Cheshire, but he refused to budge.

She decided to take a photo showing the man, with his underpants on show, slumped across the car with his arms crossed beneath him.

He can be seen wearing joggers, a white T-shirt and grey backpack while appearing to be in a deep sleep.

Nicola posted the photograph on Facebook on Sunday in a bid to help the unknown male explain his whereabouts to his partner.

Nicola wrote: “Can we all share this please? He will walk into his house in a few hours – tell his Mrs that he slept ON a car all night and she 100% won’t believe him.

“Looks like someone had a good night. He’s snoring his head off on my neighbour's car and won’t wake up.” 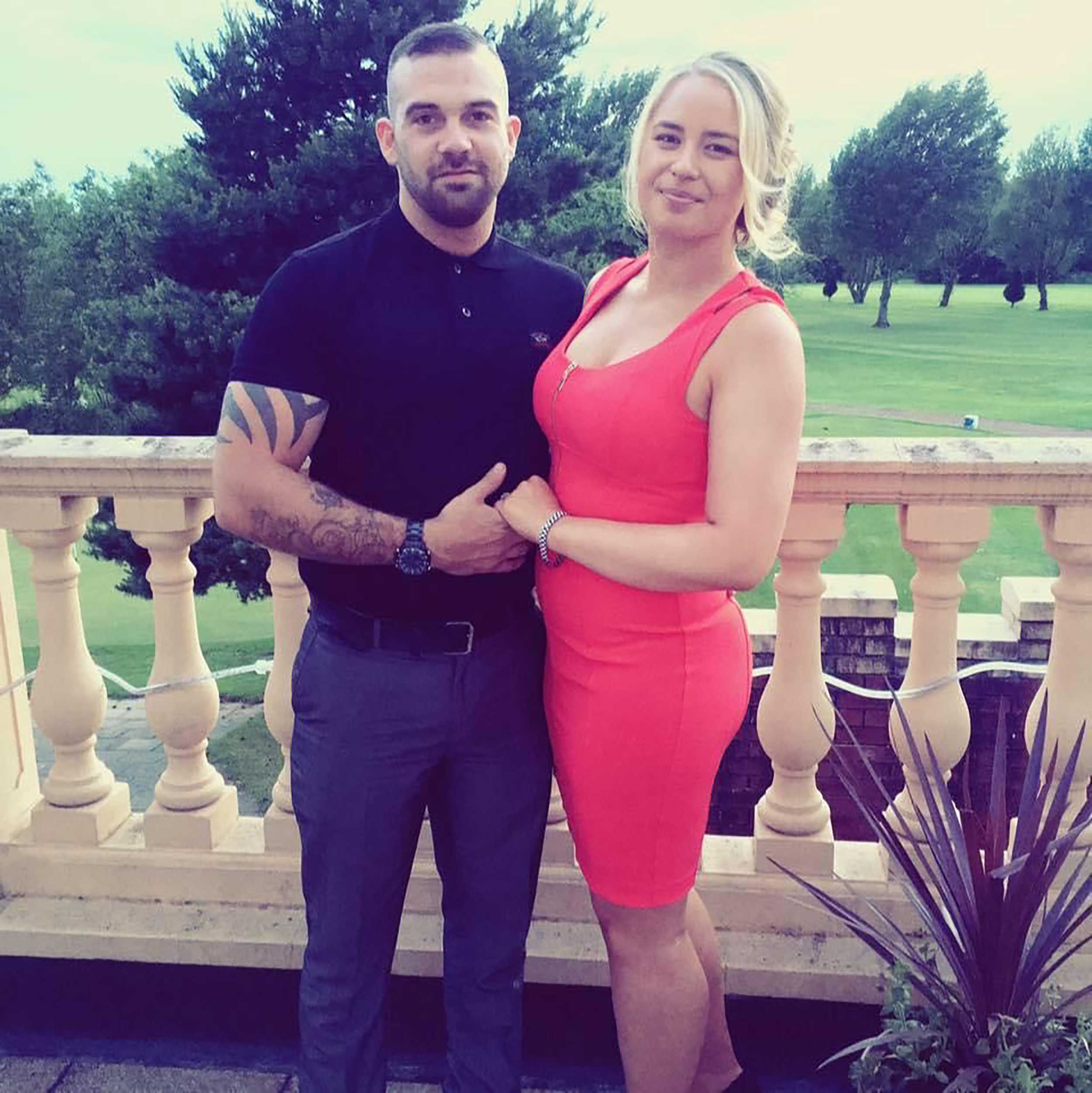 The post racked up more than 6,000 likes and attracted comments from pals who were left in stitches.

Carmen Sharples said: “Too funny” while Sonjia Louise wrote: “This is hilarious.”

Speaking today, Nicola said: “He was asleep on the car when my husband went to the shop with our son at 8:30am on Sunday.

“He tried to wake him but he was snoring his head off so must have been too comfy to get up.

“I was in disbelief at first . My husband thought he was looking at something on the car at first.

“It’s my neighbour's car. I have yet to show her the pictures.”

SEE YOU IN COURT

Mum's agony after son, 5, 'stabbed to death' as cops quiz woman on murder

Screams heard after boy, 5, 'stabbed' to death as woman, 49, arrested

The Three Lions thrashed Ukraine in Rome on Saturday night, pushing them into the semi-finals.

It was certainly a night to remember – although perhaps not for this man – as Harry Kane netted twice and the rest of the squad gave a stellar performance.