Egg farmers are now six months from bankruptcy due to the rising cost of chicken feed caused by the conflict in Ukraine and supermarkets cutting prices amid the cost of living crisis, industry chiefs have warned.

More than 27million hens were allowed outside yesterday after they were finally given the green light to come out of lockdown following a five-month-long bird flu outbreak.

In recent weeks, free range eggs have had stickers or labels marking them as ‘barn eggs’ as hens had to be housed inside.

But farmers are now facing new bankruptcy fears within six months as Russia’s invasion of Ukraine has sent the cost of feeding hens soaring to £400 a tonne – with grain grown in the region also now 50 per cent more expensive.

Farmers have since been left with unsustainable losses after supermarkets placed an average price cut of 13 per cent on coffee, bread, sausages and eggs to combat the cost of living crisis, reports The Telegraph.

But despite warnings and pleas for help from the British Free Range Egg Producers Association (BFREPA), the UK’s biggest supermarkets have yet to increase the price of free range and organic eggs to a level where many farms can break even. 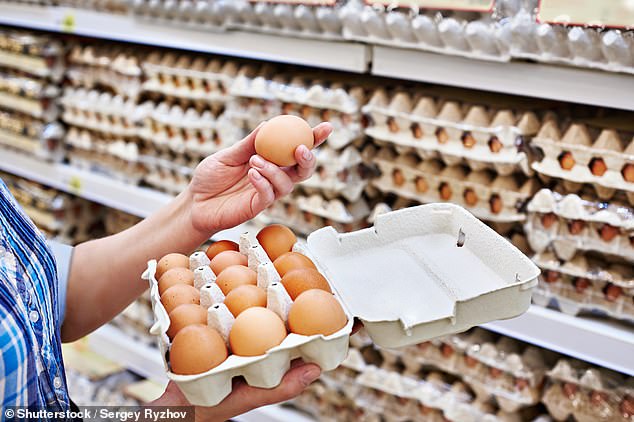 Egg farmers are now six months from bankruptcy due to the rising cost of chicken feed caused by the conflict in Ukraine and supermarkets cutting prices amid the cost of living crisis, industry chiefs have warned (file image) 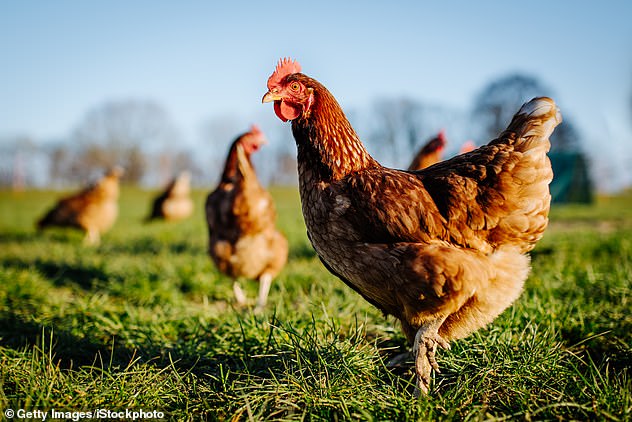 In recent weeks, the products have had stickers or labels marking them as ‘barn eggs’ as birds have had to be housed inside (file image)

BFREPA surveyed egg producers last month and found that more than half of farmers are seriously considering stopping production until the price they are paid improves.

A further 18% said they will make their decisions at the end of their current flock, while more than two-thirds said they would leave egg production within a year if a price rise wasn’t forthcoming.

Robert Gooch, chief executive of the BFREPA, said: ‘It’s really good news that shoppers will soon have free range eggs available on the shelves, and British farmers are extremely grateful to consumers for continuing to buy eggs from these flocks even though they have been re-classified as barn eggs.

‘But while it’s a relief to my members, lifting the housing order does not solve the crisis facing the egg sector. It will not remove the huge hikes in energy, transport, feed and labour costs they are experiencing.

‘The picture is bleak – a recent survey of our members suggested 51% of free range and organic egg farmers were considering exiting the industry. Even a small number coming out of egg production would lead to egg shortages which we predict will come later this year.’

Mr Gooch explained how every major retailer has been asked to increase free range egg prices by at least 40p per dozen, while organic eggs require an increase closer to 80p per dozen.

According to the British Egg Industry Council, the average price of six medium eggs was £1.35 a decade ago – but had since reduced to about £1.

Despite multiple pleas to the likes of Tesco, Asda, Morrisons, Sainsbury’s, Aldi, Lidl, Marks and Spencer, and Waitrose for help – as the parties with the most power to make a difference in the supply chain – he claims they are not doing enough 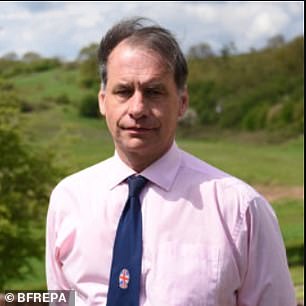 Robert Gooch (pictured), chief executive of the BFREPA, is campaigning for retailers to increase free range egg prices by at least 40p per dozen

‘Many of my members are losing money on every egg laid, and our data shows that even those who are making a small profit do not see a long-term future,’ Mr Gooch added.

‘The appetite for eggs from the public is extraordinary, but I’m afraid we will see shortages of British free range and organic eggs on the shelves before long.’

A Sainsbury’s spokesperson told MailOnline: ‘We are in close contact with all our suppliers and understand that many are facing unprecedented cost challenges throughout their supply chains.

‘As a business we want to be able to support our suppliers so that we can help them to navigate these challenges, while maintaining high levels of animal health and welfare, as well as product quality.

‘We are working with our egg suppliers to make sure they receive a price that reflects the increasing costs they are facing. This is based on real time factors, such as the cost of feed.’

Industry chiefs have also called a Crisis Summit at the Pig and Poultry Fair on 10 May and invited representatives from each retailer to attend to discuss how to resolve the issue.

Andrew Opie, Director of Food & Sustainability at the BRC (British Retail Consortium) told MailOnline: ‘Retailers have long-standing, established relationships with their suppliers and know how important maintaining these are for their customers and businesses.

‘Supermarkets source most of their food from the UK and know they need to pay a sustainable price to farmers but are constrained by how much additional cost they can pass onto consumers in this very difficult market.’