Clever dogs! Pets learn to ring their own DOORBELL when they want to be let in or out of the house

This adorable video shows two very smart dogs who have their own DOORBELL to tell their owners when they want to come inside.

Clever dogs Dolly, two, and Kevin, eight months old, use their own special ringer to get the attention of their owners when they are done playing in the garden.

In the adorable video clip, Kevin can be seen pressing the doorbell with his nose and patiently waiting by the back door with Dolly to be let in. 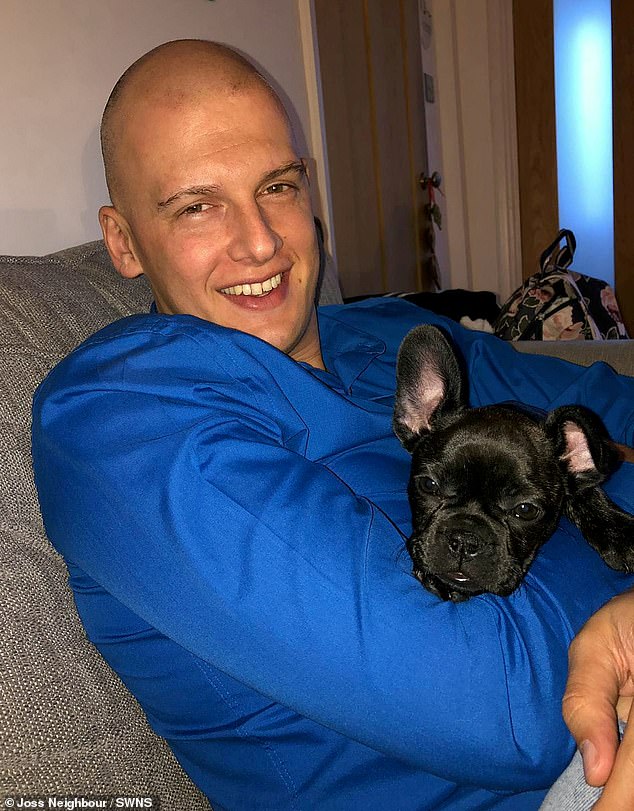 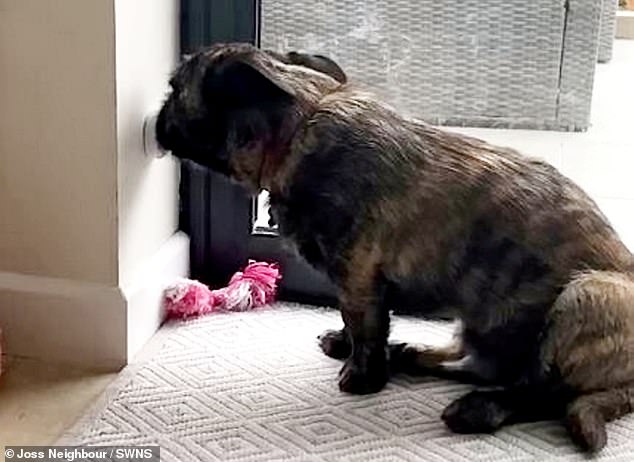 The wireless door bell, demonstrated here by eight-month-old Kevin, allows the dogs to alert their owners that they want to get outside or return to the house 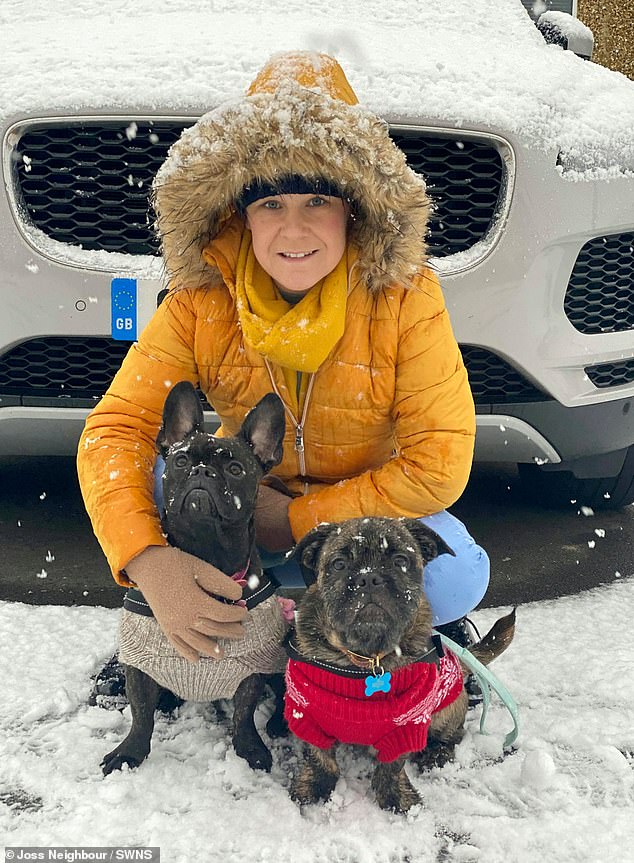 Nikki Elvin, 38, pictured with Dolly and Kevin, had originally used a bell for the dogs, but upgraded it to a wireless doorbell in February

Owner Joss Neighbour, 32, filmed the French bulldog while his stepson William opened the door to let them back into their home in Surrey.

Mr Neighbour and his fiancee Nikki Elvin, 38, decided to get the doorbell to help Joss, who is currently battling cancer, know when the dogs want to come in when he’s resting.

They initially hung bells outside for the dogs to hit when they wanted to come inside and after that proved to be a success, they progressed to the doorbell in February 2021.

Mr Neighbour, an export clerk said: ‘Sometimes when I was resting, the dogs just jumped up at the windows to let me know that they wanted to come in.

‘They were scratching the bi-fold windows so we decided to buy this and it’s been amazing! 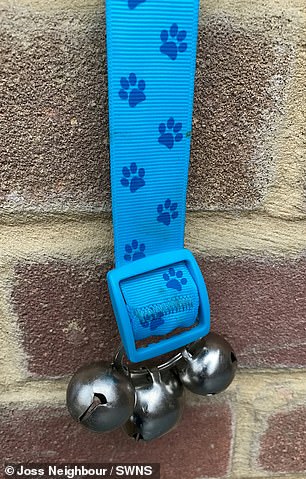 The dogs push this button, left, to alert the couple that they want to come in from the cold. They upgraded the system from the bell, right, 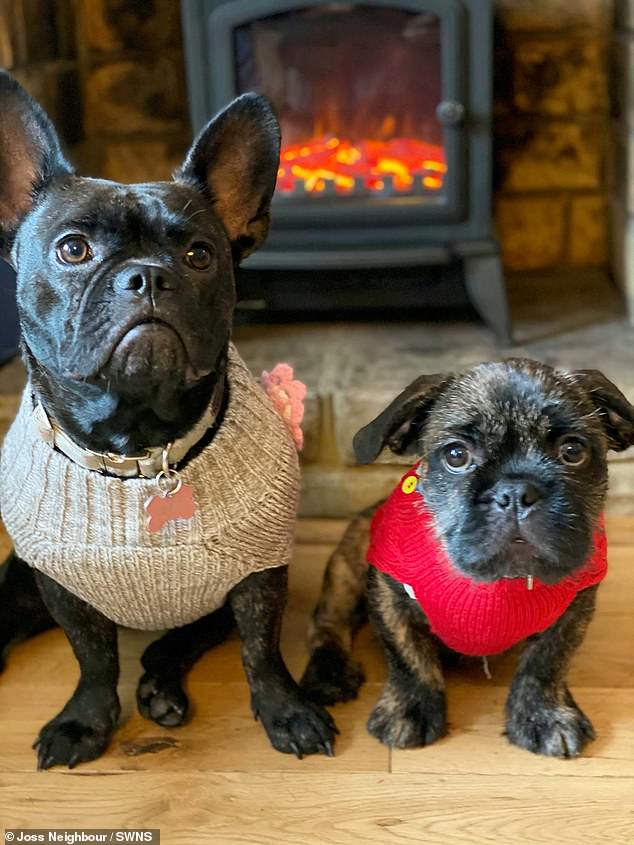 Kevin, right, will use the system to go go in and out of the house, while Dolly, left, only uses the bell to get into the garden 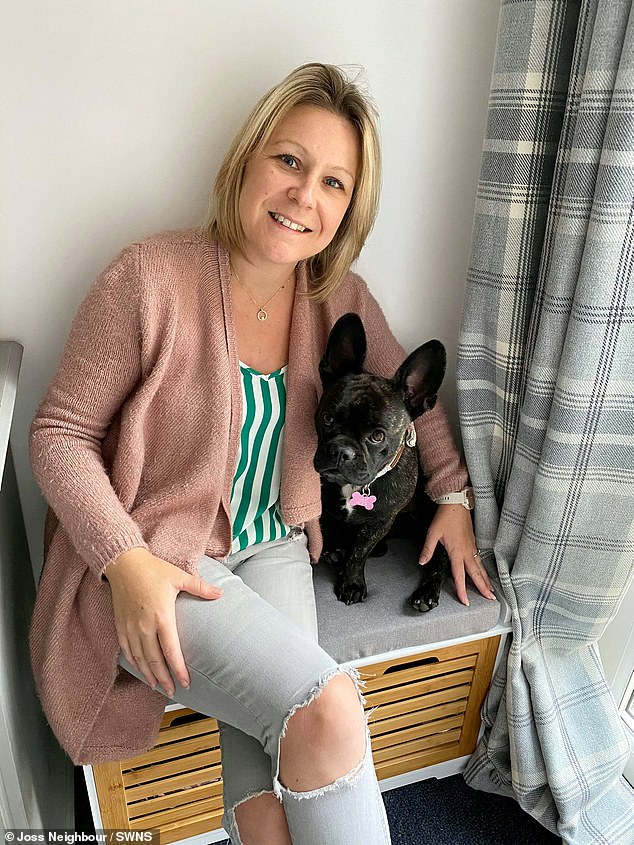 ‘We are very happy! Anytime anyone is visiting the house and they see the dogs use it, they’re amazed. It was a very good purchase!’

Dolly and Kevin’s doorbell is a Tebrun Wireless Dog Doorbell that is specifically designed for dogs so they can communicate with their owners.

The pad is bigger and more sensitive than a traditional doorbell so dogs can use their nose or paw as they so wish to sound the doorbell.

Mr Neighbour said: ‘It all depends what mood they’re in. If Kevin is outside and getting frustrated when we don’t answer it quick enough, then he slaps it with his paw. If not, they touch it with their nose.

‘Luckily, they always go out together, so Kevin presses it to let us know they are both ready to come in.’