A CANDIDATE for New York City mayor endorsed by Rep Alexandria Ocasio-Cortez has been slammed for calls to defund the police while her own $2.7million home has a private patrol.

Democrat Maya Wiley, a former counsel to outgoing mayor Bill de Blasio, wants to cut $1billion from the NYPD budget but has been accused of "pandering for votes." 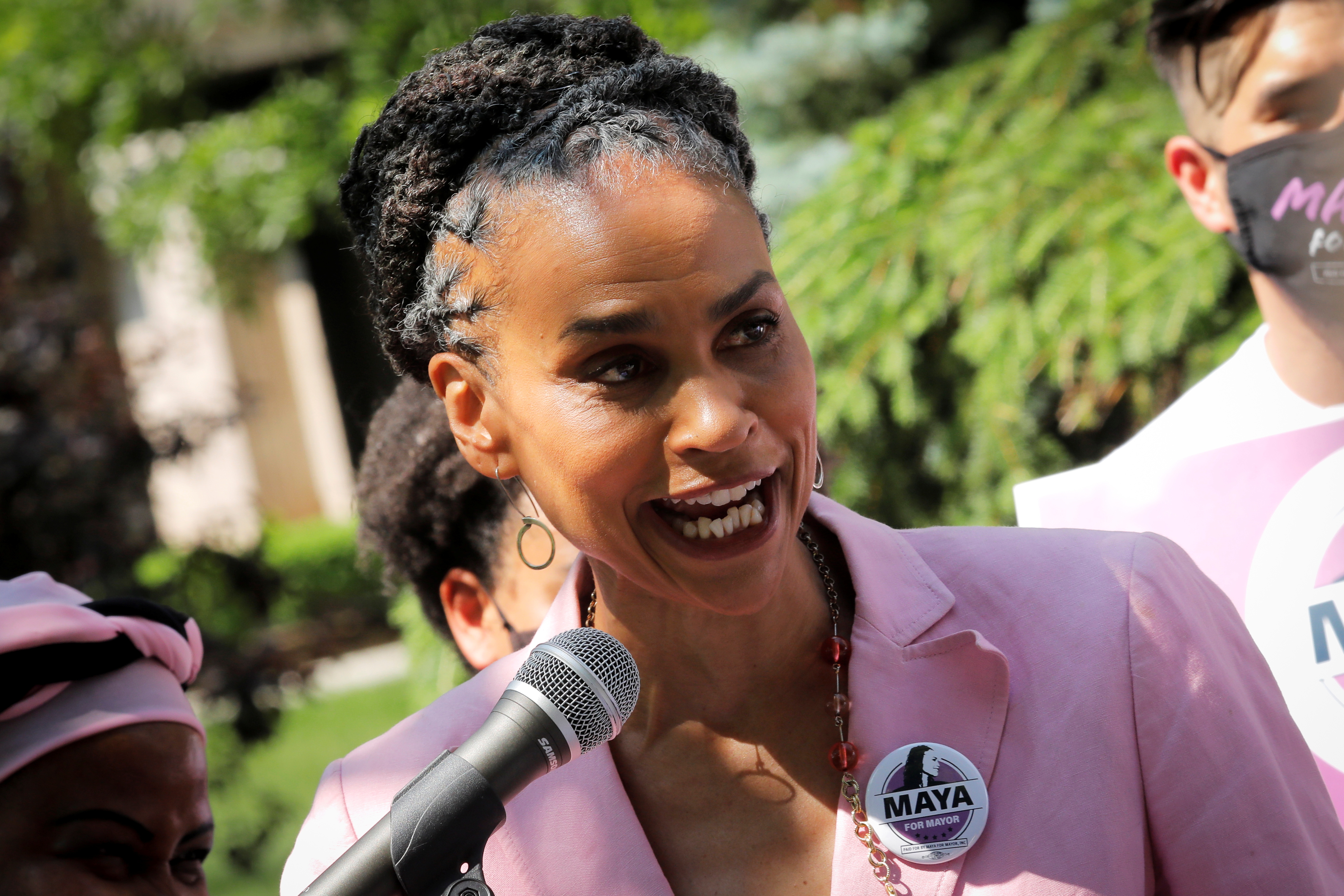 One neighbor has said the patrol "reeks of entitlement."

Wiley, 57, had previously said that she believes the private security in her area to be “ridiculous and we shouldn’t have it," according to the New York Post.

Yet claims that her life partner Harlan Mandal, 58, began paying the annual fees to Prospect Park South Charitable Trust again without her knowledge.

The mother-of-two says that Handal, CEO of the nonprofit Media Development Investment Fund, has felt nervous on the streets since being badly beaten in a 2001 mugging.

"He started paying again and then I had a very hard time saying, ‘Don’t do it.’ It’s not necessarily rational but it is his trauma response, so it’s a complicated one for our family," Wiley claimed in December. 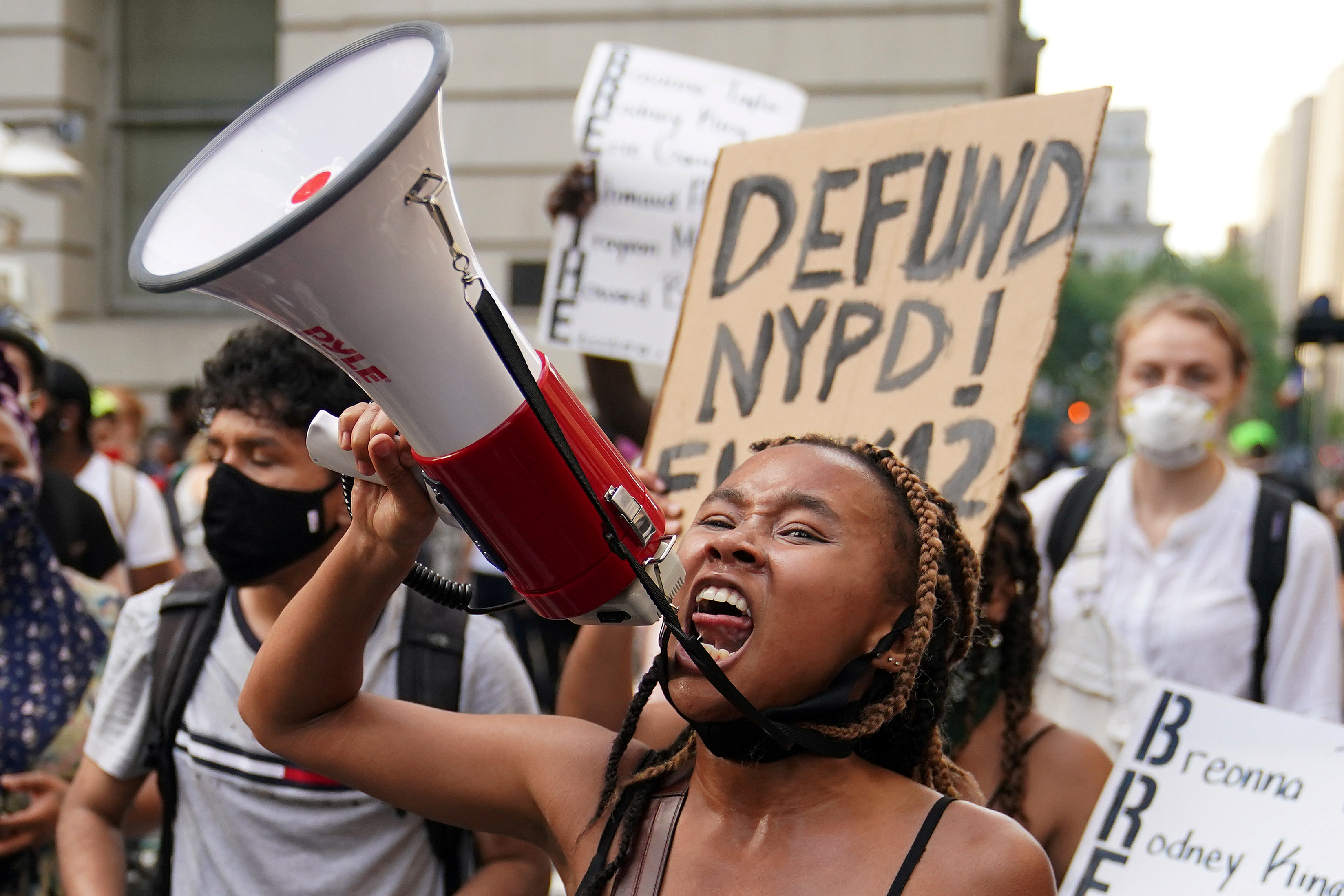 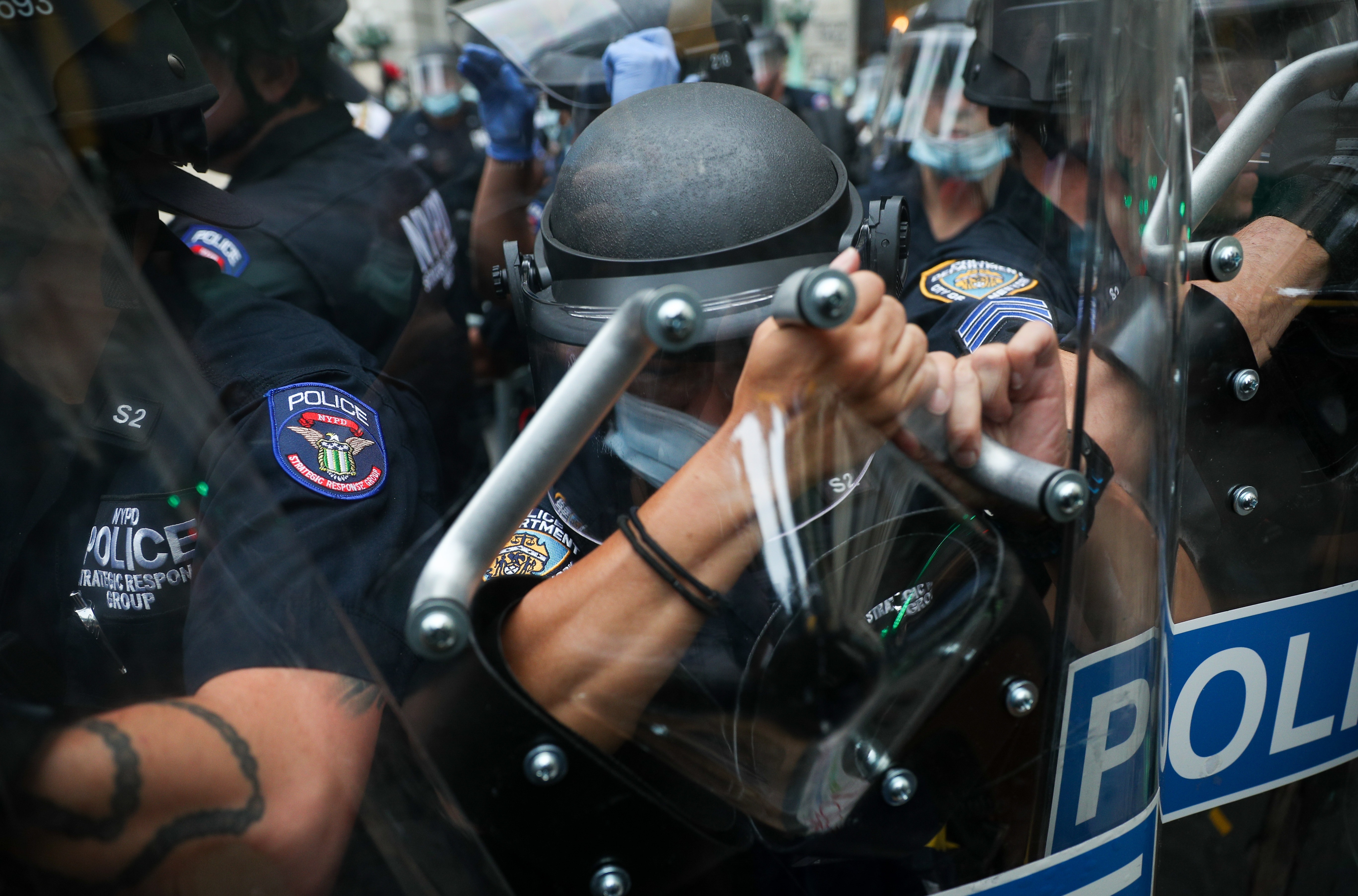 The fees pay for a guard to drive around the area, who a source told the Post is generally a former cop or ex-military.

“Here they are wanting to defund the police — but to keep my family safe, we hire private security, which is probably staffed by retired cops or military,” the source said.

“Cops laugh about it all the time. Cops know when they retire, they will get hired by someone like Wiley.”

Neighbor Barbara Hoffman told the Post that the guard patrols seven days a week from 4pm until midnight and can be called to escort residents home from the local subway station.

One neighbor told the Post that the guard disperses people smoking weed — despite it now being legal in NYC.

Another said they called the guard to help move a drunk man from a bush rather than call the police.

“The police aren’t the right people to call for something like that because black lives matter," they said. 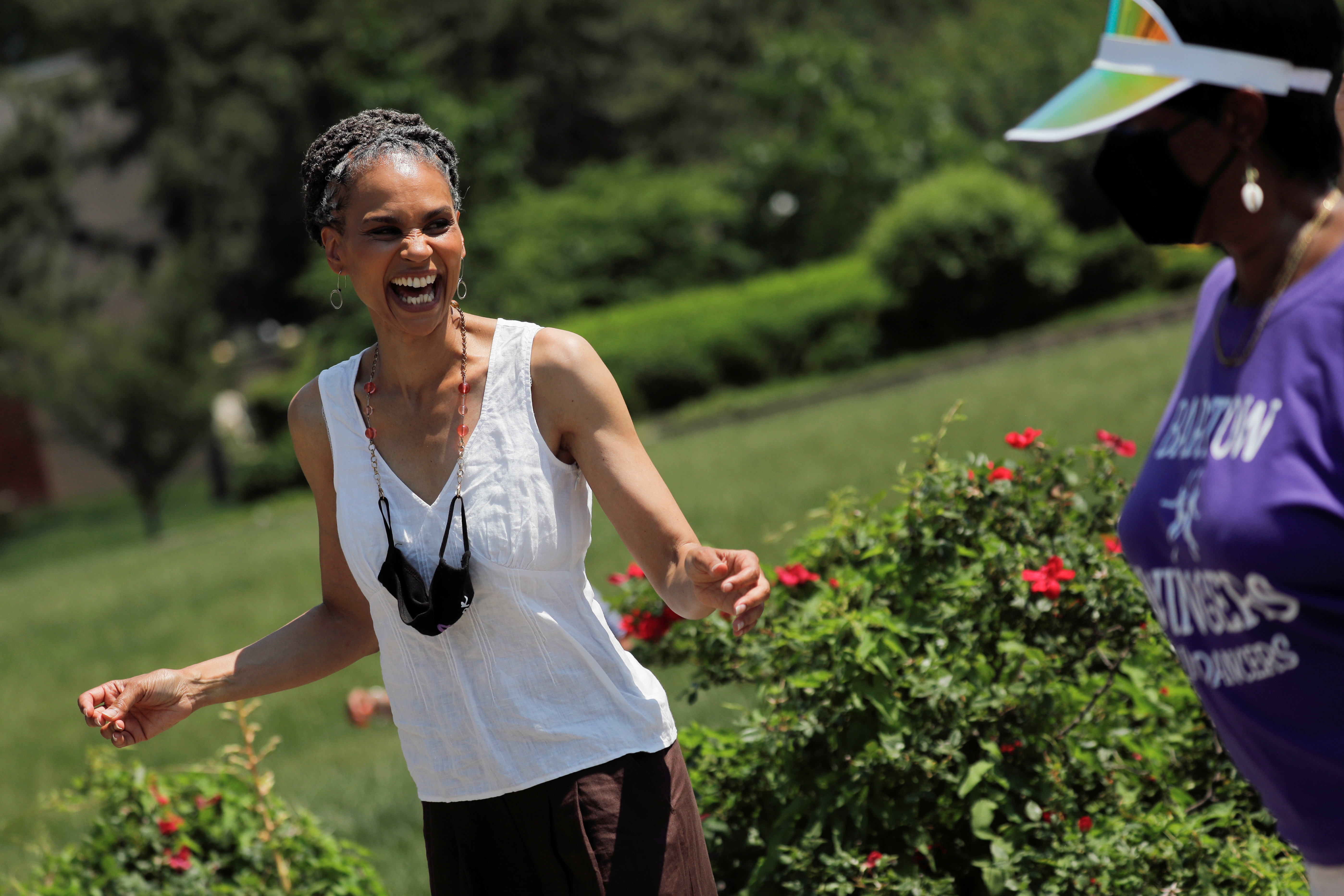 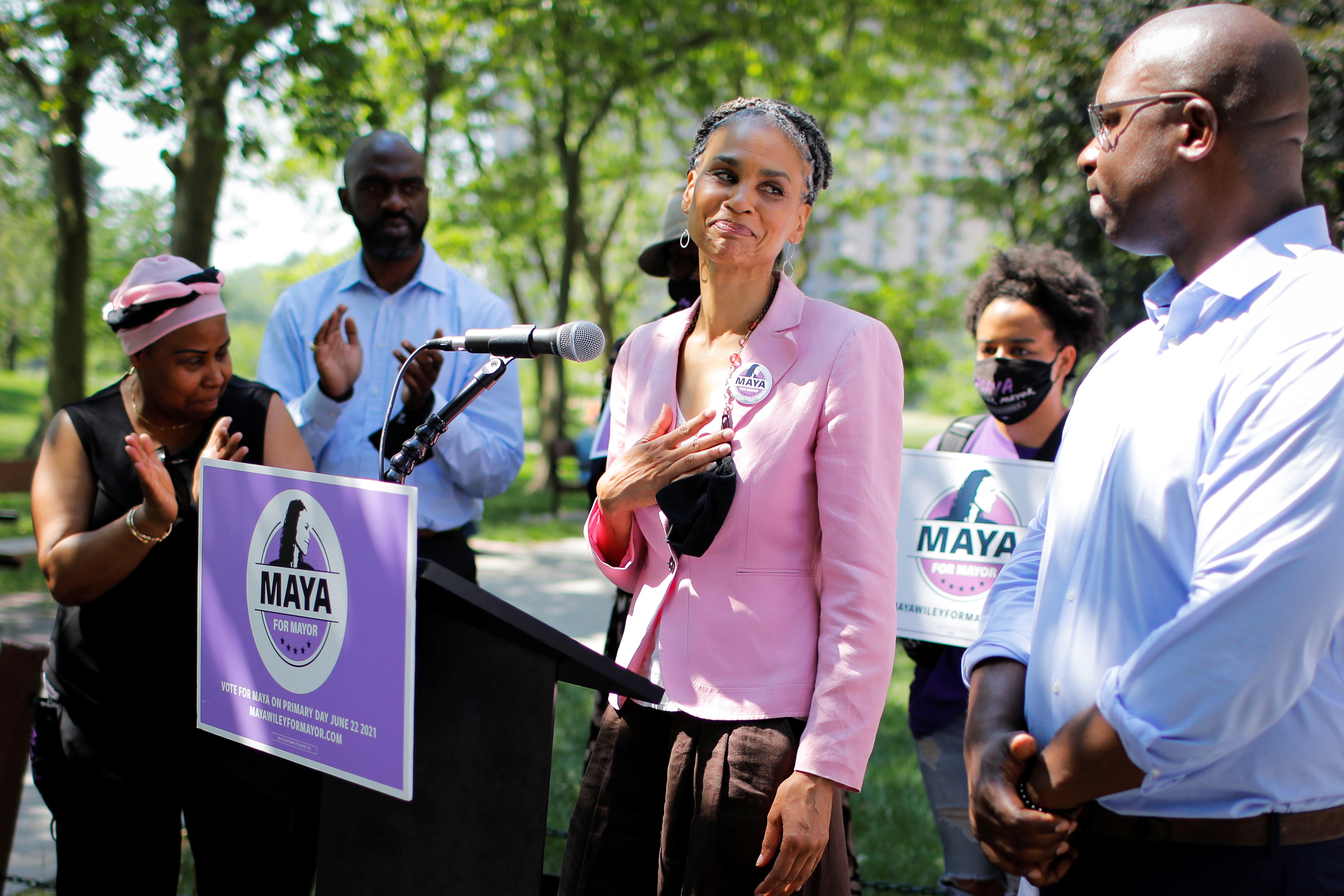 Up to half of the 200 households in the area reportedly pay the annual fees for the patrol.

Wiley lives in a historic $2.7million home in the 70th Precinct, which NYPD statistics show has seen a drop in many major crimes in the past year.

Yet it is right beside the 67th Precinct where auto thefts are up 45.9 percent, rapes up 18.2 percent, and felony assaults up nine percent in the past year.

Despite being endorsed by AOC, recent polling has Wiley placed in fifth after clashing with one of the front runners, Eric Adams, over her defunding plans.

On Saturday, she had slammed arrests made in Washington Square Park after protesters broke a new 10pm curfew for the area following reports of drug use and large gatherings. 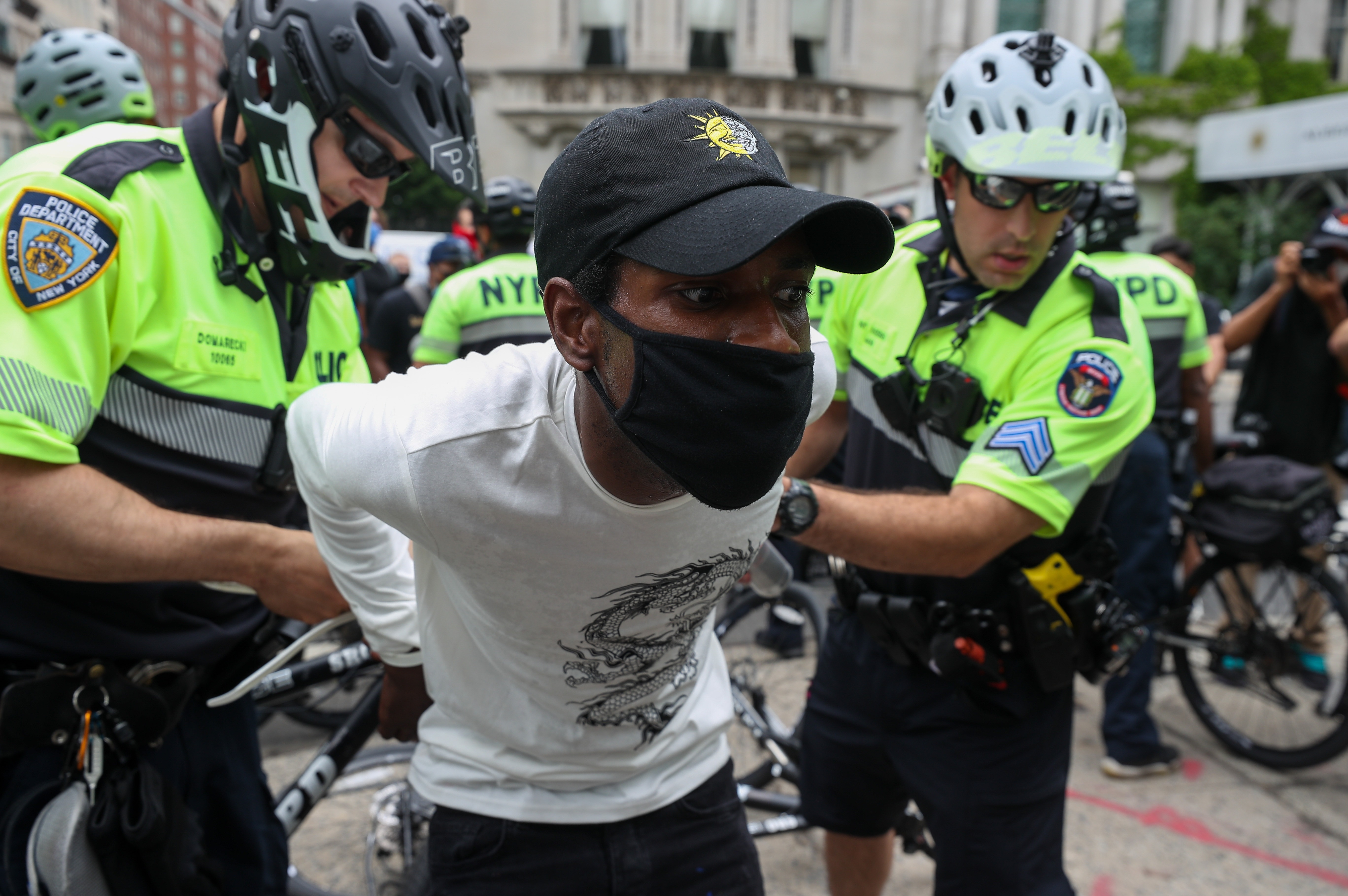 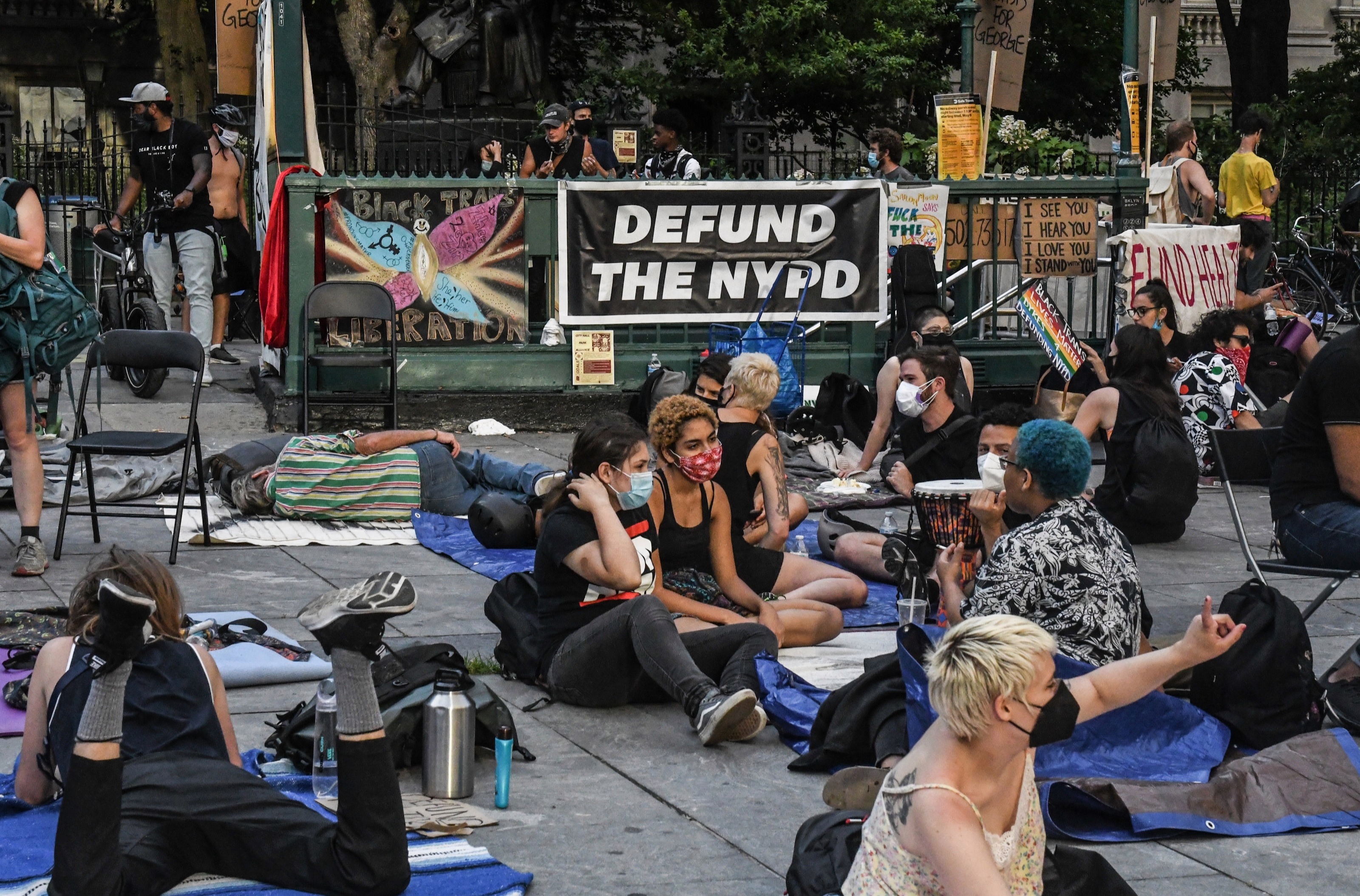 “It’s not riot-gear police officers showing up in Washington Square Park, using bicycles and batons to clear a public space.”

She has touted a police reform package that would appoint a civilian as police commissioner and freeze cadet classes for two years.

It would also remove the NYPD from mental health management, traffic, and immigration enforcement, as well as a range of other calls.

She claims that her proposal would reduce gun crime by 40 percent.

Wiley, who was born in upstate New York, was blasted by Adams, a former NYPD captain who is currently Brooklyn borough president. 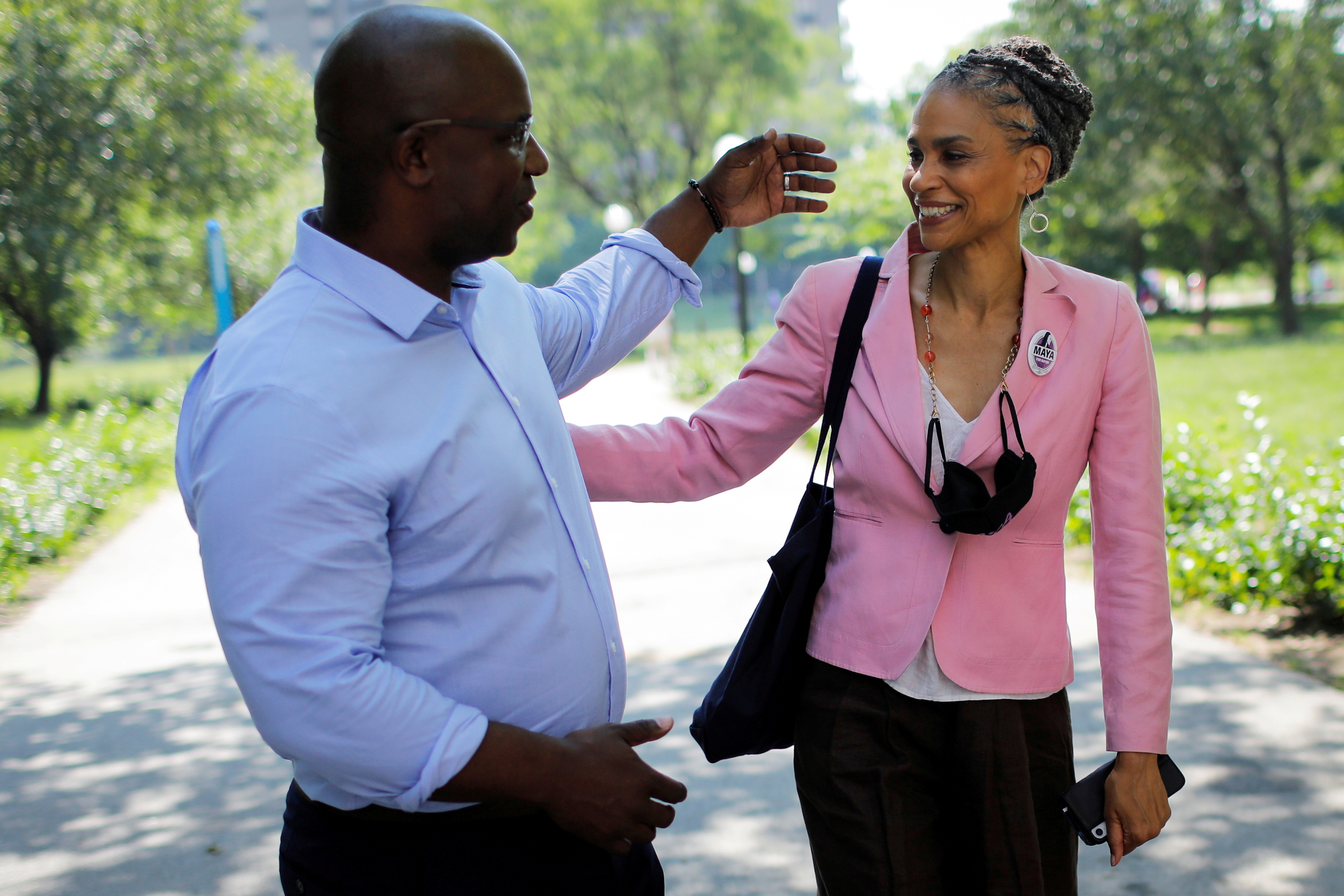 He spoke about the rising crime in the city and noted that "young people are being shot in our streets."

Murders in New York are up 48 percent since 2019, according to DailyMail.com, and shooting incidents are more than double.

He said that Wiley's plan to take $1billion from the NYPD budget would “be dangerous to our children and our families.”

On Saturday, he also slammed Wiley and AOC, claiming they “want to slash the police department budget and shrink the police force at a time when black and brown babies are being shot in our streets.”

Wiley has also been blasted as a hypocrite for calling school programs for talented kids "racially discriminatory" despite one of her daughters going to an academy for the gifted and the other to a $51,000-a-year private school, DailyMail.com reports.

Primaries for the New York City mayor will be held on June 22.

The Democratic nominee will be favorite to win.

Adams, Andrew Yang, and Kathryn Garcia are in the top tier but the race still remains wide open.