‘This is STILL how I have to travel to work’: Furious NHS nurse tweets snap of packed Tube as fury grows at Sadiq Khan over reduced services

The ‘dangerous’ and ‘disgusting’ conditions on the Tube entered a second week today as NHS staff continued to blast Sadiq Khan for a lack of rush hour trains as coronavirus engulfs Britain.

Carriages and platforms are packed with key workers again because of an insufficient number of trains to carry people with no choice but to go to work in central London to guide Britain through the crisis.

This means that commuters who usually wait around three minutes for a train into the capital are now facing gaps of up to 20 minutes.

Rachael Baines posted a shocking photo of a packed train today and said:  ‘I am a frontline NHS worker and this is how I have to travel to work due to @TfL reducing their service and people ignoring the #StayHome message. Absolutely disgusting’.

Edie Sousa, who was forced on to a packed Central Line, tweeted: ‘Tube stations too full! How are frontline NHS workers getting to work safely. It’s a joke’. 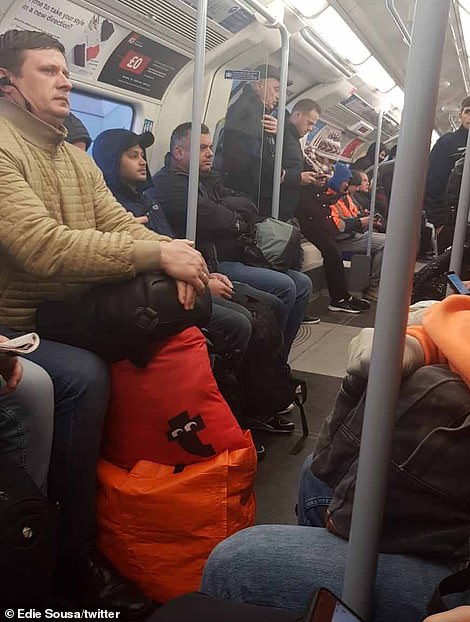 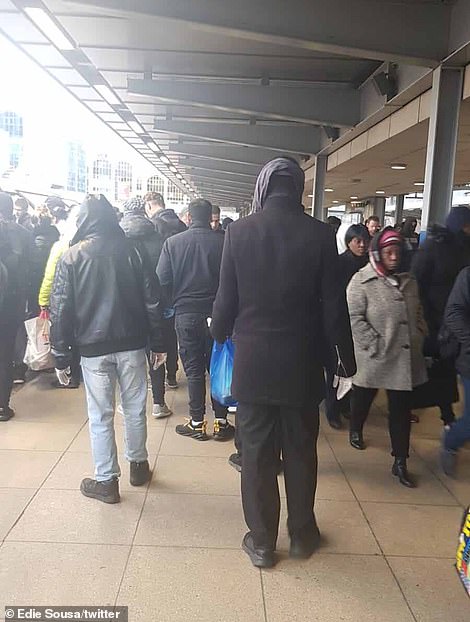 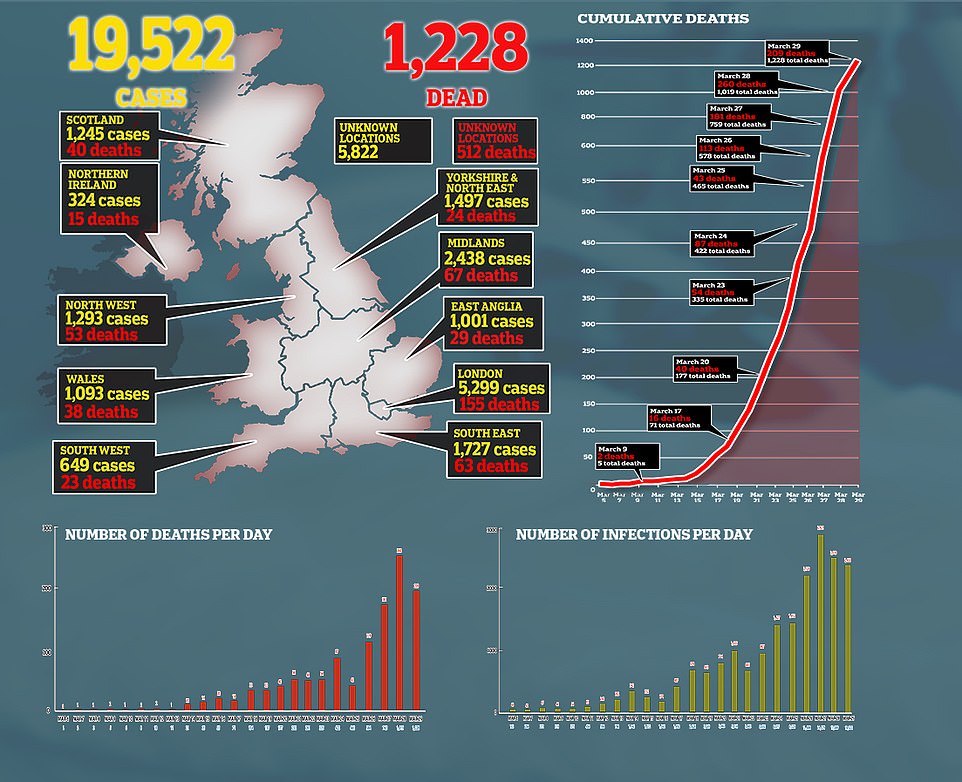 While BBC journalist  George Mann shared a photo of a sea of people at Leytonstone in east London where passengers were nose-to-nose with strangers as cases and deaths in the UK rocket.

Trains are now being doused in an ‘anti-viral’ spray bosses claim will keep coronavirus off seats and handrails for up to 30 days.

On the seventh day of Britain’s unprecedented coronavirus lockdown, rush hour carriages were packed with key workers still required to attend their jobs.

Sadiq Khan, the Mayor of London, has come under fierce criticism for reducing the number of trains running, which has left NHS staff and other employees in vital sectors at risk as they unintentionally flout social distancing rules during peak periods.

But as Mr Khan again faced calls to implement a fuller service yesterday, cleaners in hazmat-style suits were filmed spraying an anti-viral substance onto seats and handrails. The spray is said to keep carriages safe for up to 30 days.

He said Transport for London (TfL) had gone ‘too far’ in reducing services in a failed attempt to halt the spread of coronavirus and was now ‘struggling to recover.’

The comments were made during a closed Commons Transport Committee meeting between MPs via Skype on Wednesday. A note summarising the discussion was released to the media on Friday.

In light of Department for Transport guidance, Mr Shapps said he had raise six different points to improve the Tube overcrowding situation, including redeploying night staff during the day to run more trains.

He added: ‘The crowding was unacceptable. The situation had not been well handled.’

Passenger numbers on the Tube are already said to be down 91 per cent compared to the same period last year.

However, Mr Shapps said ‘more trains are needed’ not just to ease train overcrowding, but to eliminate crowds waiting at stations.

The anti-viral fluid being deployed on the trains – currently being used in hospitals – will also be used in stations and on the capital’s buses.

Despite the attempts to disinfect public transport, critics argue the measures do little to quell the spread of the virus given overcrowding issues.

Responding to footage of the cleaning regime on social media, commuters accused the Mayor of London of ‘throwing social distancing out the door’.

One added: ‘Does it stop someone sneezing on someone in a packed carriage at rush hour?’

Transport Commissioner for London Mike Brown said: ‘In the same way as national rail services into London have been reduced, we are also running fewer Tube trains.

‘This is because about 30 per cent of our own drivers, station staff, controllers and maintenance teams are not able to come to work, including those self-isolating or ill with coronavirus.

‘We are running as many trains in the early morning as possible. There has been crowding on some sections of the Tube at these times as London has adapted to our new ways of working.’

He added that 13million emails have been sent to Londoners asking them to stop travelling.