Save articles for later

Add articles to your saved list and come back to them any time.

A second union has accused Ambulance Victoria of a culture of bullying and harassment, saying it is unsafe for the mental health of staff and that examples of the damage suffered would be referred to WorkSafe as well as a human rights commission inquiry.

Jill McCabe, CEO of Professionals Australia, the union representing corporate and office staff at state's 4000-strong ambulance service, has called on WorkSafe to start its own investigation into mental health issues and workplace risk at Ambulance Victoria. 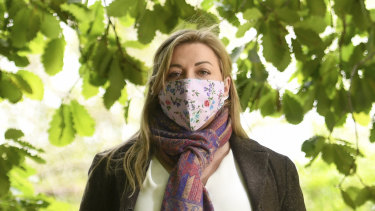 Paramedic and education facilitator Rasa Piggott has written an open letter to Ambulance Victoria’s board raising concerns about sex discrimination and harassment.Credit:Penny Stephens

"A number of members [are] currently undergoing psychological treatment or are on stress leave as as direct result of these behaviours … this is not about isolated cases but stems from a leadership failure," Ms McCabe said.

The union has taken Ambulance Victoria to the Federal Court alleging five employees were sacked without notice in February after they made complaints via the union about "unacceptable workplace culture and bullying and harassment" at work. It claims the workers were sacked without the consultation guaranteed by their Enterprise Bargaining Agreement. The case is set down for November.

On Wednesday it also emerged that a paramedic had attempted to take his own life outside Ambulance Victoria earlier this year having become distressed by alleged workplace bullying.

Two sources, both paramedics, told The Age that a colleague had attempted suicide in April "because no one in Ambulance Victoria or WorkSafe would take his allegations seriously and so he felt the only way to have this investigated was to go to the coroner".

"My friend often spoke about the need for a royal commission into mental health and culture in AV. While the harassment was not sexual, the conduct can only be described as bullying, victimisation and discrimination against my friend who had mental health issues as a result of being bullied in AV," one paramedic told The Age.

"This is widespread and there [are] massive cultural issues in AV that no one wants to address," he said.

Ms Piggott said in her letter she had been documenting examples for several months and her claims have been backed up by more than 30 paramedics and other Ambulance Victoria staff who have spoken to The Age after it reported Ms Piggott’s letter and other claims of serious sexual harassment, victimisation and gender discrimination particularly towards mothers wishing to work part time.

Ms Piggott said her paramedic colleague had fortunately been able to recover his health and was hoping to return to work soon.

Professionals Australia also asked Commissioner Hilton to include allegations of bullying directed at its members. One of its members, who wished to remain anonymous, said, “I have been seeing a psychologist since last year which has helped but I am so traumatised it makes turning up to work each day so difficult.

"I love my job and my colleagues and working for the community, but how can you perform at your best when you know the abuse will be buried by leadership?"

ACTU president Michele O'Neil told The Age, "these workers spend every shift saving lives, they should be safe, supported and respected within Ambulance Victoria.

"It is now almost eight months since the Morrison Government received the Australian Human Rights Commission’s report of the National Inquiry into Sexual Harassment in Australian Workplaces – [email protected] The Government has not acted on a single recommendation from this report," she said.

“We welcome the announcement of the Victorian Equal Opportunity and Human Rights Commission inquiry but immediate action needs to be taken. These workers already have a legal right to be safe at work and Ambulance Victoria has an obligation to ensure that they are.

“The same effort, energy and resources that have gone into preventing assaults on first responders should be applied to ending sexual harassment and discrimination for these workers.”

Sex Discrimination Commissioner Kate Jenkins said, "[email protected], our national inquiry into sexual harassment in Australian workplaces, told us that sexual harassment is widespread and common across all industries in all locations … No industry is immune.

“It takes a great deal of courage for victims of sexual harassment to speak out, and they are often understandably fearful of the consequences of doing so. [email protected] recommended that all sectors take industry and profession-wide action to address sexual harassment now, rather than placing the burden on individuals to come forward.

“This year, we have seen reporting of allegations of sexual harassment across a range of industries. I would encourage boards and leadership teams across Australia to recognise that we are a turning point, and to take positive action to ensure every worker has a safe and respectful workplace.”

People who have experienced discrimination or sexual harassment can contact the commission's Inquiry Line on 1300 292 153 for more information about their rights and how they can make a complaint.

“I have been seeing a psychologist since last year which has helped but I am so traumatized it
makes turning up to work each day so difficult. I love my job and my colleagues and working for
the community, but how can you perform at your best when you know the abuse will