British teacher, 20, who is stranded in rural Honduras faces five-hour taxi ride to airport through dangerous region controlled by violent gangs as family urge government to help bring her home amid coronavirus lockdown

The family of a ‘scared’ 20-year-old British woman stranded in Honduras because of the coronavirus pandemic is calling on the Government to bring her home.

Freya Madeley, 20, is trying to return from a rural area of the Central American country, where she had been volunteering as an English teacher.

It is understood the British Embassy has secured a seat on a Swiss flight to Zurich on Thursday and will provide her with an official safe passage letter to get to the airport.

But her family, from Nailsworth, near Stroud in Gloucestershire, say the five-hour taxi ride to the capital city Tegucigalpa is too dangerous as police and gangs vie for control amid the country’s strict lockdown. 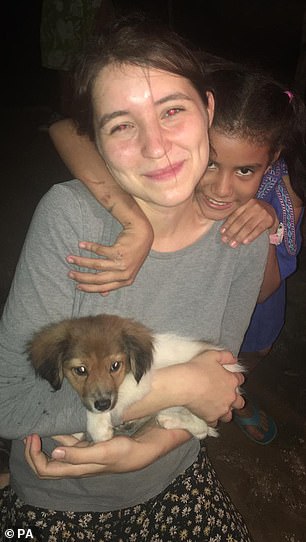 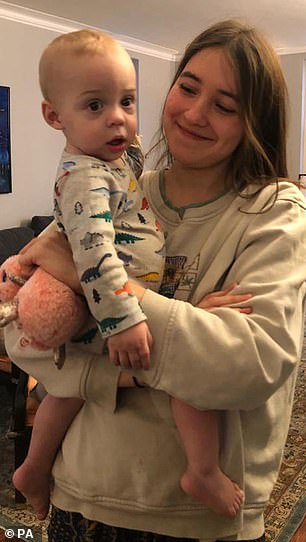 Freya Madeley (pictured) was volunteering in Honduras, Central America, as an English teacher when the pandemic hit 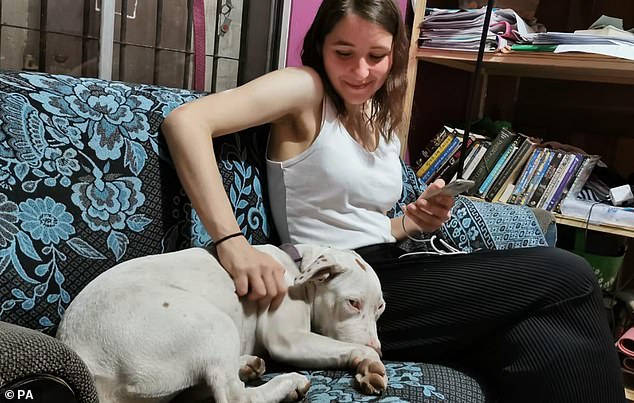 ‘Food is getting scarce there. At the moment there is a complete lockdown with gangs and police trying to control it. She hasn’t got much local currency. She’s basically completely stuck.’

The family are calling for the Government to arrange a repatriation flight for her and other British travellers from Ramon Villeda Morales International Airport, around 30km away from the school she had been working at.

Ms Madeley said her daughter had her bags on a flight to Frankfurt last week but did not secure a seat, while another young British woman she was volunteering with flew home.

‘She’s going to be on her own there, in rural Honduras,’ she said. Sister Holly, 24, said she doesn’t think the Government is doing enough to help stranded citizens and that Freya has been left in danger.

‘The lockdown in the area is primarily being enforced by local gangs, however occasionally heavily armed police will show up in my sister’s town, provoking widespread terror,’ she said.

‘She has been warned by locals that the police have the authority to shoot anyone who runs away from them, and she has witnessed incidents of police brutality upon members of the public caught breaking the area’s 3pm curfew.

‘At nighttime, no one is allowed outside and doors and windows must be kept closed, as helicopters spray disinfectant across the town in an attempt to stop the virus from spreading.’ 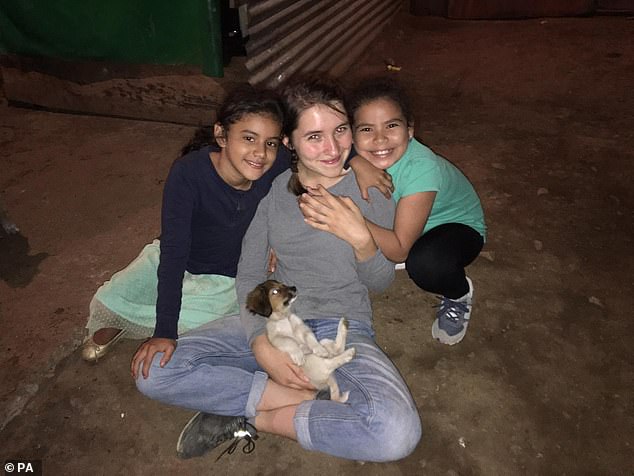 Holly said there are roadblocks, with armed men demanding payments to pass through, around Honduras and the family do not think it is safe for Freya to travel to Tegucigalpa.

‘We do not know whether there will be any further flights provided by other EU countries, and we do not know when the UK government will get around to chartering its own repatriation flight,’ she said. ‘My sister is very afraid, and our whole family is worried for her safety.’

A Foreign and Commonwealth Office (FCO) spokeswoman said: ‘We know it’s a difficult time for many British travellers abroad – especially those with challenging circumstances.

‘Our consular teams are doing everything they can, especially for those in difficulty, to keep Brits informed on the latest developments and help them return – on commercial flights where they are still available or special charter flights as well. We’ll continue working around the clock to bring people home.’

It comes after the Government announced more flights to repatriate UK nationals stranded around the world on Monday, with hundreds of thousands of people struggling to return to Britain due to coronavirus travel restrictions.

The FCO revealed details of flights to bring tourists back from India, Nepal, the Philippines and South Africa – but travellers will have to pay up to £1,000 for a ticket.