London: The youngest member of Britain’s Parliament, Nadia Whittome, said she would take several weeks off on the advice of her doctor after being diagnosed with post-traumatic stress disorder, in a candid statement that has shined a spotlight on mental health issues.

Whittome, 24, announced her plans to step back in a statement shared online, detailing how, in recent months, she had been “battling some persistent health issues” and had been trying to manage while continuing with her full-time work as a lawmaker. 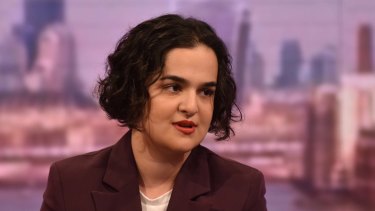 “Unfortunately, it has become clear that this is not feasible, and I have been advised by my doctor that I need to take several weeks off in order for my health to improve,” she said. “I feel it is important for me to be honest that it is mental ill-health I am suffering from — specifically post-traumatic stress disorder (PTSD).”

Her comments come as health experts warn of a spiralling mental health crisis in Britain in recent months, as the country grapples with the coronavirus pandemic.

While Whittome declined to go into detail about her circumstances, she said that she hoped being open about her mental health would help encourage others to speak. But she said the decision to take time off had been “an incredibly difficult one to make.”

Representing her district was “the greatest honour of my life and I am very sad to have to step back for a little while,” she said, and thanked her colleagues in the Labour Party for their support. “I cannot wait to come back to the job I love, representing the community that means so much to me.”

When Whittome was elected in 2019 at the age of 23 as a lawmaker for part of Nottingham, a city in central England, she was the first person of black or Asian heritage to represent her district. She has been vocal about her pride as a woman of colour representing a diverse city.

She was given the unofficial title “Baby of the House” — a moniker bestowed on the youngest serving member of the House of Commons. Speaking to the BBC last year, she said that while the term could feel “infantilising,” she was proud to represent a new generation of Britons.

“I see it as my role not just to be in Parliament myself but to amplify the voices of other young people,” she said. “We are a generation that has a very different outlook.”

Whittome, whose father is of Punjabi heritage, has been an outspoken advocate for many causes, from social justice to women’s rights, a role that has sometimes drawn criticism from those on the other end of the political spectrum. After activism during widespread protests against a controversial policing bill earlier this year and the Black Lives Matter protests last year, she detailed a torrent of abuse.

In an interview with the news outlet The Independent last year, she spoke of the hate mail and racist abuse on social media that had become the norm, and of having to report a series of death threats to the police.

The abuse she detailed, particularly on social media, has become typical for many women in Parliament. Female lawmakers, and in particular women of colour in Parliament, have long faced abuse, both online and in person, at a disproportionately higher rate than their male counterparts, reports have shown. Before the last general election in 2019, in which Whittome won her seat, some women chose not to stand in the election, citing the abuse.

Her office is still open and staff are still working while she takes leave.

And while the details behind Whittome’s trauma were not given, her frank discussion of her mental health struggle also highlights a broader issue, mental health experts said.

David Crepaz-Keay, the head of applied learning at Britain’s Mental Health Foundation, a charity that has been carrying out a nationwide study of the pandemic’s impact on mental health since early last year, said it was also indicative of a shift in public discourse.

“We’ve noticed a huge change in the kind of broader public willingness to engage in talking about mental health, even over the last five years,” he said, pointing to society’s long history associating shame and disgrace with mental illness.

But more recently, public acknowledgment of mental illness — including by other members of the British Parliament and lawmakers elsewhere like Kjell Magne Bondevik, who took a leave of absence as prime minister of Norway in 1998 and spoke openly about his depression — has helped to normalise the struggle.

But he did note that some mental health issues remained less discussed, particularly around trauma, schizophrenia and psychosis.

“For Nadia to talk about post-traumatic stress disorder is another chip away at that,” he said, and particularly when many people across the country and the world were struggling with the trauma of a global pandemic, it was an important moment.