DUBAI — A United Nations report accuses Blackwater founder Erik Prince of assisting in violations of an international arms embargo on Libya, placing the military contractor at risk of U.N. sanctions, according to a diplomat with access to the report.

The report by the U.N. Panel of Experts that monitors the ban on transfers of weapons to Libya says companies controlled by Mr. Prince provided three aircraft to assist in sending helicopters and military contractors to help Russian-backed Libyan warlord Khalifa Haftar in 2019.

The plan to send Western mercenaries to Libya developed as foreign weapons and fighters poured into the country in 2019 and 2020 from a variety of outside powers, including Russia, Turkey and the United Arab Emirates, deepening a conflict that has been ongoing since 2014, the report says, according to the diplomat. 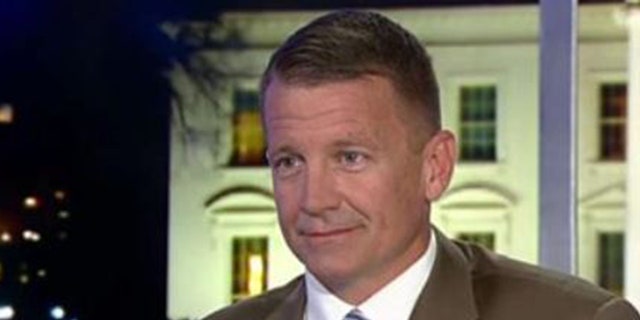 Mr. Prince is likely to be referred to the U.N.’s Sanctions Committee, which could order a freeze on his assets or a travel ban, according to the New York-based diplomat and a former official with knowledge of the situation. The permanent members of the Security Council, including the U.S., Russia, or China, could veto any potential sanctions against Mr. Prince, who has had dealings with all three countries.

“Erik Prince had absolutely nothing to do with any operation in Libya in 2019, or at any other time,” a spokesman for Mr. Prince said in an email.

“Erik Prince had absolutely nothing to do with any operation in Libya in 2019, or at any other time.”

A U.N. spokesman said the organization had no specific comment on the Panel of Experts report.

“It is incumbent on our member states to ensure that the sanctions are respected and enforced,” said U.N. spokesman Stephane Dujarric De La Rivière.

The report itself has been finalized and submitted to the U.N.’s headquarters in New York. It is unlikely to be altered before it is released to the public in the coming weeks, according to diplomats.

Mr. Prince, a former Navy SEAL, came to prominence during the Iraq war, when Blackwater provided private security guards to U.S. officials and contractors working for the company shot dead more than a dozen Iraqi civilians in a 2007 mass killing in Baghdad. Blackwater has since changed its name to Xe Services and later Academi.

Mr. Prince’s financial and political ambitions rose because of his close relationship to the Trump administration. Mr. Prince is the brother of Mr. Trump’s former education secretary, Betsy DeVos. In December, Mr. Trump pardoned the four Blackwater guards accused in the 2007 killings.

According to the diplomat, the forthcoming U.N. report says companies controlled by Mr. Prince sold three aircraft to people who sent Western mercenaries and military hardware to aid Mr. Haftar in the opening months of the commander’s failed assault on Libya’s internationally recognized government in Tripoli. Launched in April 2019, Mr. Haftar’s attack on the capital plunged Libya into its worst fighting since the armed rebellion that overthrew Col. Moammar Gadhafi in 2011.

According to the diplomat, the U.N. panel’s report says that firms controlled by Mr. Prince sold three aircraft through a series of shell companies to a Dubai-based company, Lancaster 6, which sent helicopters and a group of Western mercenaries to Libya to support Mr. Haftar. The plan unraveled, and the fighters left Libya.

One of the planes, a Pilatus PC-6, was delivered to Libya for use in reconnaissance and intelligence operations for Mr. Haftar’s forces, according to the diplomat with access to the report. A U.S. company, TST Humanitarian Surveys, controlled by Mr. Prince through a U.S.-based attorney, sold the plane to another company in Austria partly owned by Mr. Prince, which then sold it to Lancaster 6 in June 2019, the diplomat with access to the report said. The plane arrived in Libya days later, according to the diplomat.

The other two planes, including an Antonov An-26 cargo plane intended to transport helicopters, arrived in Jordan and didn’t fly to Libya, but were identified in the report as part of a broader plan to send military aid to Mr. Haftar.

The plan also involved several associates of Mr. Prince, according to the diplomat and the former official with knowledge of the situation. The operation was first reported last year by Bloomberg and the New York Times. Until now, U.N. investigators hadn’t directly accused Mr. Prince of being involved in the scheme.

Using funds from a Dubai-based company and a cover story involving a fake plan for a geospatial survey in Jordan, the team later obtained in South Africa three Aérospatiale Gazelle helicopters and three Super Puma helicopters. At least one of the helicopters was transported to Libya. The helicopters were purchased for a total of more than $13 million, a price well above their market value and one that suggested profit was a key motive behind the operation.

“This is basically a scheme where they wanted to make money around procurement of weapons,” said the former official with knowledge of the situation.

“This is basically a scheme where they wanted to make money around procurement of weapons.”

The role in the effort of companies based in Dubai also highlights Mr. Prince’s close ties to the United Arab Emirates and its ruler, Crown Prince Mohammed Bin Zayed. Mr. Prince has been linked to a range of mercenary efforts on behalf of the Emirates, including an effort to combat Somali pirates, according to a previous U.N. report. The U.A.E. also has been a key military backer of Mr. Haftar, sending air defenses, armed drones, ammunition and airplanes to support the militia leader’s campaigns, according to multiple U.N. reports. Mr. Prince visited Abu Dhabi in recent weeks, according to the diplomat.

The U.N. report, the diplomat said, also accuses Mr. Prince of violating a U.N. Security Council resolution by failing to provide information about the alleged violations of the arms embargo when contacted by the Panel of Experts.

In addition to naming Mr. Prince in the report, the U.N. Panel of Experts is also expected to separately refer Mr. Prince to the United Nations’ Sanctions Committee, which will make a decision about whether to impose an asset freeze or travel ban to be implemented by individual countries including the U.S., the diplomat said.