Beyond Meat is letting go of an executive who allegedly bit someone's nose outside of a football game last month as part of a 19% reduction in the plant-based meat company's global workforce that also includes the embattled company's COO.

Beyond Meat stock were down more than 7% in pre-market trading as of 7:12 AM ET.

The company stated that the last day of Chief Operating Officer (COO) Doug Ramsey would be Friday. Ramsey had been on suspension since September 20 after the alleged incident, which took place inside an Arkansas parking garage following a University of Arkansas football game.

According to a preliminary police report obtained by local television station KNWA/Fox 24, Ramsey was arrested on September 17 after the 53-year-old allegedly "punched through the back windshield" of another vehicle during a road rage altercation after the vehicle hit the front tire of the food executive's car.

After the owner of the vehicle got our of the car, according to the report, Ramsey began hitting him and “bit the owner’s nose, ripping the flesh on the tip of the nose.” Ramsey, who had joined the company in December 2021, was reportedly charged with terroristic threatening and third-degree battery. 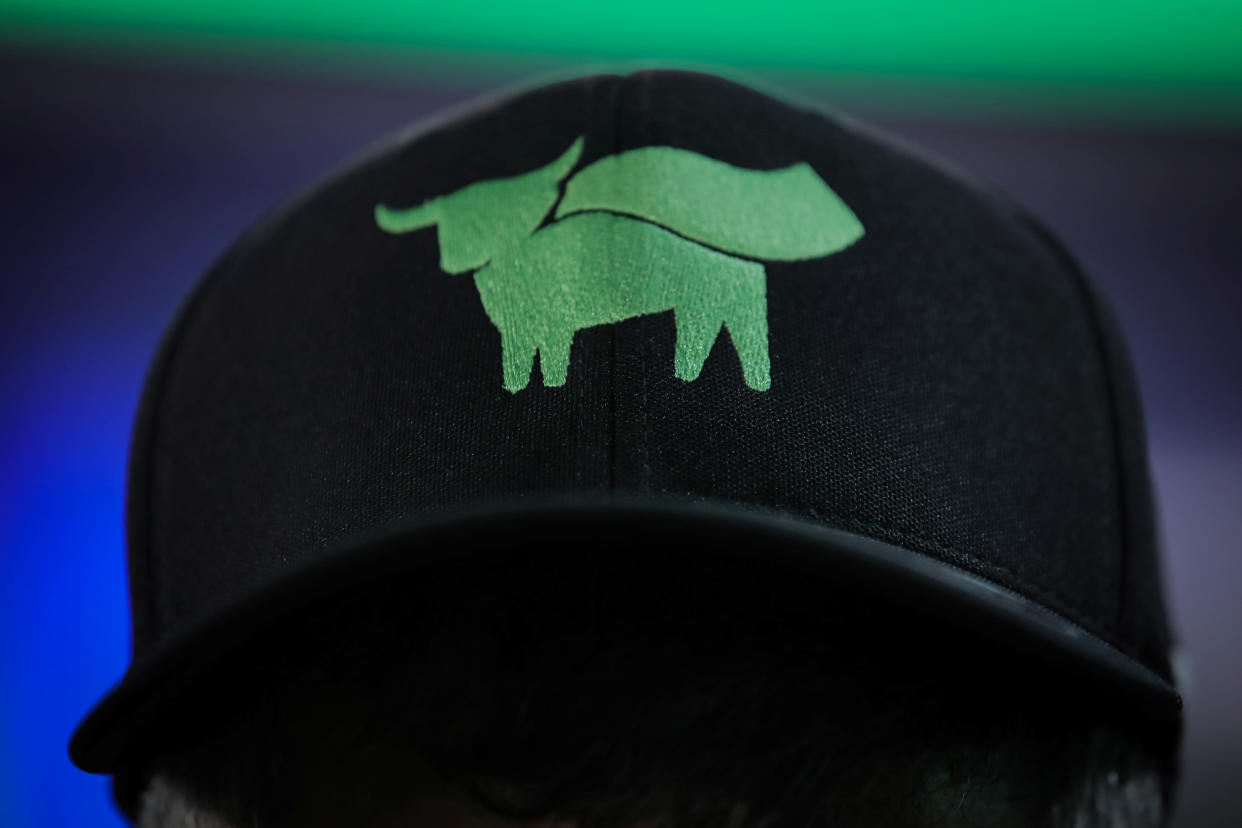 Beyond Meat also issued a material third quarter sales warning, and announced that the company's CFO is also stepping down. The plant-based meat maker previously slashed its global workforce by 4% and cut its full-year guidance after reporting a wider-than-expected loss after the second quarter. 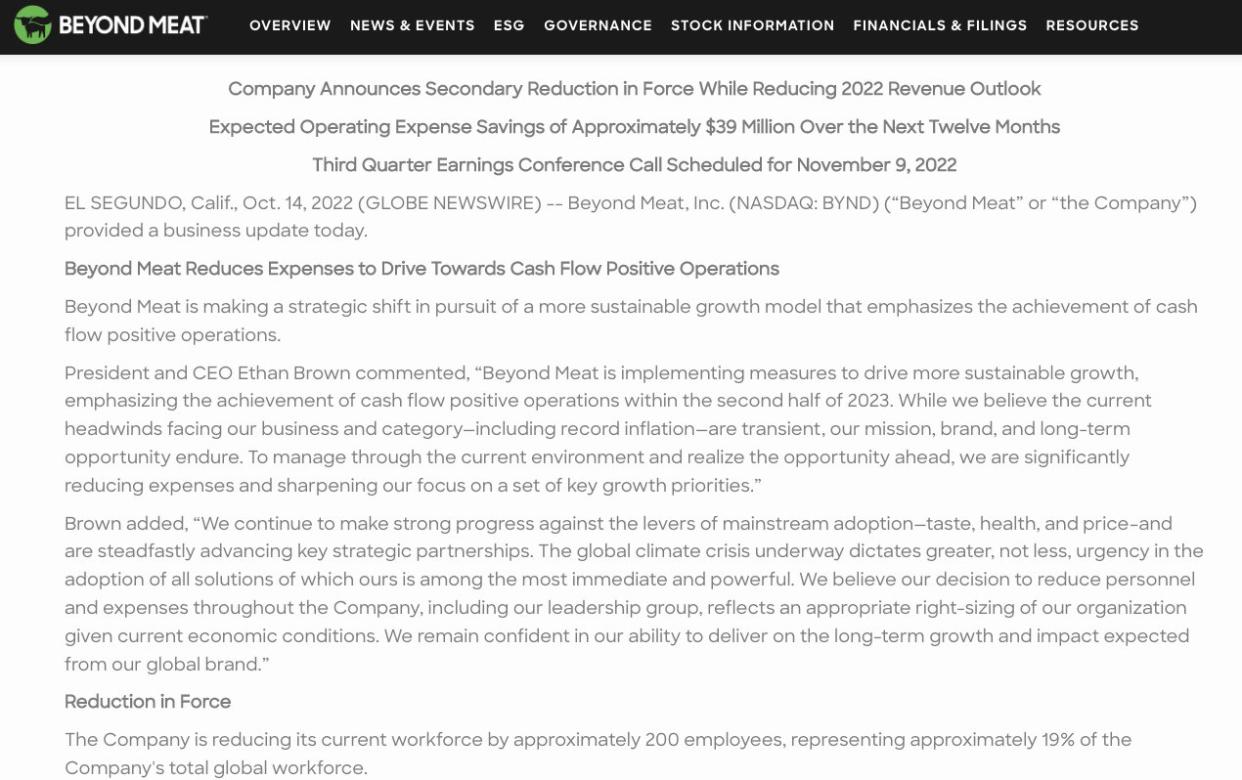 Brian Sozzi is an editor-at-large and anchor at Yahoo Finance. Follow Sozzi on Twitter @BrianSozzi and on LinkedIn.

Click here for the latest stock market news and in-depth analysis, including events that move stocks

Download the Yahoo Finance app for Apple or Android